There’s a photo from 1957 that shows a police officer in Italy standing next to a woman wearing a bikini. The officer is apparently writing her a ticket while showing a small smirk on his face. Since this was the 1950s, it was offensive to wear a bikini in a public place like a beach. This particular incident happened to be at a beach in Rimini, which is located in the Adriatic coastal area of Italy. 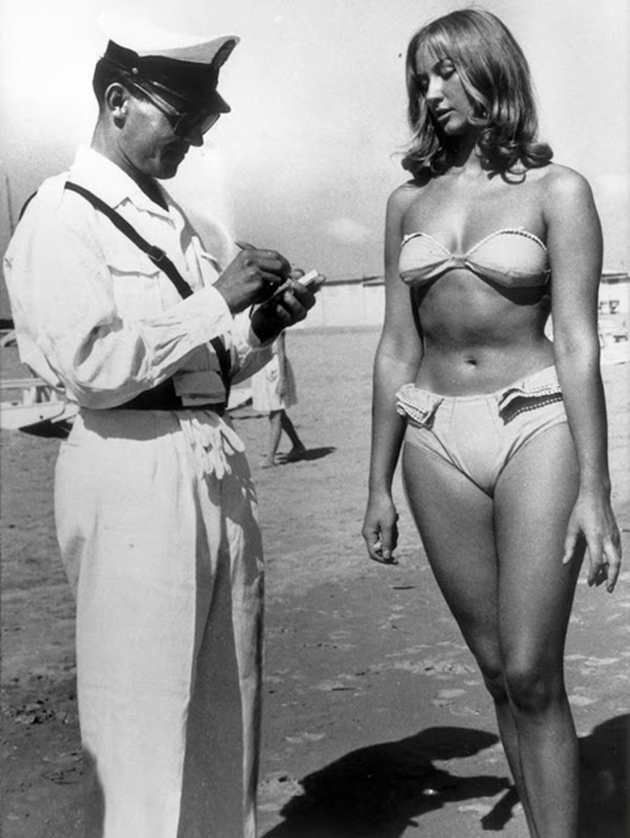 Bikinis were first introduced to the public on July 5th, 1946 by a French engineer named Louis Reard and was modeled by a woman named Micheline Bernardini. The Bikini was named after an atomic bomb testing location called Bikini Atoll. The wearable bikini was very well received by French women when they were first introduced to it. However, the bikini was not well received by the media, the Catholic Church, and a substantial portion of the public in general. They found it to be scandalous and offensive.

By the late 1960s, the bikini was reintroduced and accepted by both eastern and western countries. You could even see actresses like Ursula Andress and Raquel Welch wearing them in their movies. This made all young women want to wear them too.