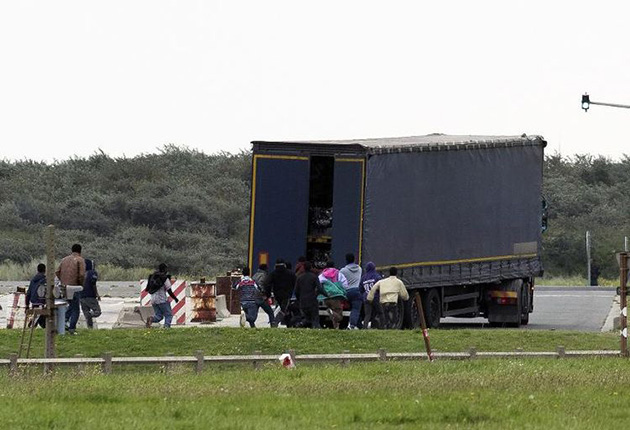 According to the 2016 Global Slavery Index, it is estimated that 45.8 million people in the modern age are still subjected to slavery or at least some version of it. These results are based on national surveys conducted in 167 different countries in regards to slavery. Out of these 45.8 million people, roughly 58% of them live in India, Uzbekistan, Bangladesh, Pakistan or China.

But when the countries are examined by the proportions of their people who are enslaved, the results are a little different. According to Statista, North Korea has the highest estimated level of slavery by proportion in the world. Roughly 4.37% of the North Korean population is showed to be enslaved. 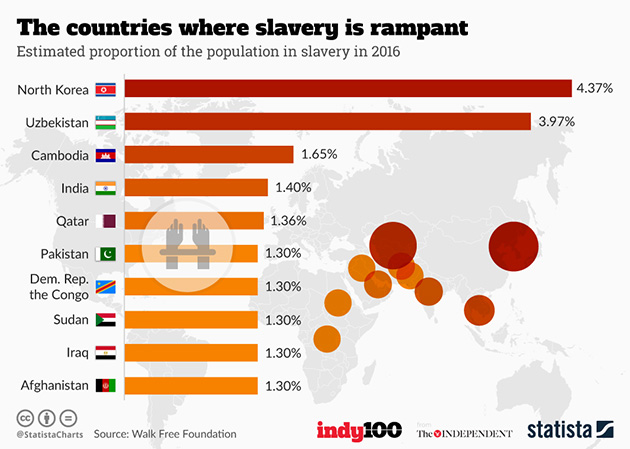 But slavery doesn’t just happen in third world countries or communist countries. In the United Kingdom, roughly 0.018% of its population is believed to be experiencing modern day slavery. This percentage comes out to about 11,700 people living in the U.K.

In 124 of the countries that participated and responded to the assessment, they already have laws against human trafficking. There are also 150 of these national governments that provide services to assist those who’ve been victimized by slavery in the modern age. Only 96 of the countries have National Action Plans.