Since children are the future generation, we want to do everything we can for them, which includes keeping them happy, healthy, and safe. 6-year-old Charlotte didn’t feel supported when she got her second cochlear implant, so her father – the loving man that he was – got tattoo to match his daughter’s cochlear implant so she wouldn’t feel so out of place. Without giving it a second thought, he shaved his hair off and the tattoo artists put the image on his scalp, a new experience for the father doesn’t have any other tattoos. He says that he did it out of his love for her so that she wouldn’t feel alone or different.  Since hearing loss runs in the family, Dad said that Charlotte fit in with her siblings and Mom, but not with the other kids at her school. By getting this tattoo, which he gladly shows off, he hopes to make all of his children feel that their hearing loss doesn’t mean they have to stand out and be different, they just have to see that they are all unique and important. 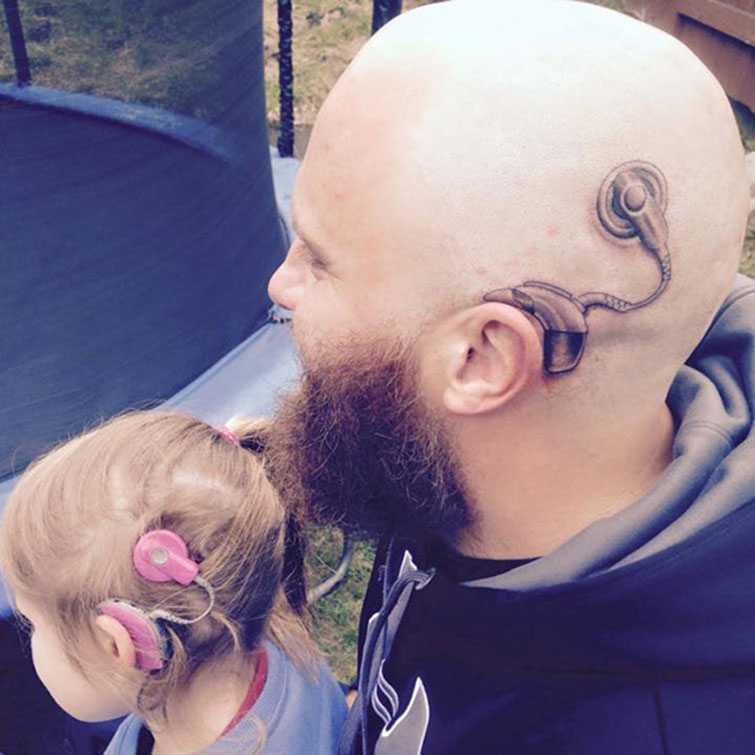 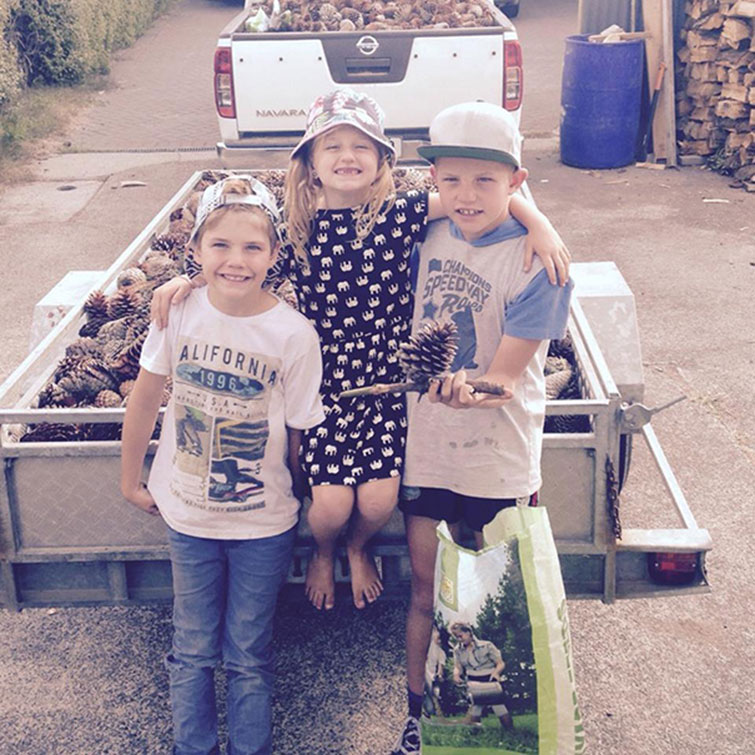 Dad Alistair was determined to support his daughter 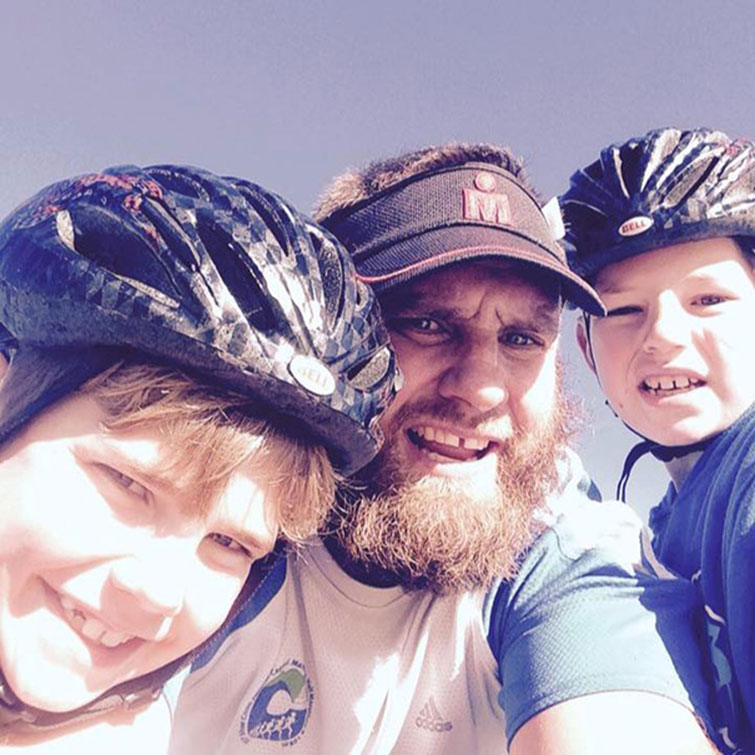 When she was getting ready to get her second implant, he had one tattooed on his head 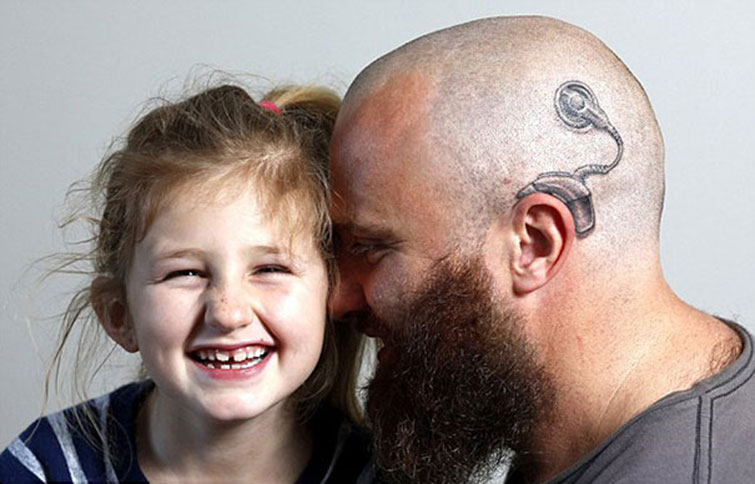 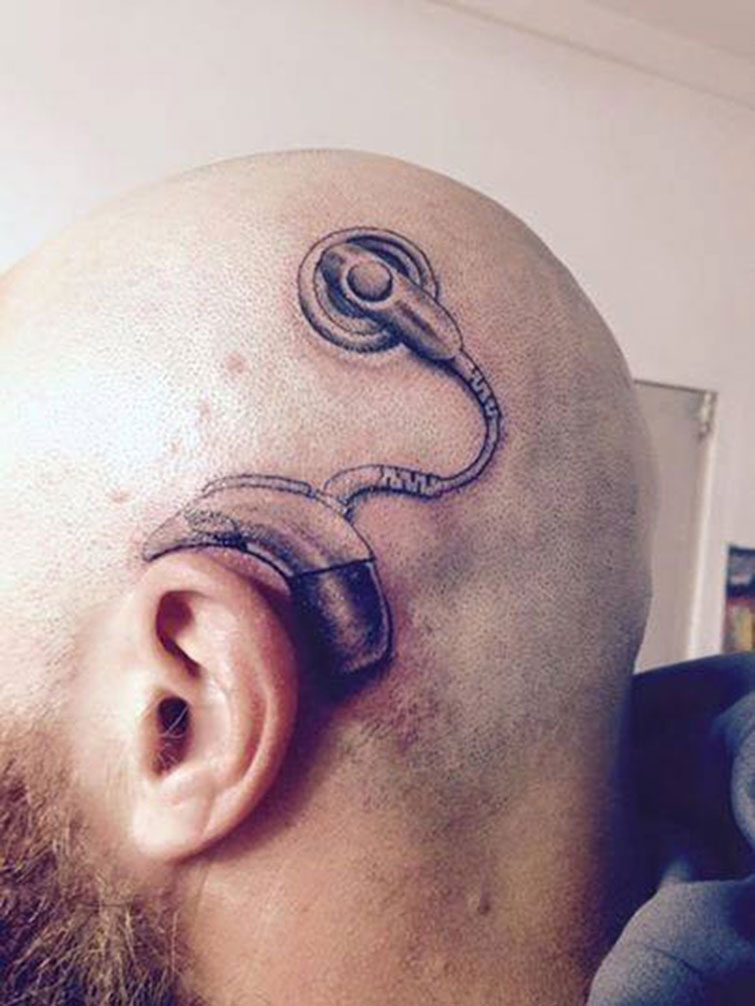