Soviet mosaics that still decorate many buildings may be called a specific kind of art that deserves care and timely restoration.

Mosaics were also used for different purposes. They were documenting historical events, scenes from everyday life, plants, and animals. At the same time, they were also an instrument for delivering political messages.

Originally in the style of socialist realism, the officially sanctioned art form of the USSR, public murals of this ilk began to appear all over the Union in the 1930s

Since the disintegration of the Soviet Union in 1991, much of the vast empire’s public art—or propaganda—have perished as well. Socialist Realism was the dominant style of the day—that is, art that bolstered the socialist message by glorifying the proletariat and celebrating civic triumphs.

The Soviet elements of the cities are not just manifested in wide avenues and drab apartment blocks, but also in the vast murals and mosaics that adorn many buildings.

We collected some of the interesting pieces of Soviet Mosaics. 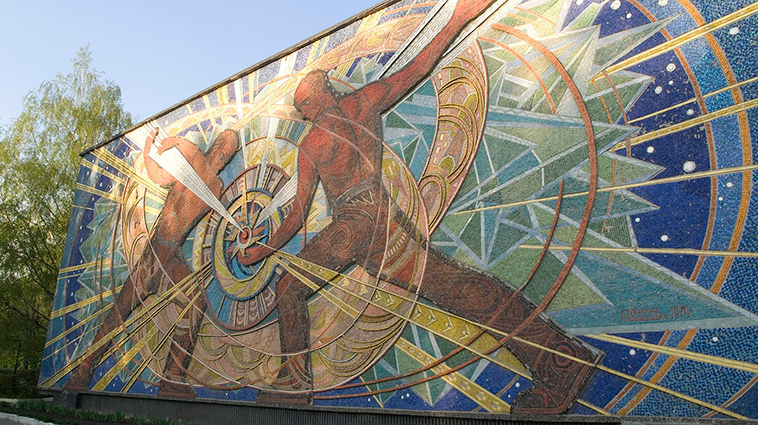 A Soviet couple is immortalized on the side of a ferro-alloy plant in Zestafoni. 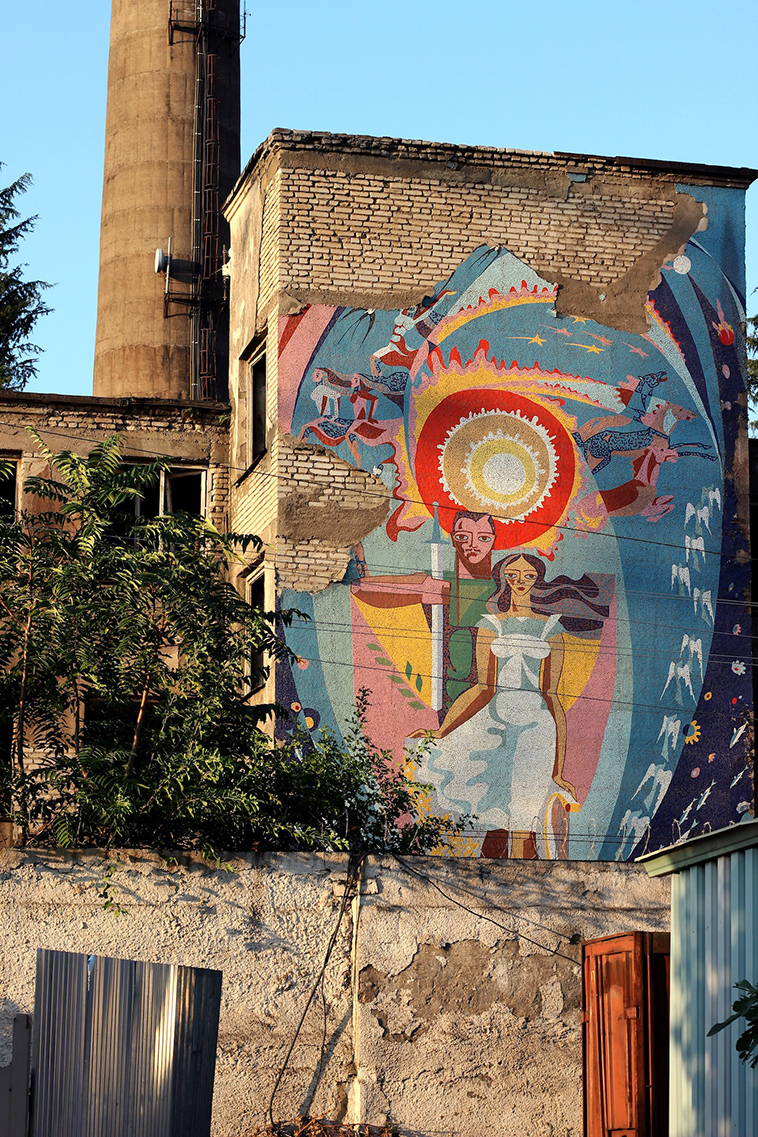 On the same ferro-alloy plant, this mosaic served as a reminder that, through incredible group effort, the U.S.S.R. sent the first man to space. 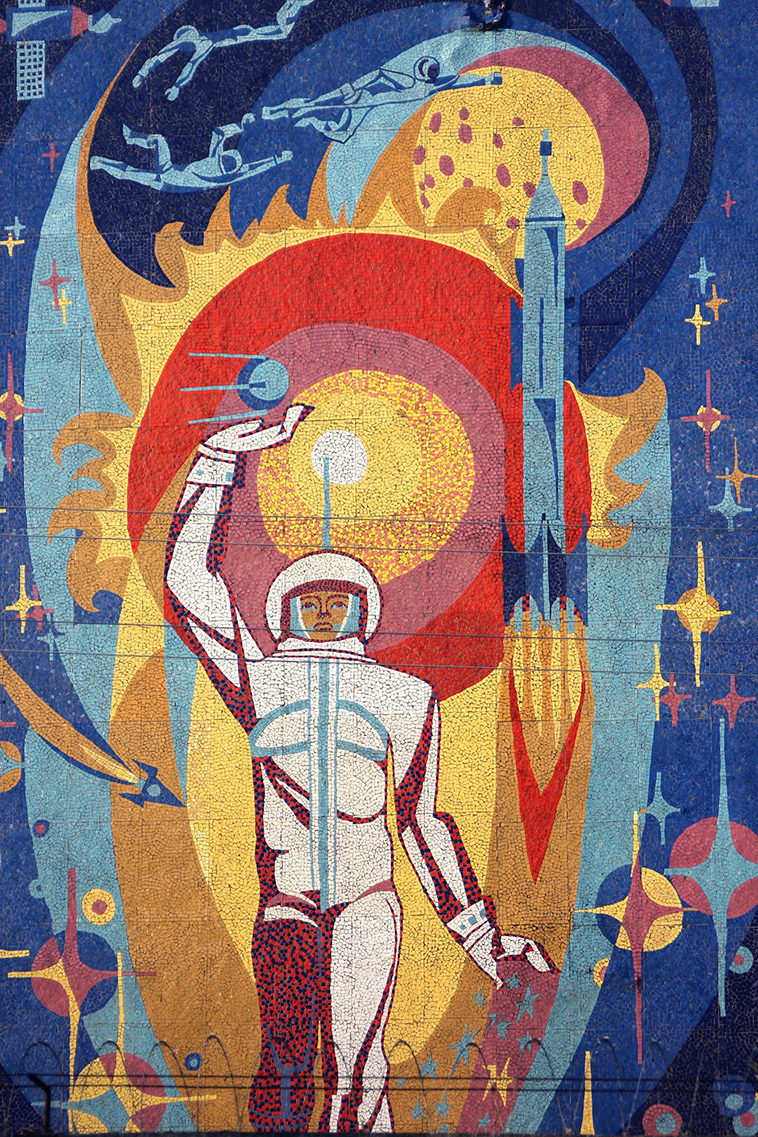 A mosaic in Semey, Kazakhstan 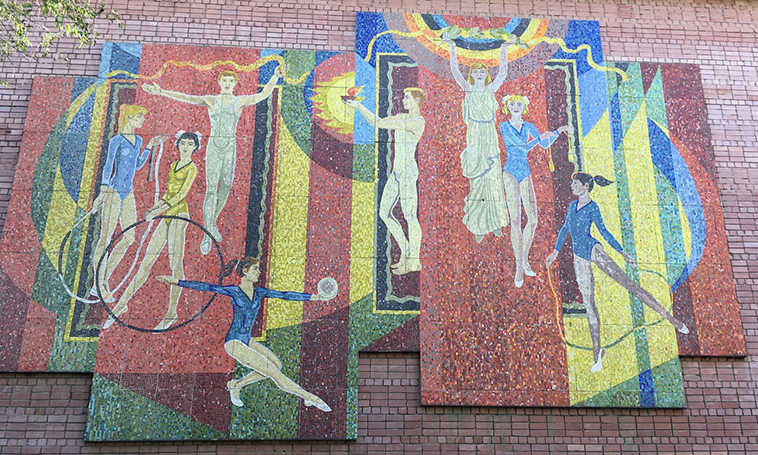 1977-1979 painting on relief by Ernest Kotkov at the National University of Physical Education and Sports of Ukraine, Kyiv 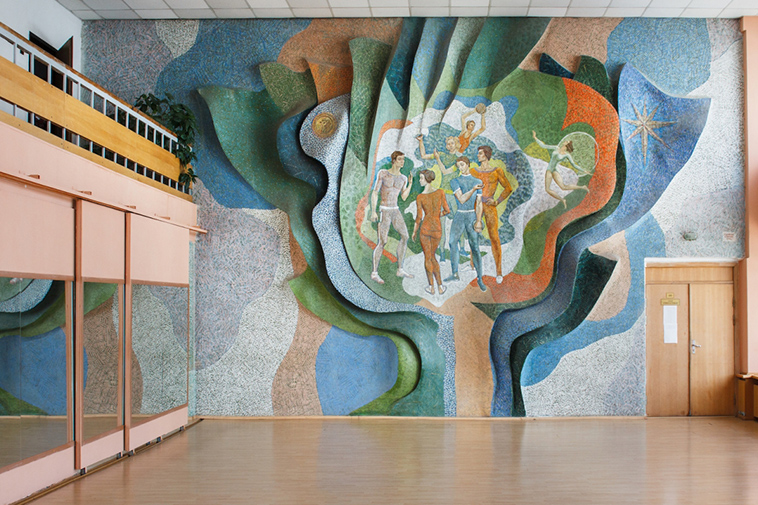 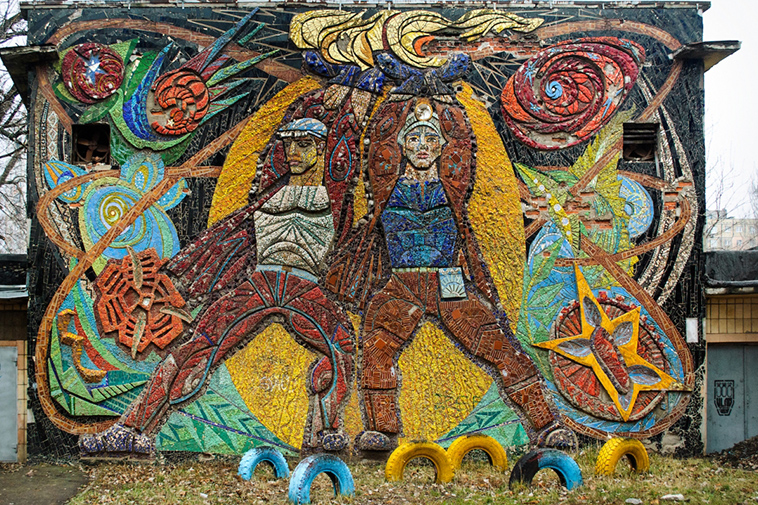 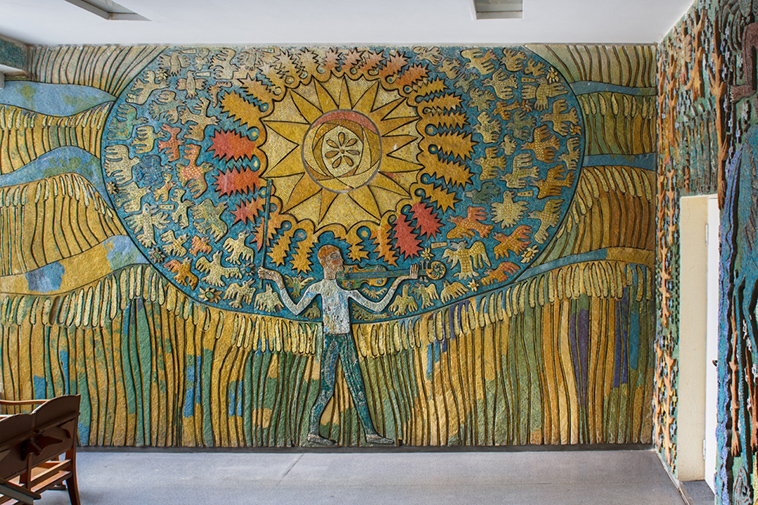 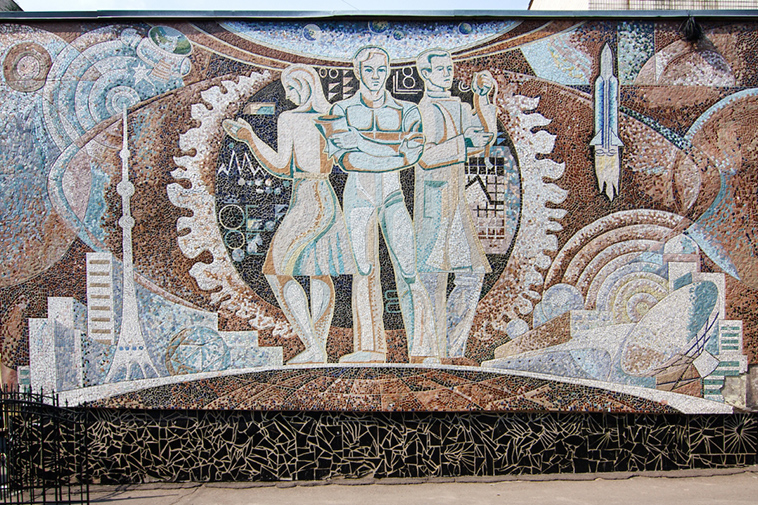 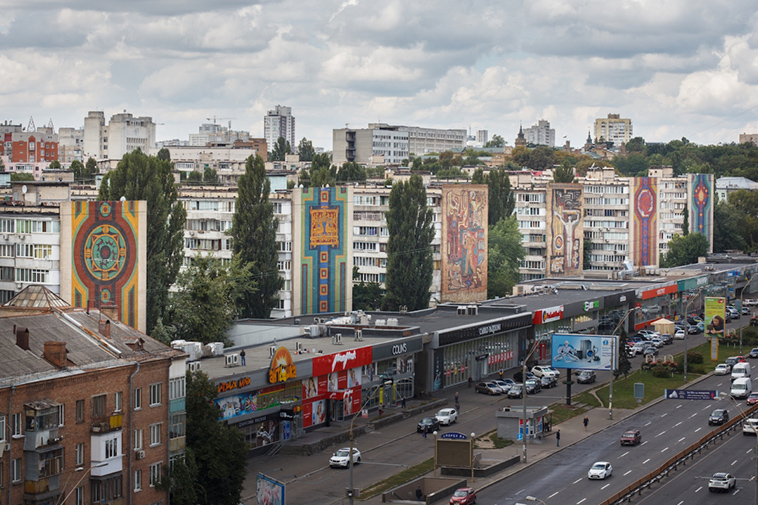