Pit Bulls are one among the most widely loved breeds among dogs. Meet Brinks, a Pit Bull that is highly adorable and makes you go in awe with him. You will be delighted to look at it smile; an expression you will rarely get to see in dogs.

Brinks was seen wandering completely lost in the streets of Brooklyn one day and suddenly, he ran into a man and his dog. The dog he ran into was Demo, while its owner was Jon. Jon took the dog and tried to search for the owner. He tried for a month and there was no luck. Then, he decided to keep Brink with him, who was only 11 months old then. It has now been 12 years and Brinks is still thankful towards Jon for rescuing him. 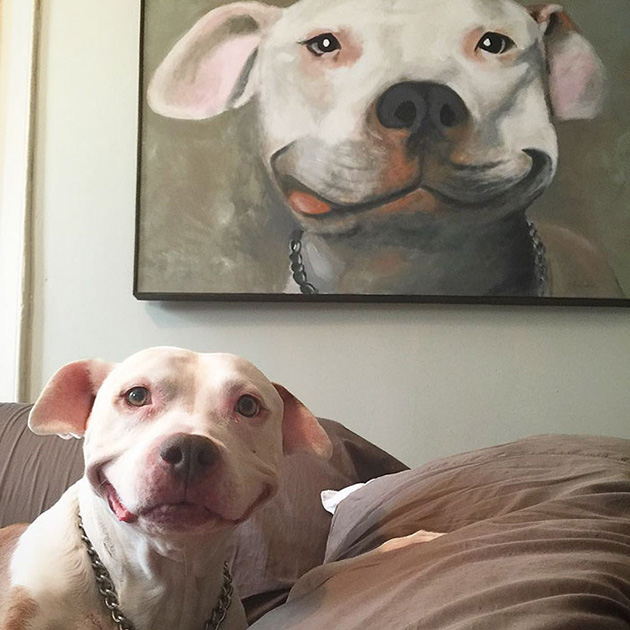 Just look at that smile! 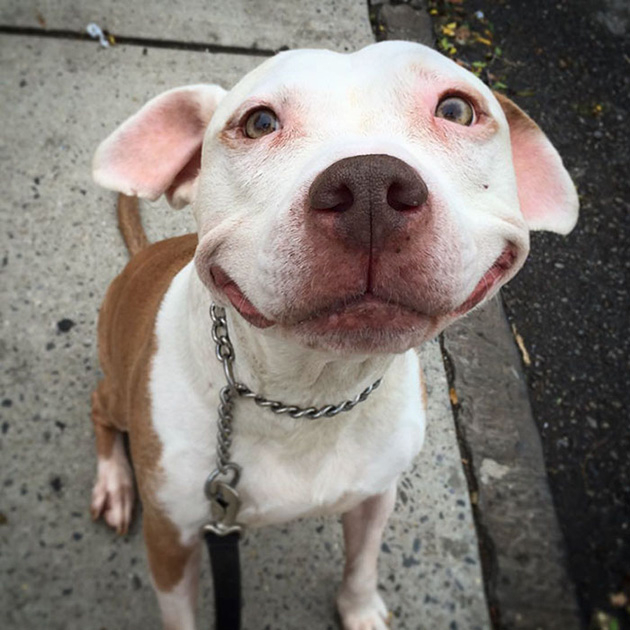 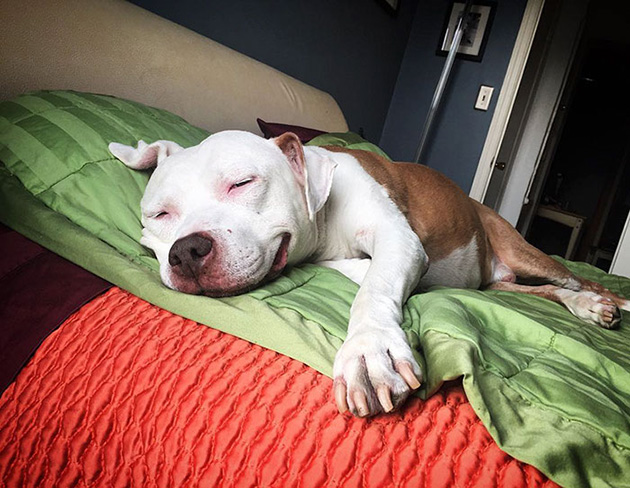 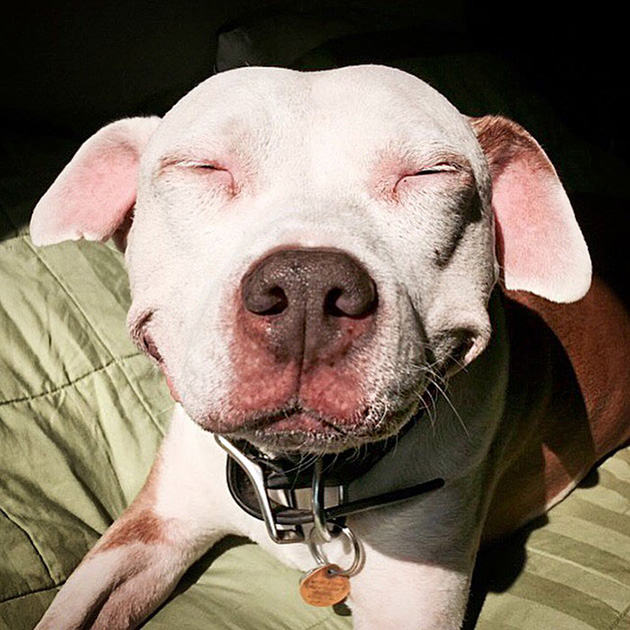 So Jon decided to adopt him, and 12 years later Brinks can’t stop smiling! 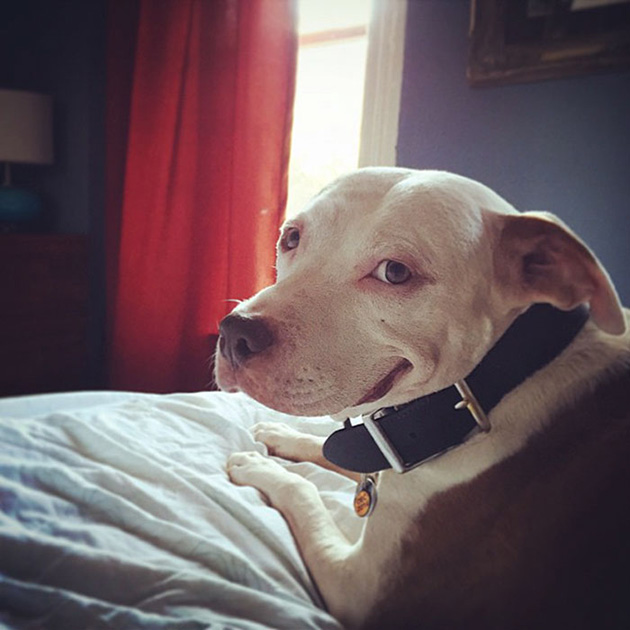 “The most amazing thing is how Brinks grins like a human frequently in response to situations he enjoys,” Jon said 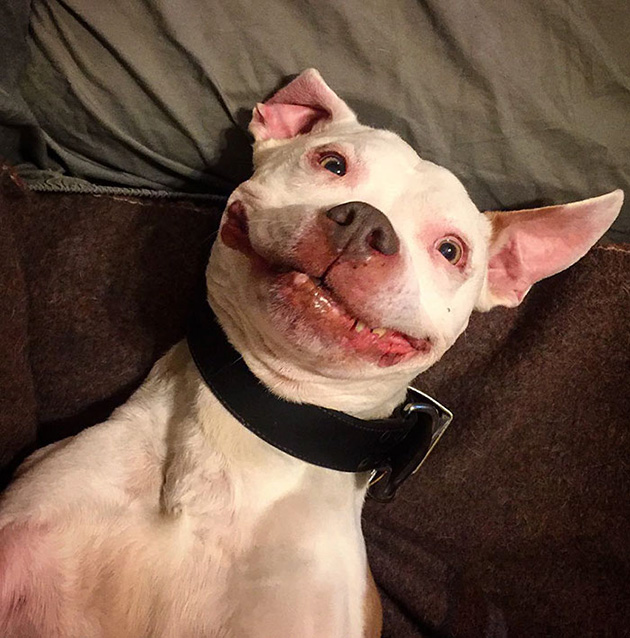 “He smiles for treats, he smiles when you greet him in the morning and when he’s sleeping” 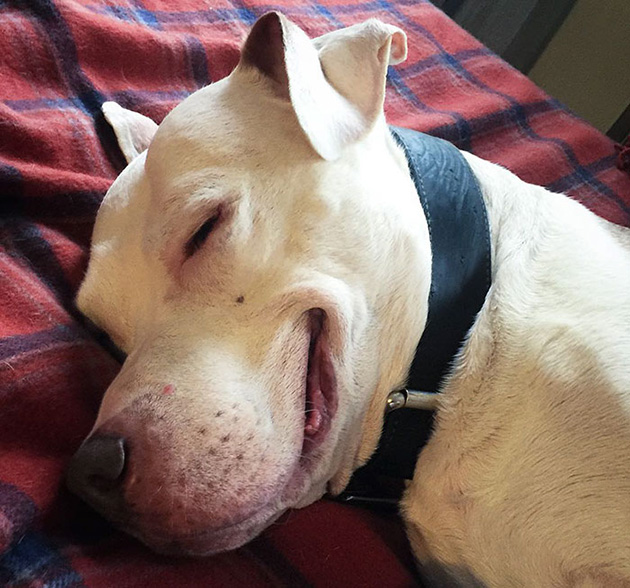 “He grins when he rides in the car, when he lies in the sun (or in front of the fire) and whenever he generally seems happy” 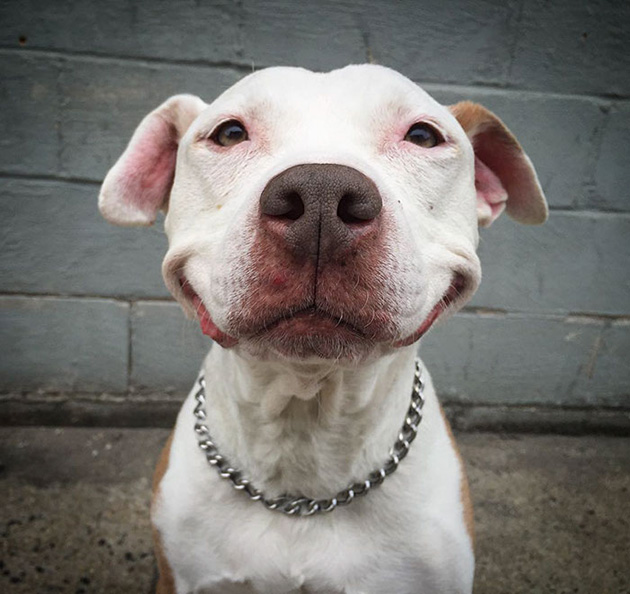