For most people, the furthest thing to art and snow is that of a snow angle or an inventive snowman. Map orienteer Simon Beck has taken things to a whole new level as evidenced by his rendering of a dragon in the snow using nothing but footprints to complete the design. The snow dragon was created in a field of snow in Yakutsk, Siberia, with Beck creating a geometric image, meaning it can only be properly seen from a distance and above ground level. This isn’t the first piece of snow art that Beck has created, having started out a while back as a way to get some exercise. His first image was a pentangle that was designed on a snow-covered lake, where he used a compass to plot the movements and used snowshoes to make the impressions in the snow. Now he has completed over 200 different images after he was forced to leave his profession, taking it up as a part-time form of exercise and artistry. The gigantic snow dragon was created as part of a film still for the product known as Drakony, and the majority of Becks other work can be found on his website. 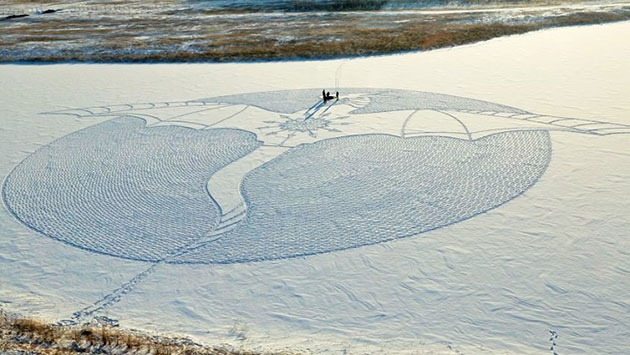 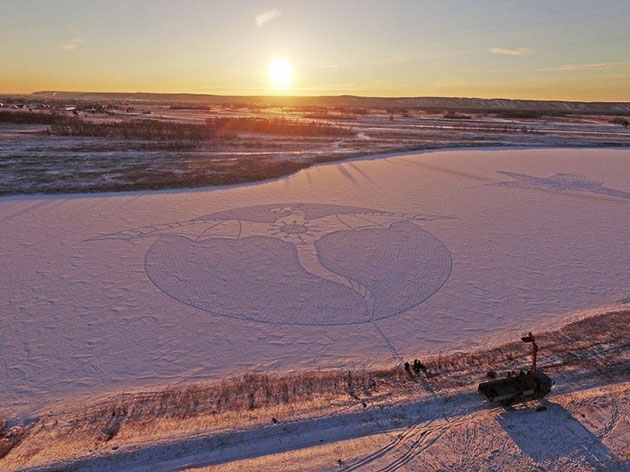 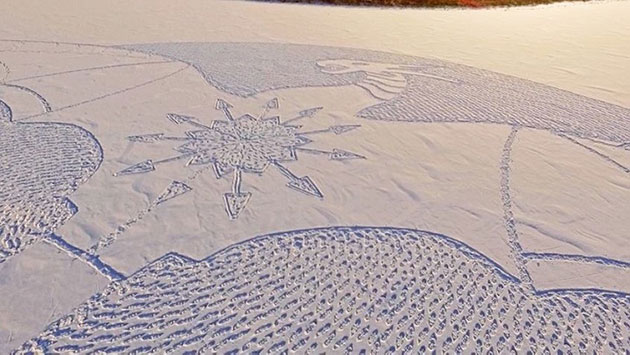 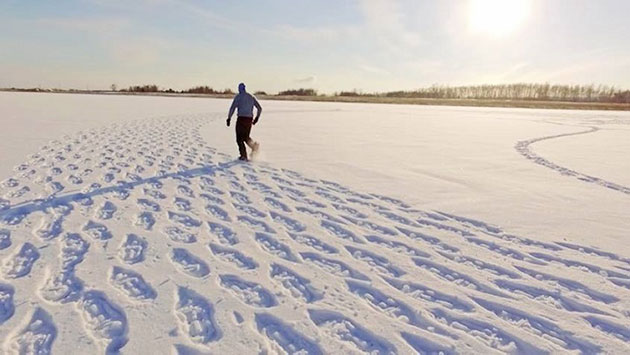 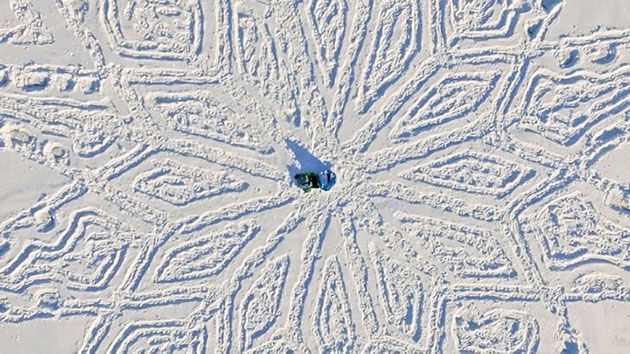 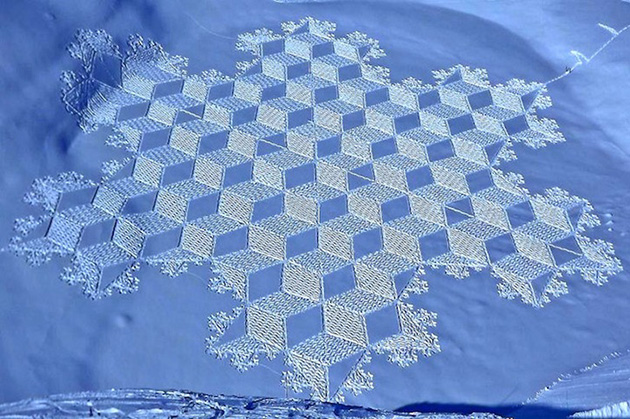 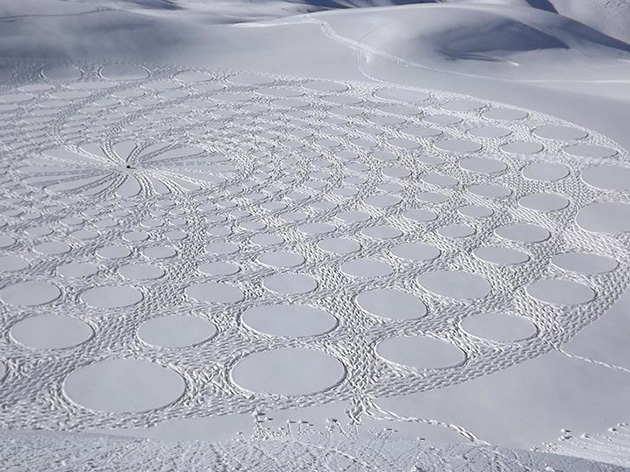 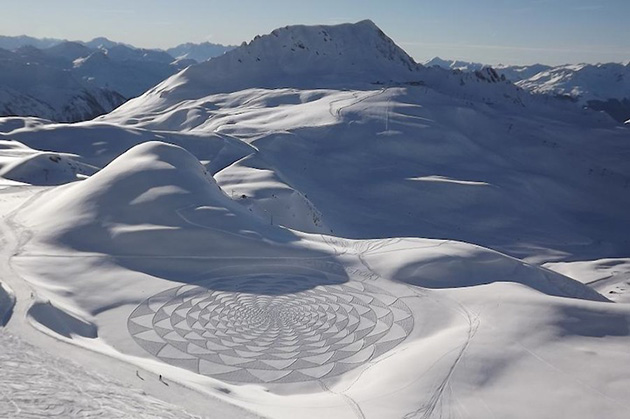 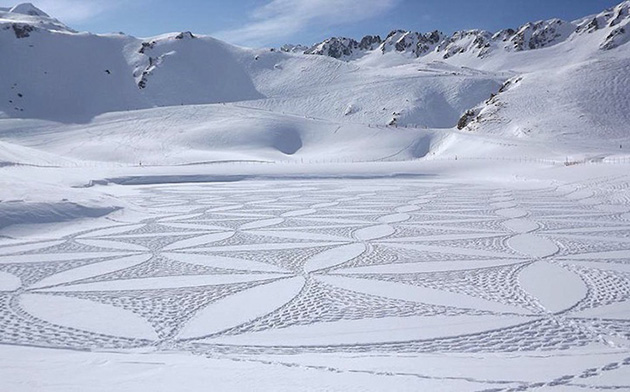 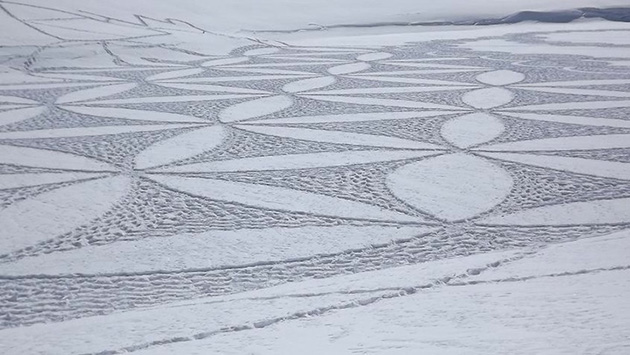 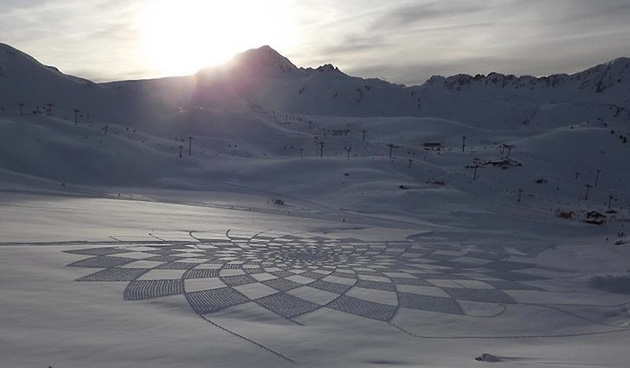 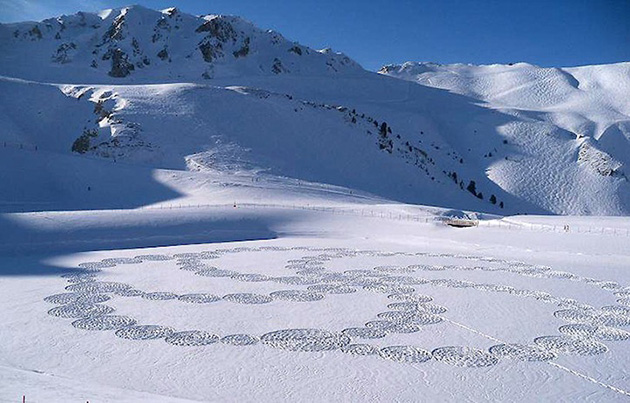 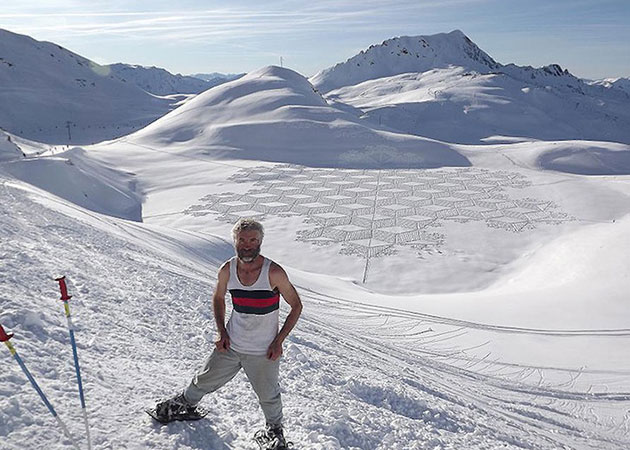 A Man Takes A Single Rake To The Beach… When You Zoom Out And See It’ll Blow Your Mind! 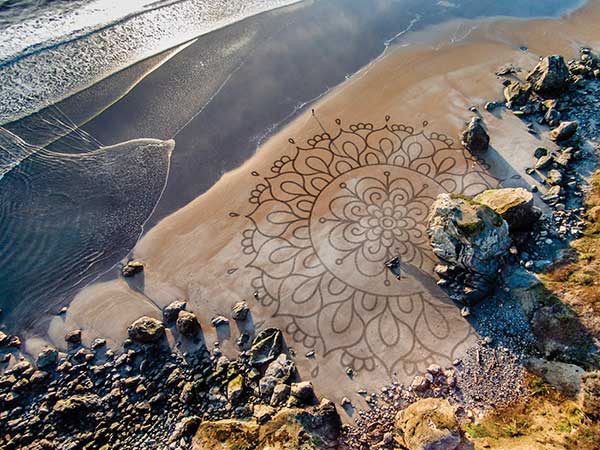 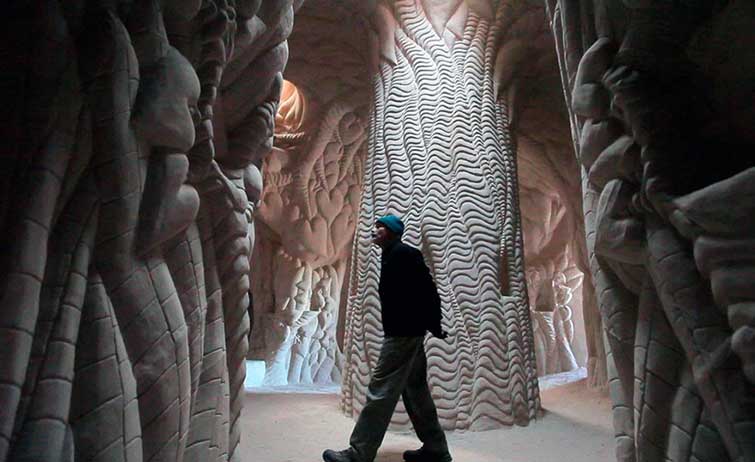