In 1960, David Latimer planted a garden inside of a giant glass bottle and sealed it shut.

Almost 60 years ago, David Latimer had opened a bottle. And he had planted a seed that would soon amaze the entire world. The plant grew successfully and fully covered up the bottle. The ecosystem is close and totally functional. 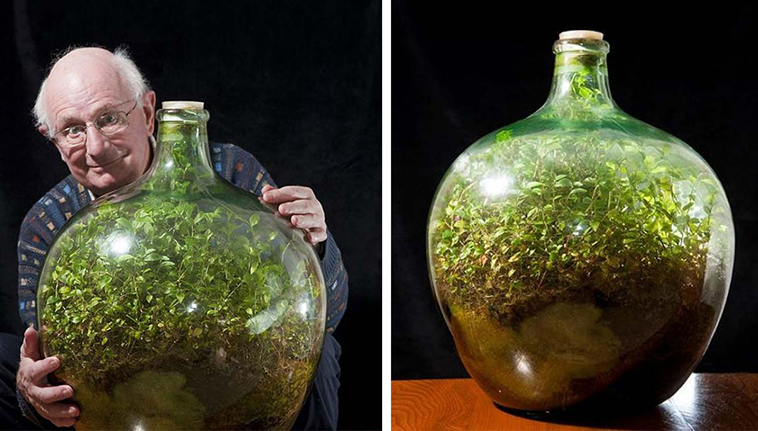 According to sources, the plant was sown on a Sunday of Easter in 1960. Inside a 10-gallon glass carboy, David Latimer added a small amount of compost and some water. In 1972, he opened the bottle again to add just a little amount of more water. And, that’s all. The glass bottle is close from that day to this. 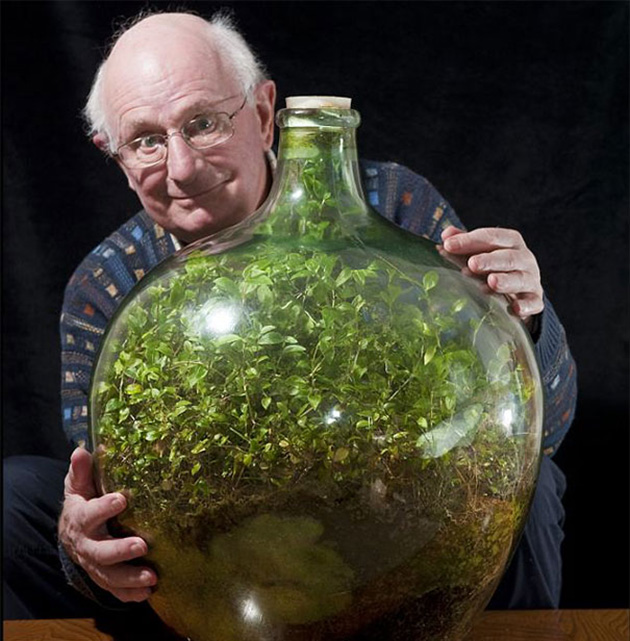 A sustained ecosystem is now growing by the day in David Latimer’s sealed glass bottle. This is an amazing version of our earth at a micro-level. 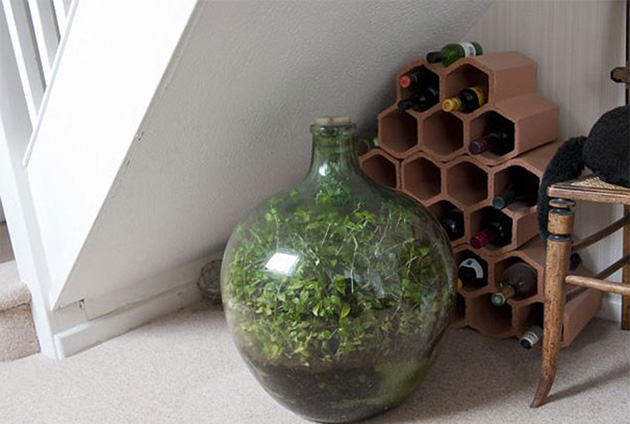 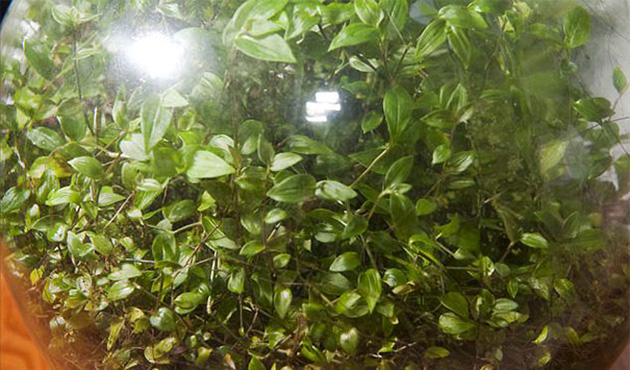 Here’s  a how-to video for making your own terrarium:

HOW THE BOTTLE GARDEN GROWS

Bottle gardens work because their sealed space creates an entirely self-sufficient ecosystem. And, plants can survive by using photosynthesis to recycle nutrients.

The only external input needed to keep the plant going is the light. This provides it with the energy it needs to create its own food and continue to grow.

Adenosine triphosphate (ATP), a molecule that stores energy, store some of that light energy. The rest is used to remove electrons from the water being absorbed from the soil through the plant’s roots.

Later, these electrons then become ‘free’ – and are used in chemical reactions that convert carbon dioxide into carbohydrates, releasing oxygen.

This photosynthesis process is the opposite of the cellular respiration that occurs in other organisms, including humans.  Its carbohydrates containing energy reacts with oxygen to produce carbon dioxide, water, and release chemical energy.

But the eco-system also uses cellular respiration to break down decaying material shed by the plant. In this part of the process, bacteria inside the soil of the bottle garden absorb the plant’s waste oxygen. Then, it releasing carbon dioxide which the growing plant can reuse.

And, of course, at night, when there is no sunlight to drive photosynthesis, the plant will also use cellular respiration to keep itself alive by breaking down the stored nutrients.

Because the bottle garden is a closed environment, that means its water cycle is also a self-contained process.

Plants’ roots take up the water in the bottle. Then, transpiration realizes and water condenses down into the potting mixture.  And, the cycle begins again and again.