A woman named Alix Mattingly traveled from the U.S. to Mexico to visit her parents. While she was on the road she noticed something on the ground: “It really just looked like garbage. But the closer I got to it, I realized it was a dog.” 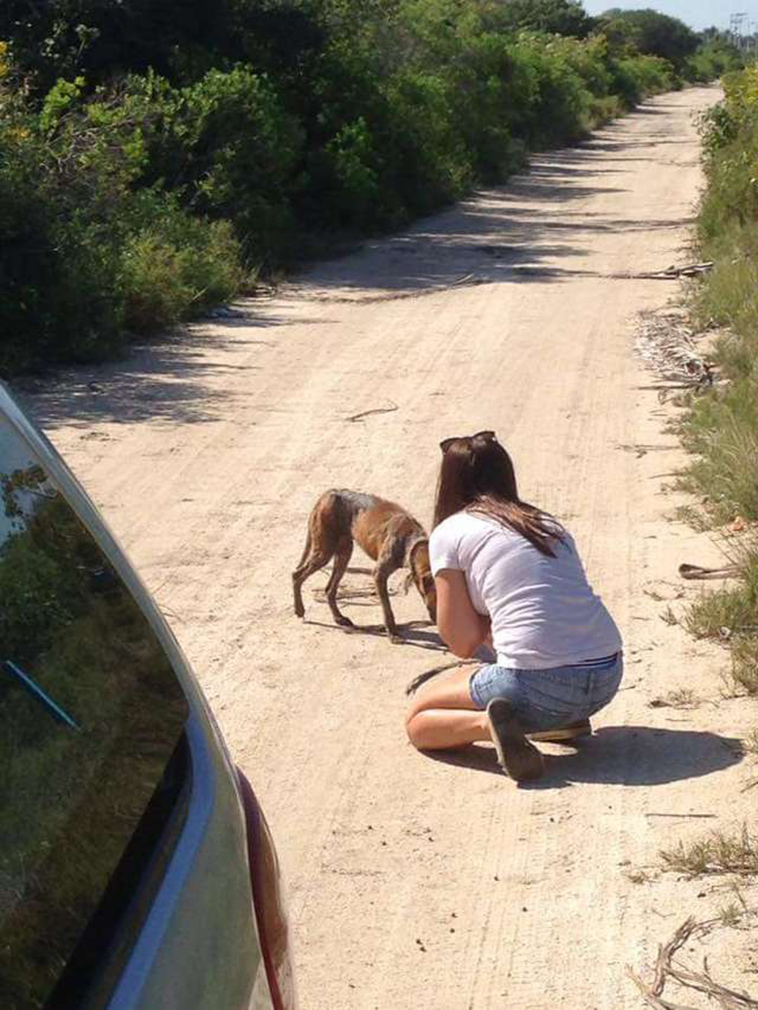 She was used to stray dogs as she is a volunteer for No Mas Perritos which is a rescue organization in Mexico. She approached the dog with some food. Even though he was scared, he was exhausted to run away. Mattingly took him and gave him some water on their way to the vet. 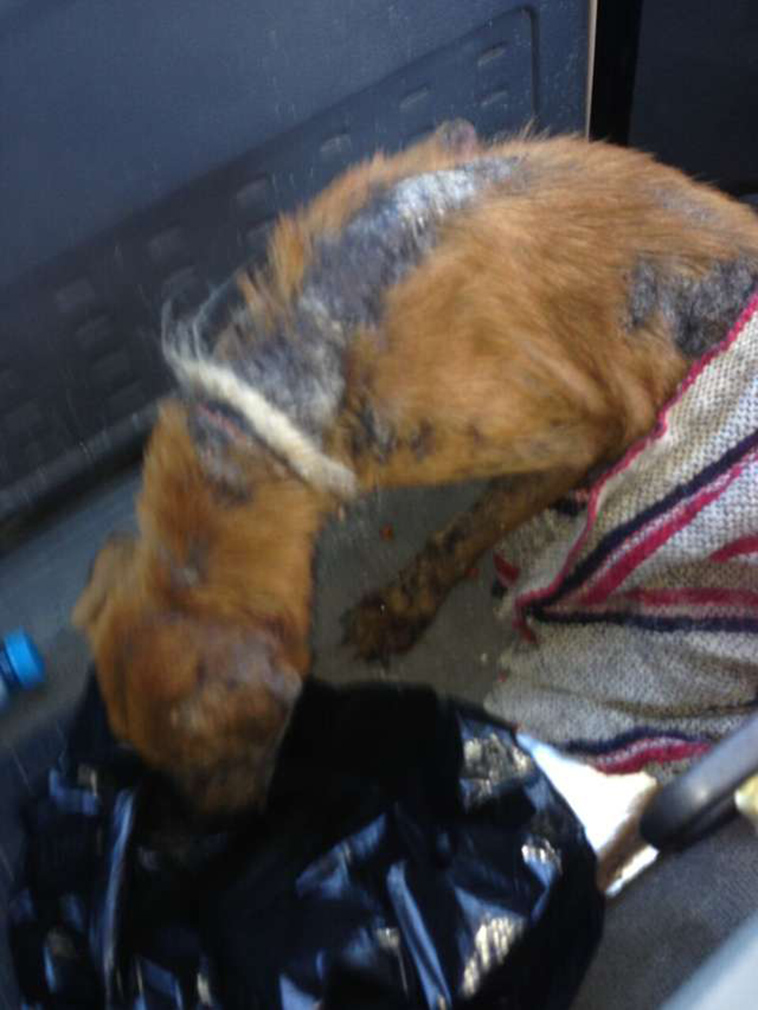 She learned that the dog was only 6 months old and had parasite problem as well as heartworm. He also suffered from chemical burns possibly due to gasoline poured on him in order to rid mange. 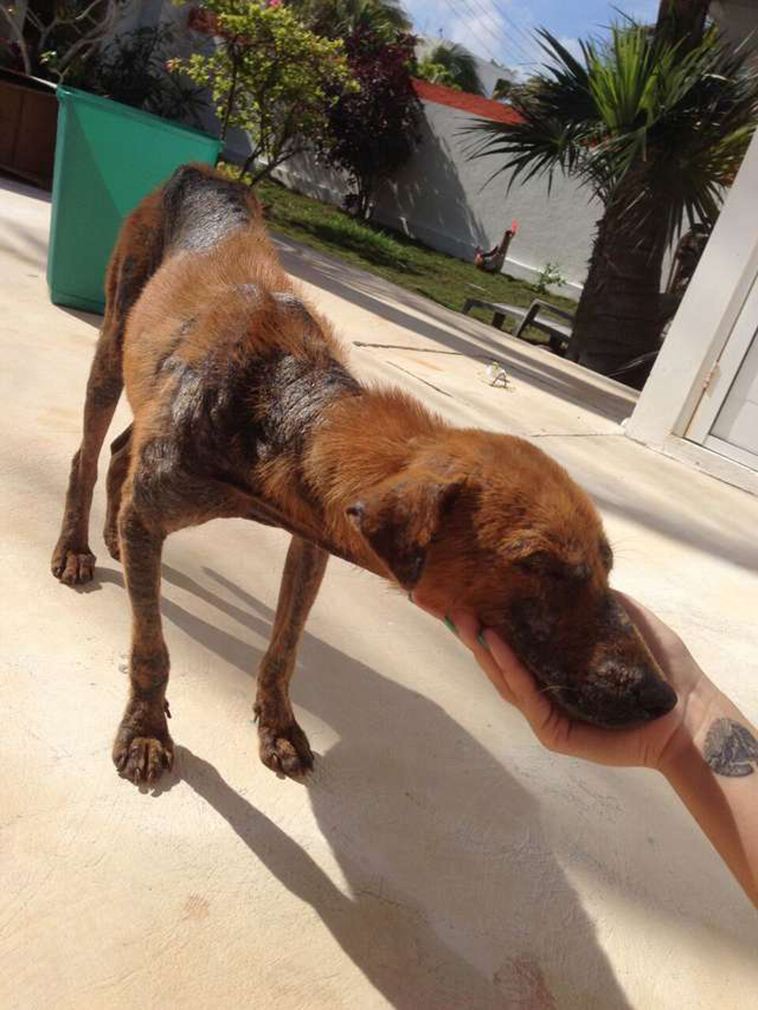 The dog also had a rope around his neck that was so tight that it had to be surgically removed. They believe that the dog was tied up but managed to escape by chewing the rope off. 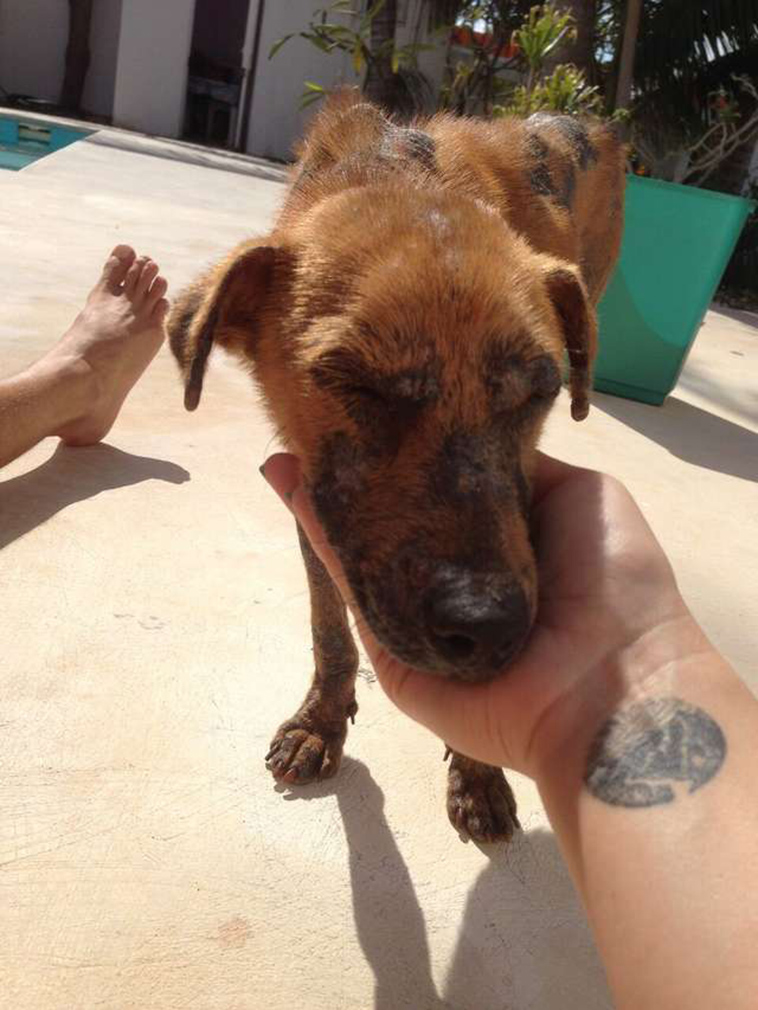 Mattingly added: “The vet told me … that there was going to be an extensive [healing] process, and if I wasn’t 100 percent sure that I was willing to go through all of this with him that I should probably just put him down. But I wanted to give him a chance at life. I couldn’t just give up on him that easily.” 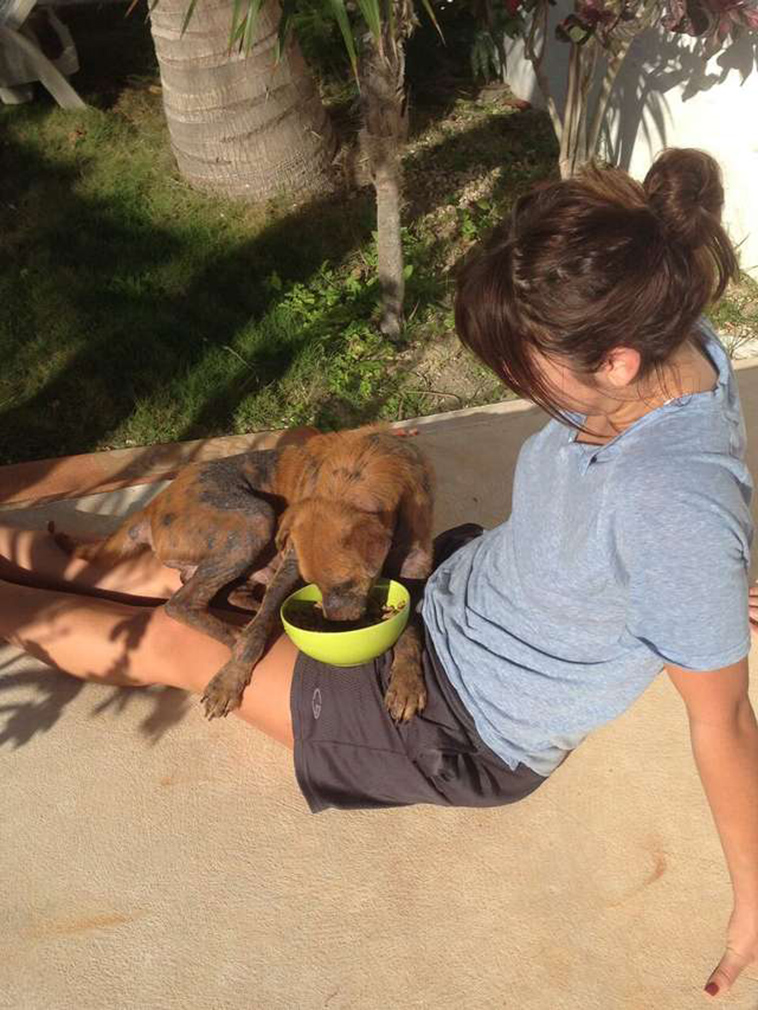 On their way home, the dog was already feeling safe near her. 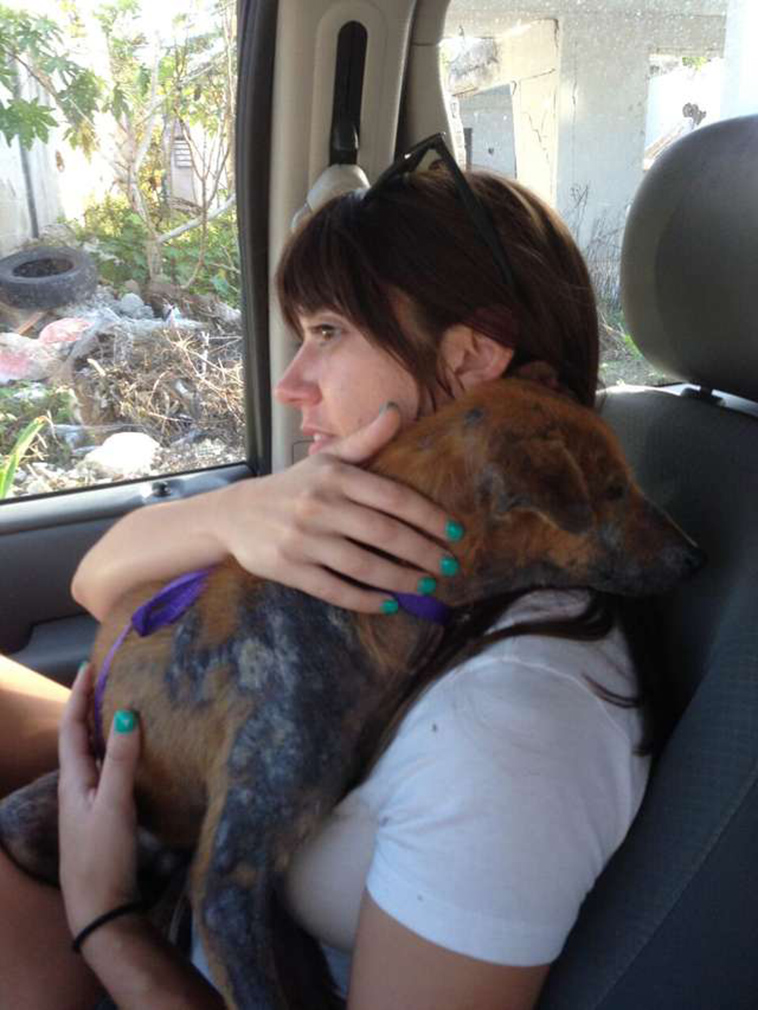 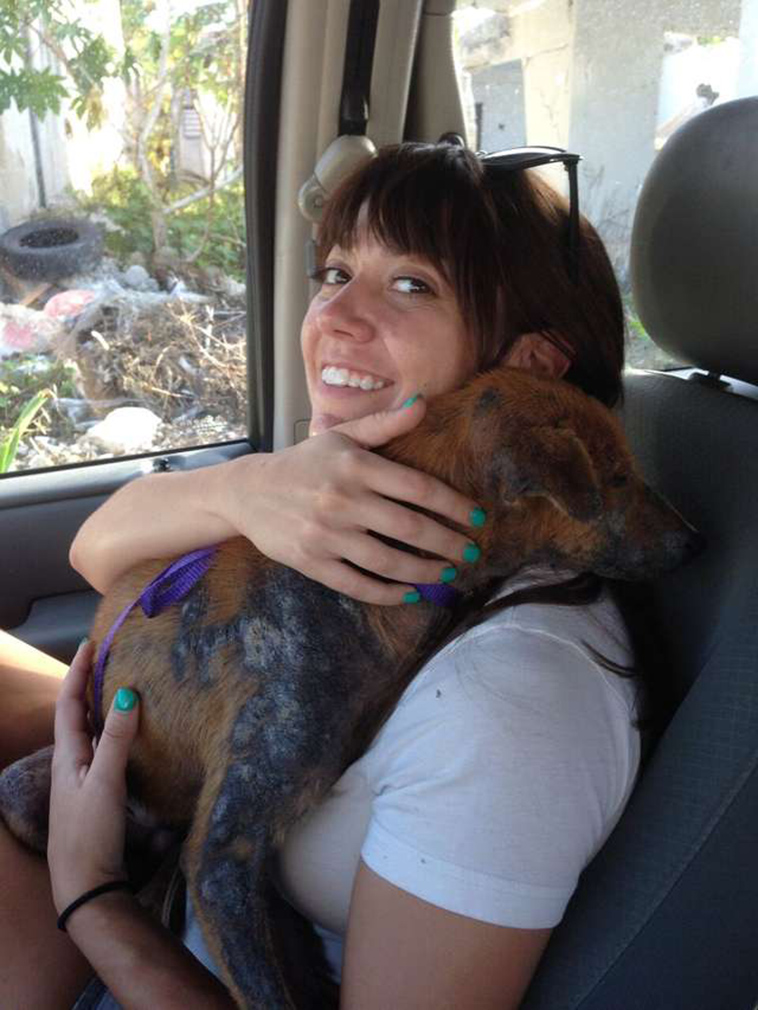 She named the dog Rico and took care of him as best as she could. 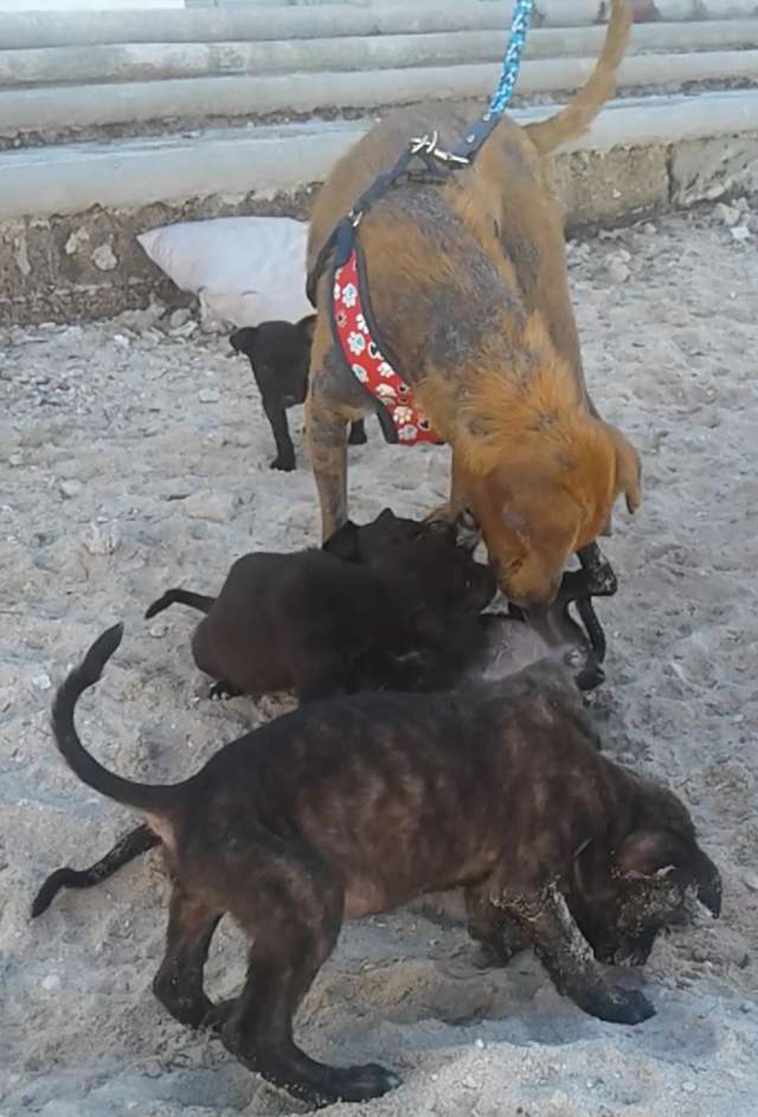 She also rescued other puppies which Rico raised as his own. Finally, Mattingly decided to adopt Rico. “He’s the happiest, sweetest dog that I have ever seen,” Mattingly said. “In spite of everything that he’s gone through, he goes up to strangers to get belly rubs. 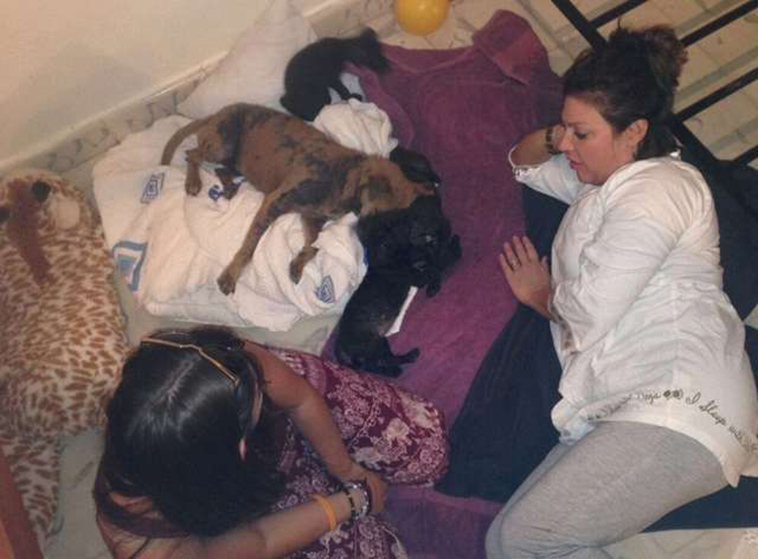 He wants to play with every dog he sees when we’re on a walk. He just sits right on your lap and wants to cuddle all of the time.” she said and added, “To rescue him and bring him home with me, it’s been the most incredible thing.” 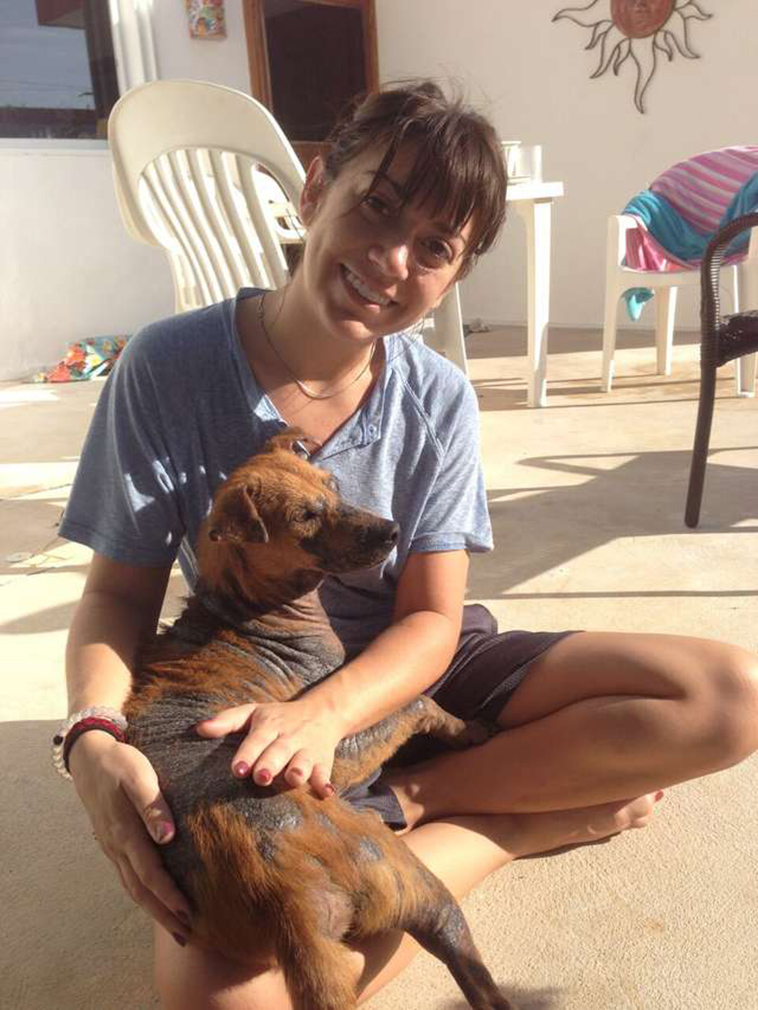 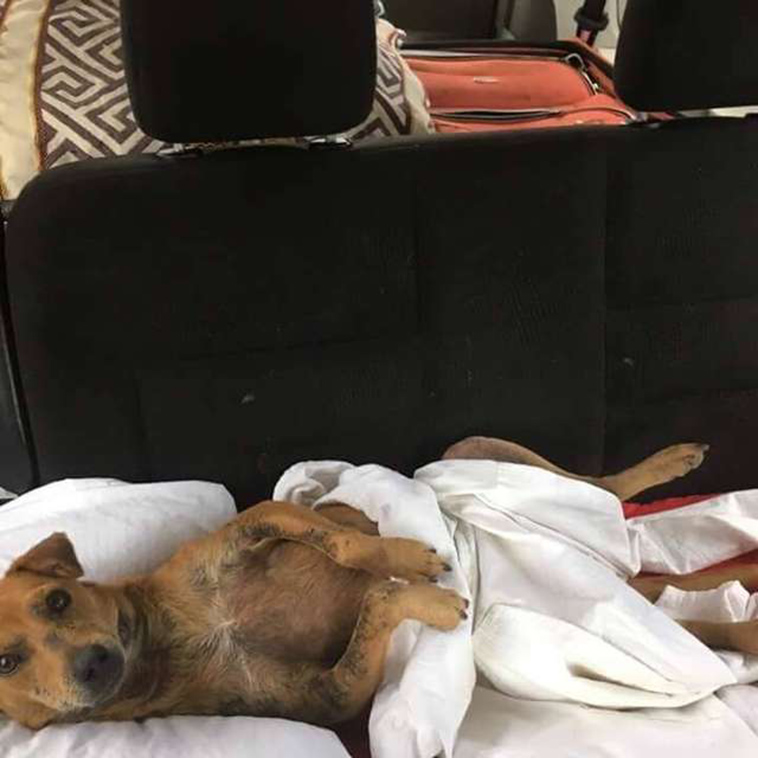 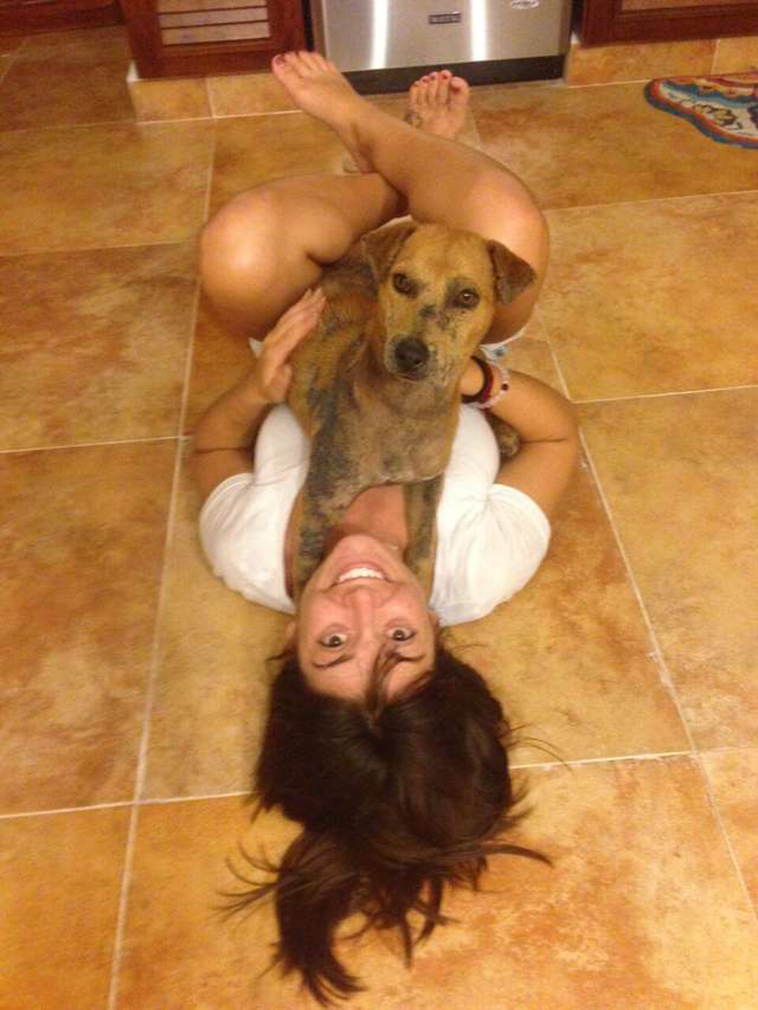