The Persian Gulf was a very big water tank for millions of years overflowing over the Arabian peninsula in the south and Iran in the west and not like nowadays. There was a lot of salt left there when the water vanished and the sea shores tumbled. The salt layers were encrusted with sediments that arrived from the rocks by the water from the rain and the layer of sediments has gotten thick over time. After that, they became dense and weighed down on salt layers. Nowhere else in the world such cumulative salt domes can be seen, according to UNESCO. The site is not yet a World Heritage Site but is being considered for inclusion.

In the southern part of the Zagros Mountains alone, there are more than 130 salt domes which affected the structure of Zagros Mountains as one of the most significant simple folded systems in the world. Aside from salt domes, there are salt caves including the longest salt cave in the world at over 6.4 km in the Namakdan Mountain, salt glaciers, salt valleys, karst sinkholes, and salt springs. 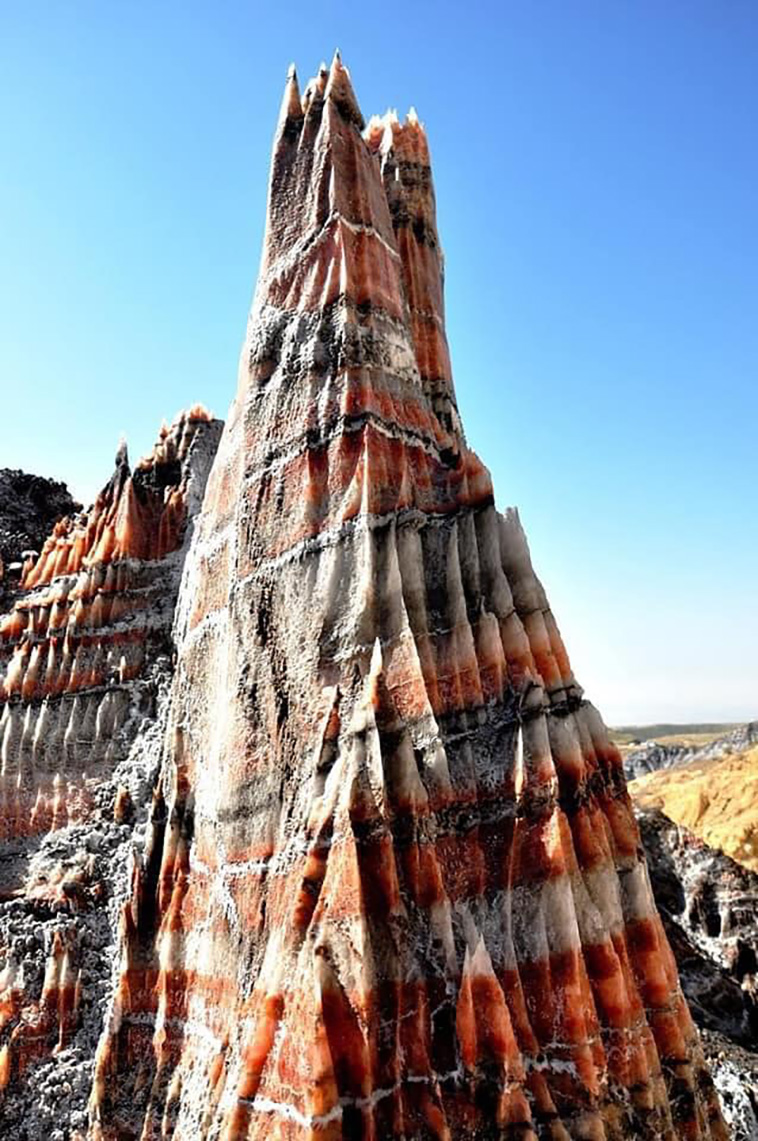 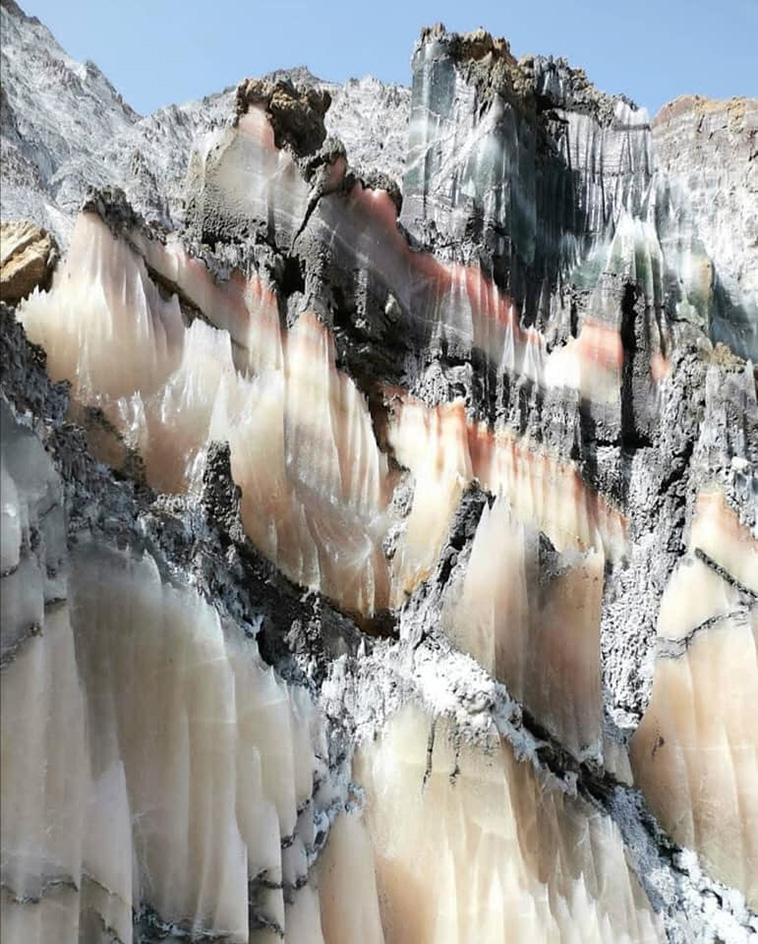 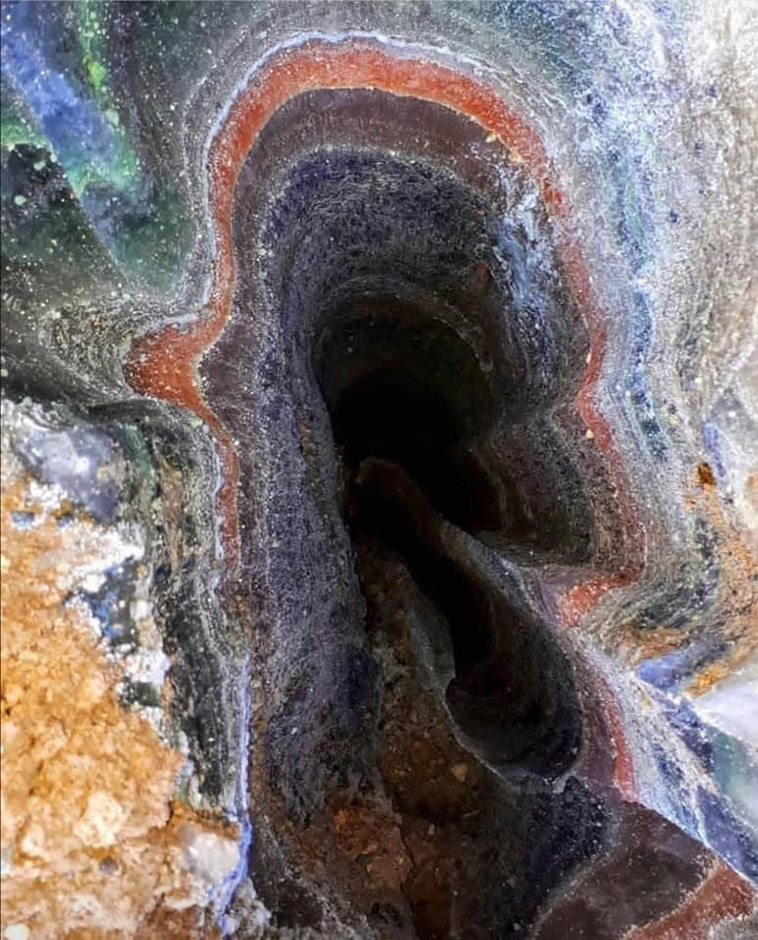 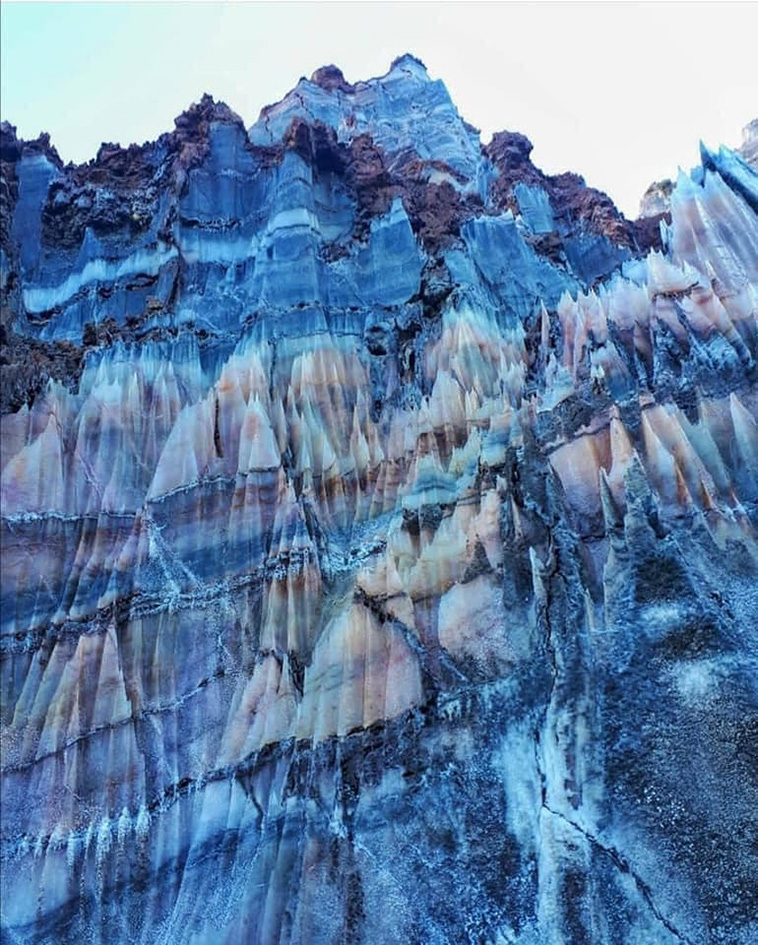 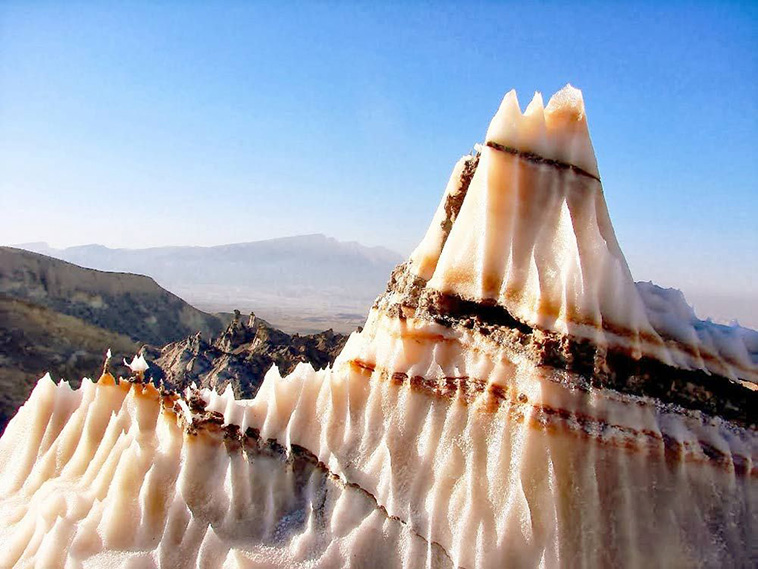