Some people might think crossing paths with a black cat is a bad omen — but for wildlife photographer George Turner, his encounter with one such feline was actually a sign of really, really good fortune.  While shooting from the Asilia Namiri Plains Camp in Tanzania, British wildlife photographer George Turner captured a striking photo of an incredibly rare serval who was completely covered in black fur. According to Turner’s guide, the serval was given the name of “Manja”.

The serval is a small wild cat native to Africa and is normally spotted in color, but melanism does occur. 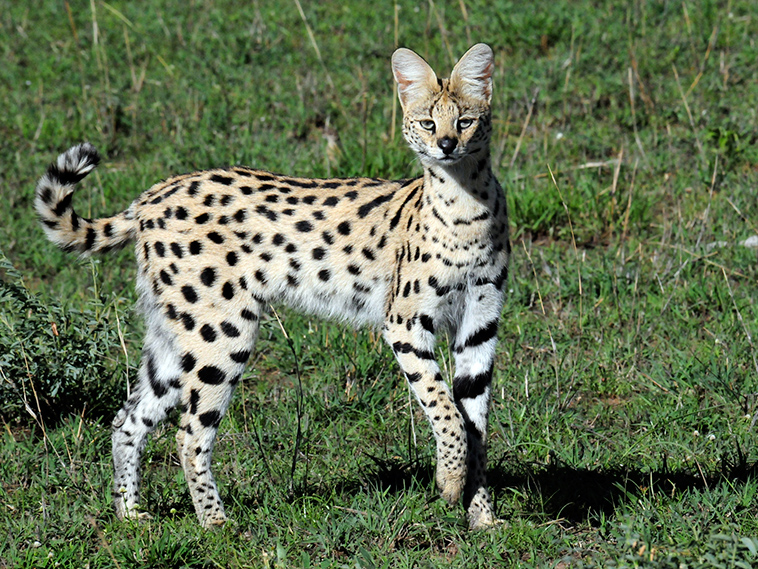 These cats are very secretive and solitary, so capturing a shot of one, with or without melanism, out in the open is an extreme rarity.

The black serval. Can’t describe how mind-blowing this was… and still, is.? For context, even seeing a “normal” serval is tough. They’re shy, secretive cats that tend to live in tall grasses — the perfect combination for staying unnoticed. Every time I’ve been privileged enough to see them, my heart skips a beat. ?…Nobody *really* knows why melanism occurs in servals. Some think the increased altitude (and forested habitat that comes with it) reduces exposure to daylight, encouraging melanism. 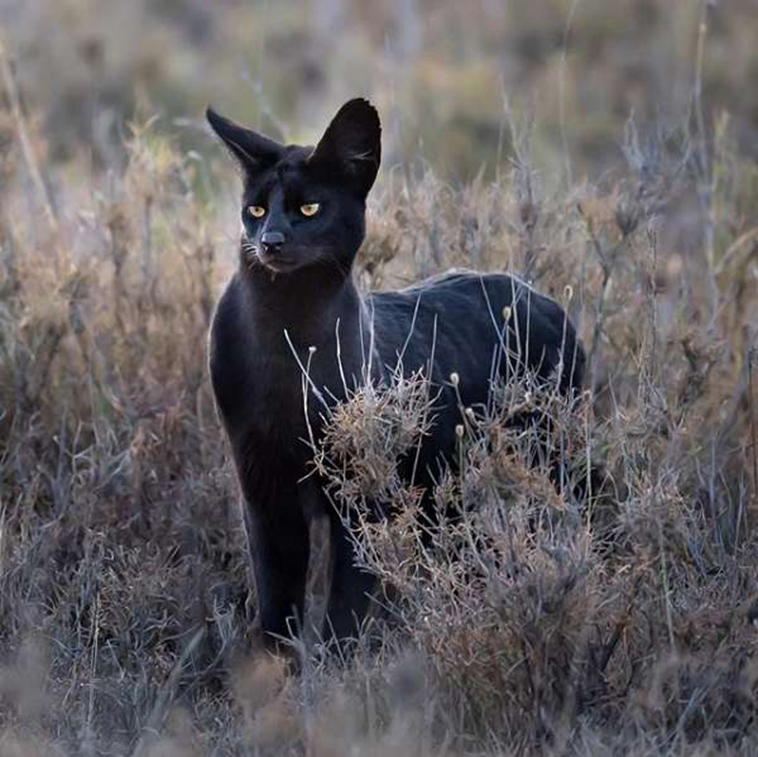 Melanism in servals primarily occurs in East Africa, particularly in the highland regions over 2000m, which is what makes this sighting particularly special. At around 1000m, the Namiri Plains are considerably “lower” than the normal altitude were melanism is more prevalent. It’s likely this particular serval traveled from the nearby – and much higher – Ngorongoro Crater and established a new territory. ⁣
⁣
Namiri Plains is in the far eastern sector of Tanzania’s famous Serengeti National Park, a former big cats research area. “Manja” was first spotted by a guide and naturalist *Manja* of @asiliaafrica and has since adopted his name! With an incredibly high concentration of cats in the area, Manja the serval is so far faring well in avoiding predators and threats.⁣
⁣
Should “Manja” find a mate, there’s no guarantee we’ll see melanistic kittens. As melanism is carried by a recessive gene, it could be years before any begin appearing in Namiri Plains again. The hope, for now, is that he continues to flourish in the grasslands and build on his territory. ⁣