For those unaware, Russia’s very own Metro system has some of the most resplendent architecture found anywhere in the world, yet it’s a rarity to see it void of any people due to the frequent daily use by the citizens of St Petersburg and Moscow, the cities the house the stations.

Originally built back in 1935, the stations were commissioned by USSR leader Stalin and were created as part of an overall propaganda project. The idea was that the brilliant light and beauty featured in the architecture would lead to citizens stopping to look up and admire the grand designs above, ensuring that the people remembered that Stalin had provided for his people. 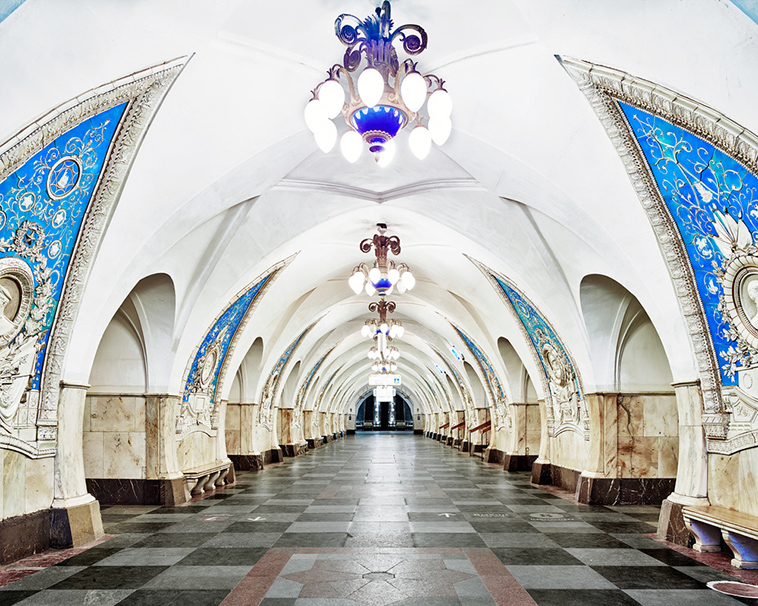 The stations feature truly wonderful examples of architecture, with flowing marble walls, lofty ceilings adorned with lavish chandeliers, all of which provide a lot of brightness for what is traditionally dark and dull underground stations.

These impressive images of the stations provide images like never seen before –at least to those outside of Russia. Photographer David Burdeny can be credited with the collection of photos, titled ‘A Bright Future – New Works from Russia’. 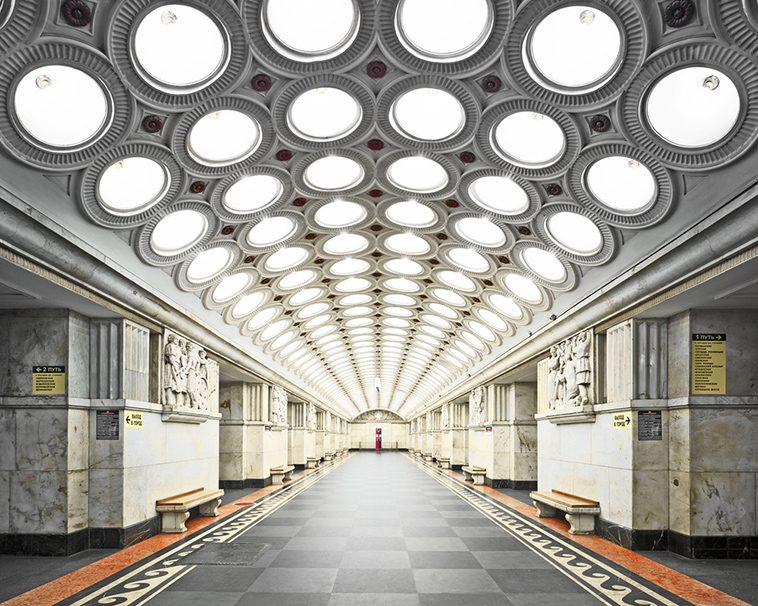 It took the Canadian, a former architect who is now a professional photographer, 2 weeks to capture all the images seen, and he believed he was the only photographer to have the privileges of taking photos in the stations without any passengers present. 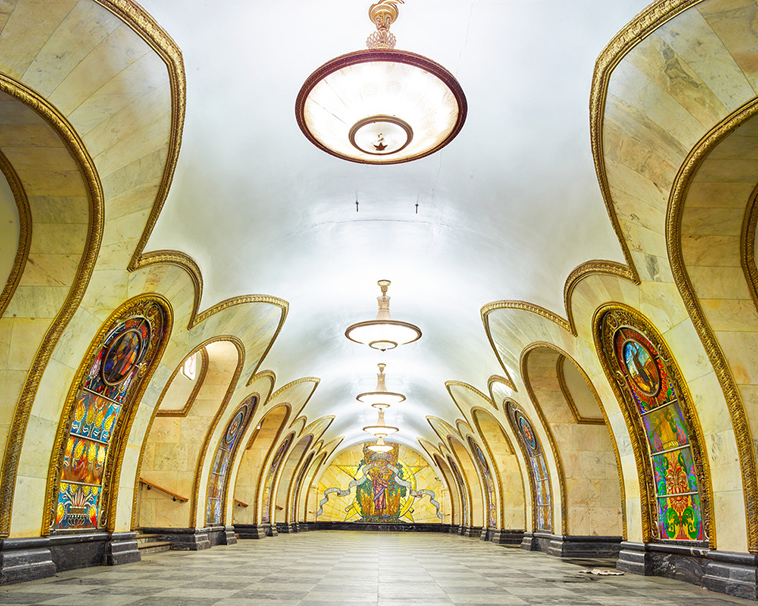 This was no easy feat, as it required a year to get permission to take the photographs. Not only that, but the fact he had to rent the stations out and was only given access after midnight (once the stations have closed) ensured that he had plenty of hurdles to clear before finishing his ambitious project. 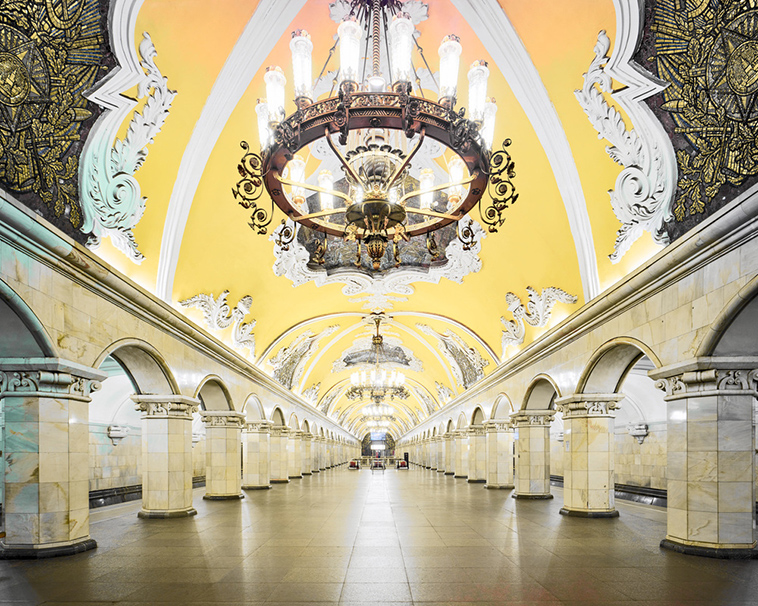 It appears to have paid dividends, as evidenced by the magnificent collection of images that perfectly capture the opulence and sheer beauty of the Metro systems in both St Petersburg and Moscow. 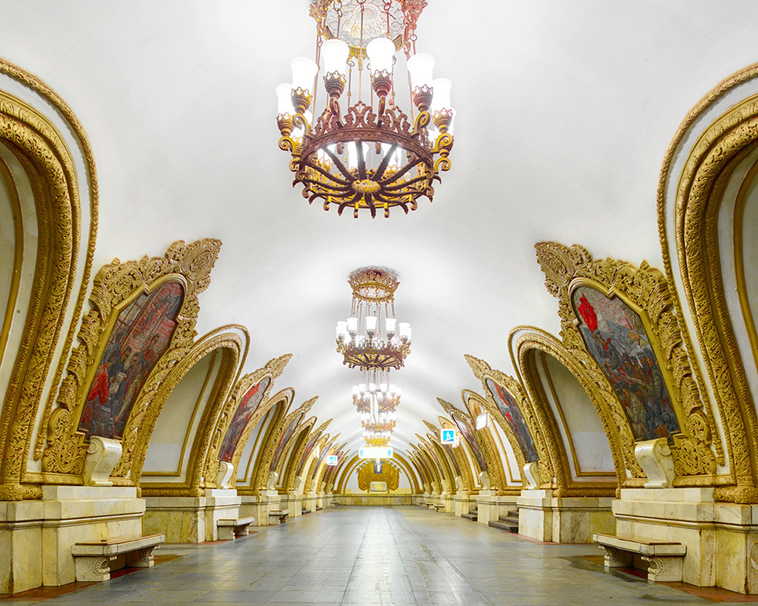 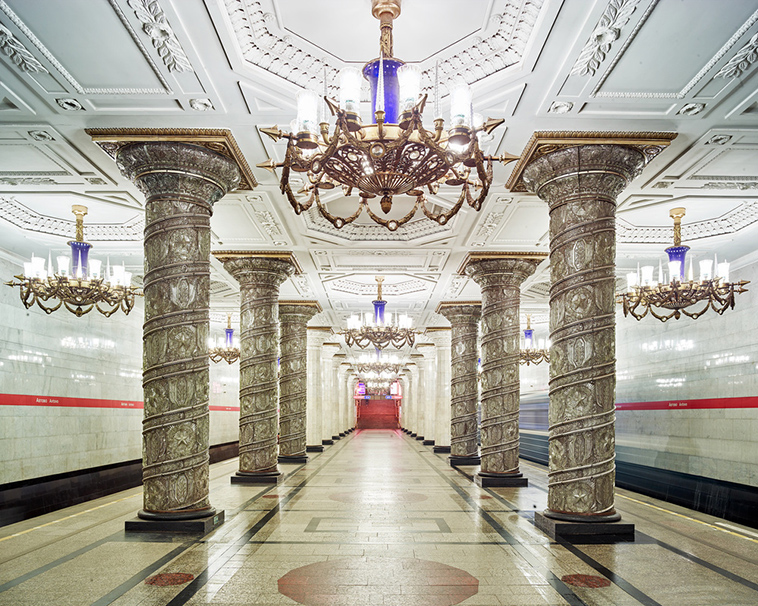 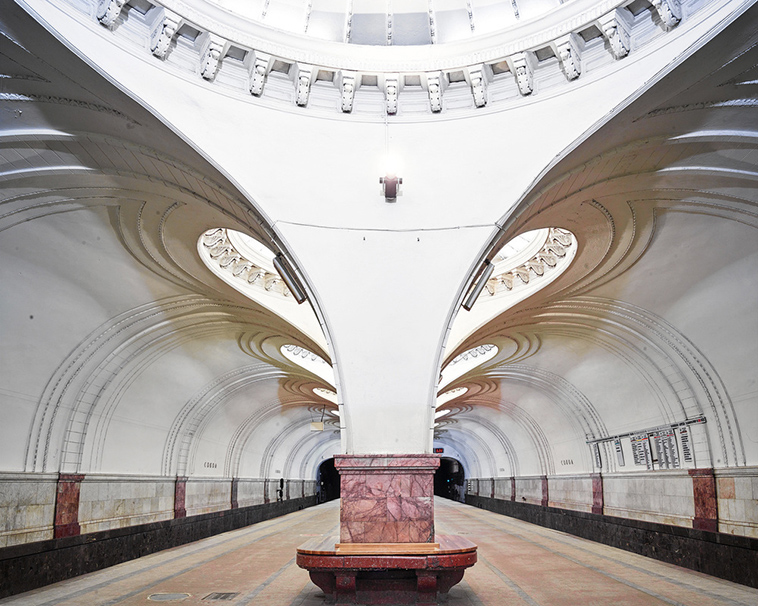 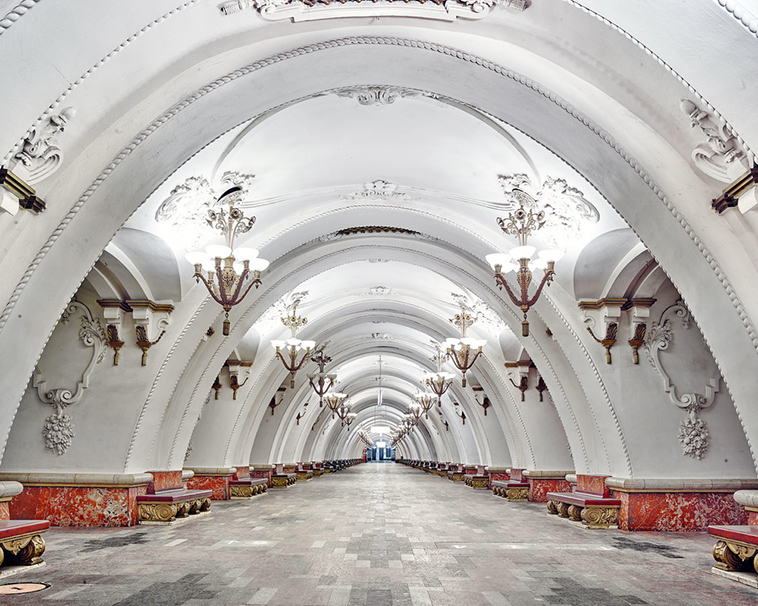 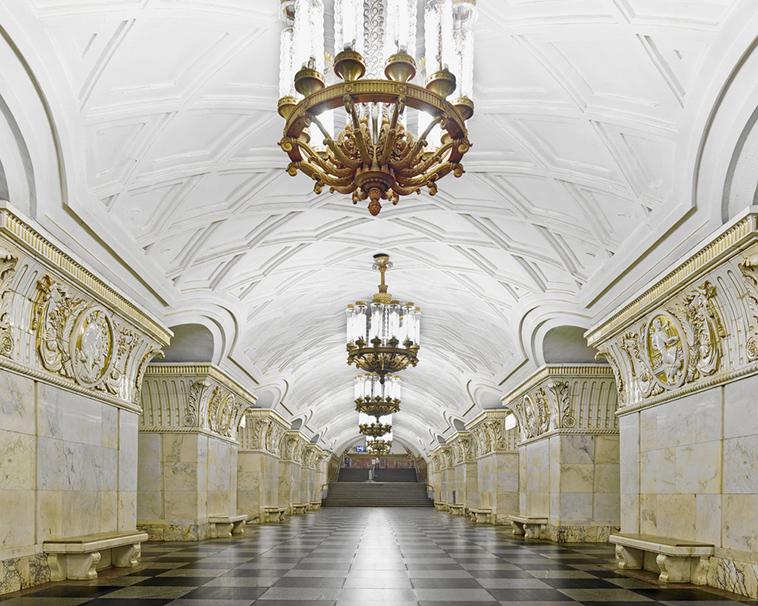 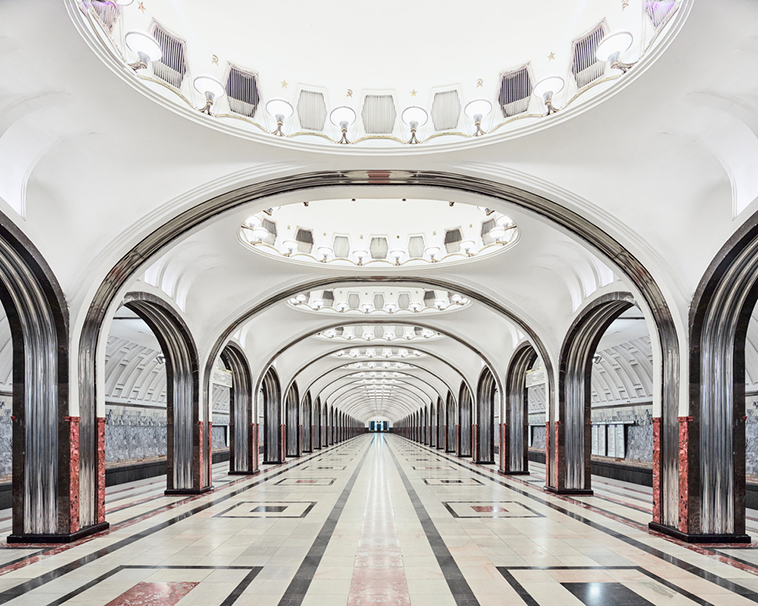 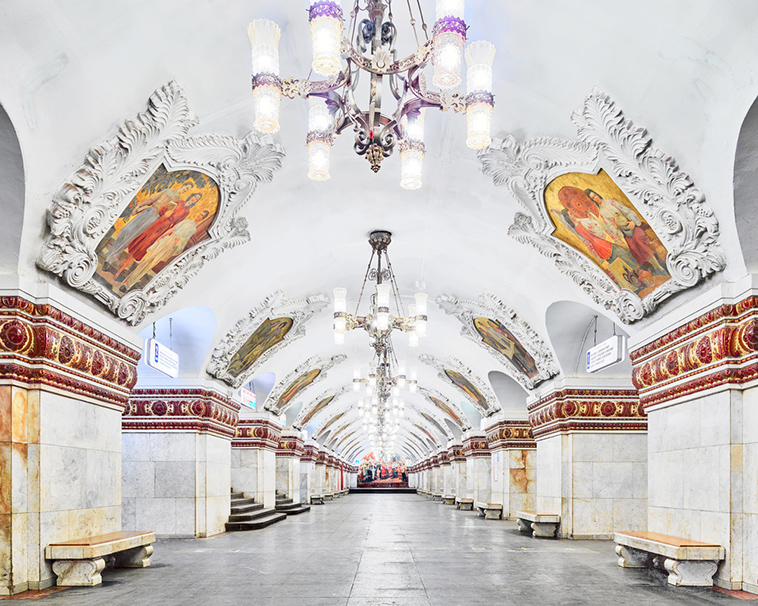 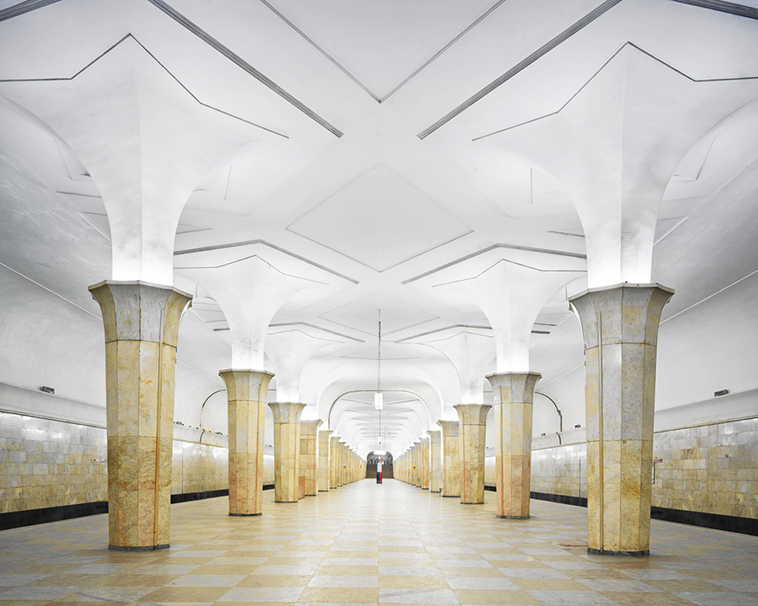 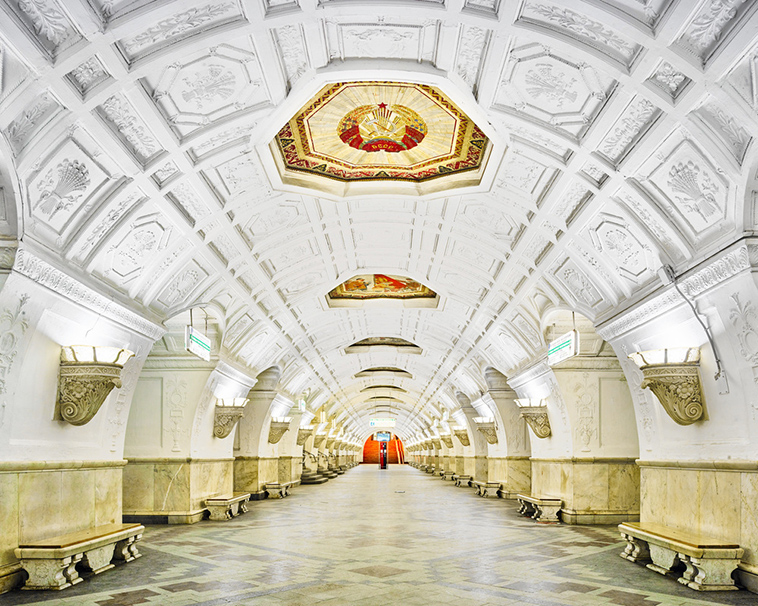 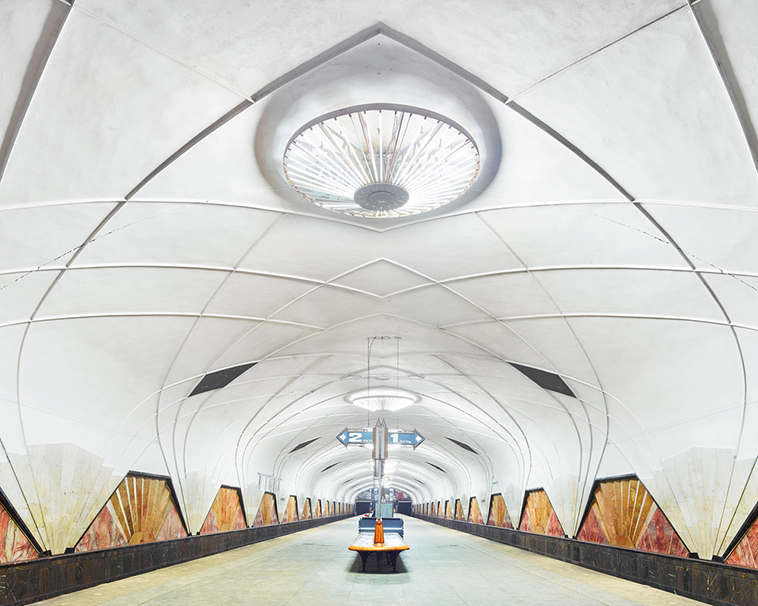