Announcing your pregnancy for the world to know is usually supposed to be a great occasion, full of emotional congratulations and best wishes for the future, but things can certainly get complicated when the father is the boyfriend of another woman.

So when a new mum-to-be decided to text the woman about her boyfriend’s infidelity and the resulting pregnancy, it might have been a good idea to check the number first, as she ended up sending the news to a complete stranger.

Of course the recipient of the message saw a golden opportunity to poke fun at the utterly ludicrous situation that had somehow ended up in. The resulting conversation was captured and published online and has since gone viral, with the amazing trolling of the pregnant woman too funny to believe.
Take a look and see the conversation for yourself! 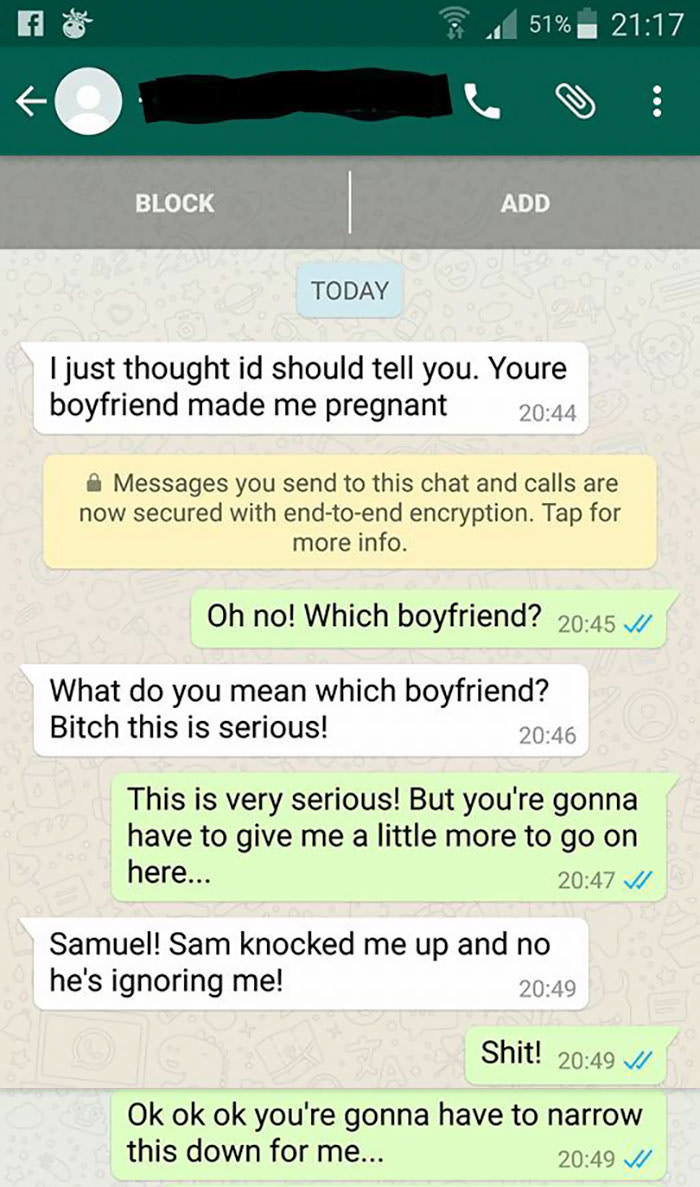