There are various human creations that continuously inspire and fascinate a tremendous population. One of these gigantic and truly amazing products is the Ocean Atlas.  This is a heavy girl underwater statue that carries the ocean on her shoulders. This statue is about 18 feet tall and weighs about 60 tons. This is definitely a very wonderful and amazing creation that you would ever see. 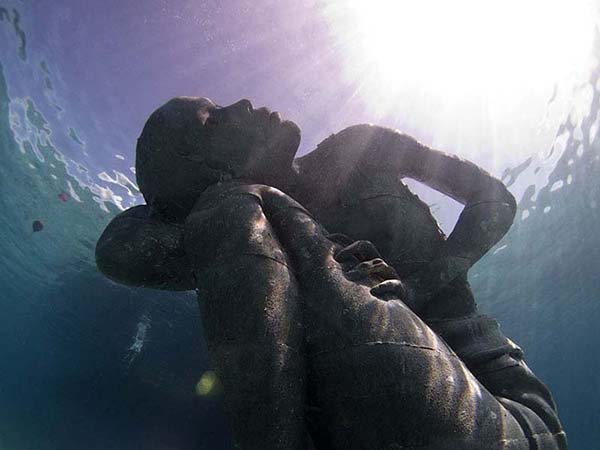 Where Is It Situated?

Aside from the fact that this Ocean Atlas is very huge, this particular sculpture becomes more gigantic and notable when it is situated underwater.  This is sculptured by Jason deCaires.   He named his masterpiece as Ocean Atlas.  This massive girl statue is situated beneath the waters of Nassau Coast in the Bahamas.  Observe her the position of her body, particularly her shoulders.  Based on it, she carries the ocean’s weight. 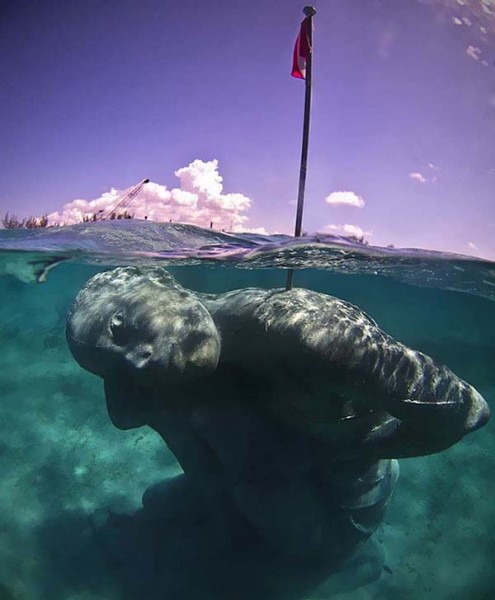 Where Does Its Name Originate?

The name of this sculptured statue originated from Greek God’s name which is Atlas.  In Greek mythology, he also carries the weight of the world, heavens, at the top of his shoulders. When you check this statue out, you will observe and witness their similarities. This girl statue looks like struggling under the wave’s weight. But still, she remained her composure and poised. 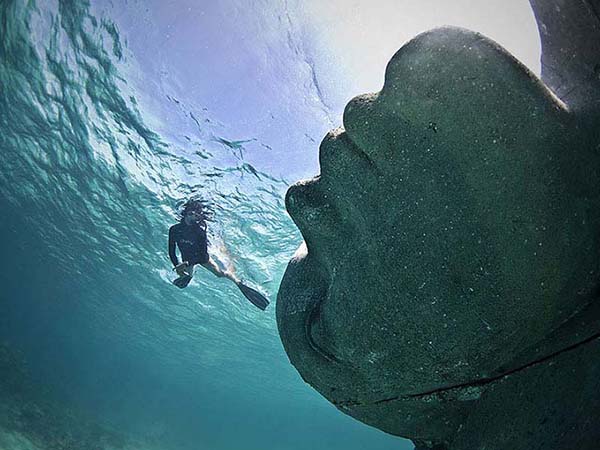 What Are The Materials Used In This Statue?

This underwater statue is definitely made to be beneath waters. It is made from cement which pH-neutral. It allows the community of corals to thrive on it.  As time passed, this gigantic statue has been able to collect or attract reef life. Its creature still planned to have an additional statue due to the growing declination of the reef system or population.

This statue will stand the various tests of time.  The material cement that has been used in this one has similarities with materials cement utilized in constructing Roman Bridges, the architecture that remains the oldest standing and existing one. This particular statue is also made the same way. 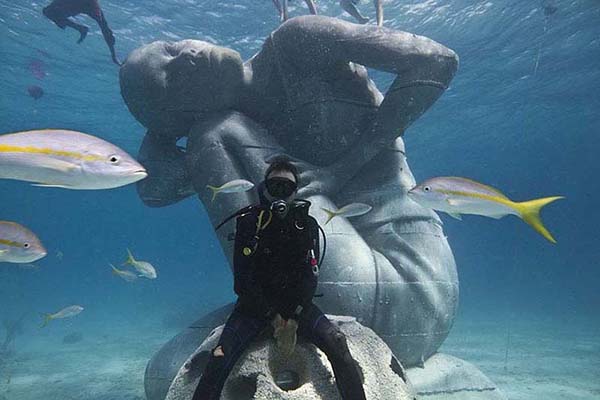 Jason deCaires Taylor is the person behind this surprisingly gigantic statue. According to him, his work is inspired by movements of earthworks which lead him into bringing his masterpiece outside the space of a particular gallery. He purposely creates an artificial system of the reef as a response to the decline of today’s reef system.

In past years, he had been using damaged corals in adding texture as well as color to his every word. Bu these particular pieces and brought back to where it belongs in order to function as a coral community again.  Taylor has a vast understanding and passion regarding reef matters.   He utilizes his talent and skill to attract various sea creatures with his design. 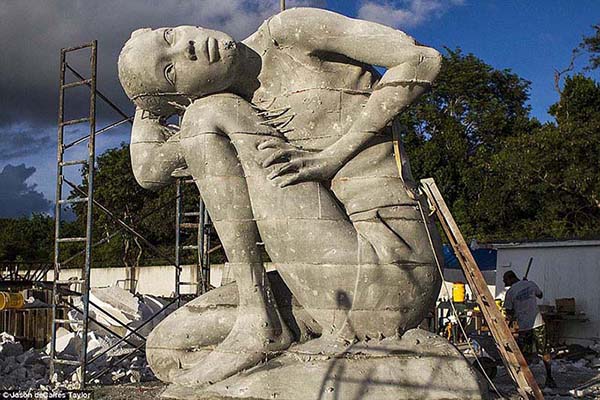 When did the Underwater Museum open?

Unlike the typical museums, this is definitely the unique one. In the year 2006, Taylor’s underwater museum featuring incredible statues have opened. Later on, he also created another underwater museum, a larger one, in Mexico (Cancun). He becomes non-stop on adding his masterpieces in his museum.

There are several incredible places to visit. One of these is Ocean Atlas. You will be able to witness another human masterpiece. 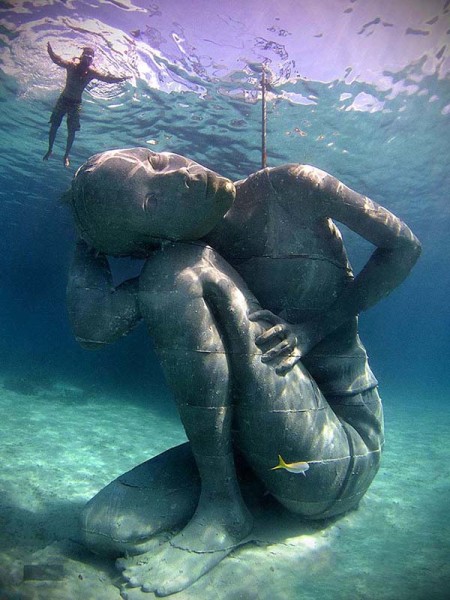