Whenever Nicolas Cage dies, he would be buried in New Orleans inside this controversial pyramid.

A well-known actor Nicolas Cage has been known for his odd behavior which he exhibits in the real world and whenever he is acting. With the look of things, it seems he wanted to continue into death because he has already purchased an odd pyramid in a famous New Orleans graveyard. 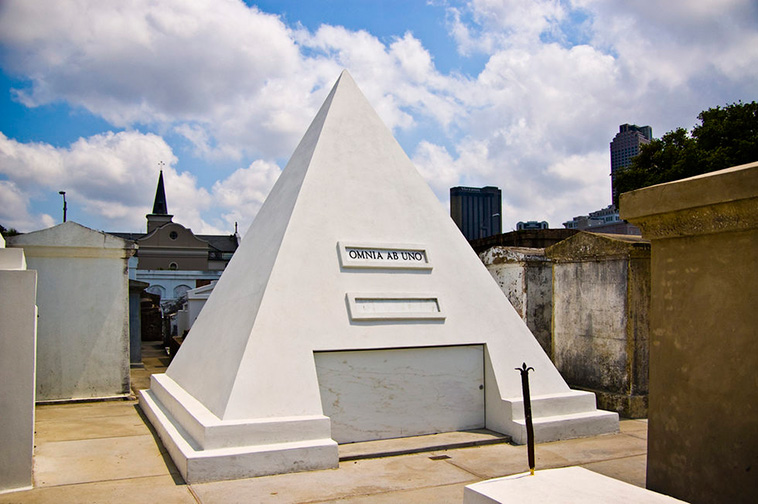 There is a historic relationship between Cage and the city of New Orleans. It was in this city that he purchased the infamously haunted LaLaurie Mansion as well as the antique Our Lady of Perpetual Help Chapel. Unfortunately, both properties have been foreclosed in 2009 due to a tax debacle. After the incident, Cage purchased a tomb in St. Louis Cemetery No. 1, which hosts the grave of Marie Laveau who is likewise New Orleans’ supernatural heavies. 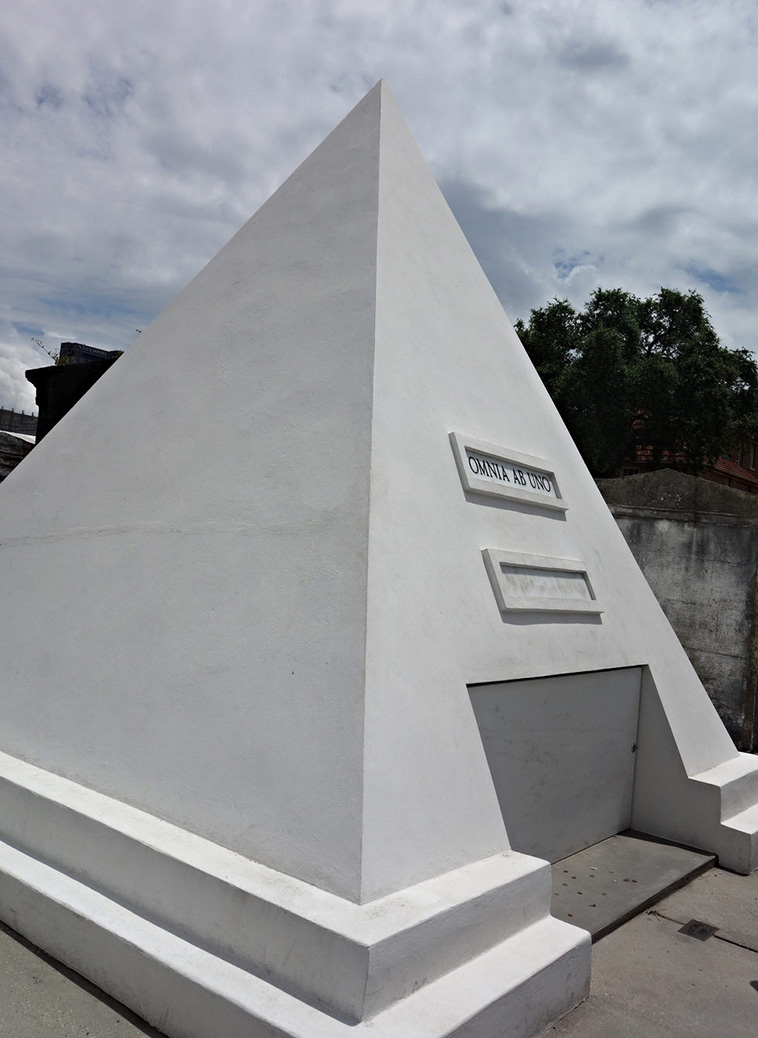 This height of this grave is about nine-foot and it is a stone pyramid that stands in contrary to the blocker, the upper part of the burial ground in the cemetery has been disintegrating for more than two centuries. The pyramid has not been named, but has been designed with the Latin saying, “Omni Ab Uno,” which means “Everything Comes From One.” 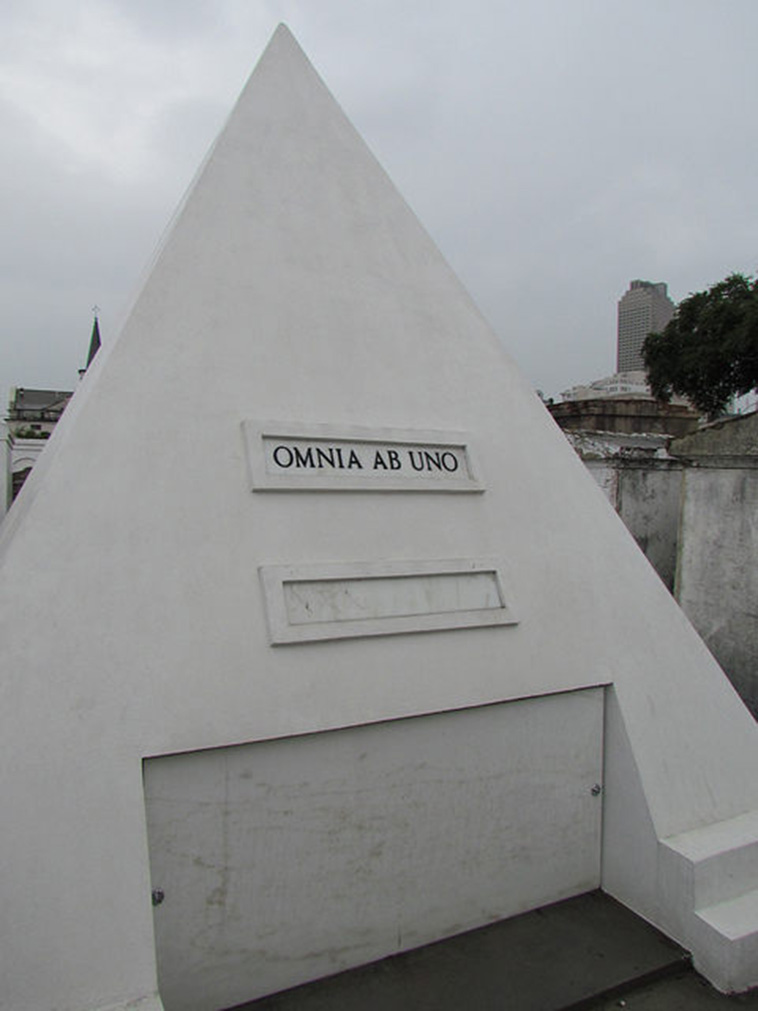 Cage is yet to say anything about the reason why he bought the flamboyant tomb. Some people think it is an homage to “National Treasure” movie franchise, although there are other cemeteries that have pyramid grave markers, he may have a reason for making this choice. The thought of others is that the pyramid shows the strong link between Cage and the secret Illuminati society. Because recently, an old portrait which resembles Cage has been found online, the mystical suggestion is that Cage will regenerate his body in this pyramid after his death. Most people in town have been saying that Nicolas Cage thinks that he has been cursed since he bought LaLaurie’s mansion (this has also been reflected by the record in his box office) and he did this with the aim that Marie Laveau will un-curse him. 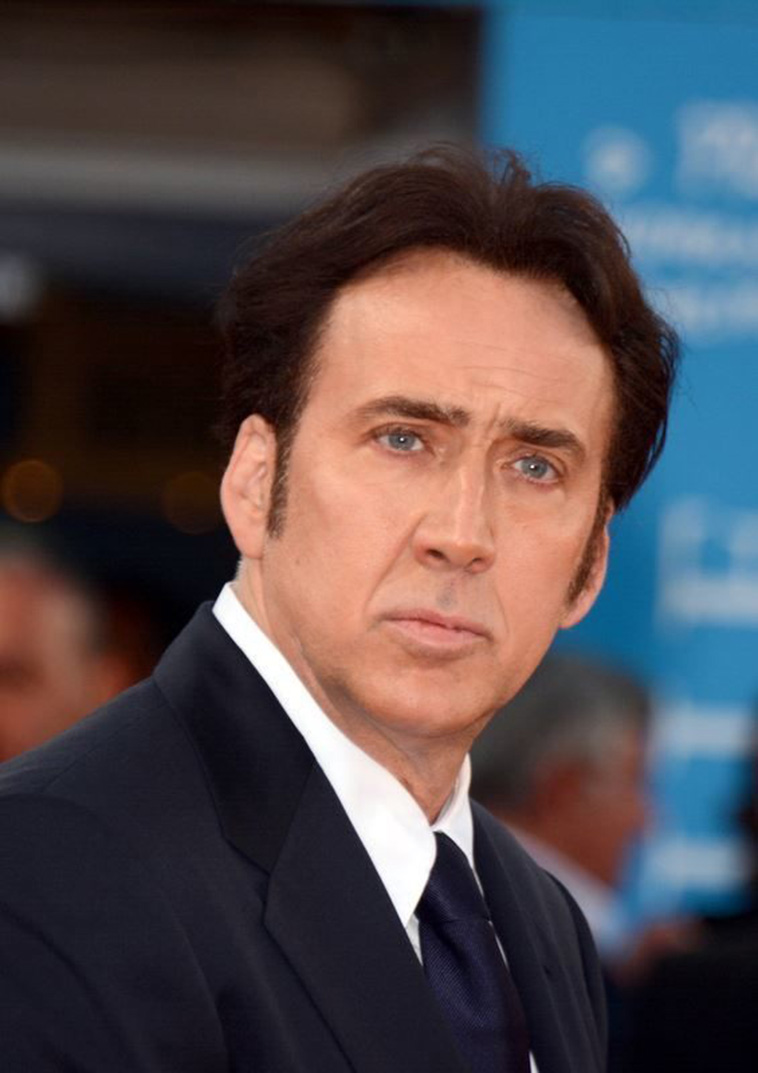 Whatever the reasons is, his pyramid is already an iconic part of the cemetery; however, the locals are not glad because he got a plot in the graveyard. Many people have complained that the tomb has damaged other ancient burials to provide space. The pyramid, however, stands despite the protest by the public. 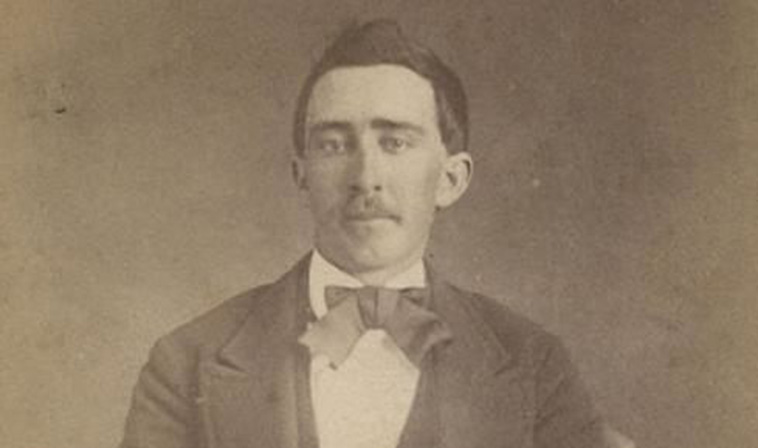 It is crystal clear that Nicolas Cage like New Orleans however, the people in the city might not like him. Some people feel that he is skeptical about the significance of this cemetery and his grave is already part of the myth. Recently the act of leaving lipstick kisses at the back of the tomb started but no one knows the reason why.