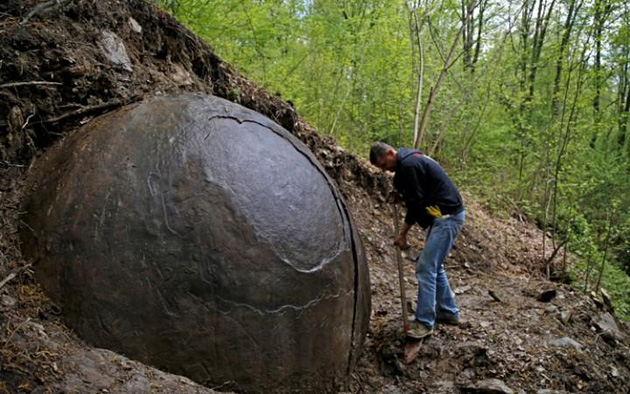 Bosnian archaeologist Semir Osmanagic gained infamy in 2005 for claiming that the hills located in the Visoko Valley of his native Bosnia were actually the location of numerous ancient pyramids that had been joined together through underground tunnels.
Needless to say Osmanagic received much criticism from his peers for the bold claims, but he was none the less backed by the government to complete excavations in the region.

Fast forward to present day Bosnia and Osmaganic is grabbing headlines again for another discovery – but there is at least solid evidence of this one! 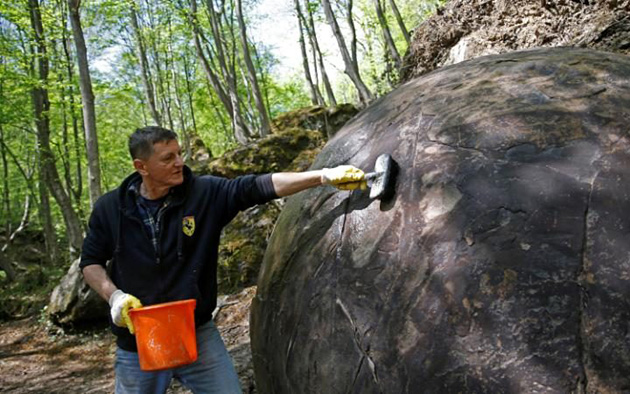 The find was a massive stone sphere that was found in a forrest near the Bosnian town of Zavidovici. It has a radius of around four to five feet and features an “extremely high” presence of iron, and Osmaganic believes the find backs up his claim that there was an ancient civilisation that was once present here, dating back more than 1,500 years.

Dr Sam Osmangich is a researcher joining Osmaganic on the excavation of the spherical object, and he has claimed that there were many more similar objects in the area as recently as the 20th century, but most of these have now been destroyed – allegedly because it was believed the spheres contained masses of gold at their centre. 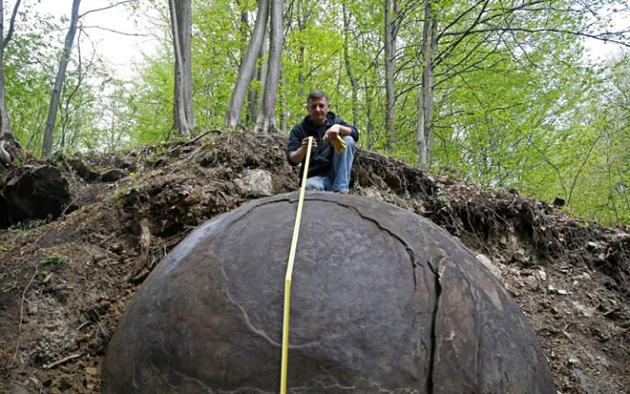 Others are not as convinced about the origins of the Zavidovici sphere. Mandy Edwards belongs to the School of Earth, Atmospheric and Environmental Sciences of the University of Manchester, and she claims to have a much more plausible, if less exciting, explanation.
The sphere could have actually been produced by a natural occurrence known as concretion, which is caused by the “precipitation of natural mineral cement within the spaces between sediment grains”.