If you are a homeowner that has wanted to get a dishwasher but held off because of the fact that it takes up so much space in your home, now is the chance for you to  take a look at one that could be a reality in the near distant future.  This is a top loading dishwasher, one that will pop up out space from the bottom up, making it easier to load, unload, and will allow you to have a better airtight seal.

Traditional dishwashers are terrible because they require a very tight seal on the inside of the door to make them work, and this makes them very expensive to own.  Additionally, they take a lot of space when they open down and the sliders get pulled out.  This old fashioend style would work better in most homes, because it is meant for those who want better access to their dishes and this allow them to be installed even in narrow kitchens.  Think of it like a laundry washer, these are much better when they open on top than in the front, right?  So, this would work much better in so many ways that it’s pretty neat to think about them in our everyday lives. 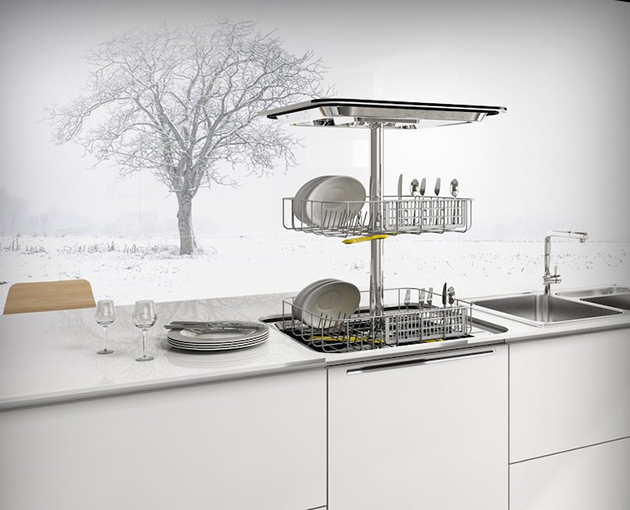 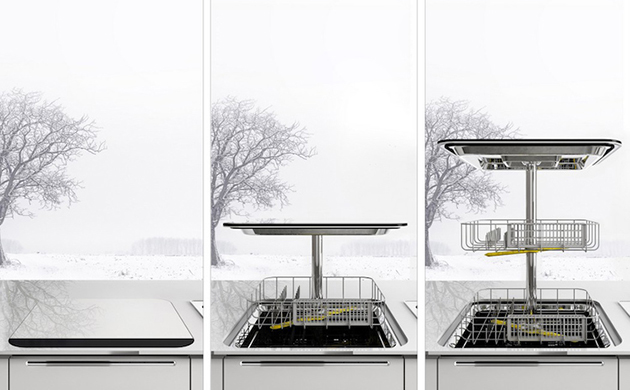 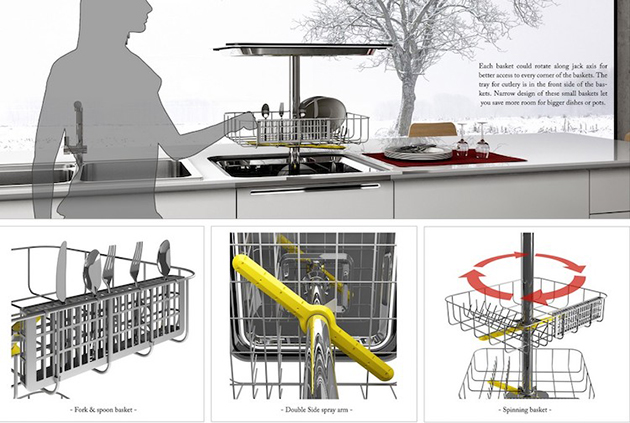