It can be easy to lose sight of what’s important in life. At times we are so caught up in the particulars of our day that we don’t stop to think of the grandeur of the world around us. Traffic, chores, errands, meetings and a missed coffee or two and the meaningfulness that we once held with such vigor can easily slip away. Sometimes it takes a bit of a shock to realize that we are in a wondrous and beautiful universe filled with majesty and also struggle.

This was made exceptionally clear for a family living in Southern California when they came across an injured Western Screech Owl lying on their porch one morning. The bird had flown into the wall of a house and sustained injuries to his head. 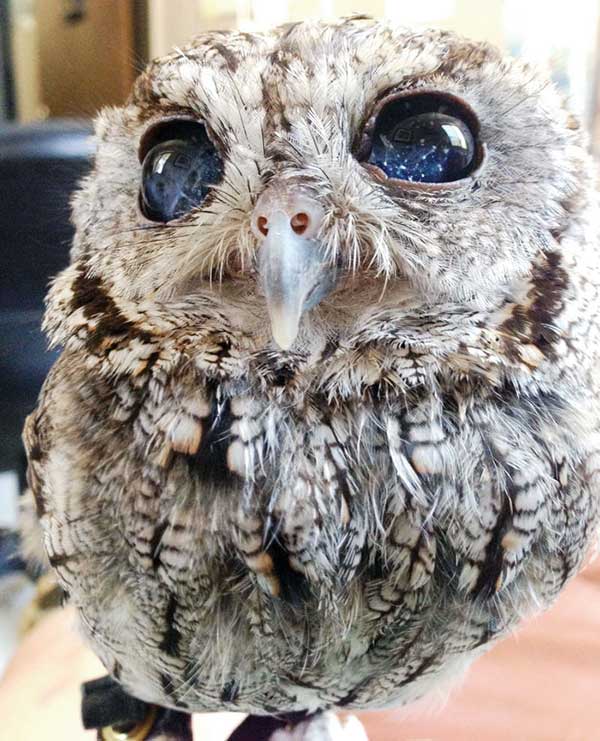 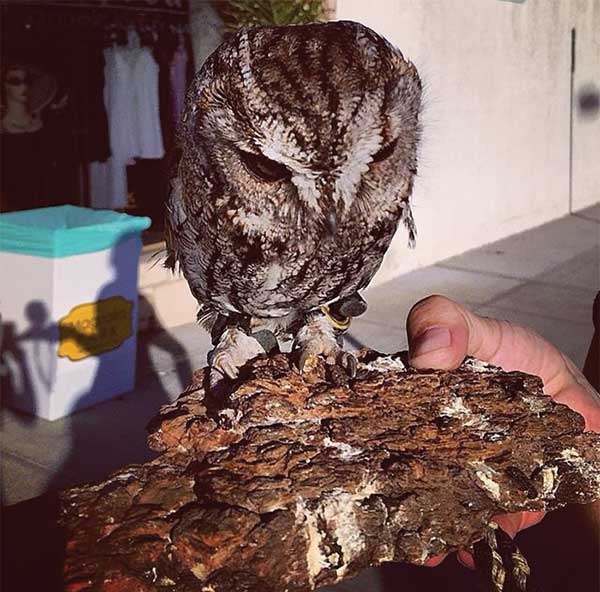 The family soon realized that the owl was blind and took him to the nearby Wildlife Learning Center in Sylmar, California. The center’s staff of expert animal lovers took special care to nurse the owl back to health. 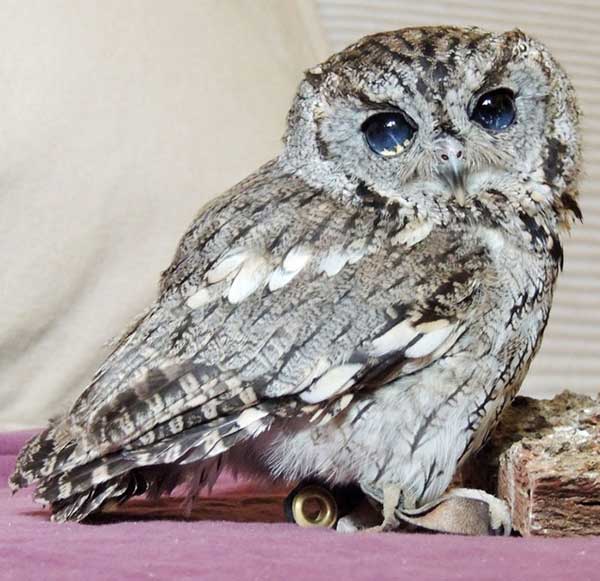 What was most remarkable about the owl, however, was his wonderful eyes that look like a pair of twinkling night skies. Lovingly named Zeus after the Greek god of the sky and thunder, looking into his eyes evokes thoughts of a clear night filled with stars. 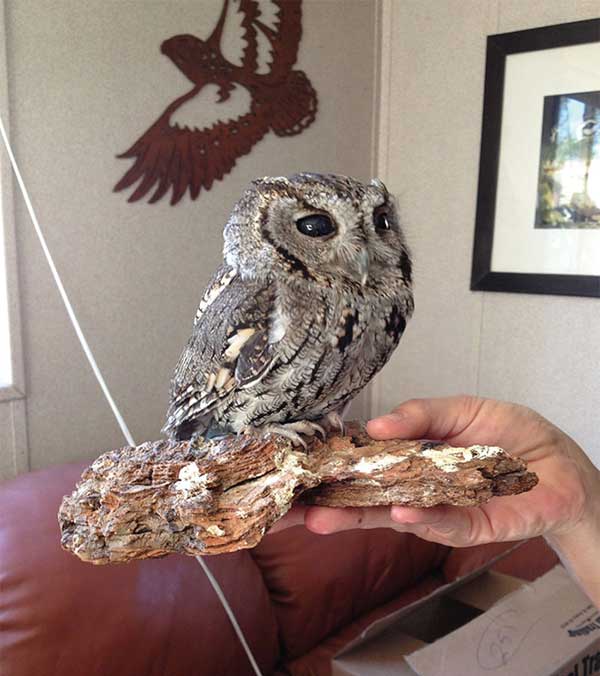 Thanks to the team at the Wildlife Learning Center, we are proud to say that Zeus is thriving. 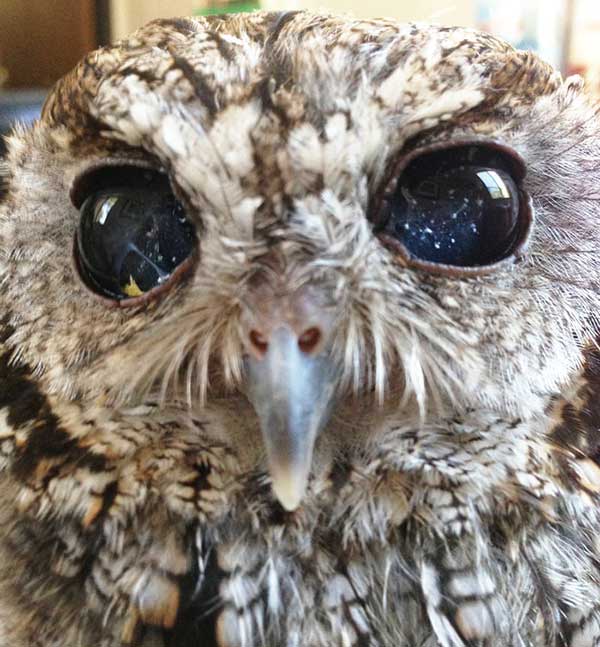 Unfortunately, because of his impairment, it would be unconscionable to set him free but don’t fret. Zeus has found a comfortable home for himself in a trunk on a filing cabinet in founder Paul Hahn’s office. He has since become one of the most endearing members of the Center’s family. 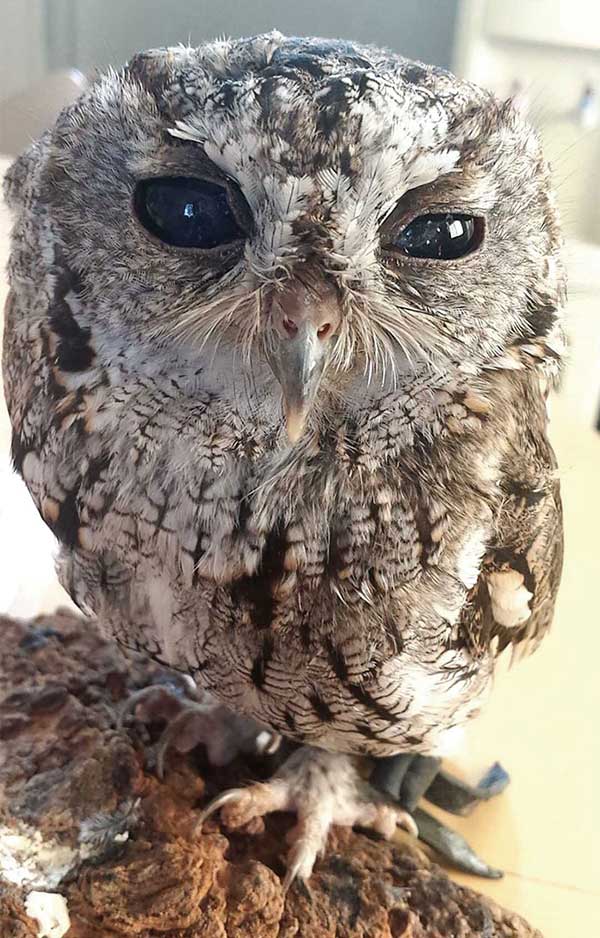 Perhaps it just goes to show that the majesty of the entire universe can be found in the twinkling eyes of an owl. Seriously, catch a glimpse of this owl’s magical eyes and tell us you aren’t at once lost in them. Although a sad situation brought about our coming to hear of Zeus, we are so thankful that we did. 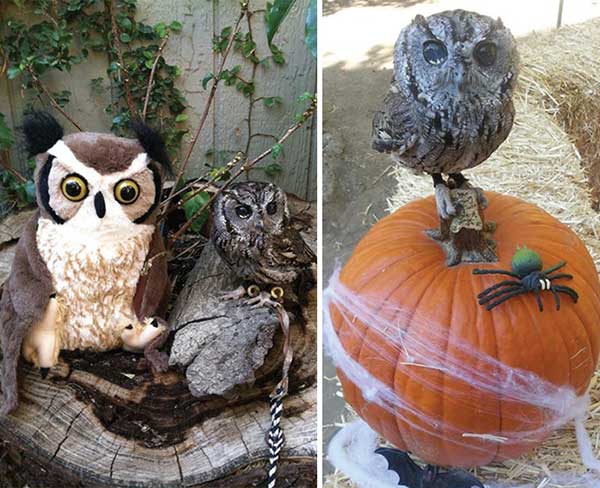 He’s offered us an opportunity to put our own lives into perspective and to meditate on the beauty of true struggle in a world that might just reveal itself if you look hard enough. 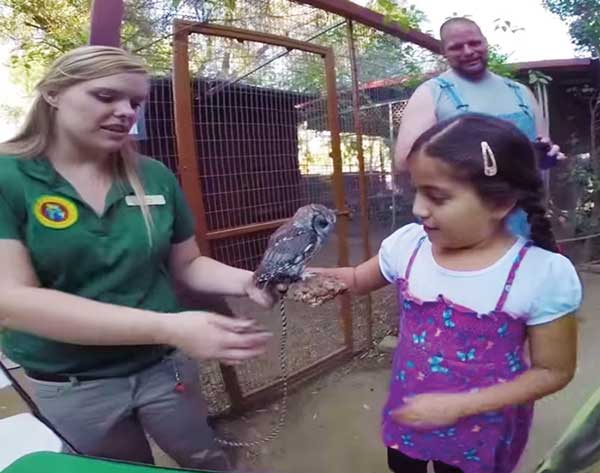