Drowning could happen to humans and with animals and considered to be one great source of danger. But once you think about drowning, you are not to think that ducks might be included because they live on the water. But did you know that a duck in Norway was almost drowned? It might sound silly but it’s true. Imagine a duck drowning and take note in the Frozen Lake at Norway. But good thing that there was a kind-hearted and very brave guy that saved the life of the duck through driving in the frozen lake. The duck was given another chance to live. 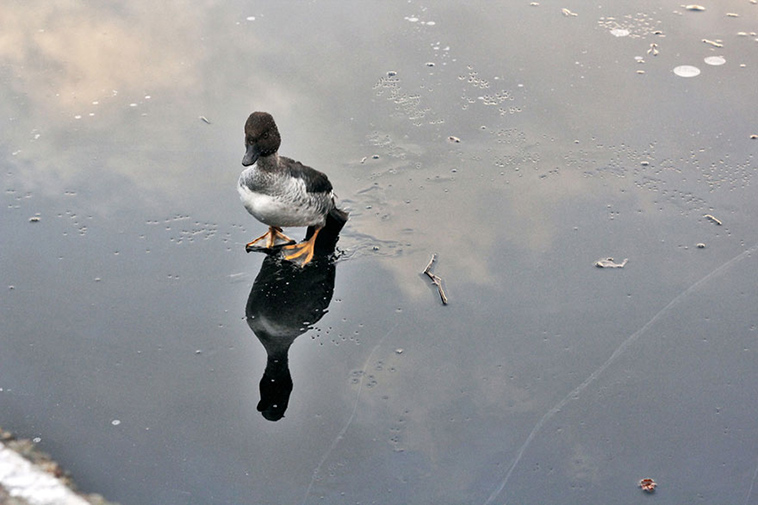 This guy is a 36 years old man named Jørun Langøien and he is now considered a hero in the community of animals. He is now being addressed as the latest King of the Ducks. He was known to be wearing his swimming outfit for he really plans to get into the frozen lake but he was not really expecting that there was a duck being in danger. He really plans to get some ice bath just the moment when this little duck was on the walk across the lake. While walking, the ice was considered to be thin so it leads for the duck to step on a softer area resulting it to fall. As the duck fell, it was trapped beneath the ice making an assurance of drowning once no one would save it. And here comes Lars, the one who saved the duck the moment he saw the duck being in trouble he dive immediately on the water not minding how cold it could be. 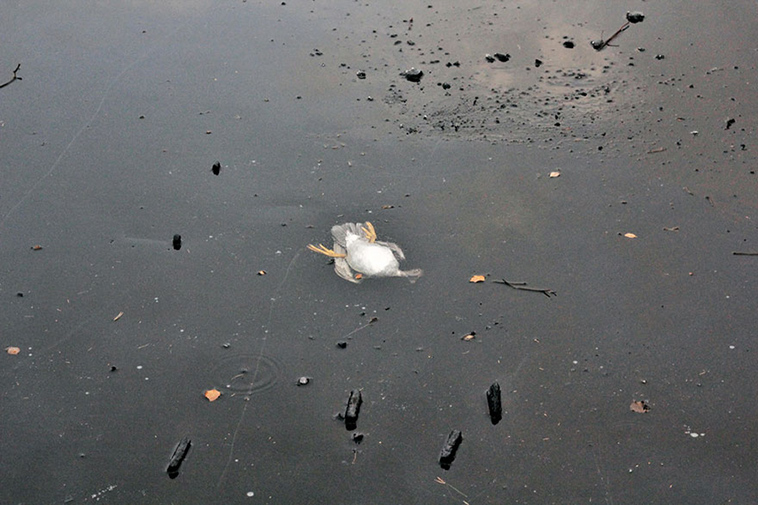 He rescued the duck and he almost used mouth-to-mouth resuscitation in order to bring back the duck into its life. And as a result, he was successful in retrieving the life of the duck wherein he already considered as his new feathered-friend. So, he used his own towel just to make sure that the duck will dry and feel warm. On the other hand, the duck feels great so it doesn’t move away as Lars continues to warm care for it. In many instances, picking wild animals or even some other animals is a hard thing to do but with Lars and the duck great interest of the heart is what matters most. 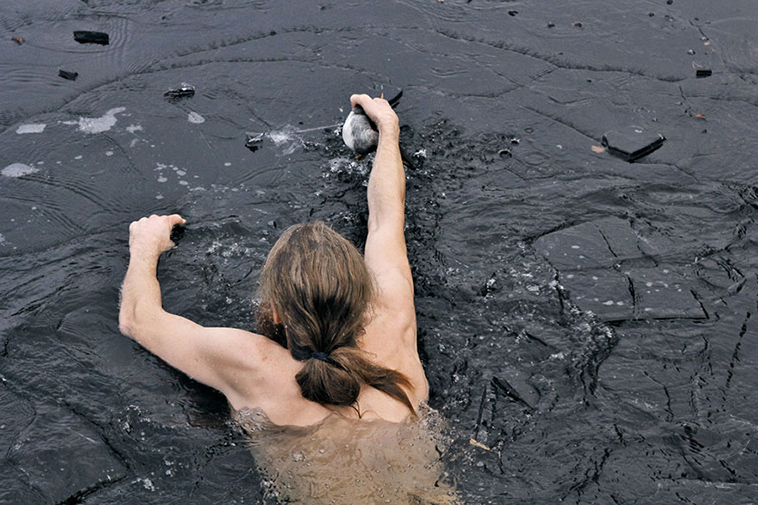 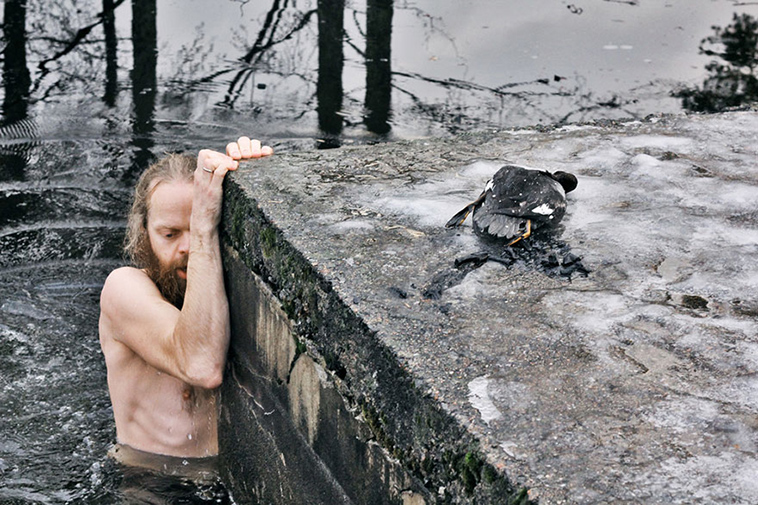 It is believed that Jørun Langøien is really into diving to frozen lakes for some reasons such as adrenaline thing or bathing on ice can be considered a type of muscle therapy. From the general theory, once you are to submerge into cold or frozen water it will provide you the chance to heal those small tears present in your muscle fibers, therefore, a great help in reducing soreness that is being associated with extensive exercises. 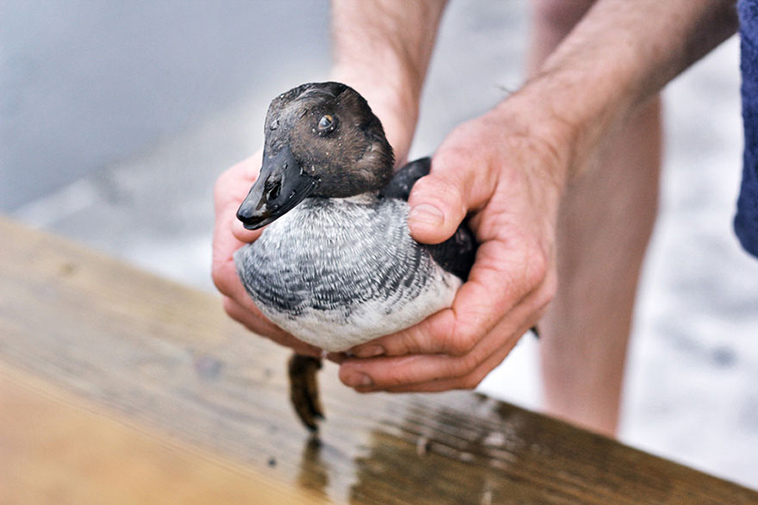 Bathing on ice is also believed to tightens blood vessels and beneficial for flushing out those waste products therefore helpful in reducing swelling as well as breaking down of some tissues. Aside from the benefits that Lars could get from diving into the frozen lake, saving the life of the innocent duck is the most important part so many are being inspired and recognized him as a great hero.

All hail Lars, the new King of Ducks! 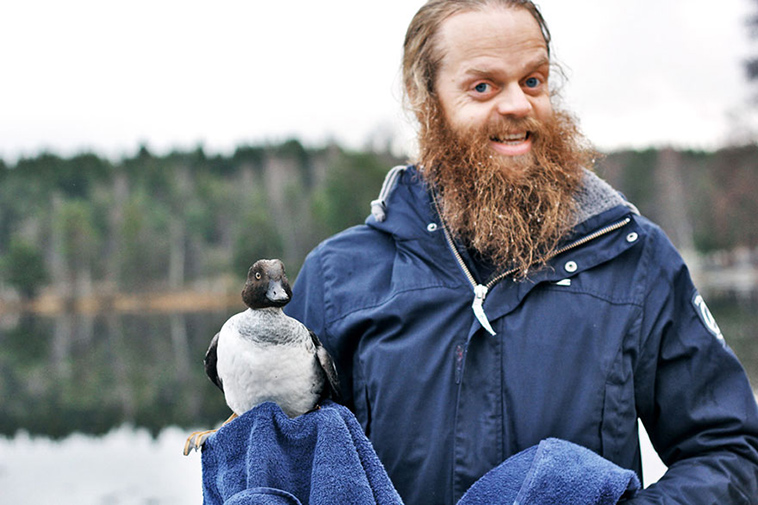