Recently, an owl was found in Zaandam, a small Dutch town located in Netherlands. This owl is a unique one as it prefers to fly and sit on the heads of people. It is a European Eagle Owl and weighs nearly 6lb (2.7 kg). People visiting the town of Noordeeinde were up for a pleasant surprise will definitely end up with this owl on their head. It ideally sits on a person’s head for a while before moving on to the next person.

Shaefer, a photographer trying to capture the owl, said that it landed on his head once when he was trying to capture it through his lens. As per the residents of that town, the owl used to dwell in Oosterwolde aviary, before it entered the town. The residents also claimed that the owl has attracted photographers from as far as The Hague and Spijkenisse. However, the residents have nothing to say about the reason why it rests on the heads of people. (h/t: lostateminor, nltimes) 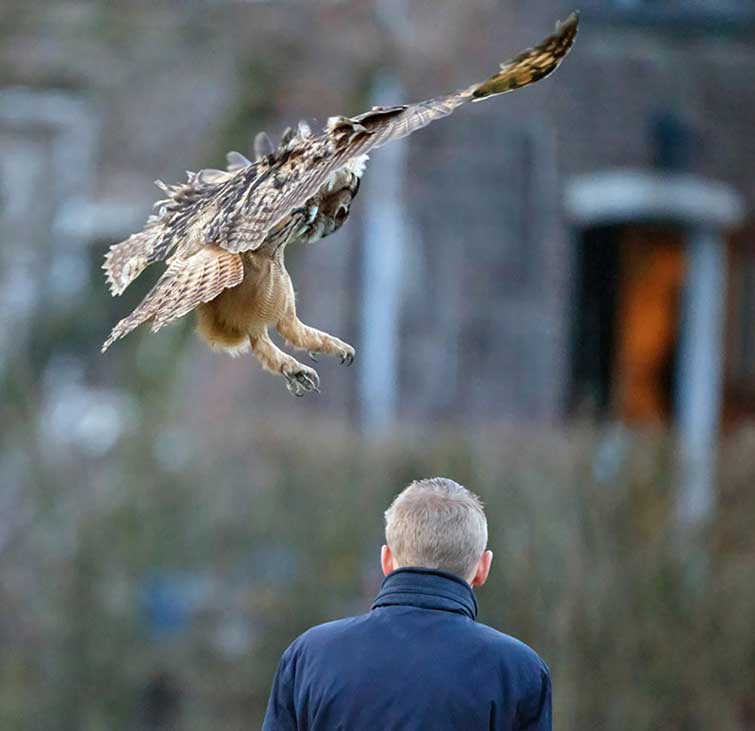 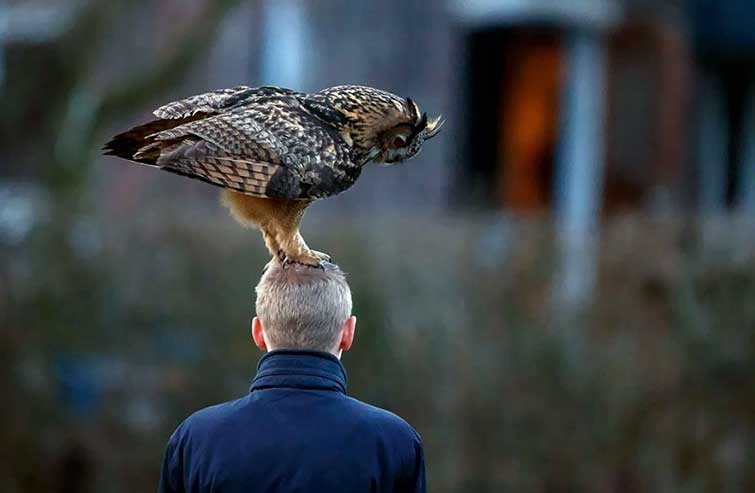 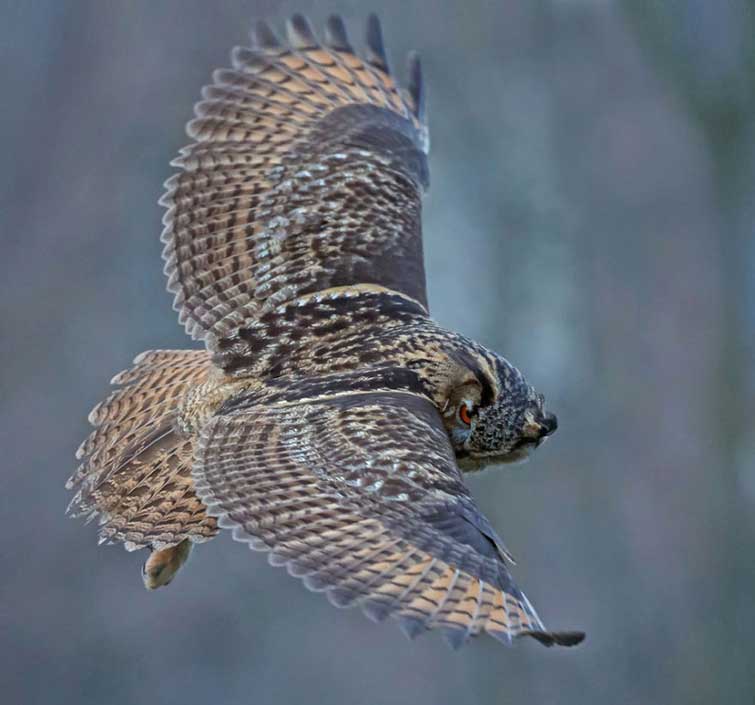 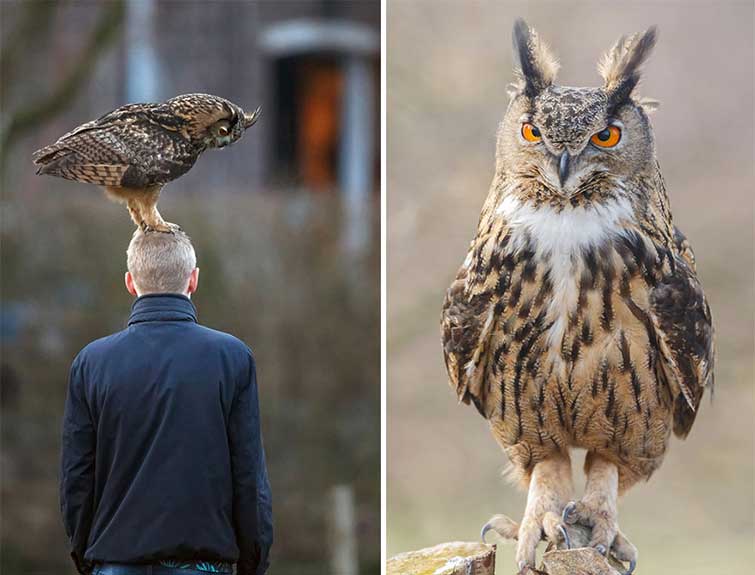 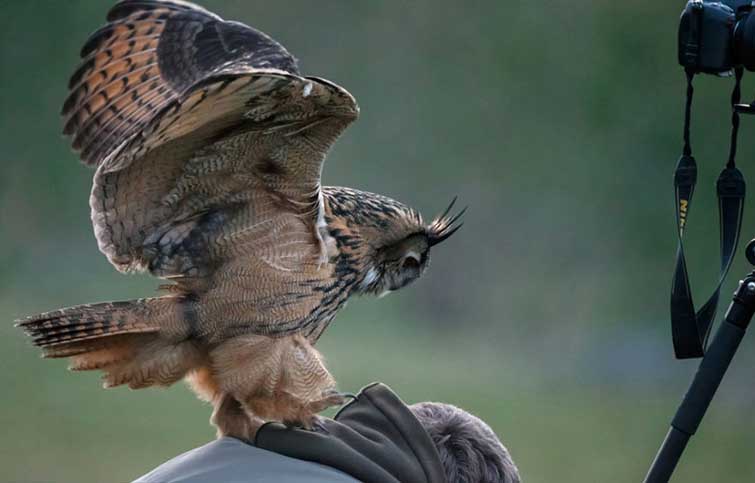 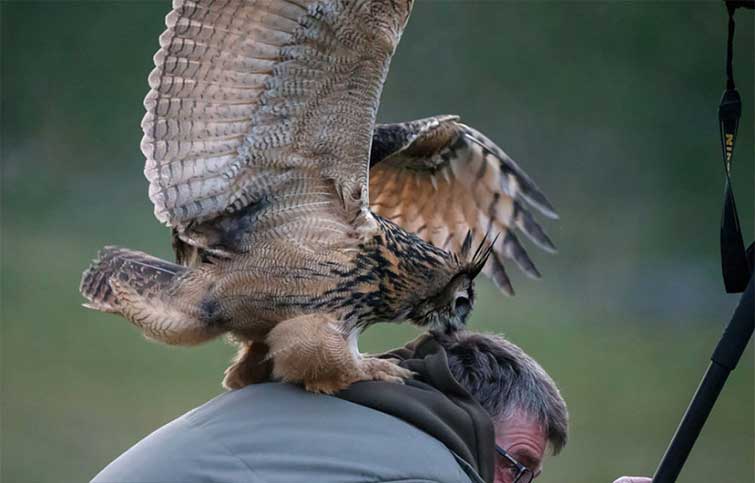 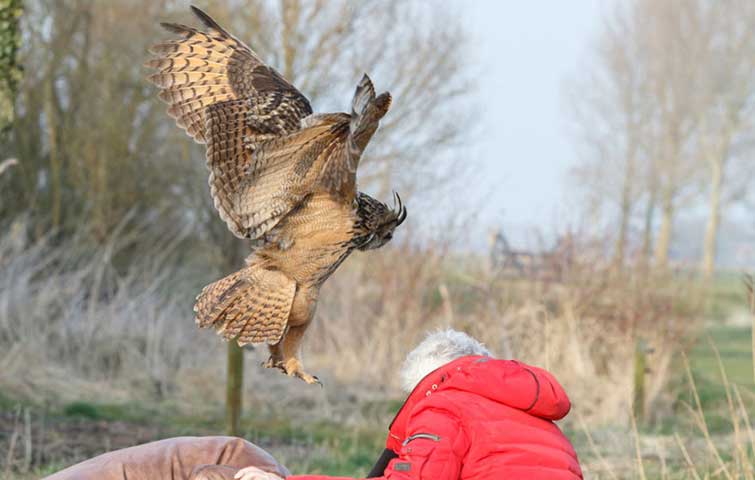 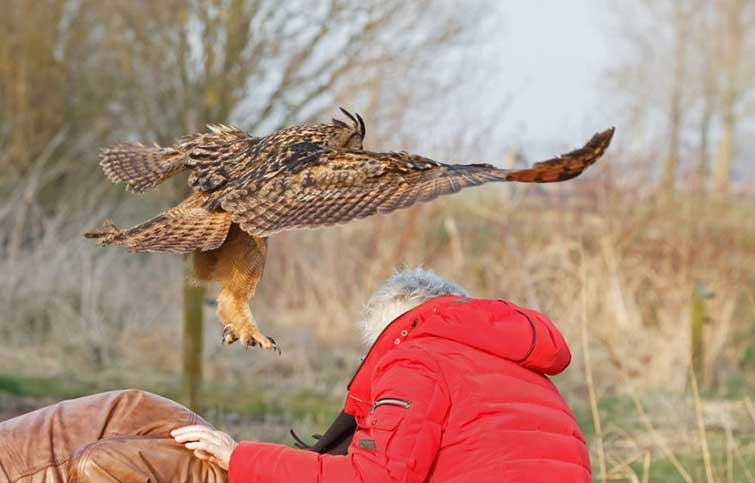