Sheri Kasaliaas is an animal-lover with a big heart. Her heart is so big in fact, that she decided to take in some non-traditional animals that required some love and care – three orphaned opossums!

While she normally fosters dogs, Sheri couldn’t turn away three adorable baby opossums after two had lost their mother in car accident, with the other dying from wounds suffered during a dog attack.

The goal of fostering wild animals was simple – nurse each opossum so that they will be fit, fighting and ready to head back out into the wild where they belong. And this plan went ahead without much fuss, with two of the three opossums enjoying their rehabilitation before setting out on their own.

However, one of the opossums wasn’t too keen on these plans!

You see, the lovable Opie had developed an unlikely attachment to his foster carer, going as far as to lick and groom Sheri in an action similar to cats. The two shared a bond that was somewhat problematic, as Sheri would have to break all contact with Opie if she ever wanted him to be ready for release. 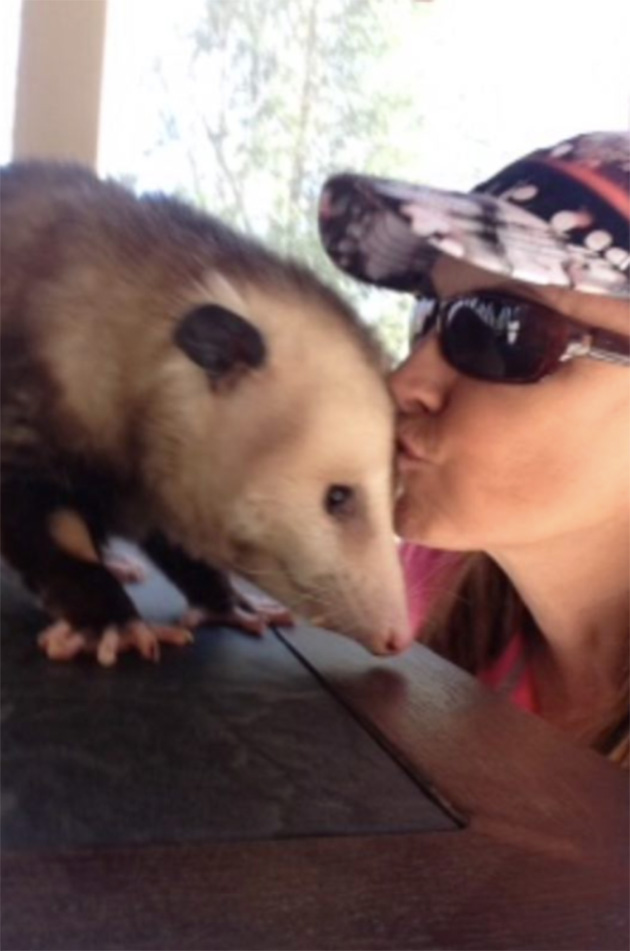 Now, two years on the pair are still enjoying each other’s company, with Sheri deciding to keep Opie as a permanent resident. He is a fully accepted member of the family, living alongside Sheri and her husband, their pet dogs, and Bubba the tortoise. 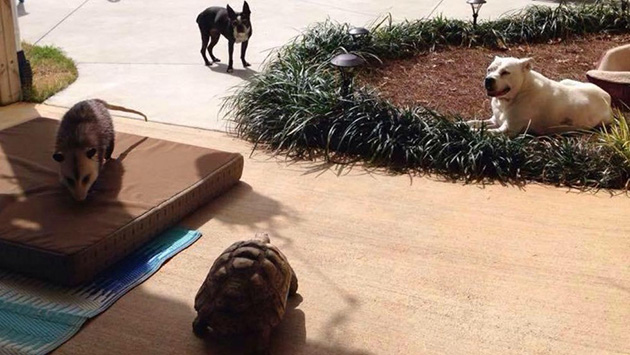 Opie is part of big family and gets to enjoy all the perks of being a pet – such as visits to Santa Clause! 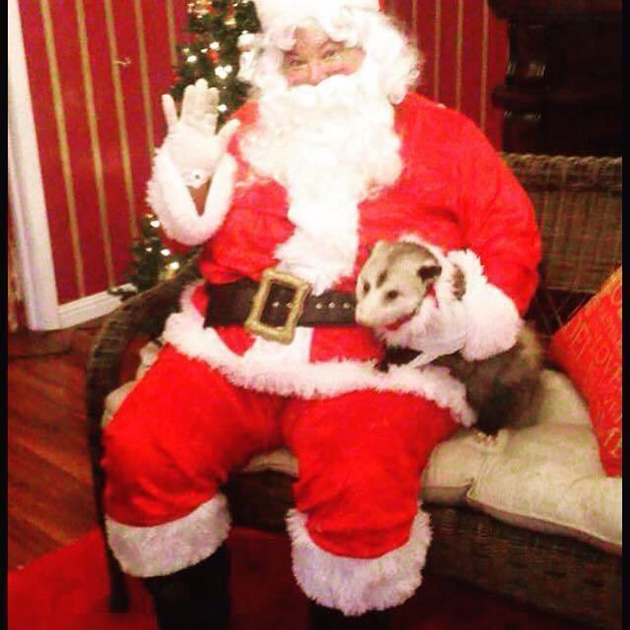 As his fully registered with the USDA Opie is permitted to go out in public without issue, with the loveable opossum regularly visiting schools and other organisations with Sheri to offer a little insight into these amazing animals. 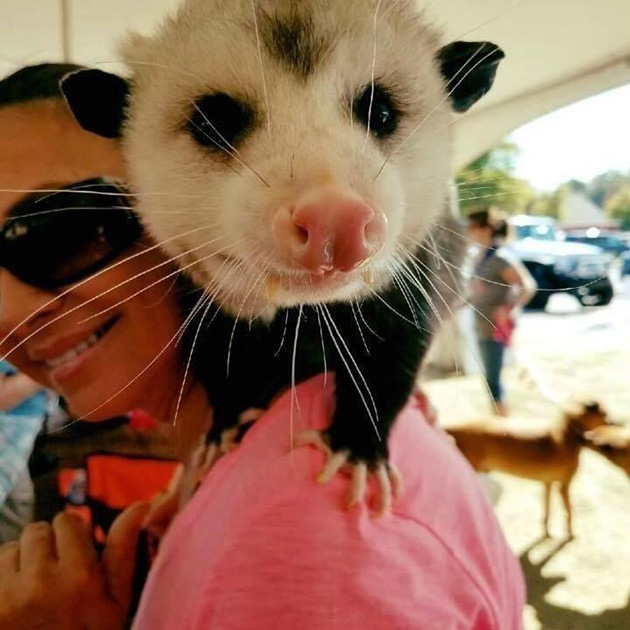 For instance, opossums are totally immune to any form of rabies, they aare the only breed of marsupial found in North America, and they love to eat ticks. 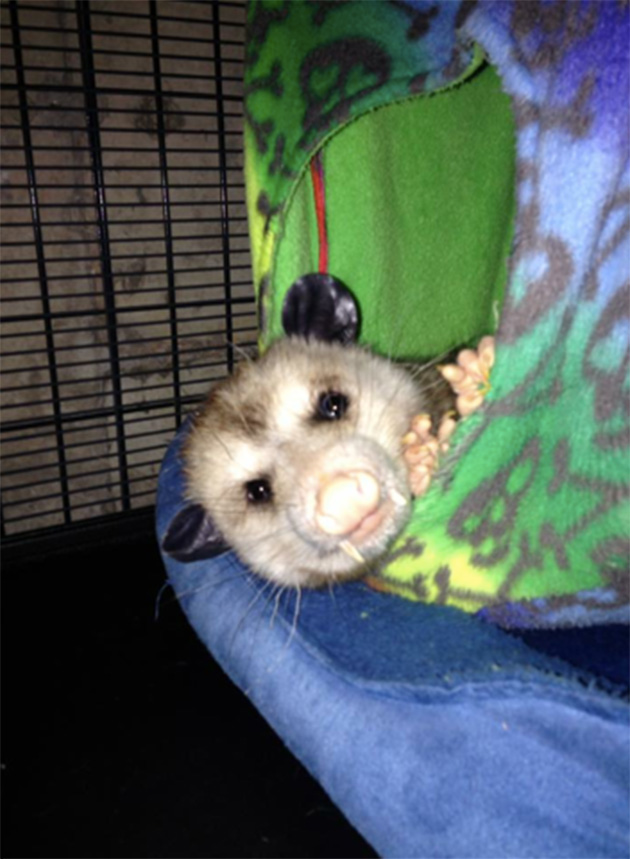 This makes particularly useful for pest control as they love eating ticks when outdoors. In fact, opossums won’t destroy any plants or flowers when outside, not even showcasing destructive habits such as digging.

Unfortunately, Opie and his fellow opossum tend to have short lifespans of around two years. While she may not have too much time left with Opie, Sheri will continue to love and cherish the time she does have with the awesome opossum. 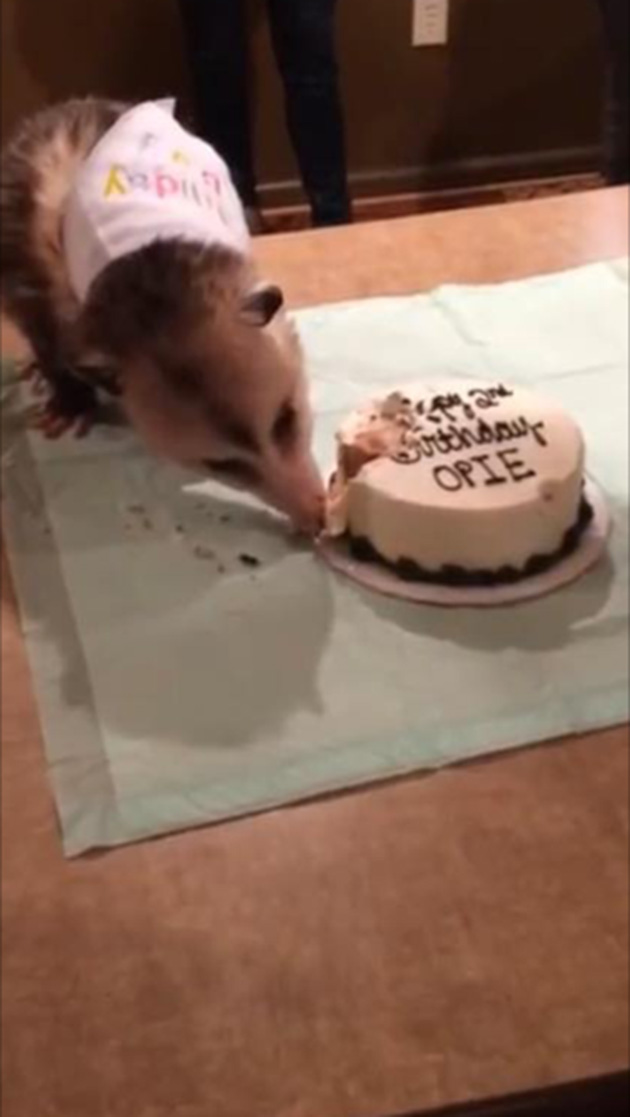 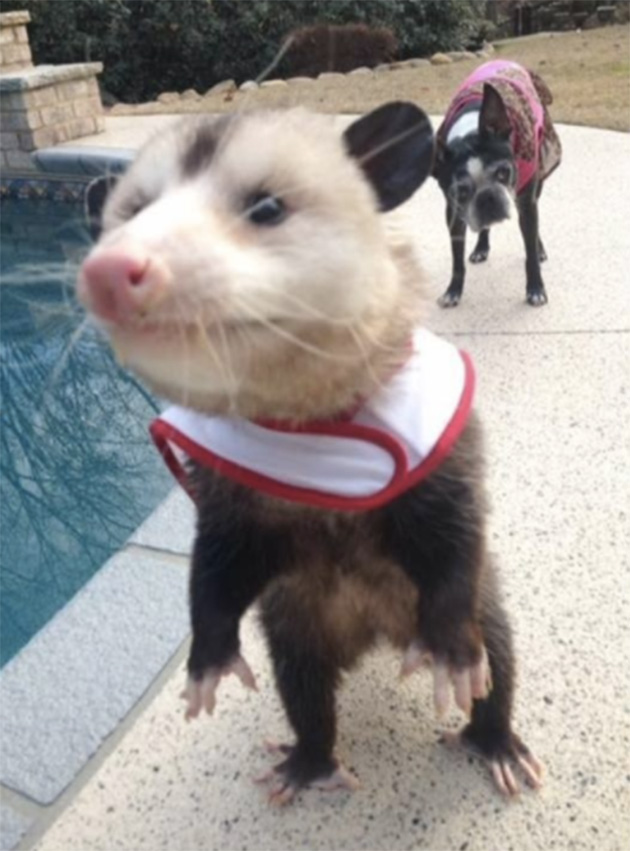 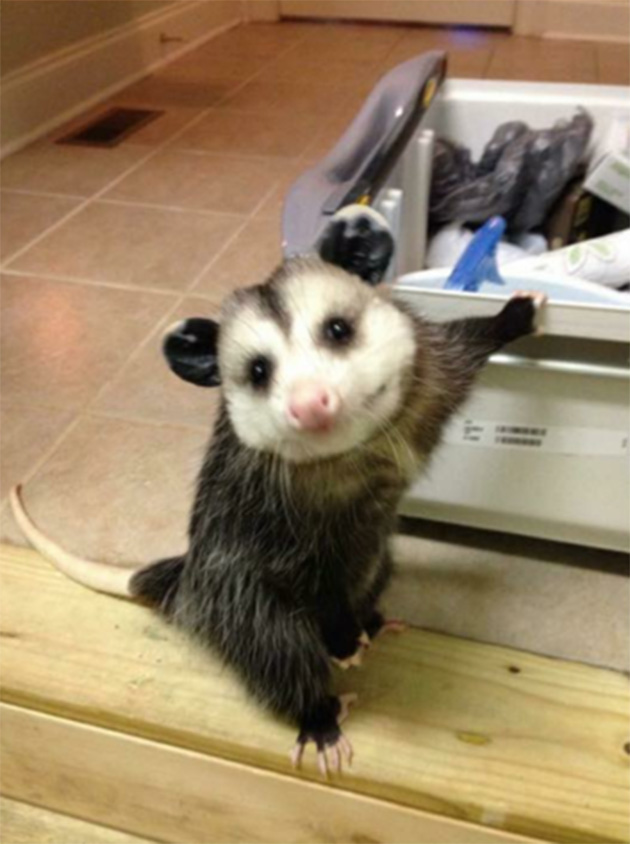 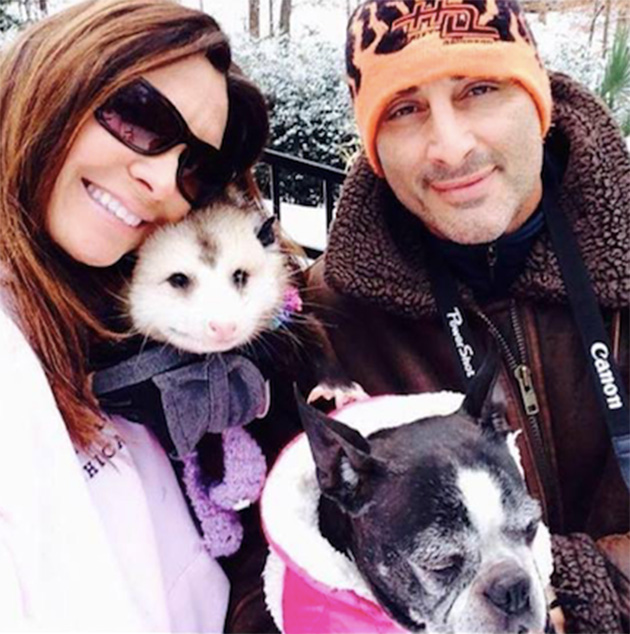