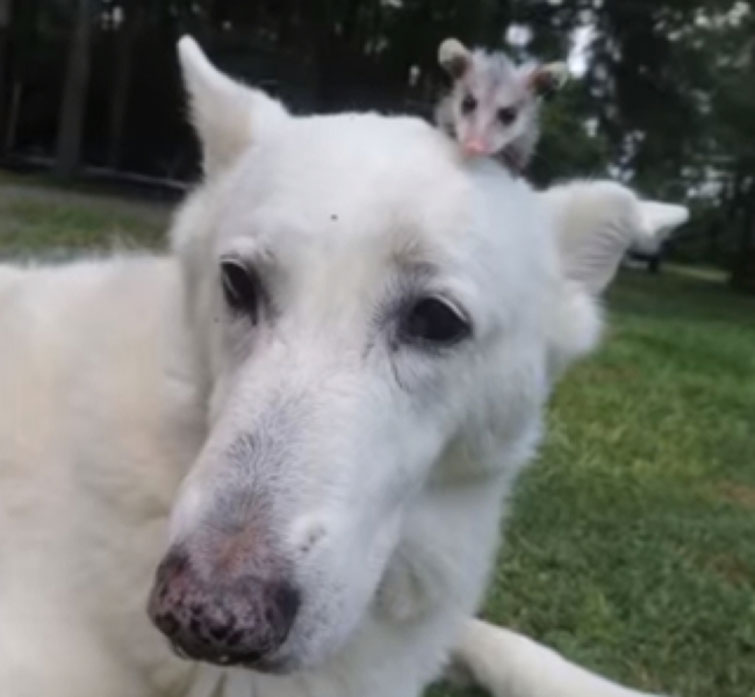 A German Shepherd named Hantu recently adopted an opossum named Poncho. Poncho’s mother was hit by a car and when the rescuers found her, the opossum was lying close to its mother and it was sad. The rescuers healed Poncho, but eventually realized that it was missing out on mom’s love and it would not be able to survive if that continued. With this, they gave a new lease of life to Poncho by giving her a foster mom named Hantu, who did not have a pup of her own. Now, both the pup and the mom have bonded well and Hantu and Poncho are happy all over again with the newfound relationship between them.