There are approximately 200 underground cities around the world. But, Derinkuyu, Turkey is one of the largest and the most amazing ones. The reason is this city has sheltered more than 20.000 people in the 18-storey living complex together with their livestock and food stores. Derinkuyu underground city is in the Cappadocia region of Turkey. Since 1965, where a local habitant accidentally found the remains of the city, this place has attracted thousands of tourists. 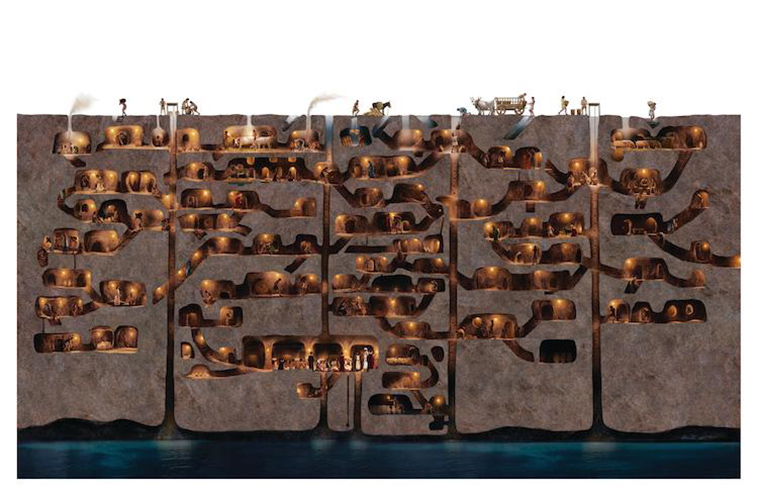 This underground city was found by Phrygians from 8th-7th BCE. From that period, the city has enjoyed a prosperous life. And the golden ages were experienced during the Byzantine period. Also, the city has remains of some chapels which were built after the people there followed Christianity during the Roman period.

This large amazing underground city has been connected with numerous tunnels. The whole structure is designed as a large network. It is believed that these tunnels were added during Byzantine and Arab wars. During 780-1180, people constructed an extensive tunnel network to connect all parts of the city and form an escape route. 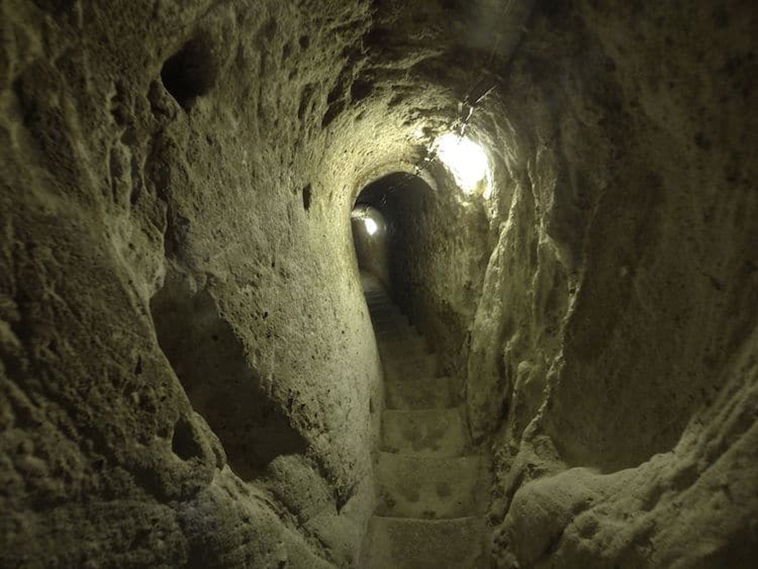 Derinkuyu underground city had everything for a society to survive. Although built underground, this city functioned just like a normal city on the surface. This huge complex had communal rooms, stables as well as a wine cellar. Also, there were places for live stocks and clean water was obtained from wells. 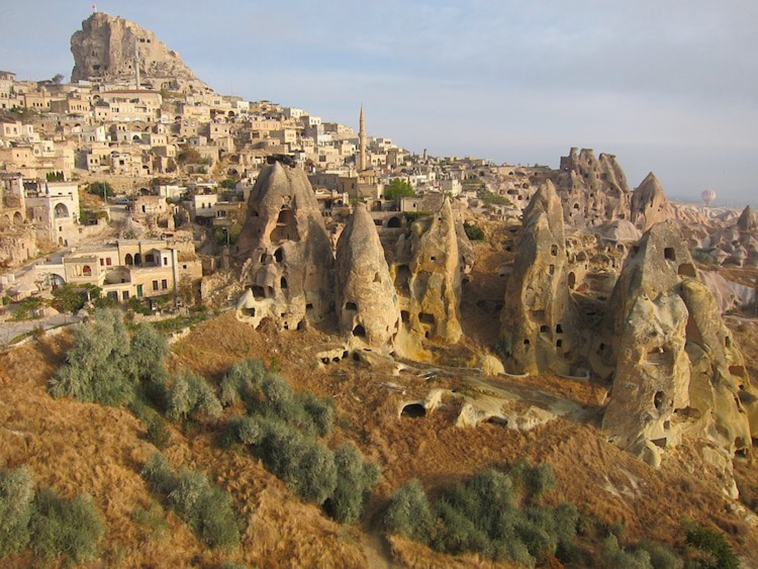 Cappadocia is a region in central Anatolia, Turkey.

One of the reasons for this city to become this large was the geographical advantage. Easily carved volcanic stones in the Cappadocia region enabled this city to turn into a megacity of that period. Ventilation was provided with 180-feet long shafts and 1000-pound round, stones that function as doors to protect the city from all types of attack. Currently, Derinkuyu and Cappadocia region is among the most popular touristic destinations in Turkey. Although only 8 layers of this ancient underground city can be visited, it is worth seeing how people of the past lived a secure life. 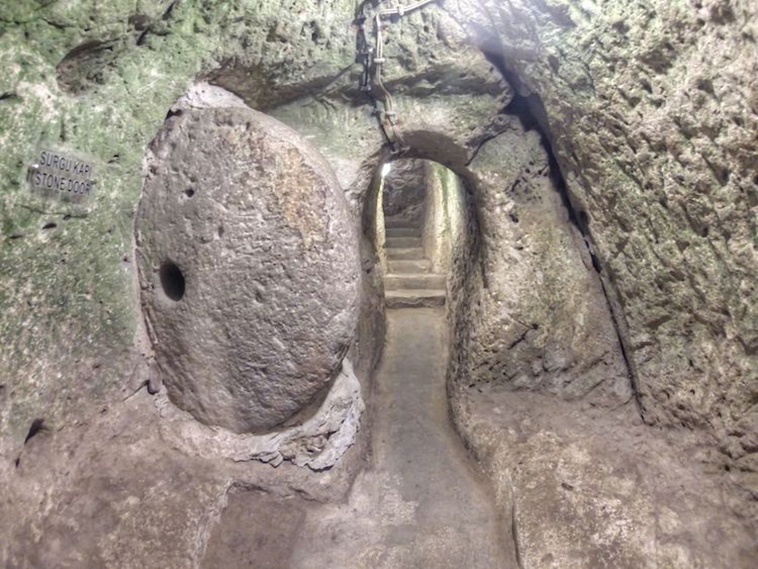 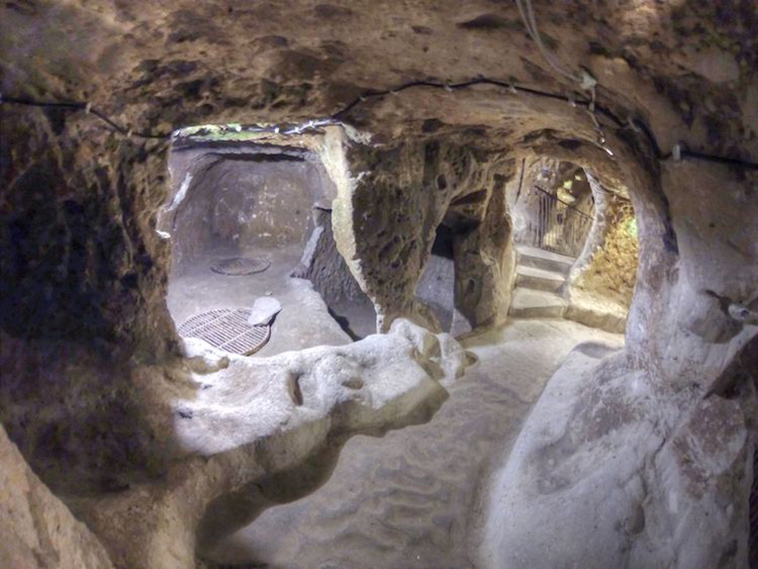 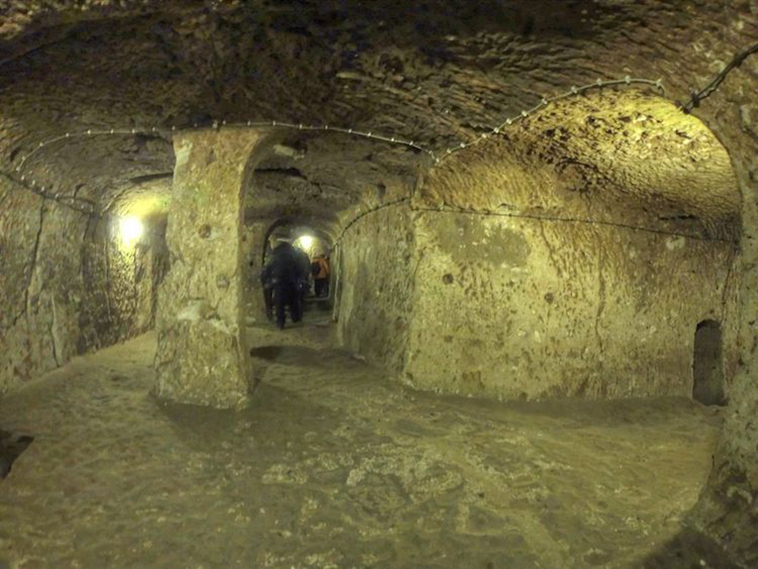 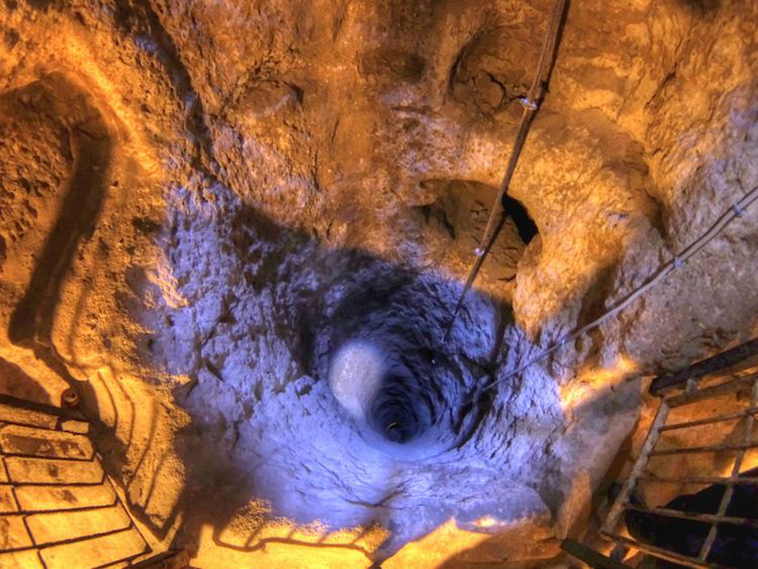