Many delivery drivers will come across friendly dogs during their routes, such as UPS driver Katie Newhouser, who had developed quite the friendship with her customer’s loveable pit bull Leo. 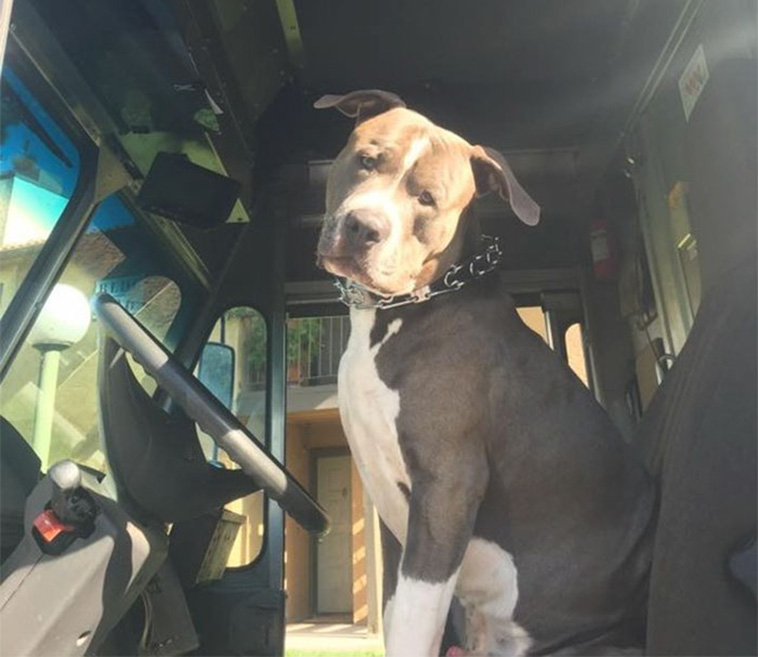 As one of her regular delivery addresses, Katie would visit the home in rancho Cucamonga, California, and would show Leo some much-deserved love any time she could. 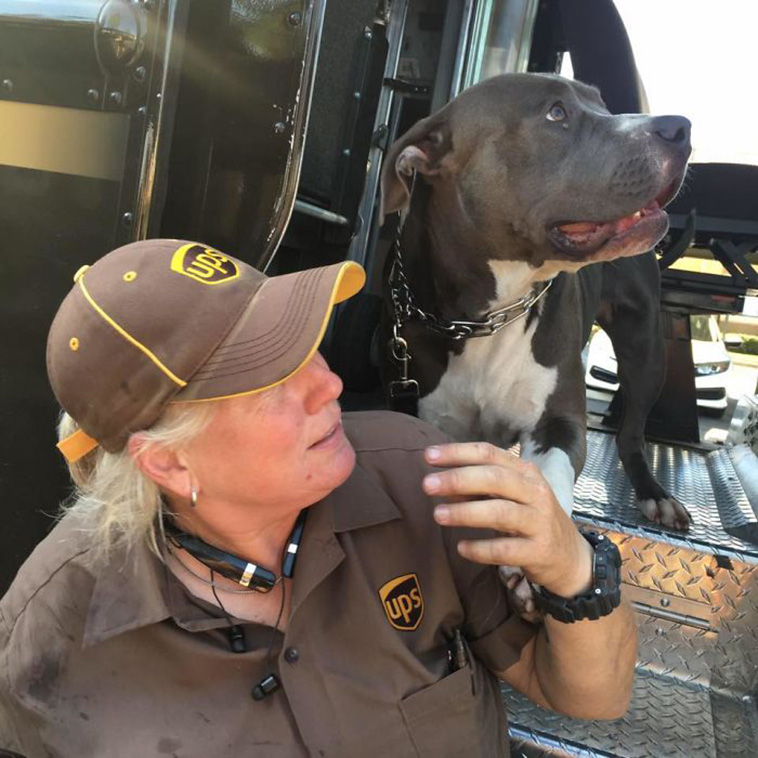 “Whenever I’d turn up at the complex, he’d apparently go crazy, and he’d want to come down and see me,” Newhouser explains. “He just took a liking to me for some reason. He’d always come up and lick me.” 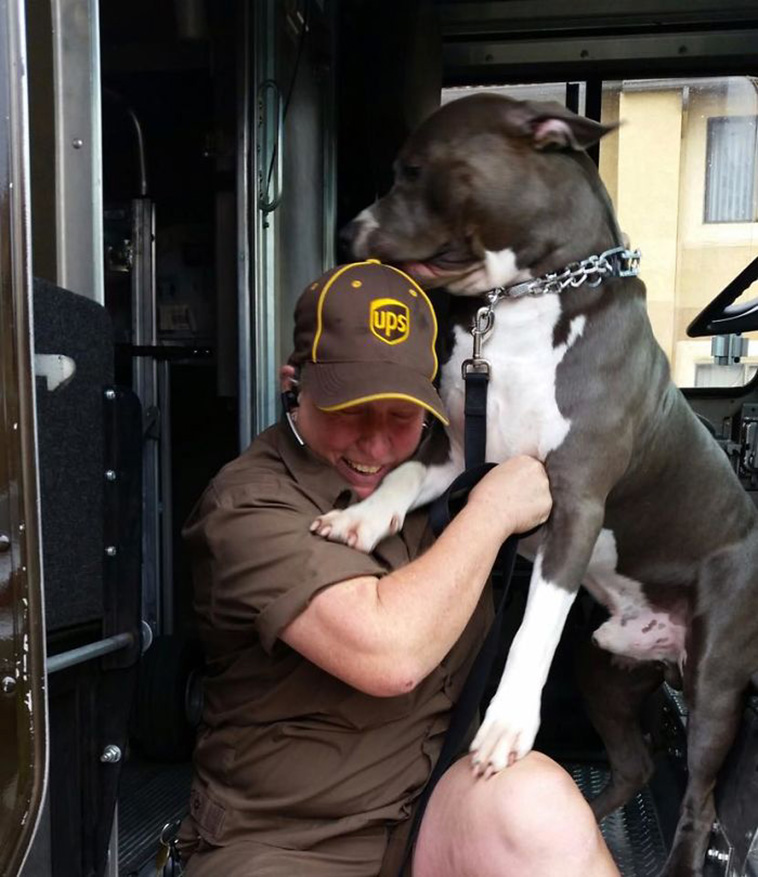 Leo would also jump up into her delivery truck any chance he got. “He would sit there and sniff around,” Newhouser said. “When I had to leave, he didn’t want to get out.” 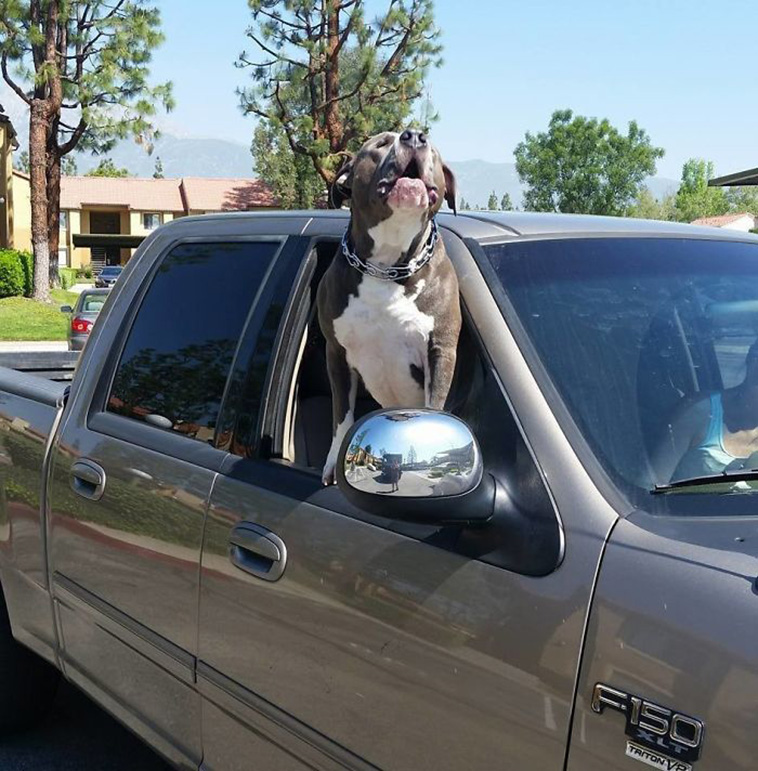 She ended up striking a conversation with Leo’s owner Tina, who she would then frequently speak to during her deliveries for more than a year. After going on vacation, Katie returned to the sad news that Tina had died, leaving Leo without an owner or a home, so she immediately knew what had to be done. 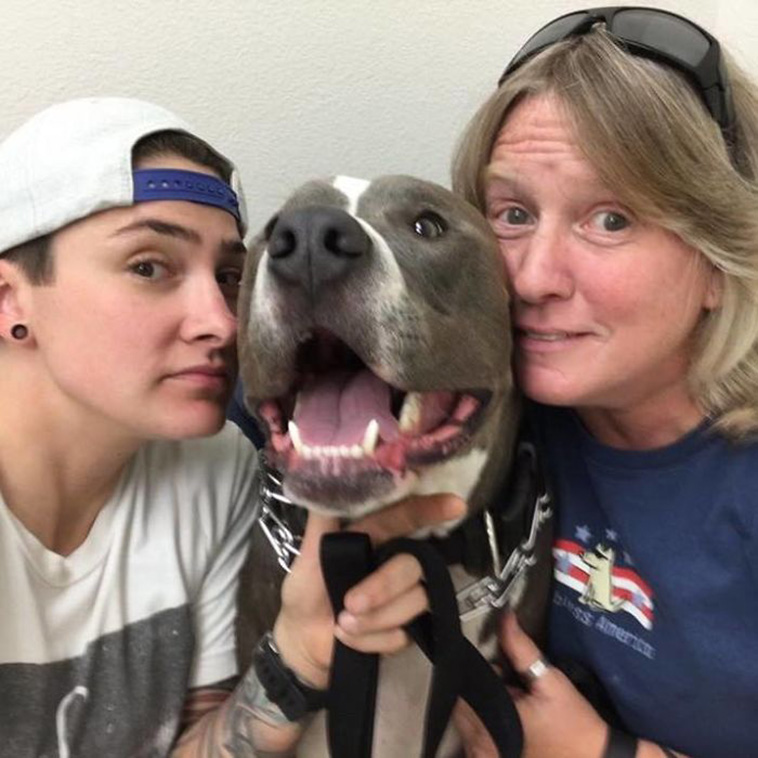 “I knew he had nowhere to go, and I didn’t want him to end up in a shelter, and with somebody who was not going to be good for him.” 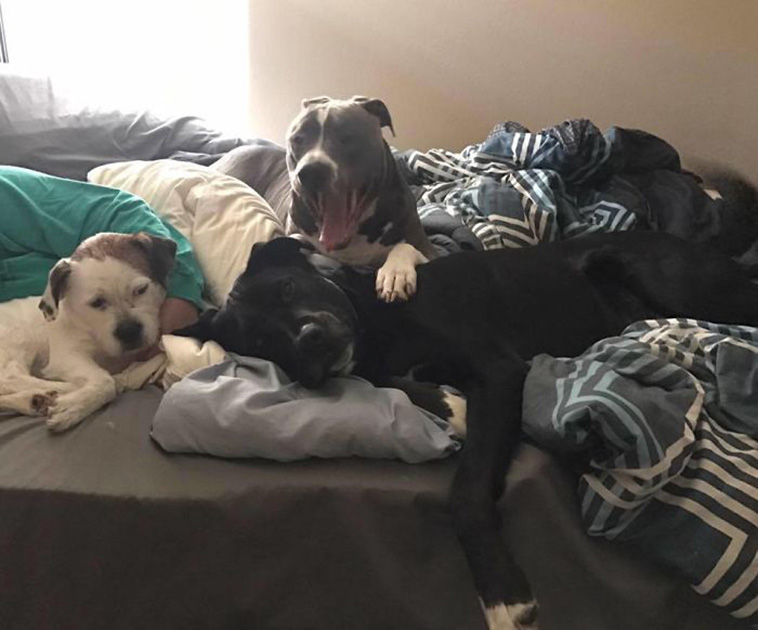 Thankfully, the two are now living together, with Leo being regularly showered with love and affection, which hopefully helps him through the tragic loss of his previous owner. 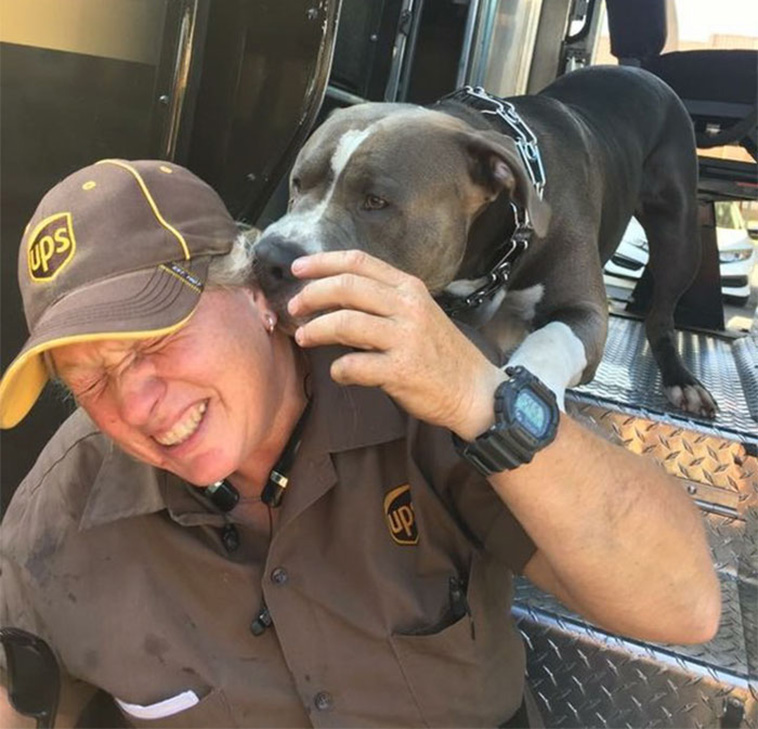