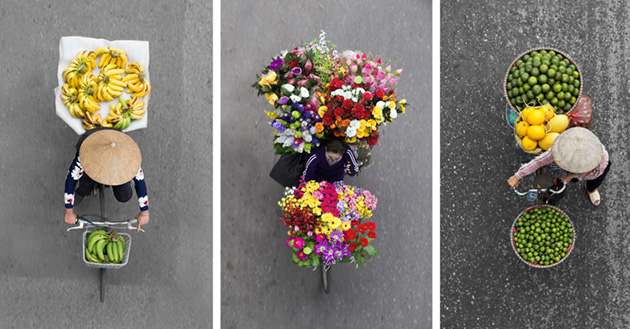 A photographer named Loes Heerink has created a photo series in Hanoi, Vietnam involving pictures of street vendors that are taken from above their heads. She has found the lives of street vendors to be fascinating. The vendors start their day by waking up at around 4 AM and then bicycling their products of usually fruit or flowers for miles to the city area where they can sell them on the streets. Heerink has spent many years living in Vietnam and she’s always wanted to capture the beauty of these vendors, who are mostly migrant women. 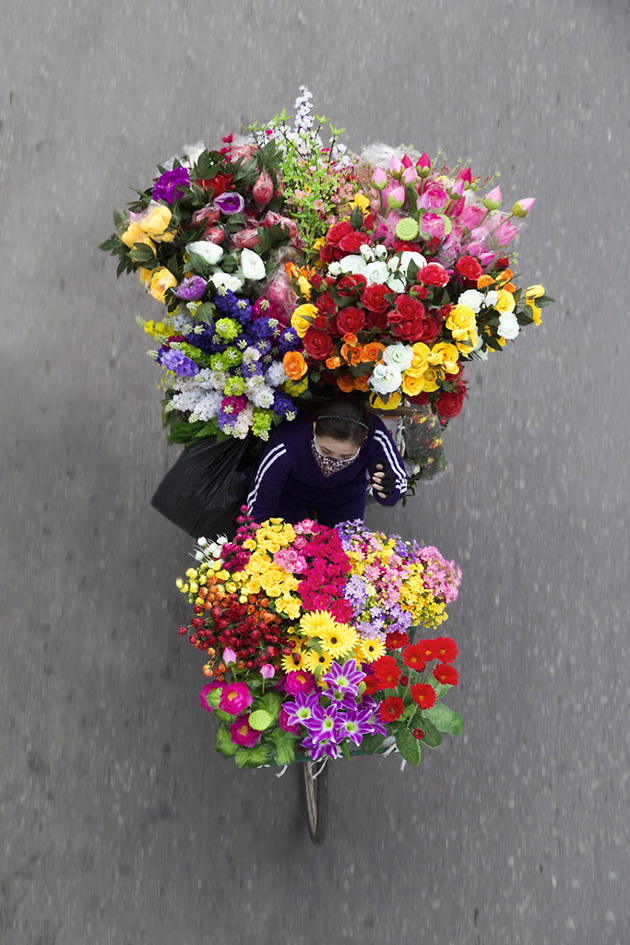 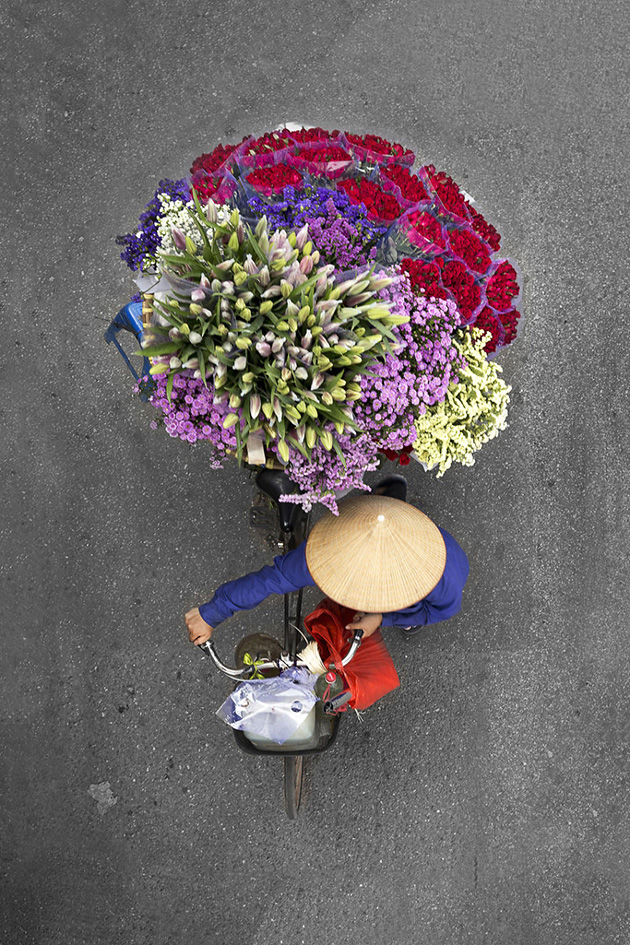 What Heerink decided to do was position herself on various bridges throughout Hanoi and then wait for vendors to pedal through the area below her. As they would pass by, she would point her camera downward at them and take pictures. The result of these pictures turned into a photo series filled with colorful symmetric photos of these vendors who had no idea their pictures were even being taken. 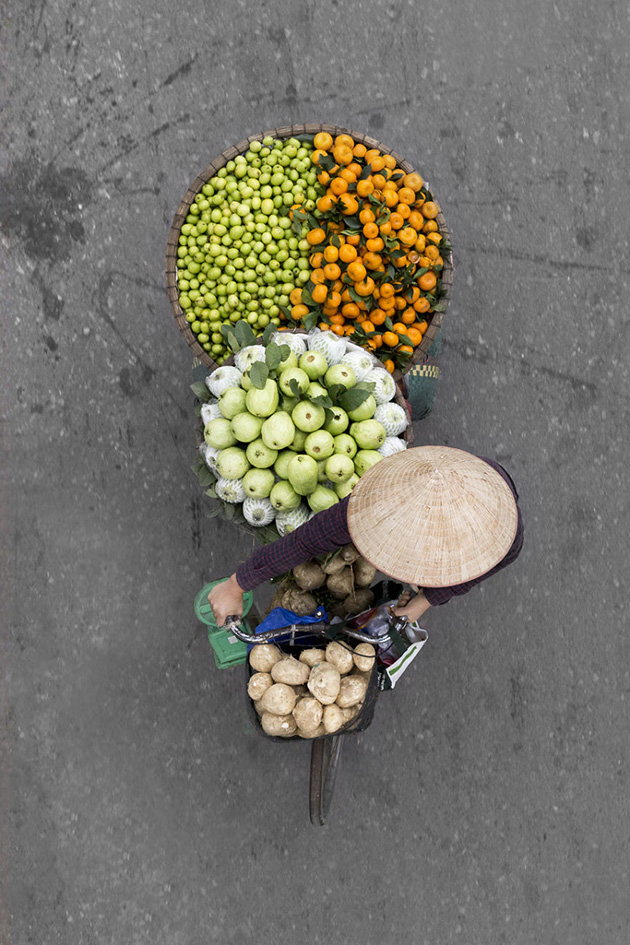 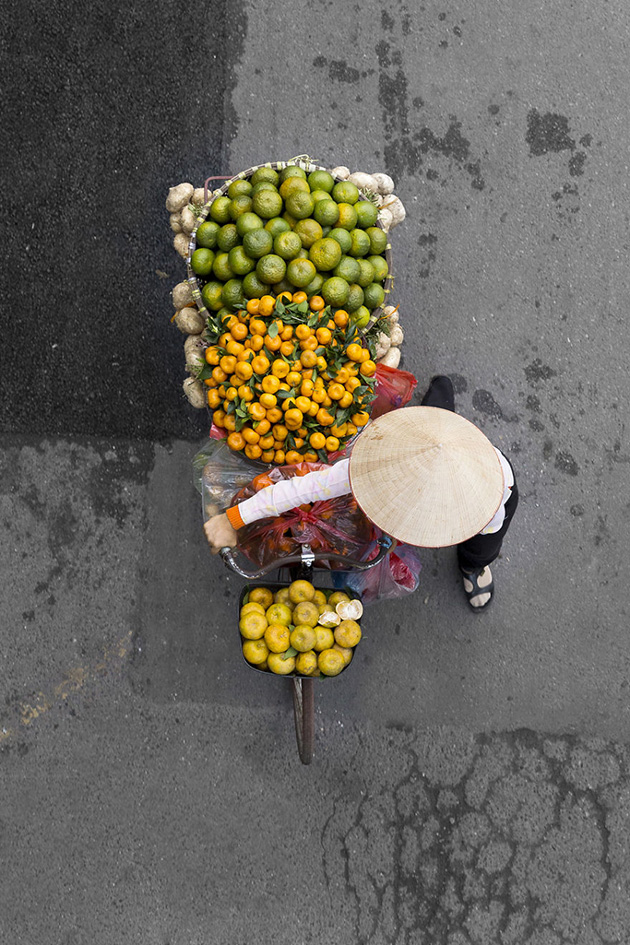 Heerink wants to capture up to a hundred images like these and put them together in a book that she plans to publish. The purpose of the book is really a celebration of the hard work that street vendors in Vietnam do. Heerink has created a Kickstarter campaign to raise enough money to go back to Vietnam and finish her photo series. She even wants to interview some of these street vendors. 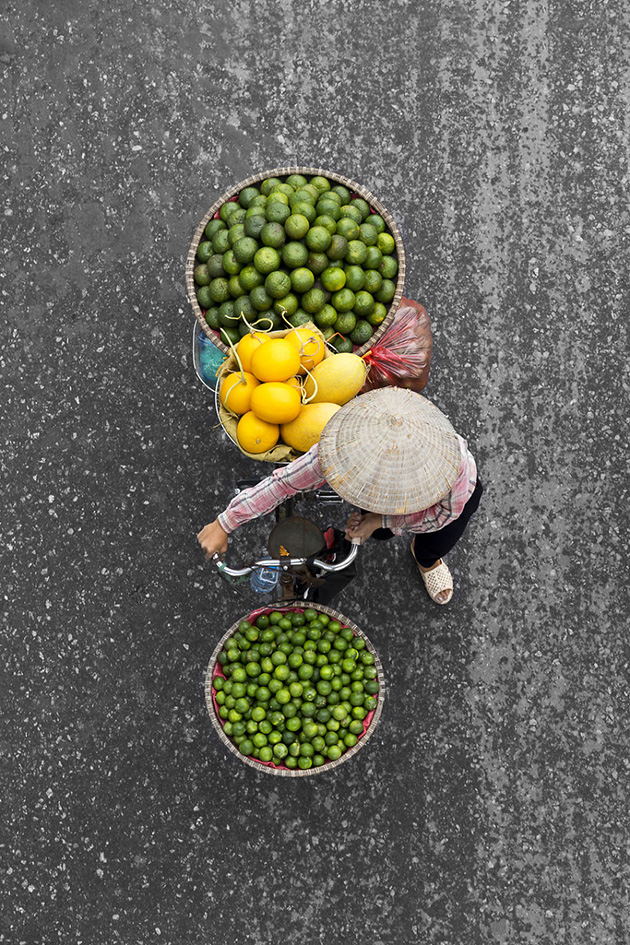 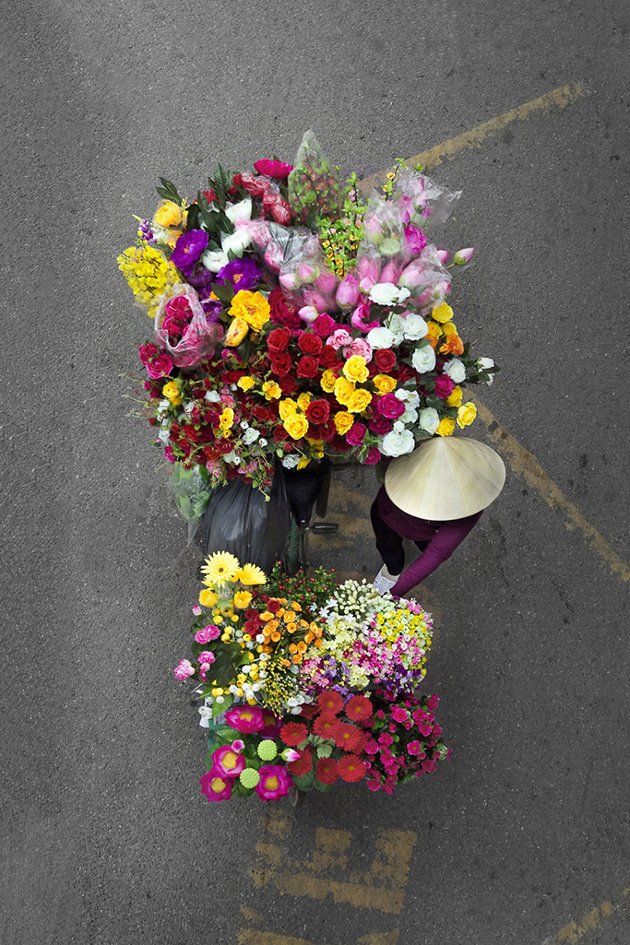 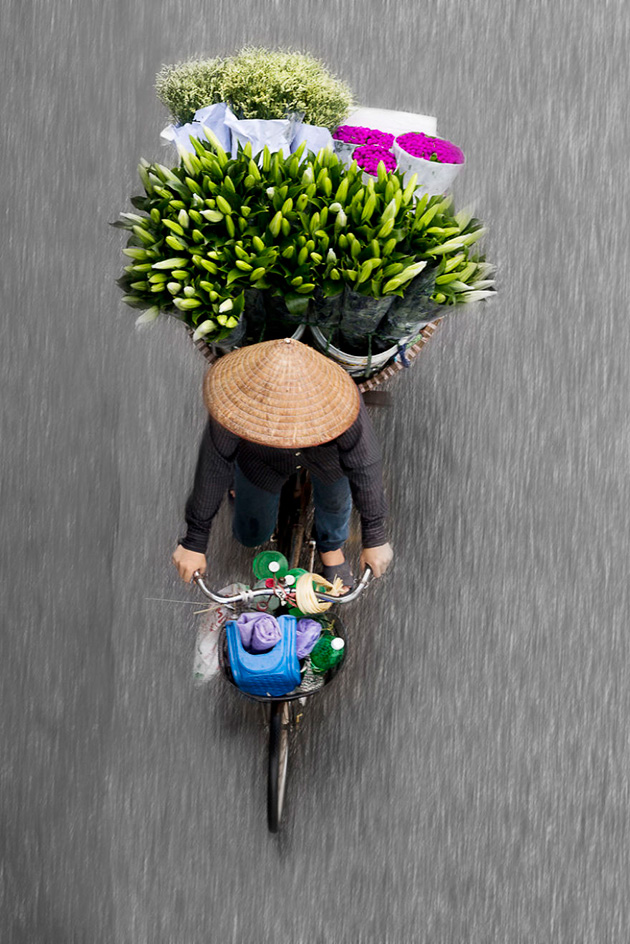 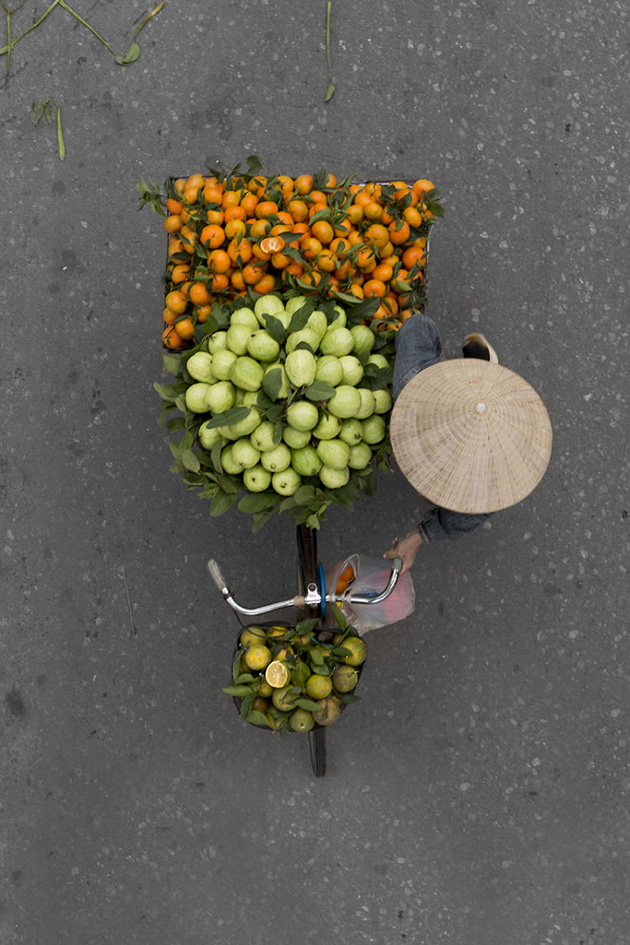 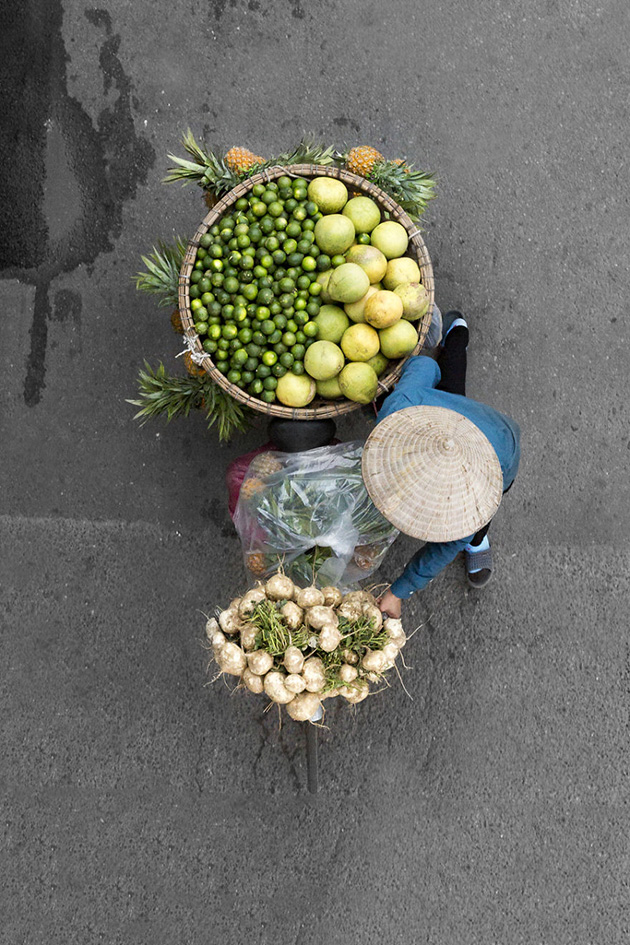 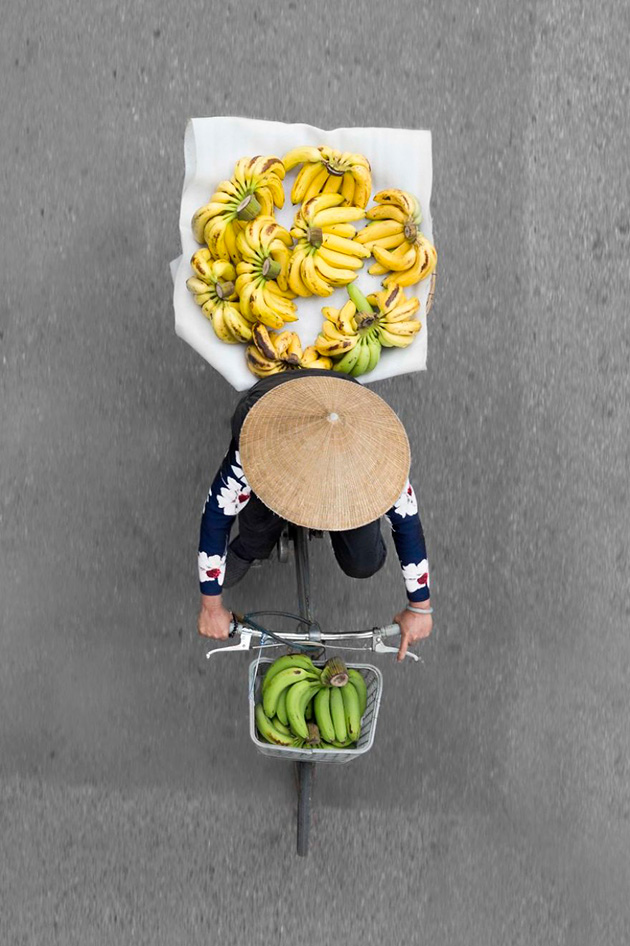 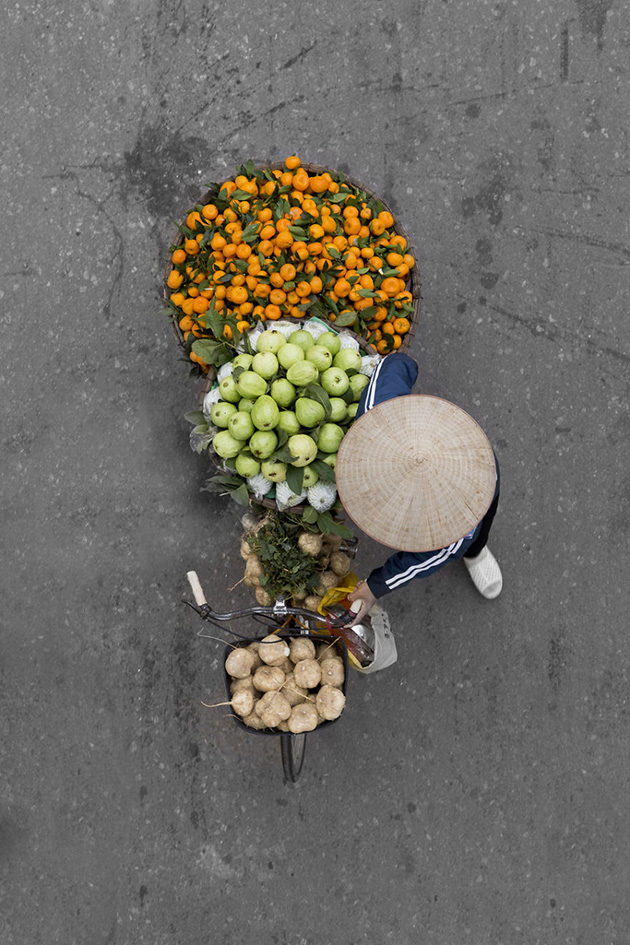 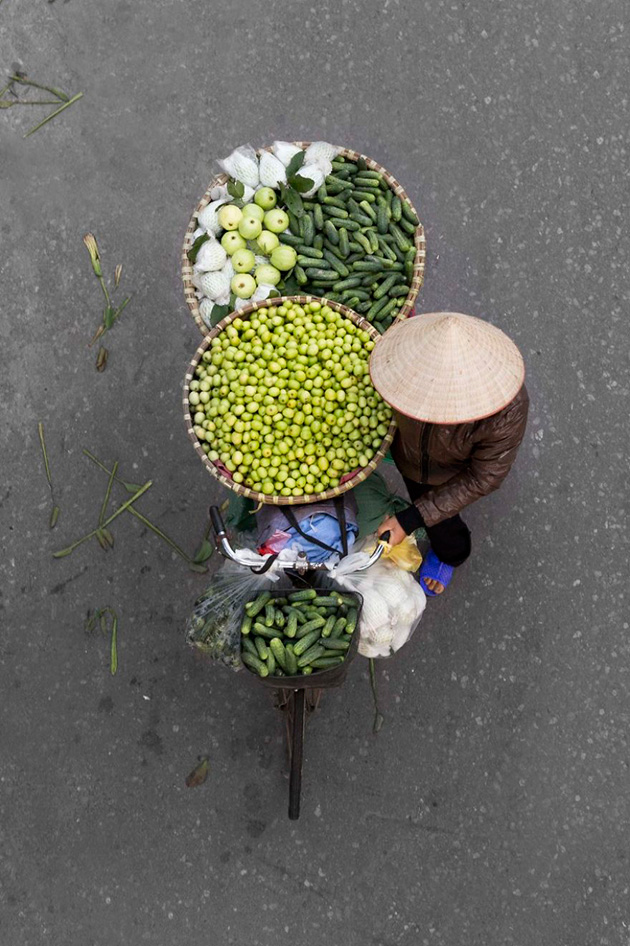