Mike Mezeul II is an American photographer who goes to ridiculous lengths to capture that perfect shot – such as hiking 13 miles to and risk severe burns to snap flowing lava in its natural habitat.

Not only did he manage to photograph a stream of molten lava, but also a glimpse of both the moon and milky way in the night sky, not to mention a passing meteor as well! 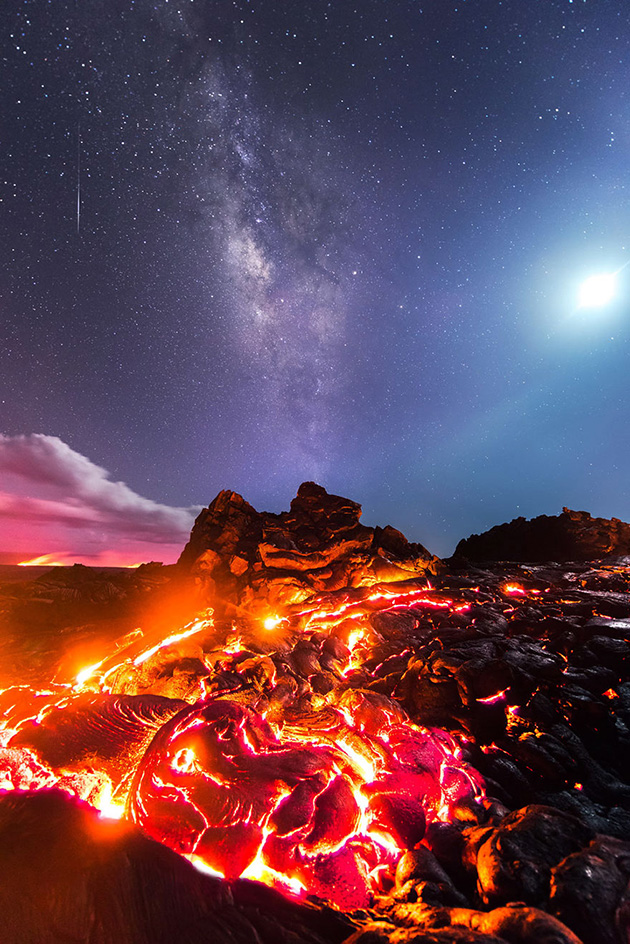 It’s a truly breath-taking image that captures all the diversity of nature in one image, although it was quite the danger of getting such a shot.

“I was literally in shock,” he told The Huffington Post. “It was my third frame to shoot after the sun had set, and after I saw the meteor, I knew I couldn’t beat that image, so I packed it up and headed back.”

The photo was taken at the Volcanoes National Park on Big Island of Hawaii, so Mike could only afford a few seconds to take some photos due to the heat of the lava that could have left him badly burned. 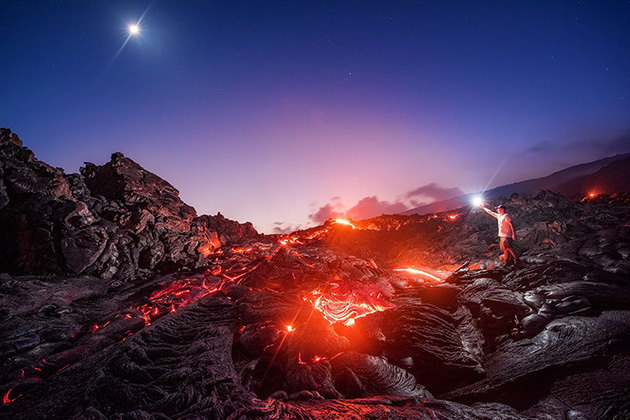