A local photographer, Svetlana Kazina, was at the right spot at the right time to take a picture of the rare spectacle seen on a mountain in Siberia. She lives in the Altai Mountains and took pictures of the breathtaking view of the sky that’s glowing over Belukha Mountain, which is Siberia’s highest peak (14,783ft). While exploring the areas around the Belukha mountain, she captured a colorful optical phenomenon called cloud iridescence, caused by small water droplets or ice crystals individually scattering light. 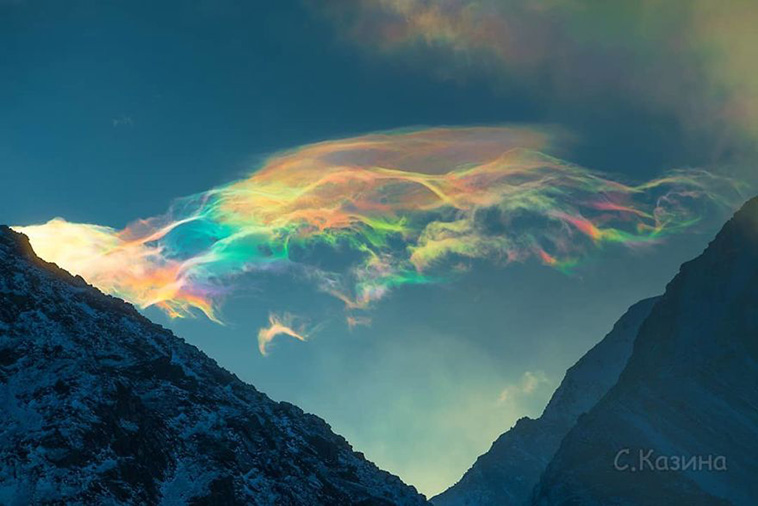 “I pictured this beauty over Siberia’s highest peak, Belukha, early in the morning”, said Svetlana.”Rainbow clouds are a rare optical phenomenon when thin clouds close to the Sun change to spectral colors.” She added that “The wind at this height was so strong that the cloud ‘lace’ changed every second,”. Svetlana had to be quick because the natural color show didn’t last long. “Firstly, the sun rose higher and higher, and it was getting too bright. Secondly, I had to fly to the second weather station.” 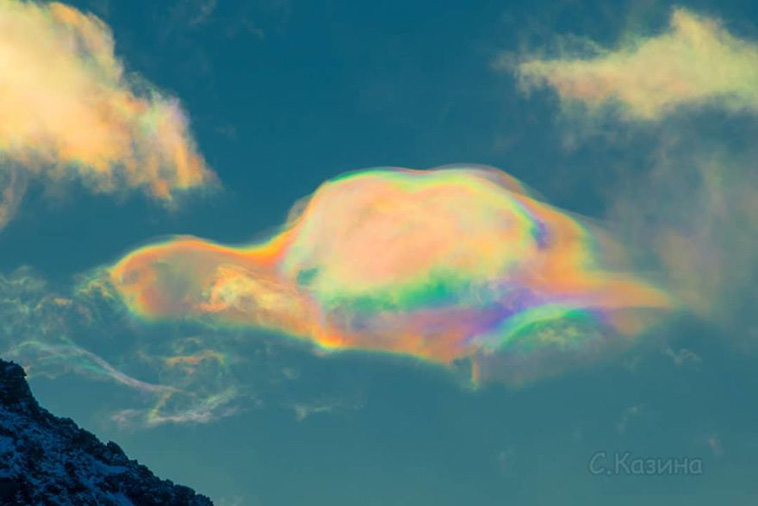 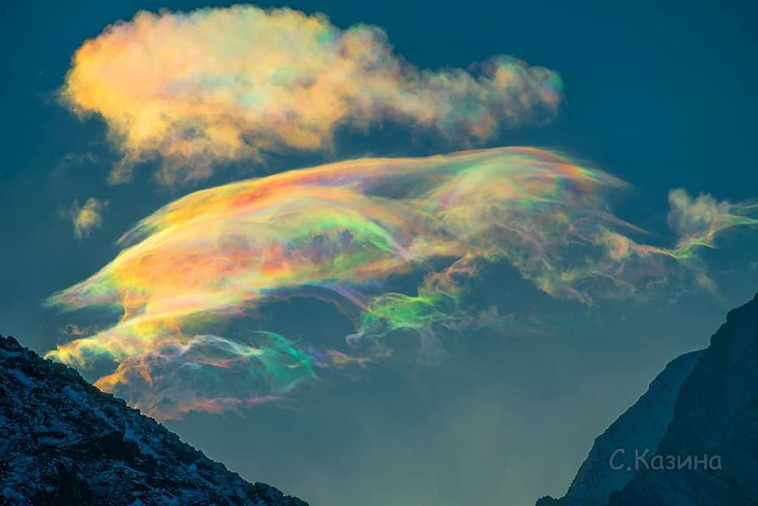 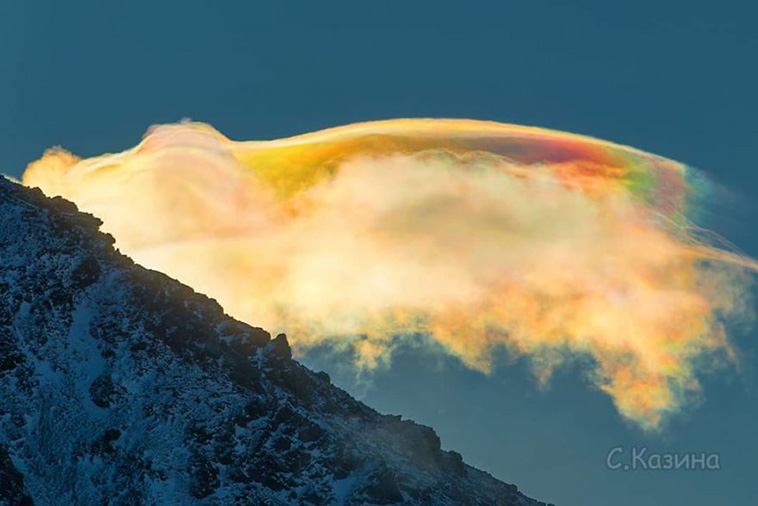 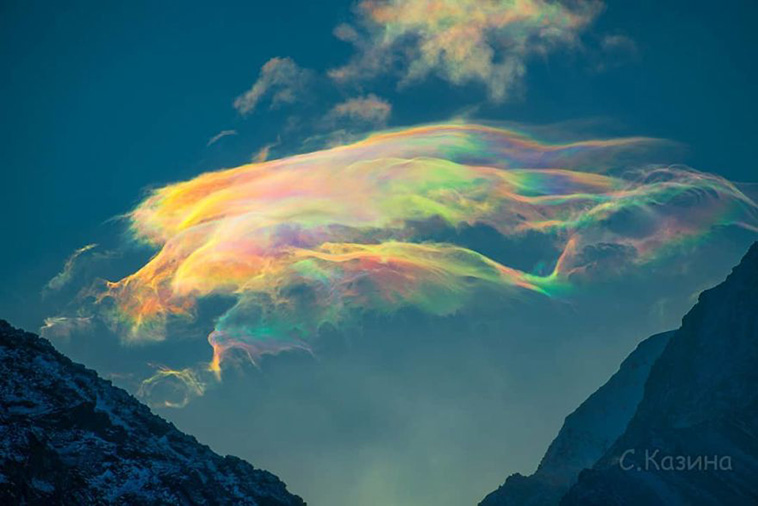 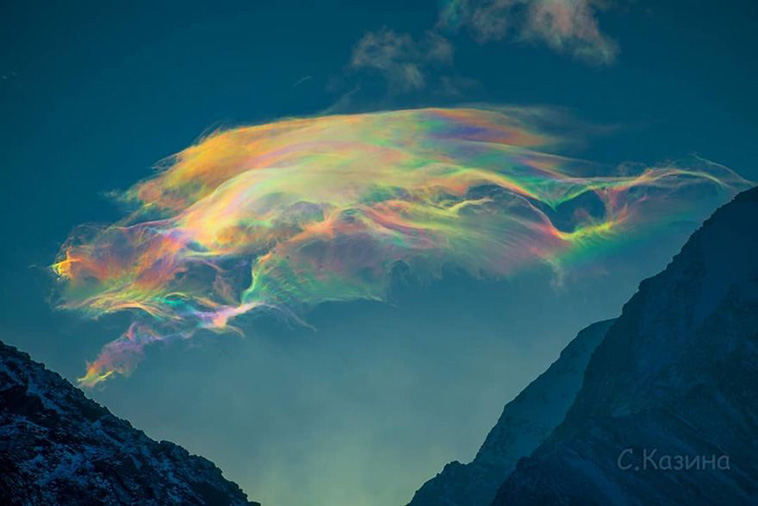 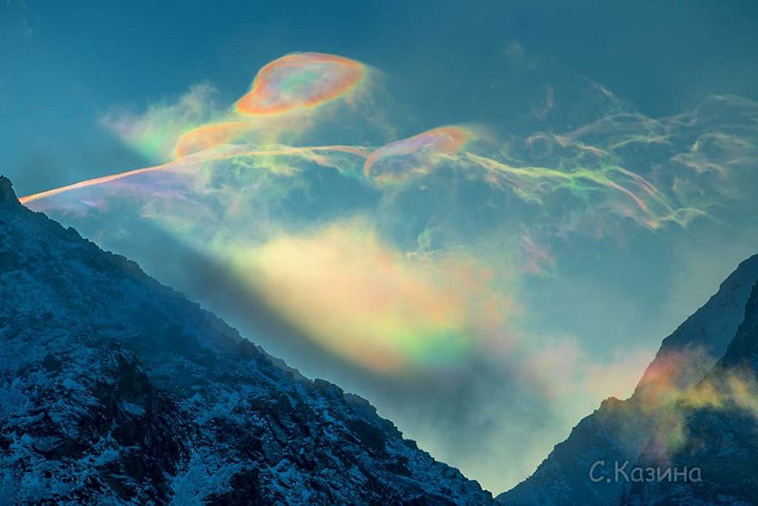 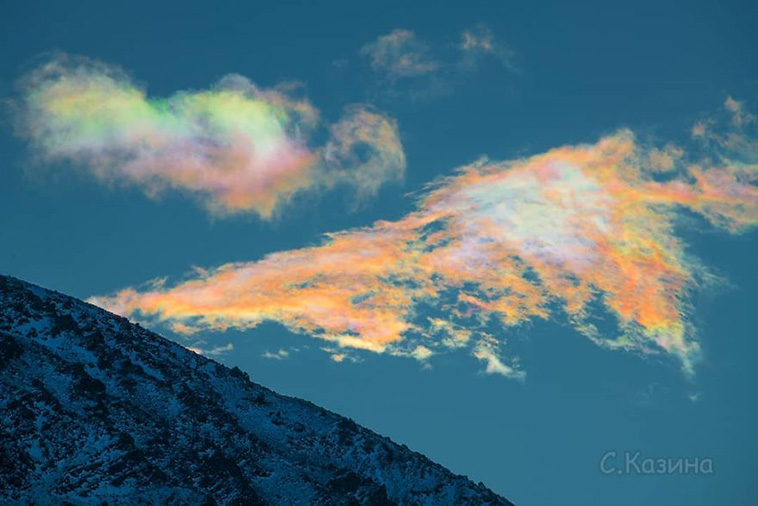