Death by minion. Drivers in Ireland were shocked with their commute was interrupted by a giant inflatable minion that was floating around on the loose after it escaped from its moorings and took a roll down the street. Imagine, driving to work with no care in the world, only to see a giant smiling minion rolling down the street, heading straight for you car?! It would scare majority of us, even if it was simply made of air. No one was hurt in this rampage, though one driver did lose a side mirror. The police stepped onto the scene shortly after the minion’s escape and safely deflated it so that no one else would have to lose any mirrors or face impending minion-related doom. The question on everyone’s mind, is “how did the minion escape?” Well, we all know from the movies that minions are tricky little buggers who do whatever they want to do. Who knows, perhaps he wanted to have a party with his friends, or go see a movie or something…minion on the loose!

“I’m not sure how it got loose but I just saw it… flying across the road,” said witness Erin 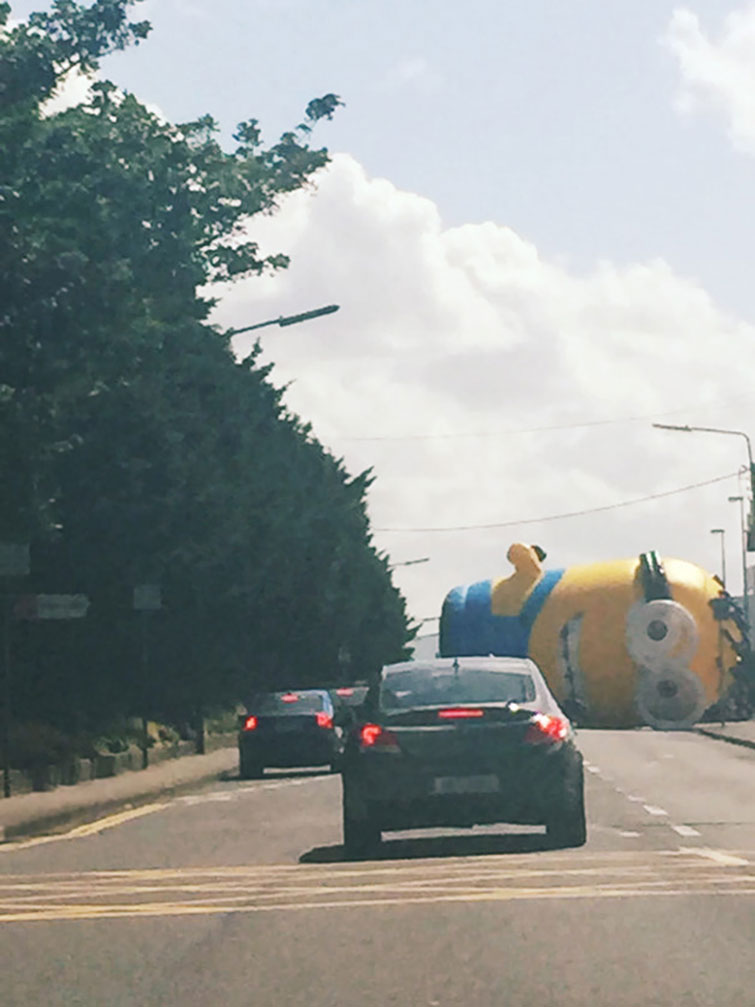 Before the accident, the 33-ft Minion was spotted being inflated behind bars 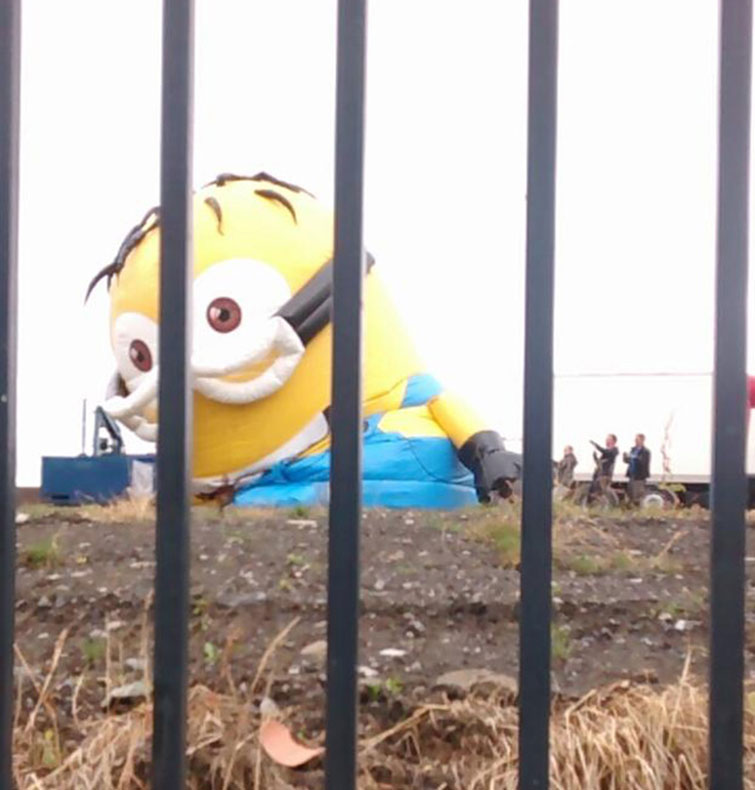 Unfortunately, the bars (and his moorings) couldn’t keep him caged… 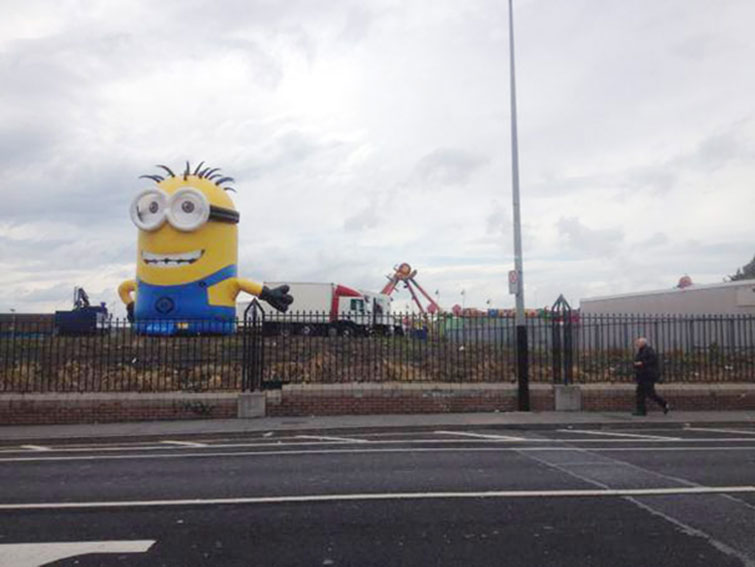 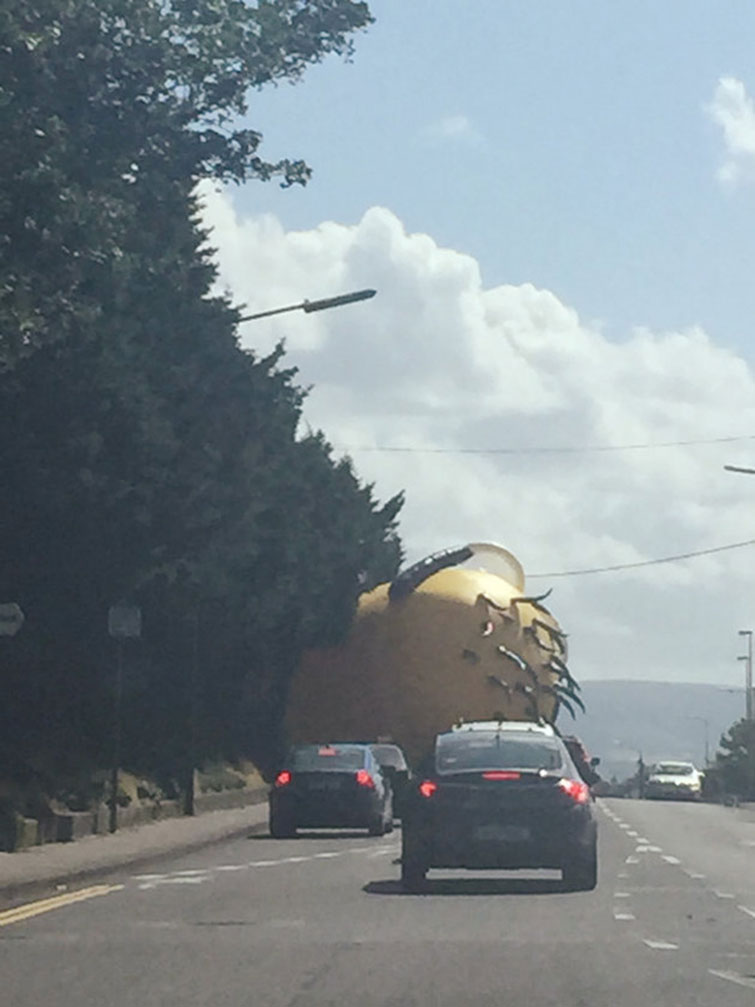 The road rampage caused no injuries, but one driver got his side mirror knocked off 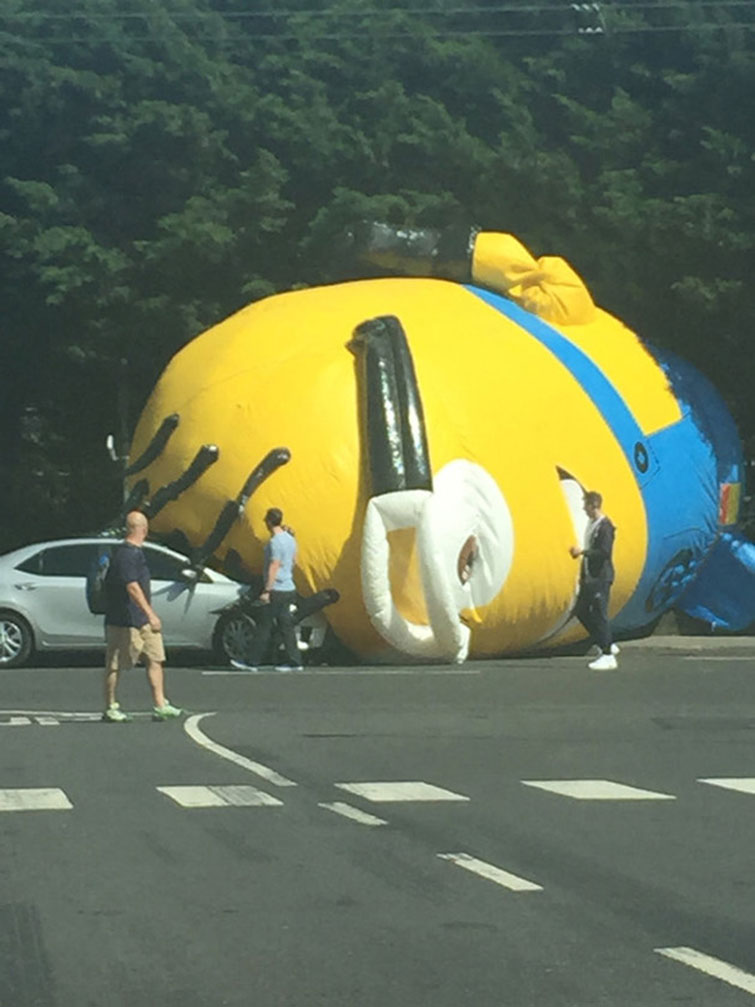 Luckily, the police were just in time to stop him from causing more trouble 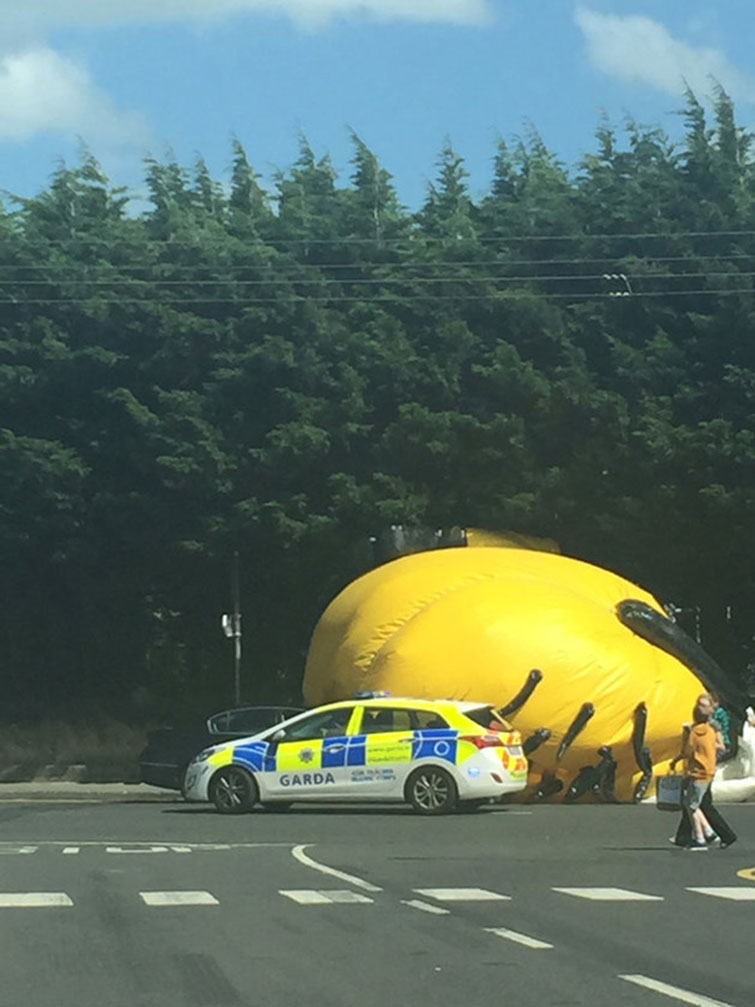 World domination will have to wait 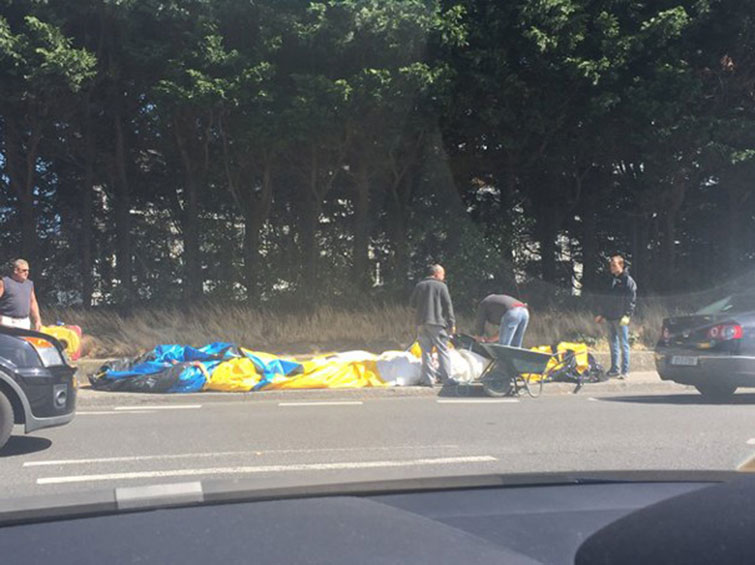