A French artist by the name of Frederic Duriez has color-enhanced numerous Native American portraits which are up to 120 years old. The color enhancement has certainly added life to these old photographs.

Peter Tall Mandan, Grandson of Long Mandan of the Sioux tribe in 1905. 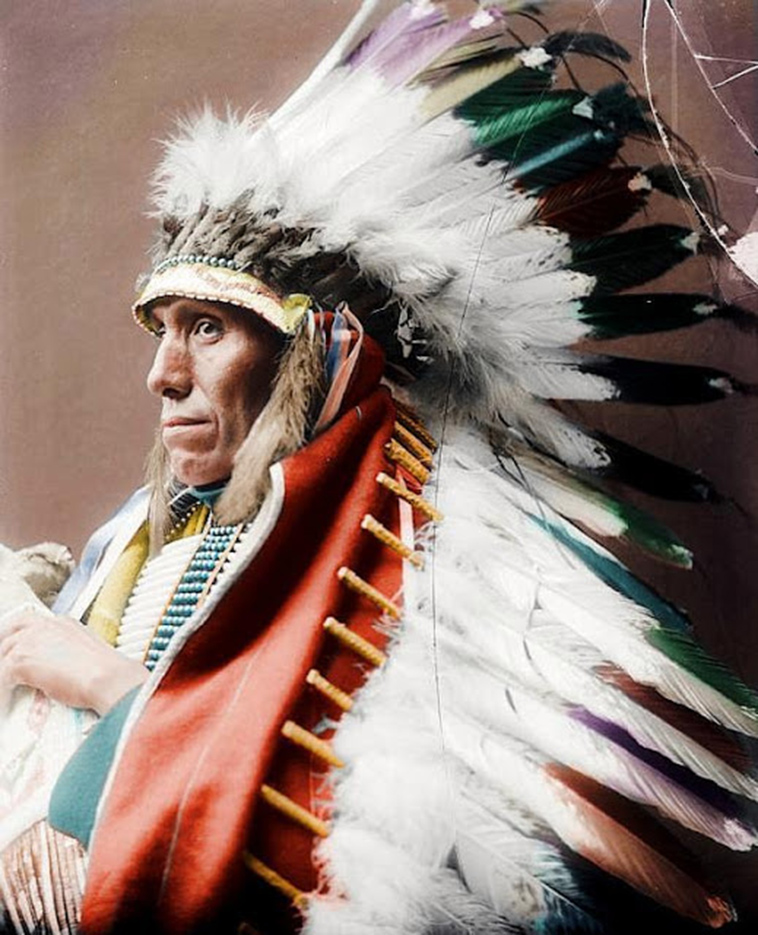 Porrum and Pedro, a pair of Ute men wear brightly colored dress in a picture from 1899. 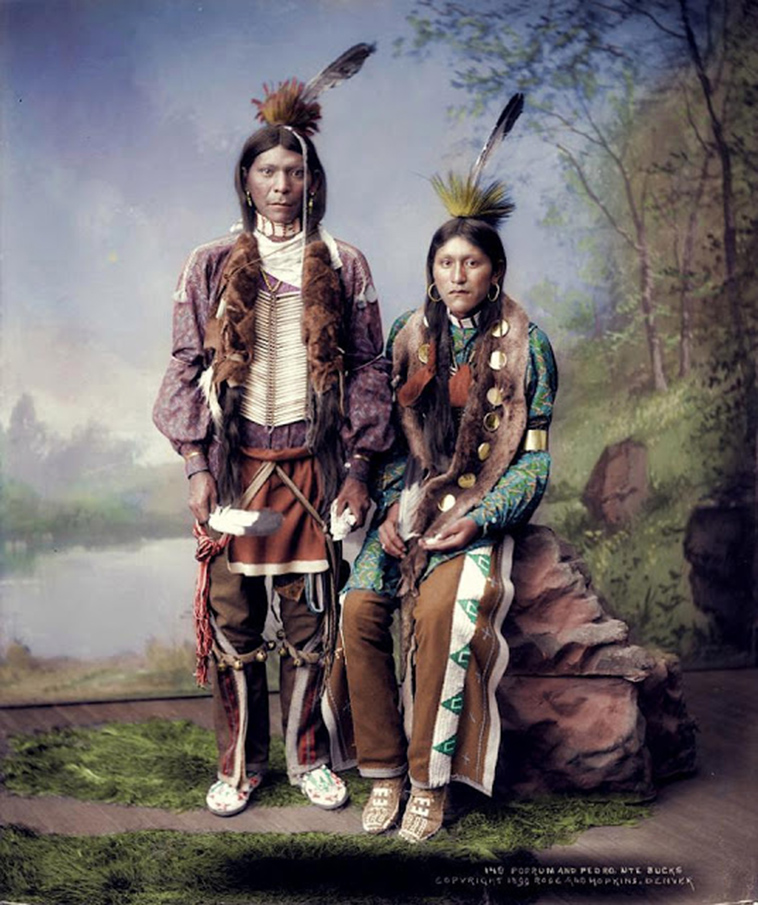 Rose Bompard Bird, of the Crow tribe, looks directly at the painter in a early 1900s red and green ankle-length dress. 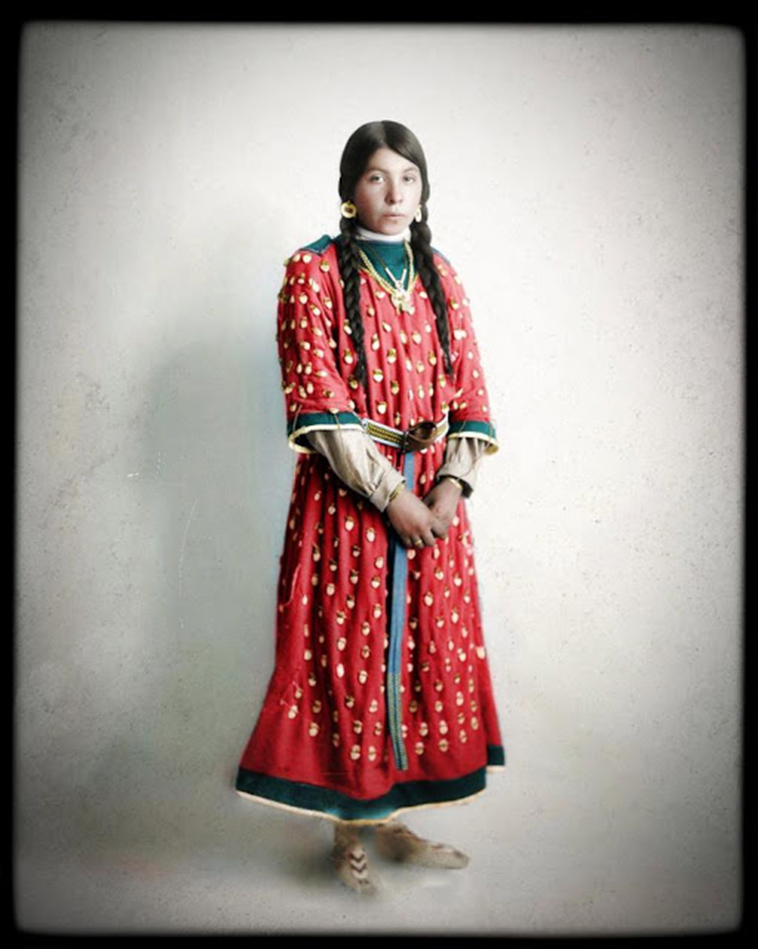 Salish of Flathead Indian Reservation poses with a weapon in Western Montana in 1907. 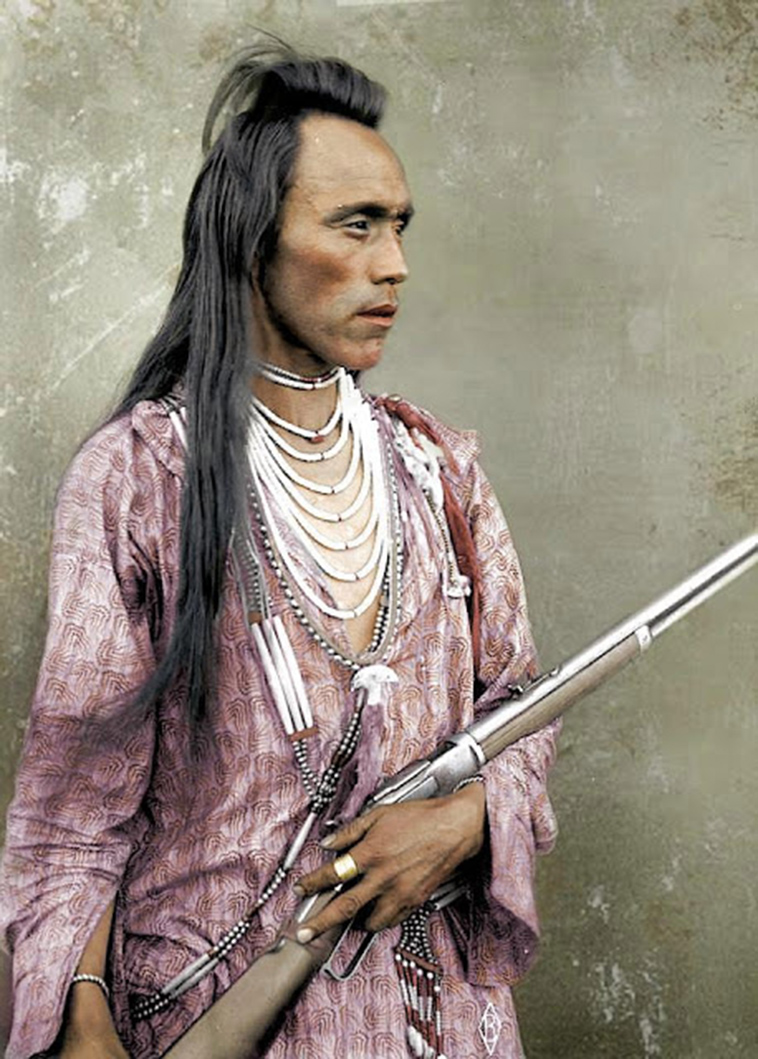 A Native American from the Blackfeet tribe, that lived in Idaho and Montana. 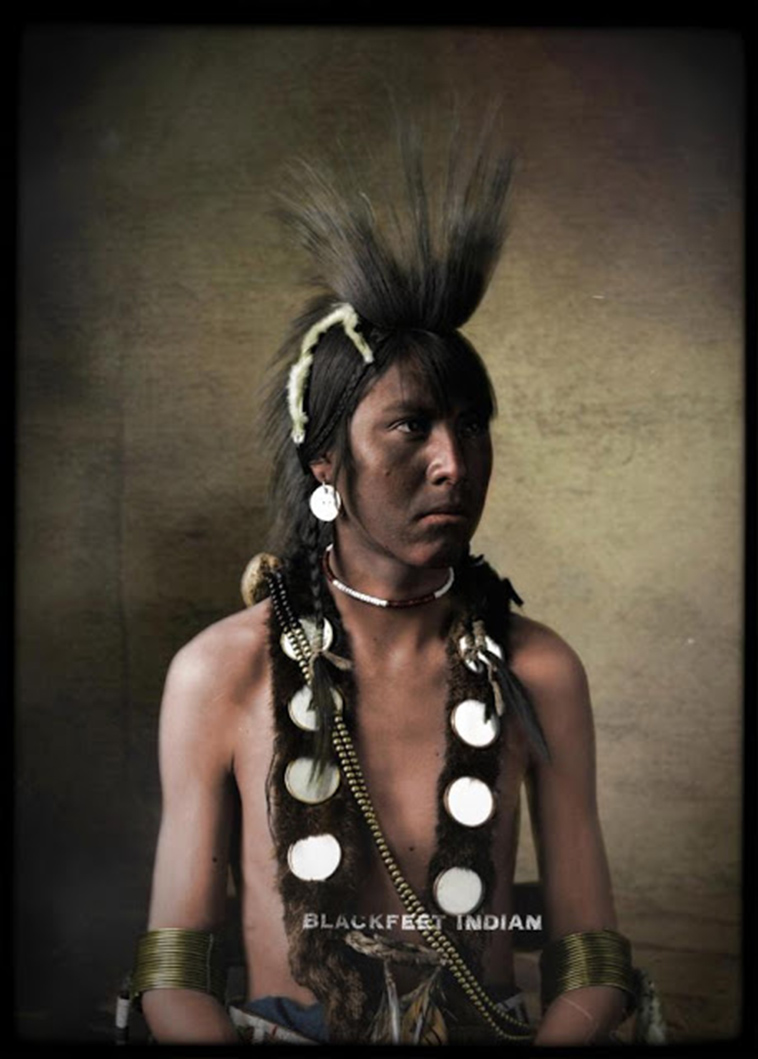 Wiwi-Yokpa, or Mary Elmanico, a member of the Passamaquoddy tribe, sits draped in a pale pink flowery shawl, in 1913. 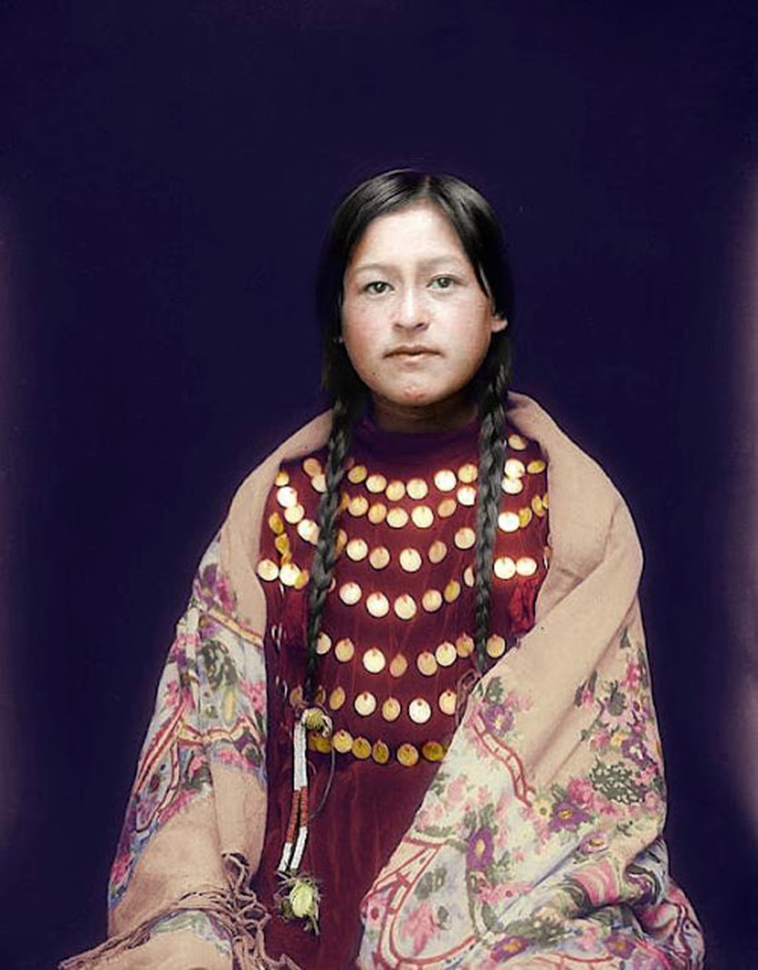 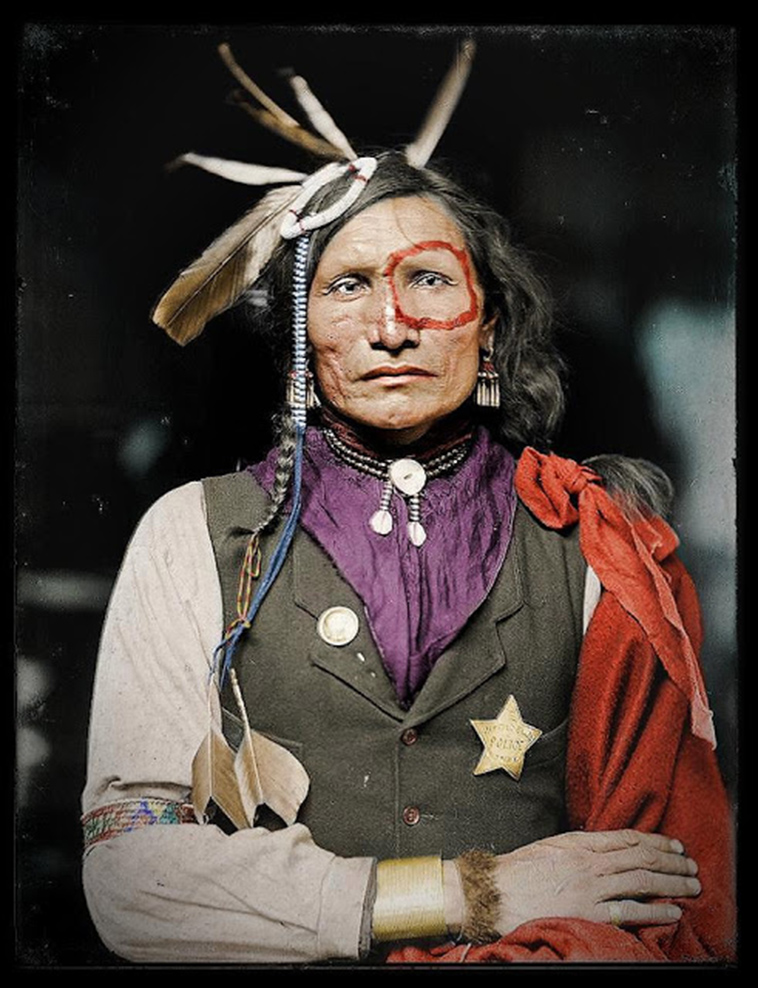 Thunder Cloud of the Blackfeet tribe. 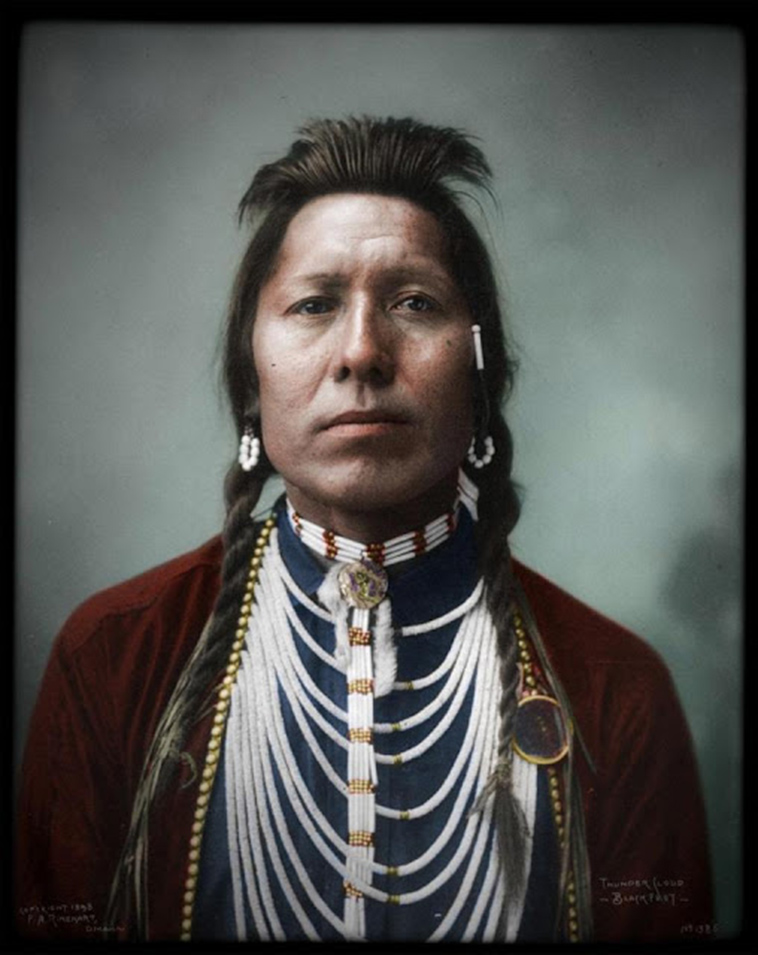 Sitting Eagle, of the Crow tribe, sports a feather neck brace and a fiery orange headdress in the 1900s. 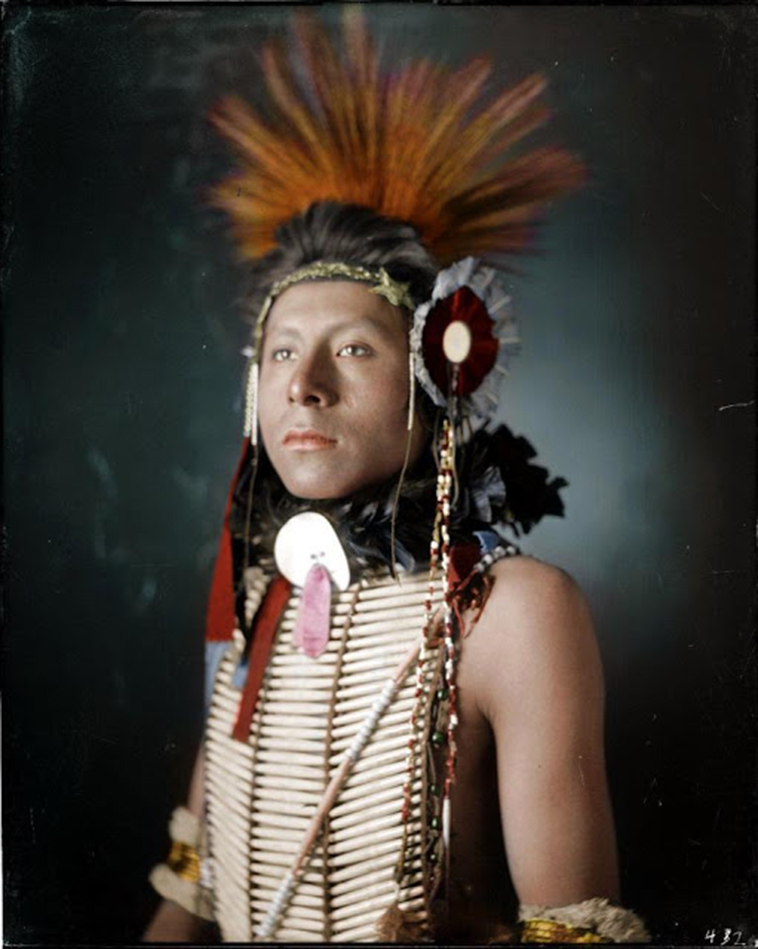 Ke-Wa-Ko, otherwise known as Good Fox from the Pawnee tribe snapped in 1902. 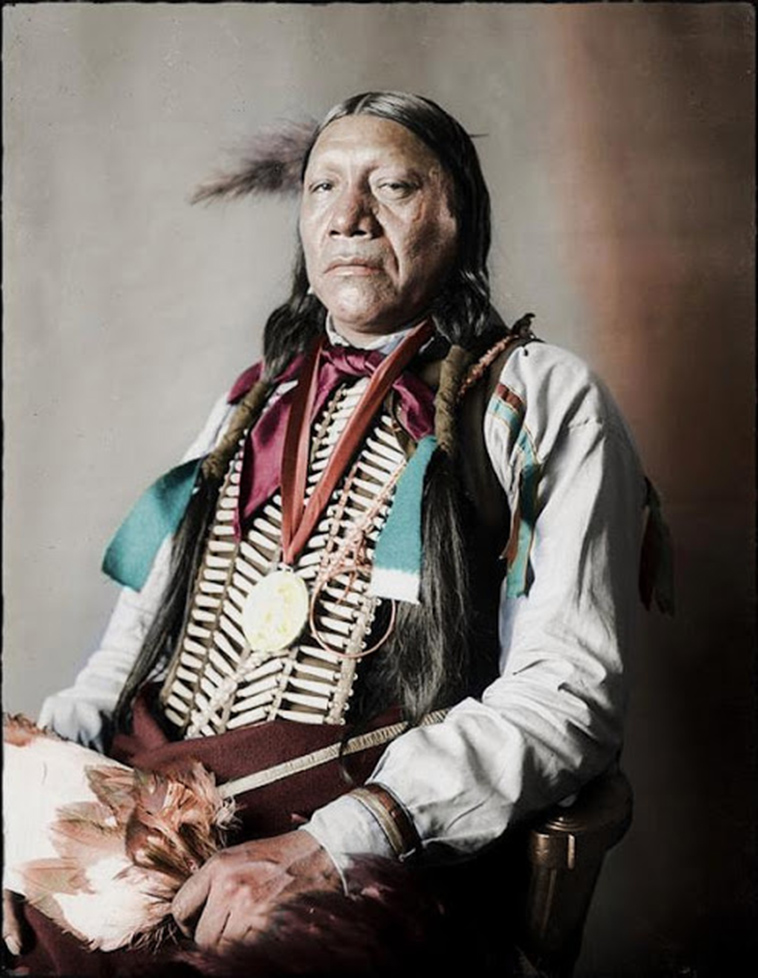 Wearing a highly detailed white jacket, Plain Owl from the Crow tribe poses for the camera in 1910. 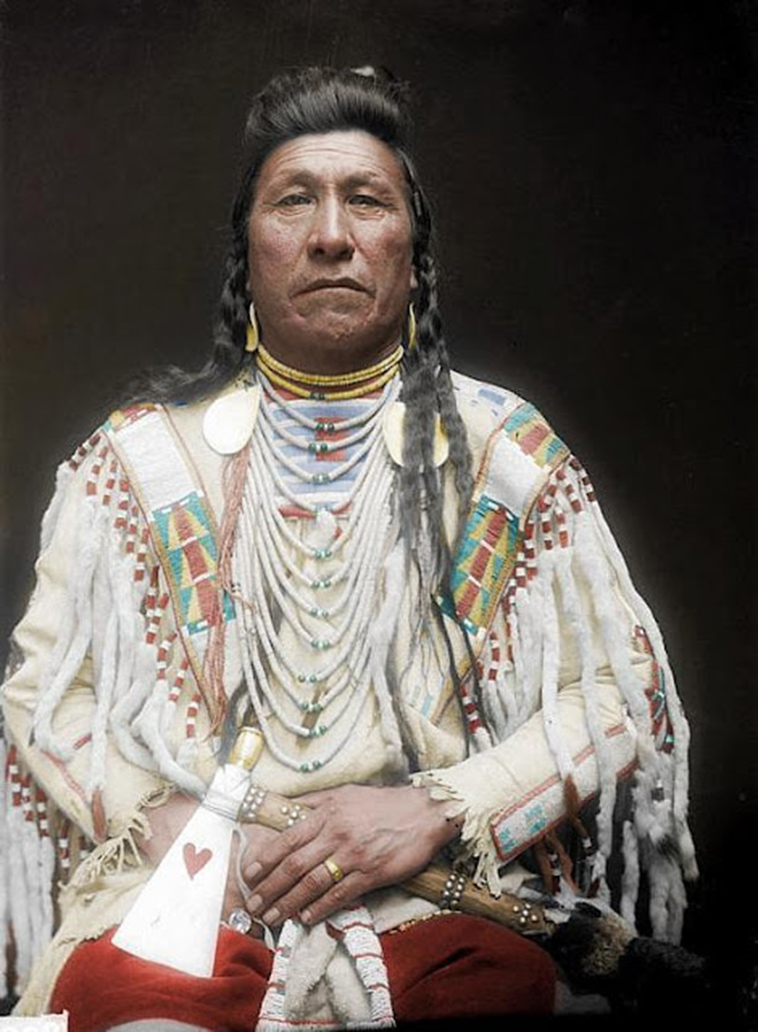 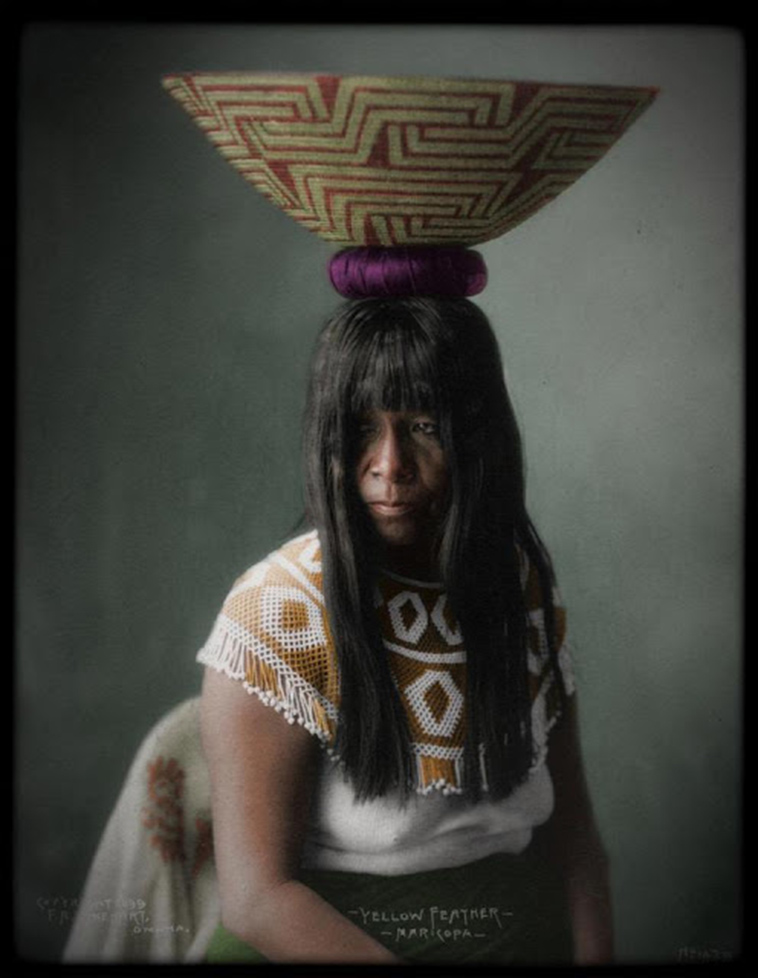