Sometimes people don’t think about other people’s living conditions. For example, people who have high salaries sometimes might not be interested in the living conditions of people who have low salaries. In this issue, a person hears his colleagues’ conversation about renting a house or buying. Hearing some rude thoughts of his colleagues makes him angry and he tries to tell not everything is as they thought. Here is the whole story with some comments by people. 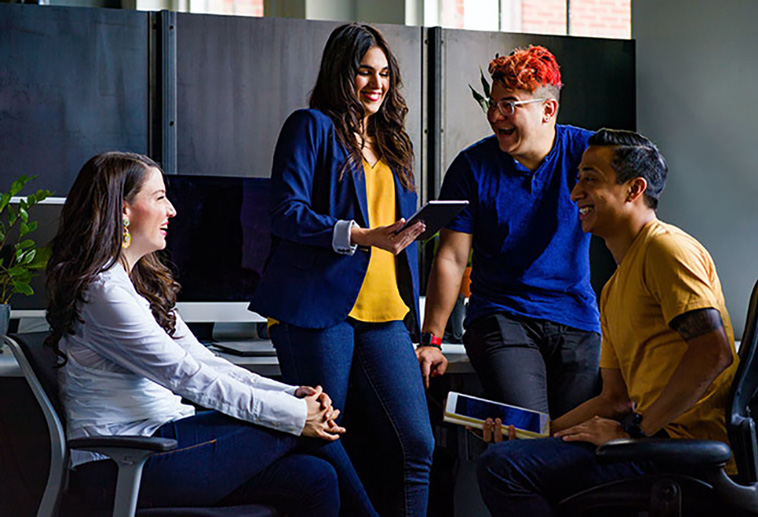 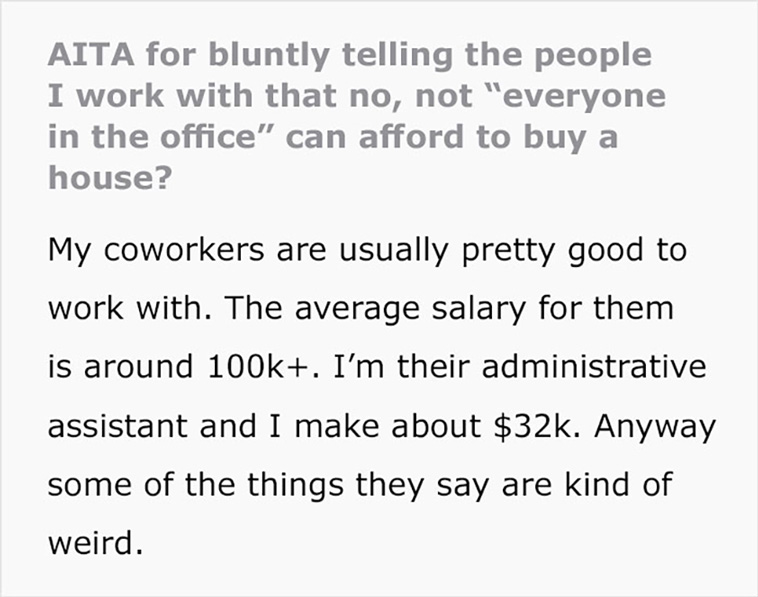 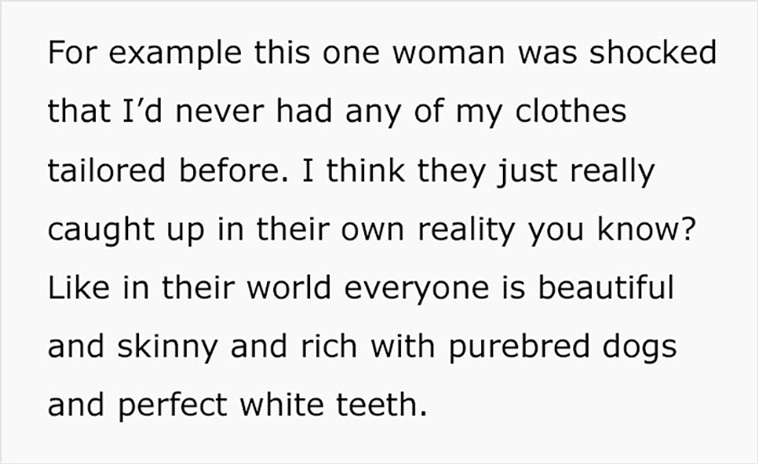 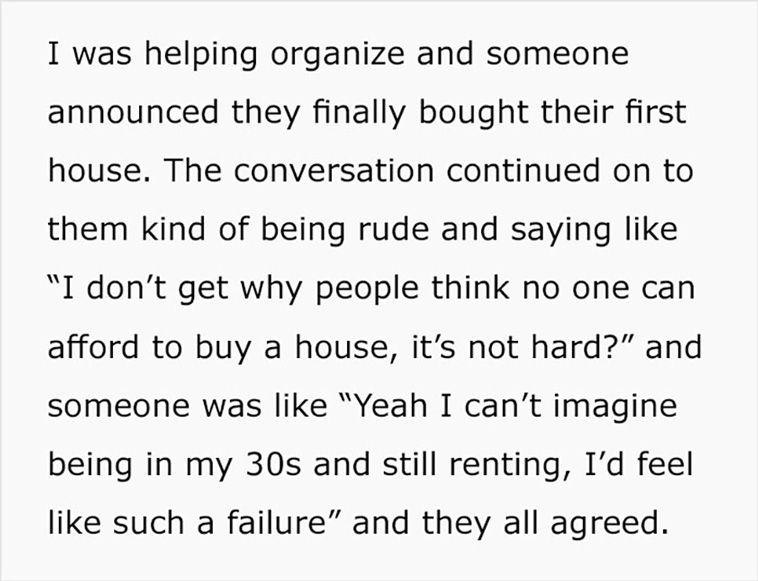 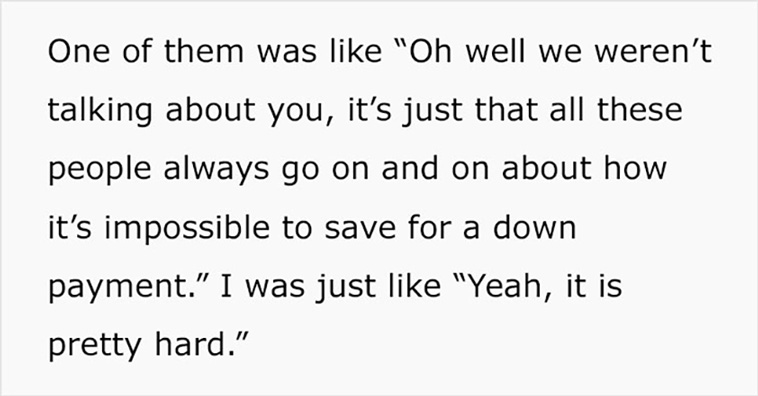 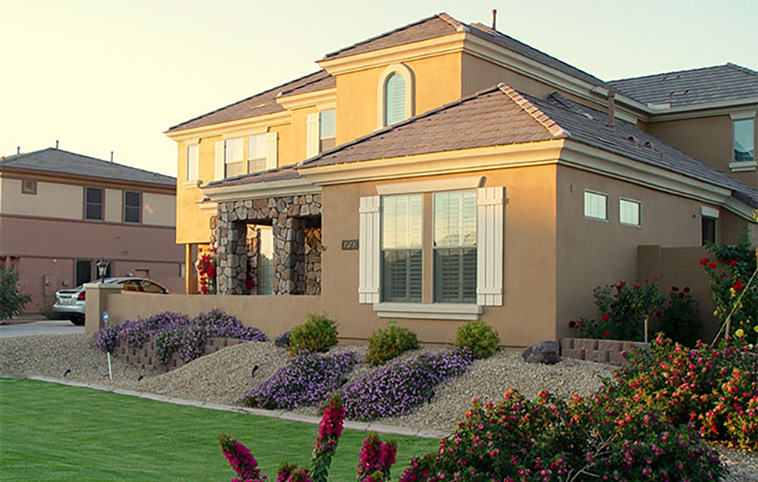 After the redditor shared their opinion, there was a lot of awkwardness in the office 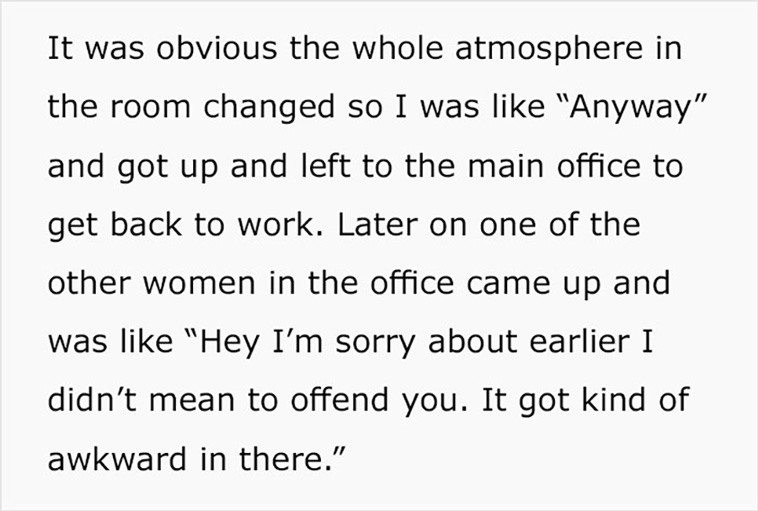 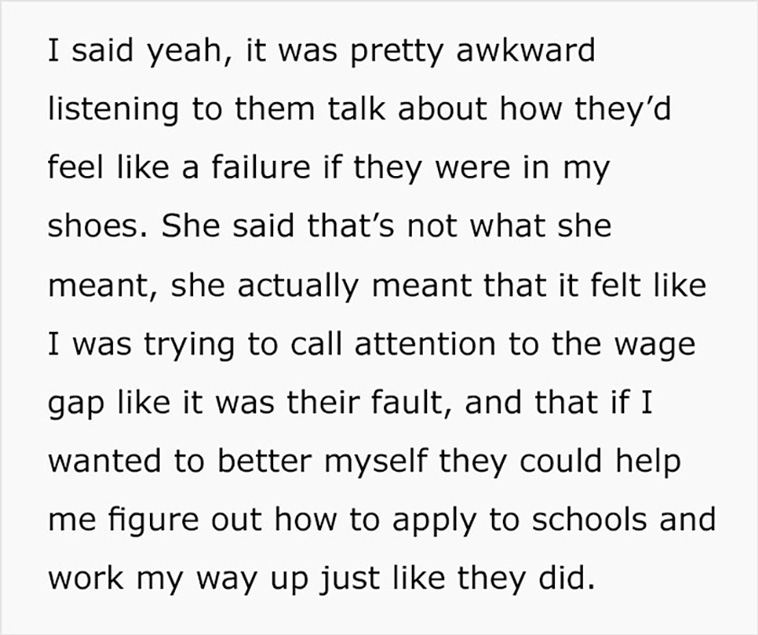 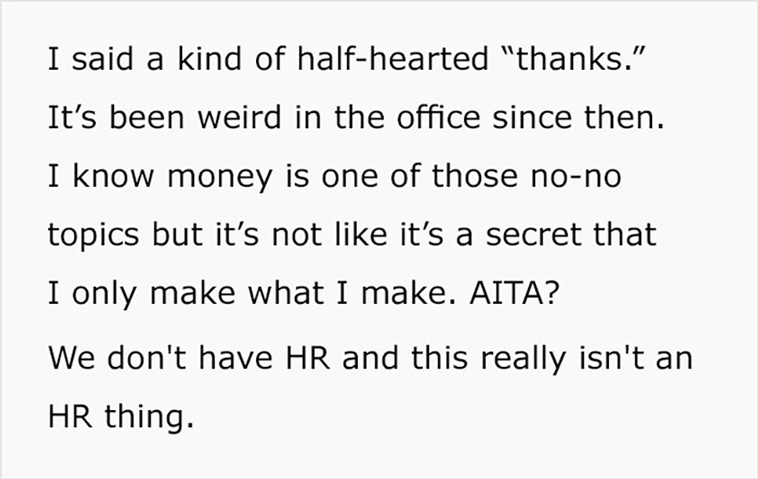