The pictures of Heath and Rose Byrne were taken shortly after the actor had completed work in Two Hands. 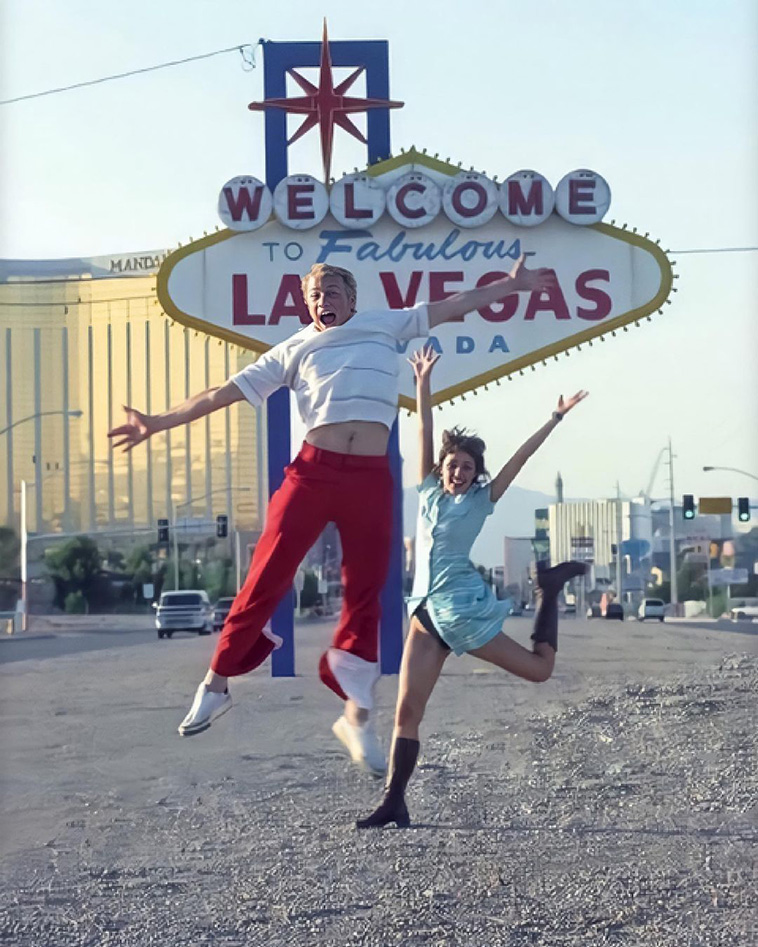 Photographer Rupert Thorpe snapped the pair during a trip to Las Vegas back in 1999. 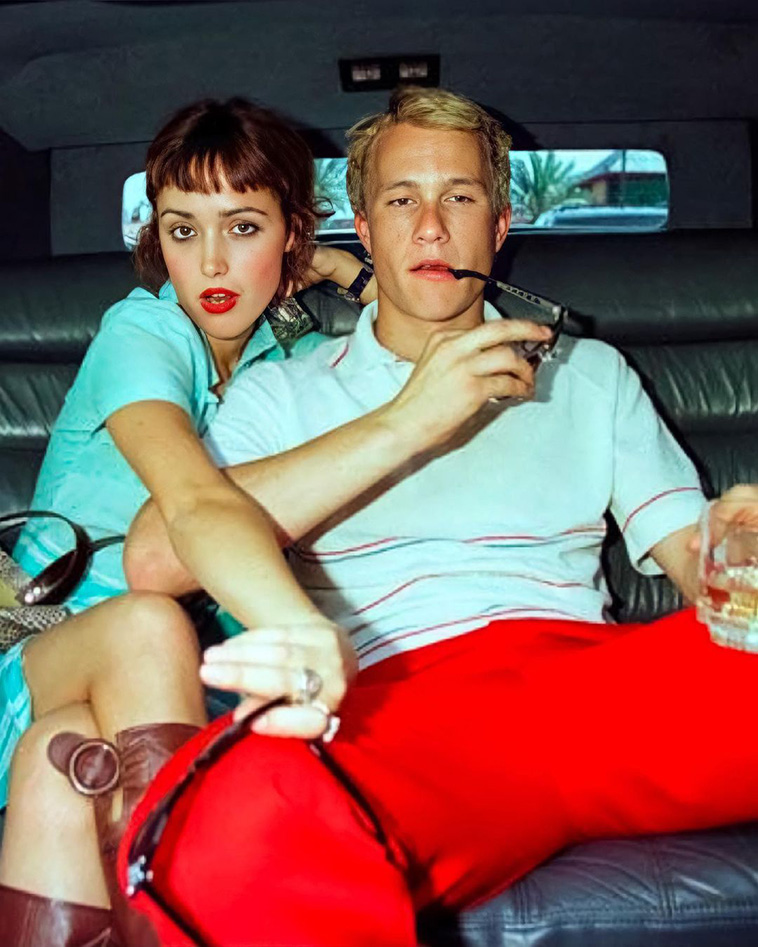 Rupert Thorpe, the Los Angeles-based celebrity photographer who took the pictures, said Ledger was ecstatic about his burgeoning career in Hollywood.

“I had never heard of him but he was full of energy and you could see he was destined for great things,” Thorpe told The Sunday Mail. 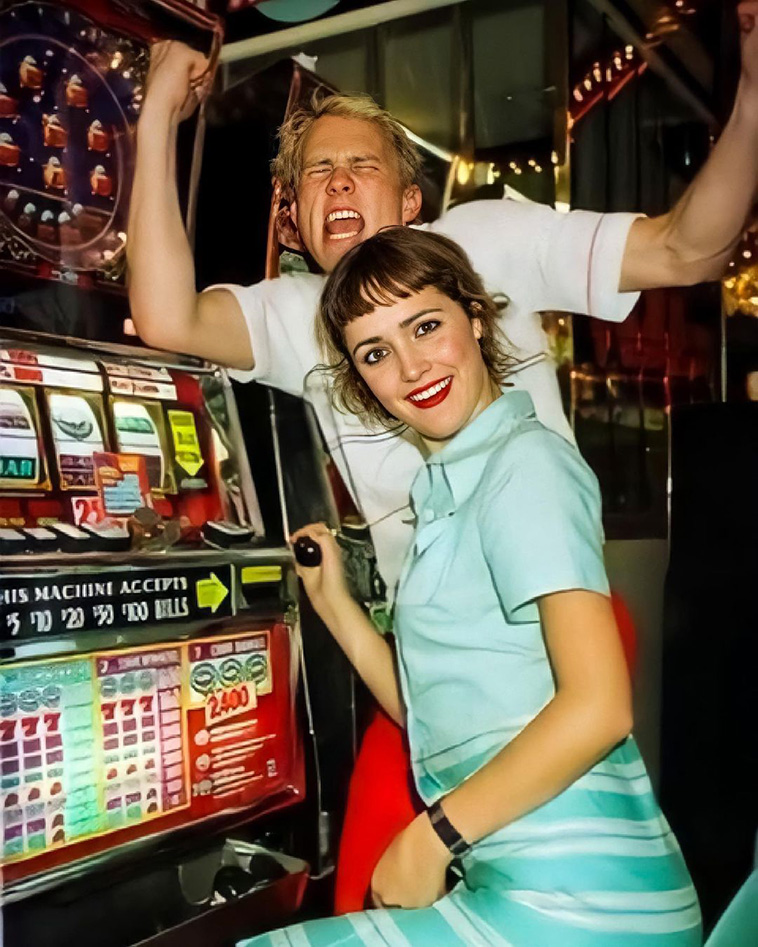 “He was a little boy from Australia (who had) come over to big America. He was loving life and he didn’t seem to have a care in the world.

“He was happy and carefree.” 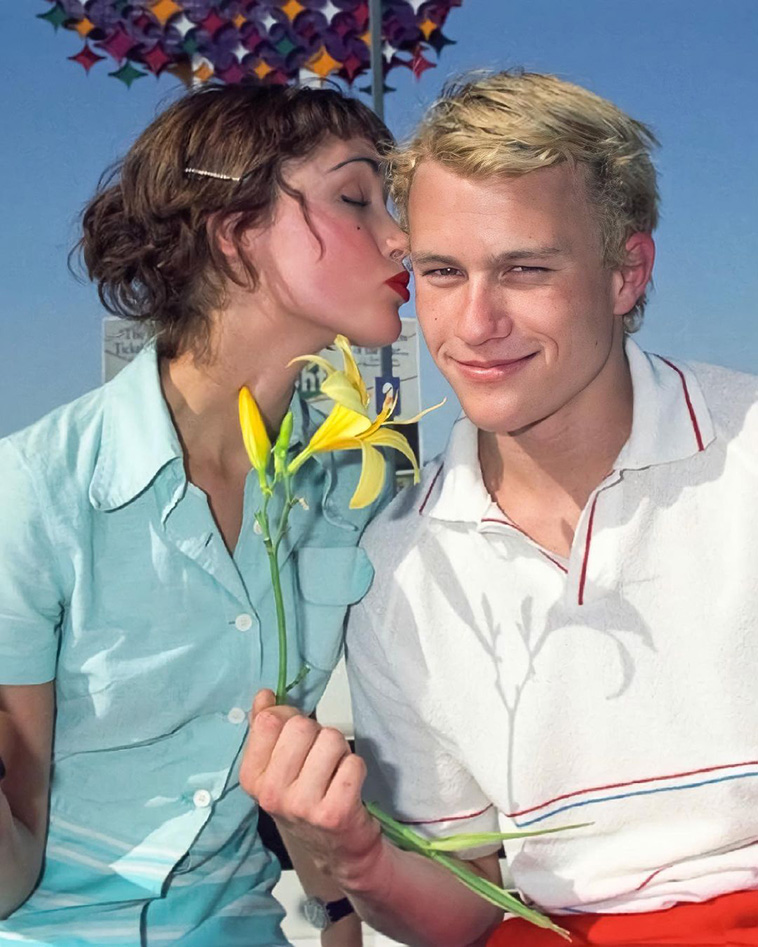 Thorpe – who spent a day shooting Ledger and fellow Aussie Rose Byrne in Vegas – said the actor was excited about the perks of the shoot.

“We were driving around the Vegas strip in a stretch limo, drinking champagne and taking pictures. Heath got a kick out of that,” Thorpe said.

“We went through about four or five bottles of champagne in the limo and then we poured ourselves out of the limo for the pics. 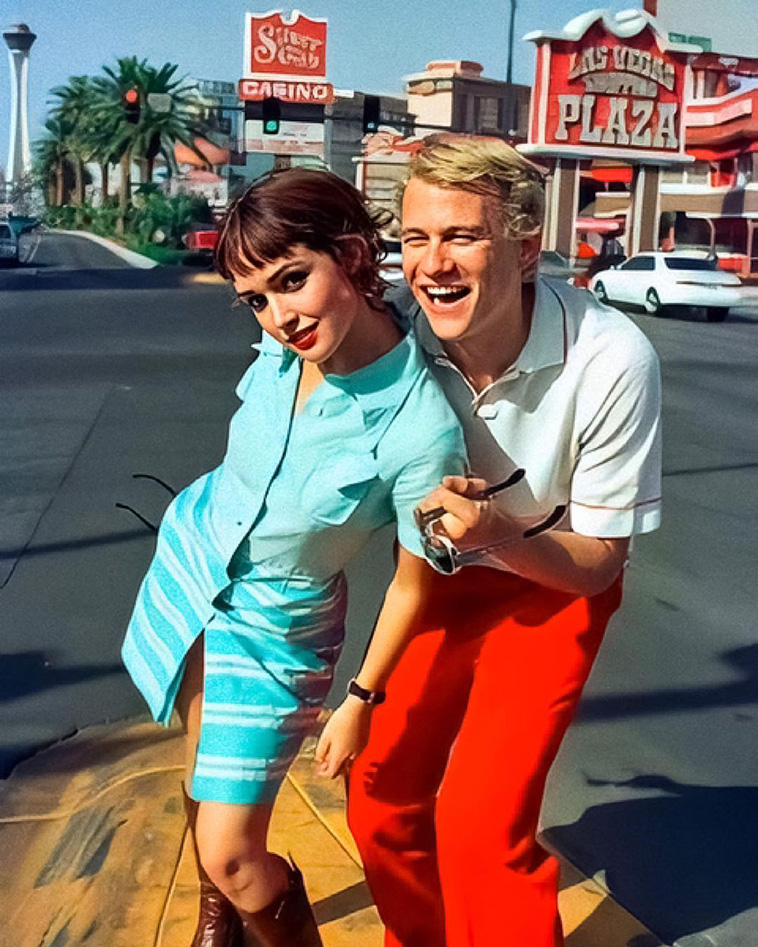 “Heath and Rose asked me to stay (in Vegas) and hang out because we were having so much fun, but I ended up flying back to Los Angeles that night while they stayed on for a couple more days.”

Byrne’s – whose own career was launched after starring alongside Ledger in Two Hands, which premiered two months after the photos were taken – said she remembered her longtime friend as fun-loving and excitable.

“He was a very lovely, spontaneous, distinctive actor,” she said. “I was very blessed to have worked with him.” 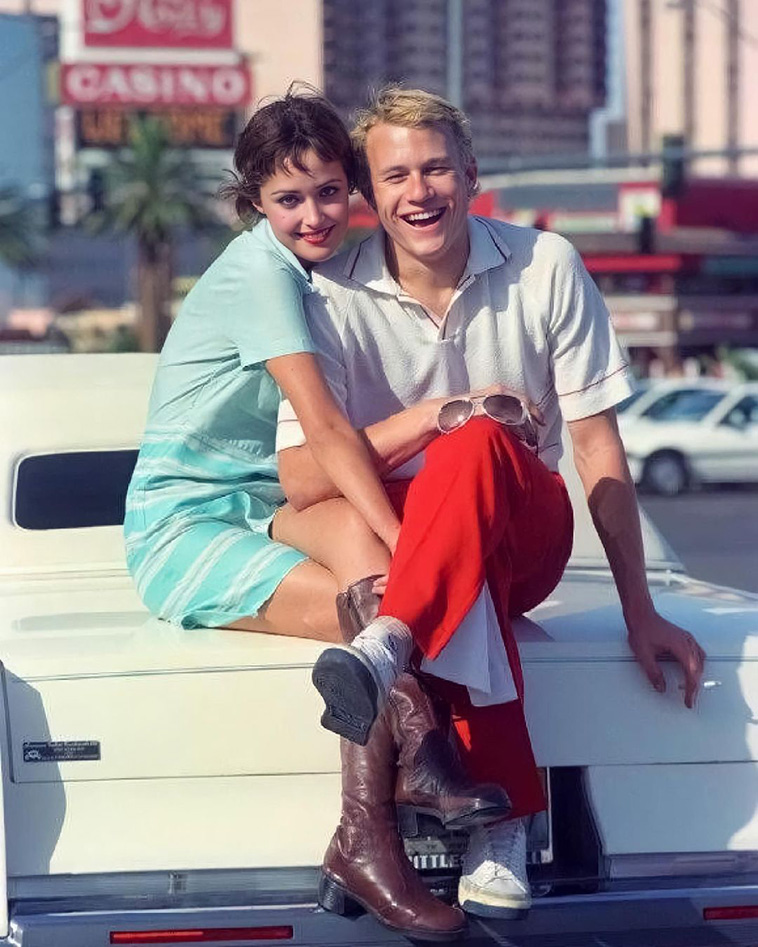 For the Vegas shoot, Ledger and Byrne were not accompanied by publicists, managers or minders. They had gone shopping together and bought their outfits from a second-hand clothes store in Los Angeles.

“I remember Heath had chosen a toweling top, red trousers and some Elvis-style glasses,” Thorpe said.

“He was young and untarnished and full of beans back then.” 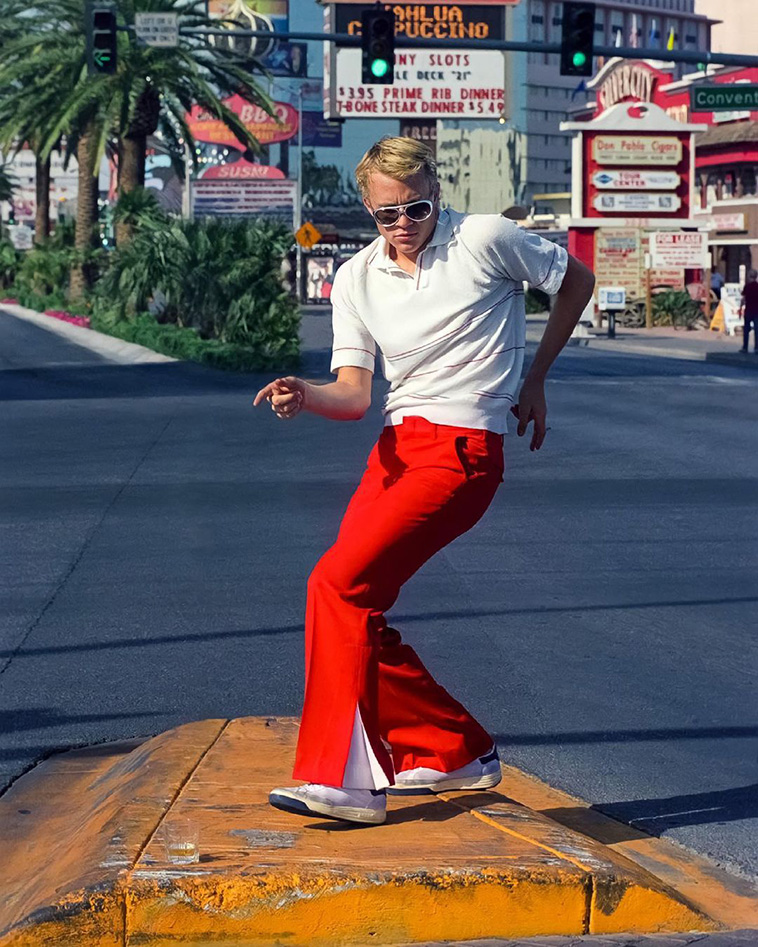 The relaxed experience was a world away from the micro-managed publicity moments of Ledger’s later career when the actor seemed uneasy and awkward, often appearing hunched over and surly during interviews.

During his early film career when his hair was a sunny blond, Ledger’s wide smile, lively eyes and playful nature were trademarks of his photoshoots.

But as his fame sky-rocketed during his early 20s, the actor – often sporting stringy dark locks – was usually pictured looking sullen and often hauntingly sad. 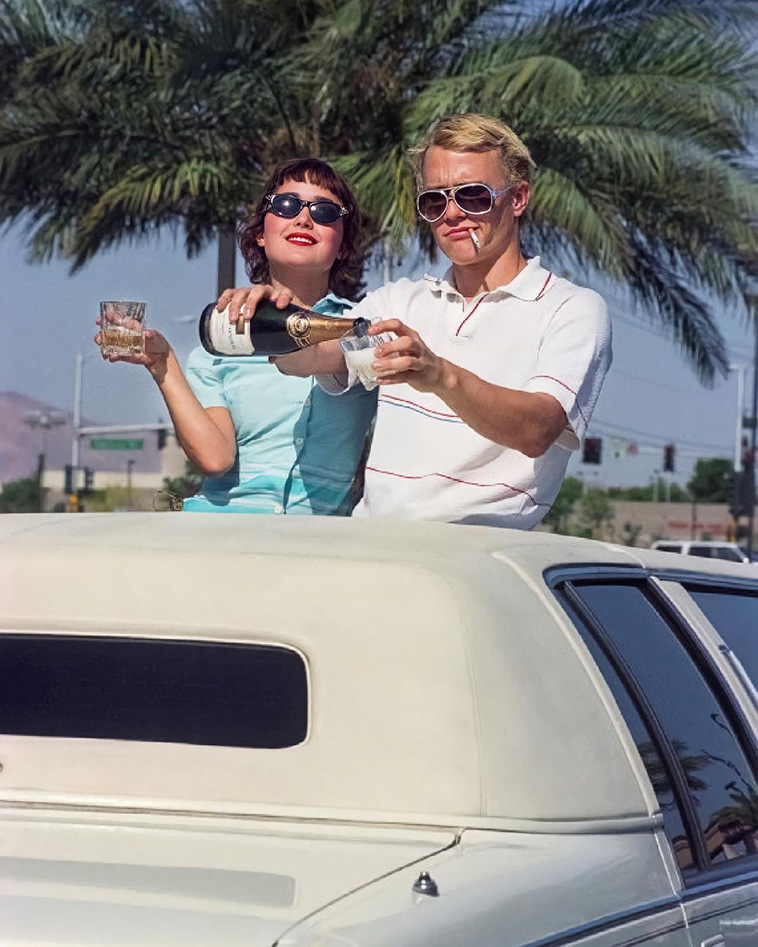 Thorpe said he was shocked by the change in Ledger when he bumped into him years later in Beverly Hills, shopping with then-girlfriend Naomi Watts, who he met on the set of Australian drama Ned Kelly.

“He seemed like a completely different person,” he said.

“He was older and obviously more guarded because he had success and had people running after him because he was now famous.” 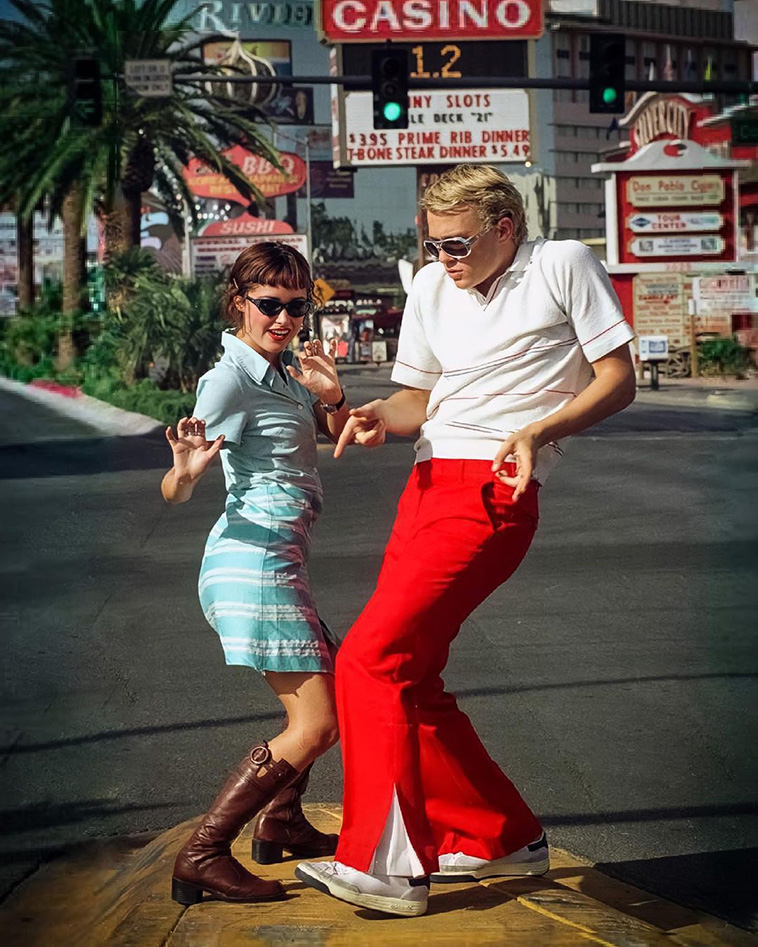 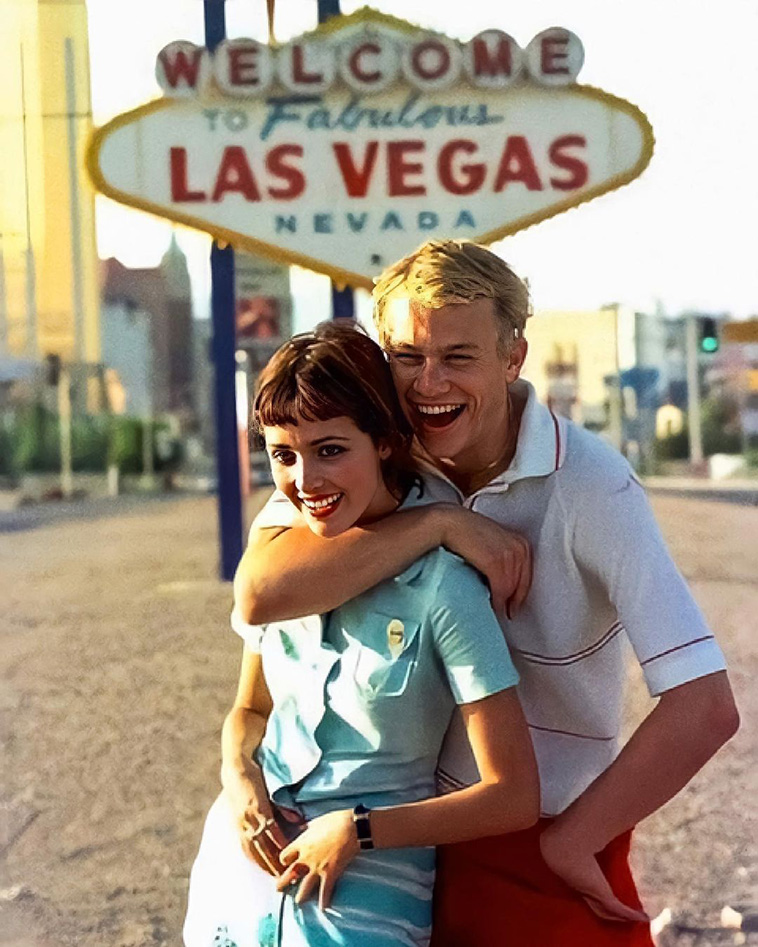