In perhaps what is one of the most astonishing spectacle in the world, Hendy MP, an Indonesian photographer who is interested in wildlife photography, captured a tree frog going on a wild rodeo ride behind a giant horned wood-boring beetle. The captured frog is a threatened species, known as the Reinwardt’s Flying Frog. It is capable of gliding down from trees by taking support of the skin present between its fingers and toes.

The photographs shown were captured near the residence of Hendy in Sambas, Indonesia. He is a macro photographer and is interested in capturing macro shots of different kinds of insects, reptiles and amphibians that are basically from Indonesia. 500px | Facebook | Twitter (h/t: dailymail) 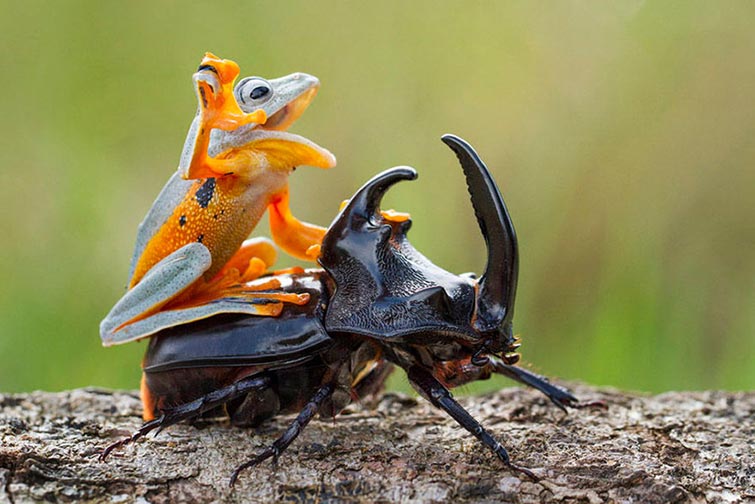 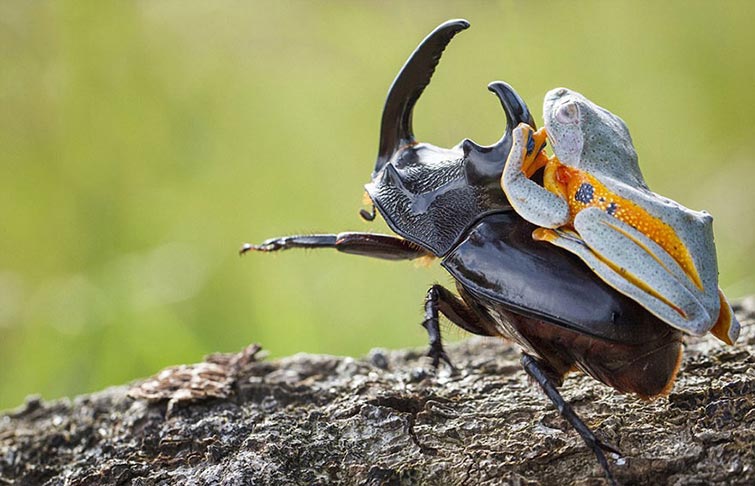 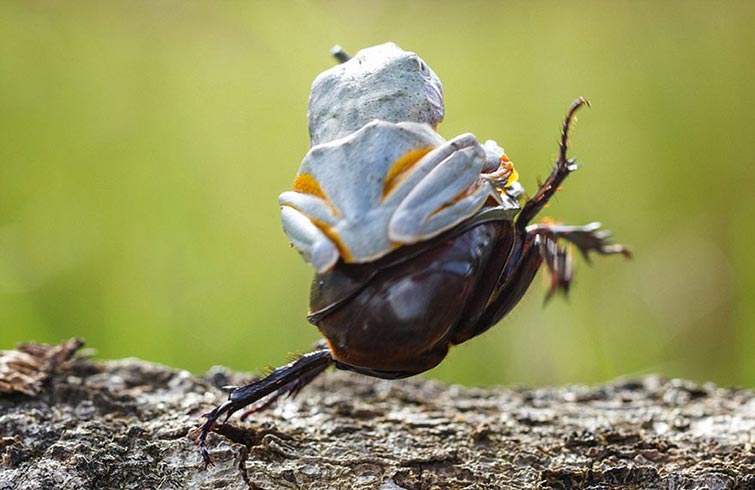 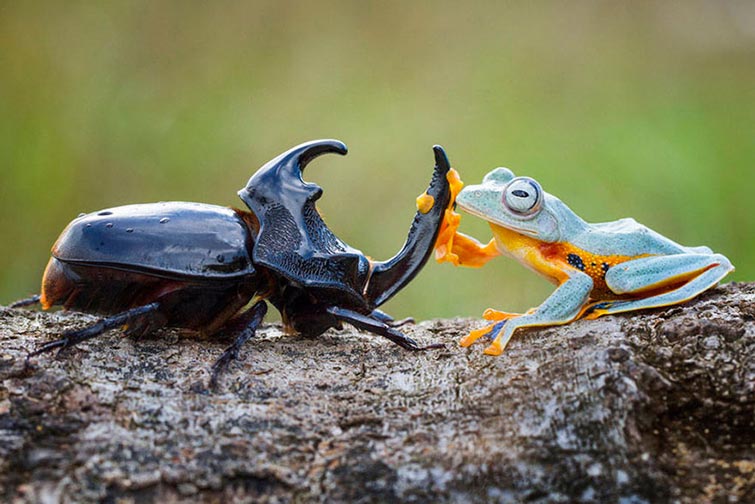 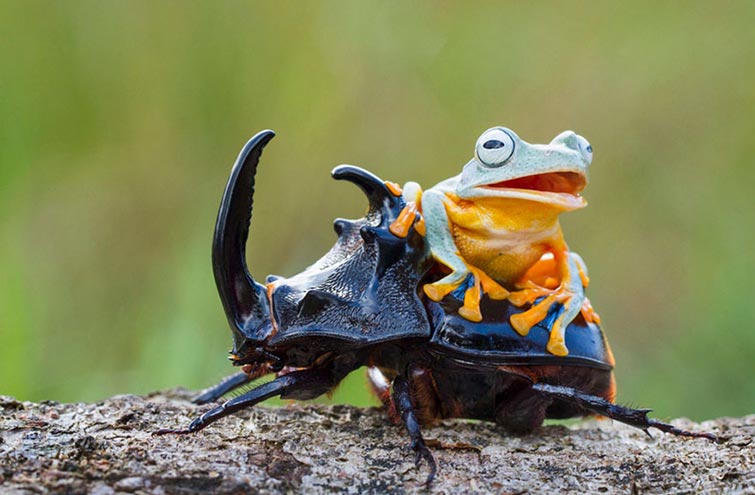 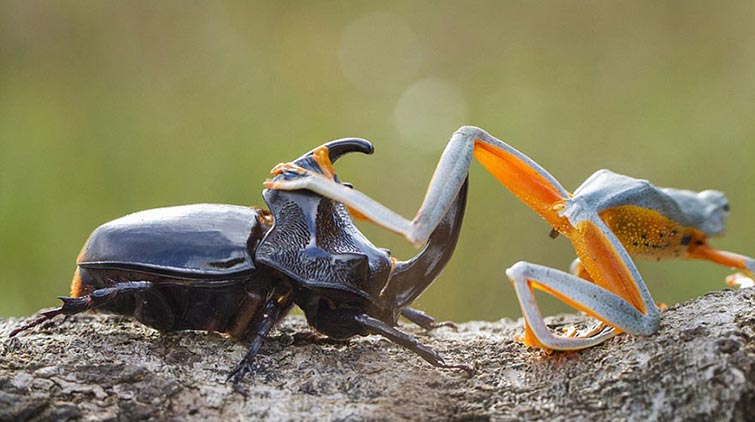 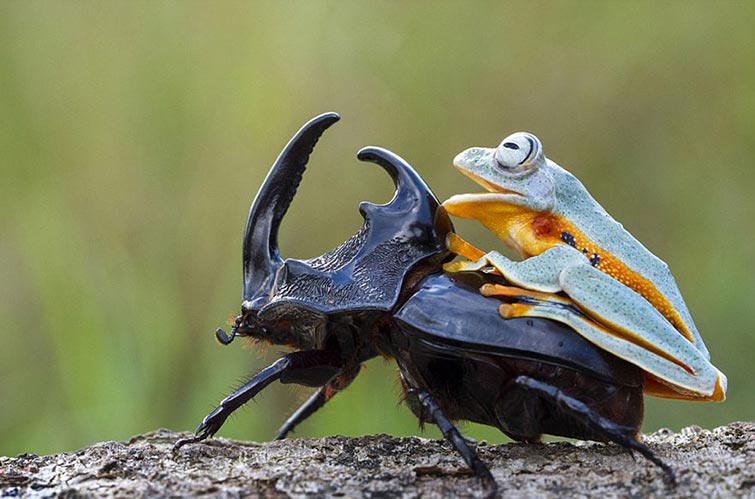 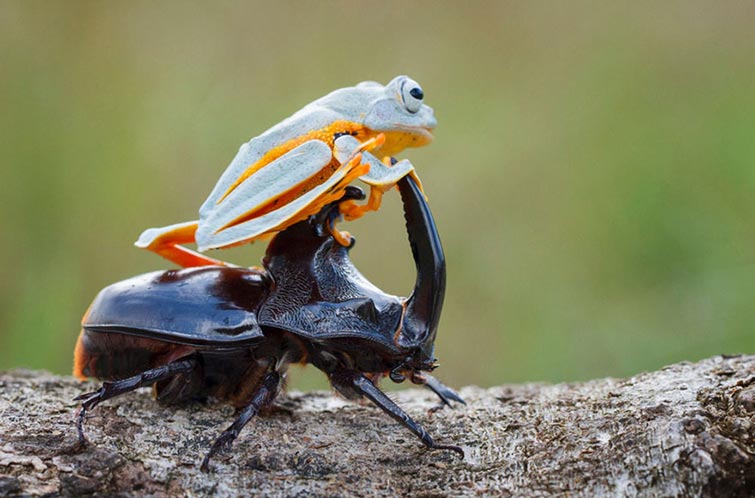 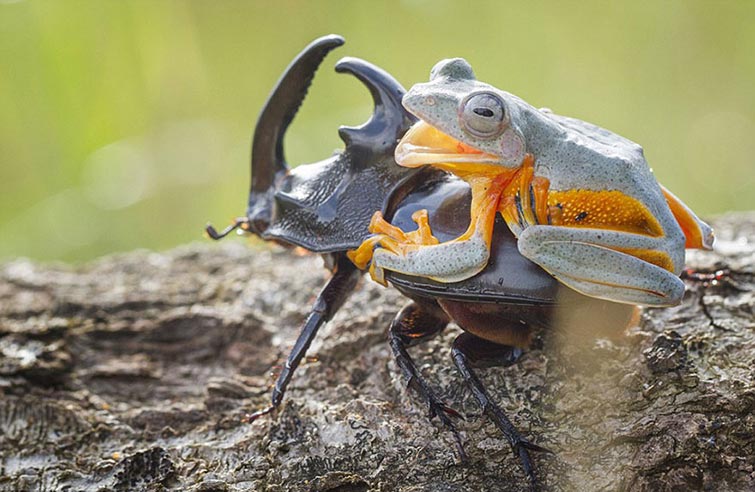