Filip Hodas, a 3D artist based in Prague, created some of his favorite cartoons with a series of fossils that provide an unconventional look at the skeletons of animated characters. Named his series Cartoon Fossils, he has crafted 3D renderings that feature the skulls of Goofy, Scrooge McDuck, Spongebob Squarepants, Minnie Mouse, and more. 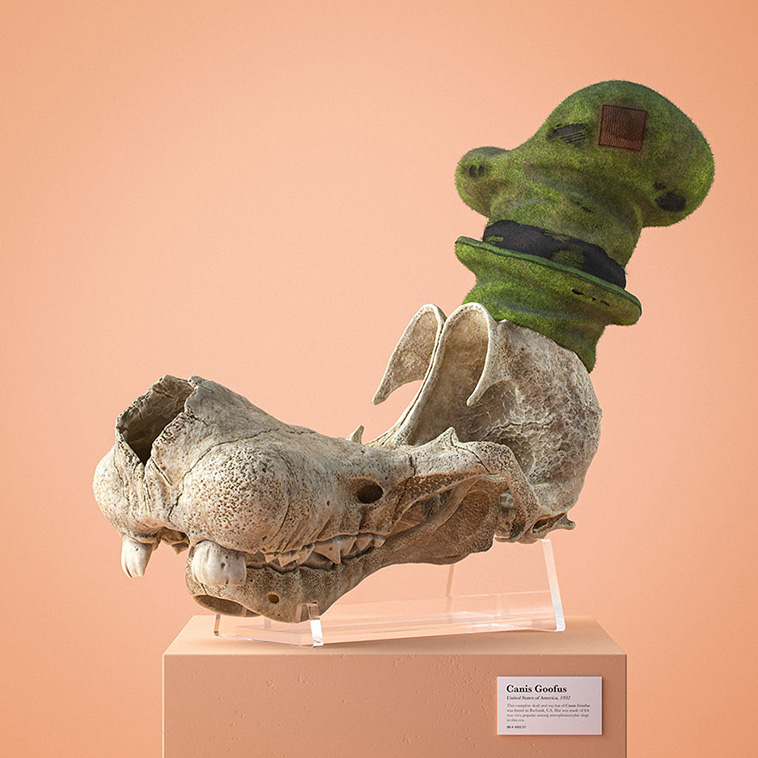 “I wanted to make them stylized as dinosaur fossils set up in a museum environment,” he says, “but later decided against it, as the skulls didn’t look very recognizable on their own—especially with parts broken or missing.” 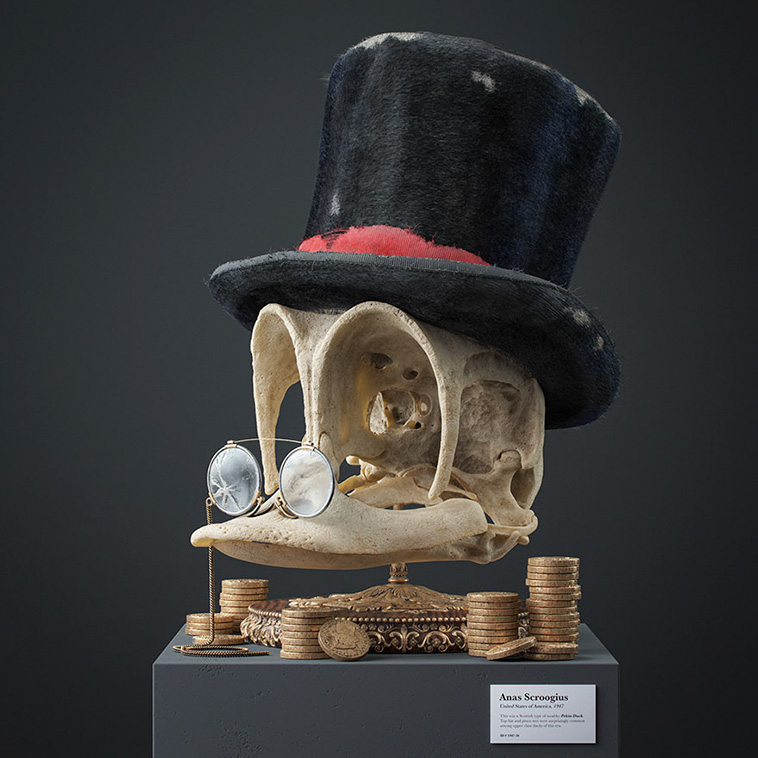 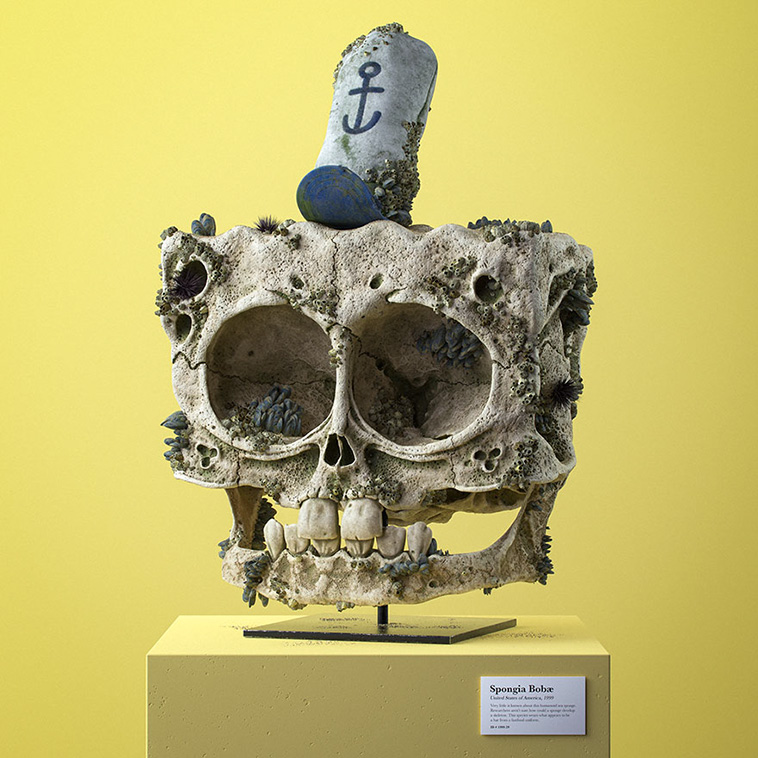 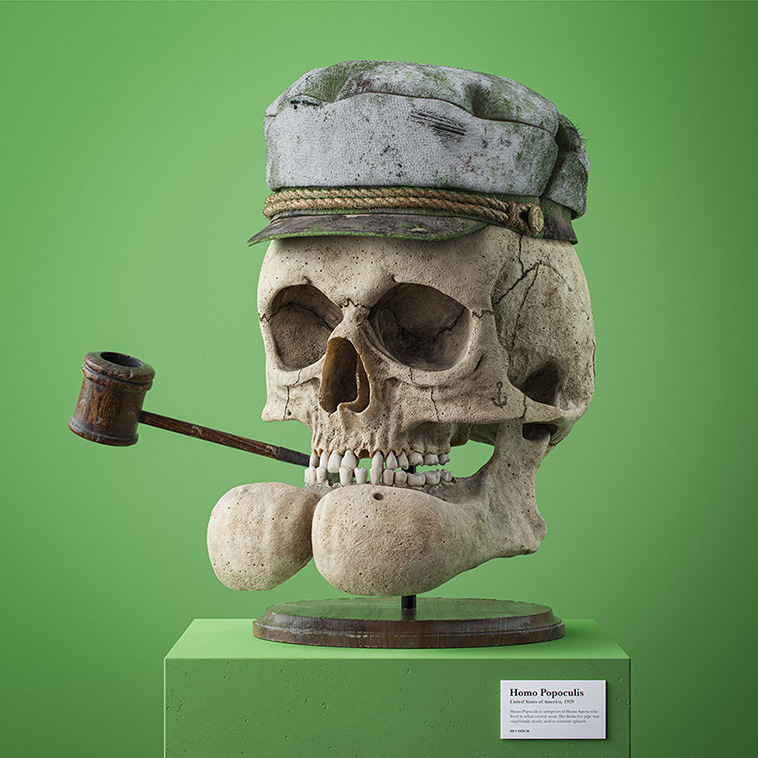 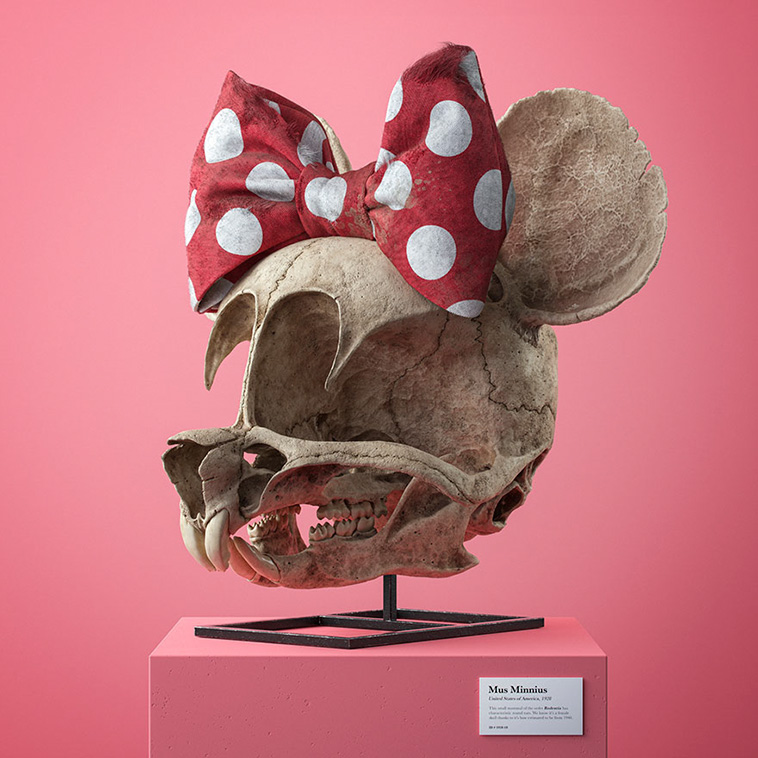 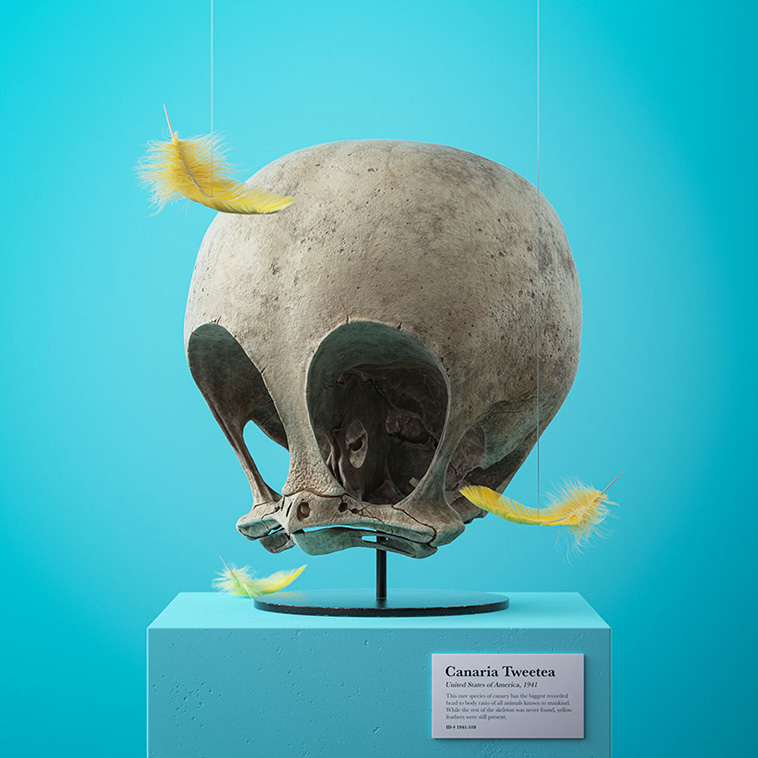