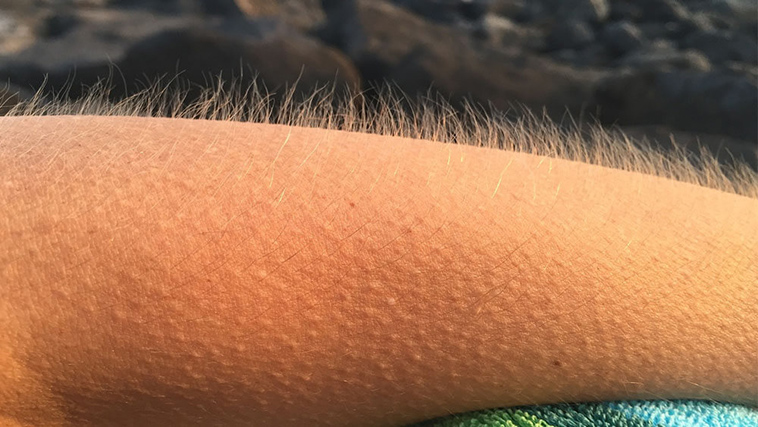 Are there certain songs that just give you an immense feeling every time you hear it? For some it comes in the shape of goosebumps, others experience a lump in their throat or just an overwhelming sense of emotion.

It turns out this is a rather uncommon sensation, as not everyone has gone through such an experience – perhaps they just need to find the right song!

Matthew Sachs, a former undergraduate at Harvard, is now trying to unlock the mysteries behind such a feeling, undertaking a small study to understand why listening to music elects such as response for some.

The study involved 20 participants, half of which experience goosebumps when listening to music while the other half have no such response, scanning each of their brains to try make sense of why it occurs.

The results suggest people with an emotional and physical association with music have slightly different brain structure compare to those that don’t. Scans highlighted a stronger presence of fibres connected between the auditory cortex and parts of the brain used to process emotions, allowing for a much stronger connection between these two areas.

Sachs’s findings have been published on Oxford Academic but he is quoted by Neuroscience as saying:

“The idea being that more fibers and increased efficiency between two regions means that you have more efficient processing between them” Sachs explains.

This means if get goosebumps from music, your brain may have much more intense and powerful emotions. While the study was conducted on a small scale, Sachs plans to conduct more in-depth studies to better understand the brains processes when listening to music that elicits such strong reactions.

By doing so he hopes to learn what neurologically causes these reactions and could actually tap into treatment for psychological disorders.

“Depression causes an inability to experience pleasure of everyday things.

You could use music with a therapist to explore feelings.”