Edward Sheriff Curtis was a professional photographer who can be credited with creating one of the greatest collections of photographs of the indigenous tribes of North America.

He first photographed a Native American back in 1895, and over the following ten years, he found himself traveling to states such as Alaska and Montano to take more photographs of the various tribes there.

A group of Navajo in the Canyon de Chelly, Arizona, 1904 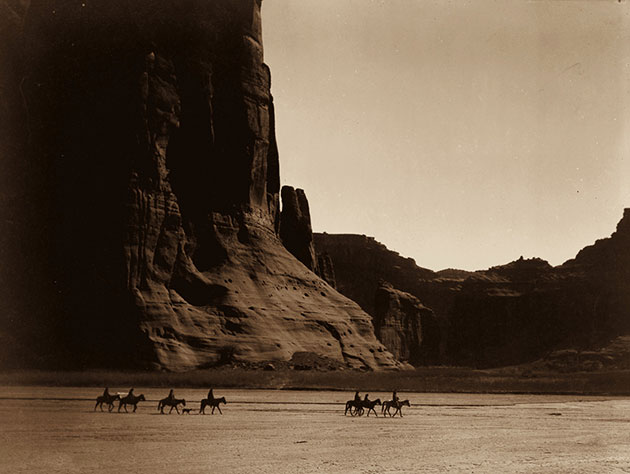 JP Morgan would eventually approach Curtis about creating a documentary based on the tribes throughout the country, which he himself would finance. The series would be entitled The North American Indian.

Curtis traveled all across North America for 20 years, taking tens of thousands of images of various tribes. Yet he was guilty of setting up many of these to appear less real than they should. Despite being into the 20th century, he avoided taking images near modern settlements or devices, opting to frame them in a more basic tribal manner. 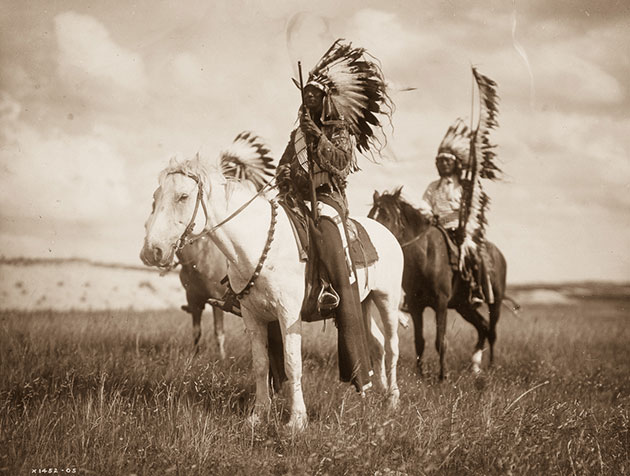 Much of the images look like they belong a few centuries prior to the 1900s, and is a far cry from the modern lives the Natives were living at the time. He did, however, note down endless notes on the native language, folklore legends, songs, and dances performed, as well as the histories of many tribes as told by the indigenous people themselves.

So to that end, you can appreciate the body of work he compiled, as it offers a look into the lives of Indigenous Americans that simply cannot be matched. (h/t: mashable)

An Apsaroke mother and child, 1908 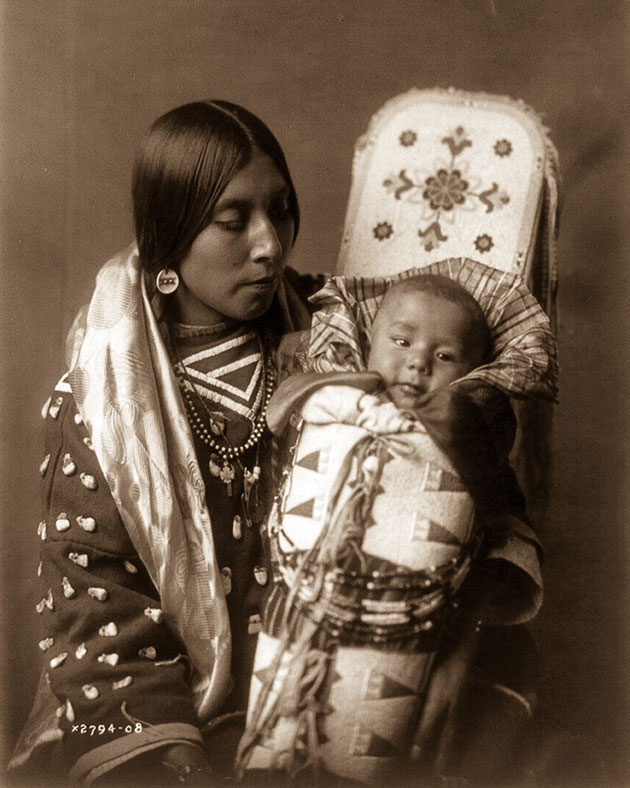 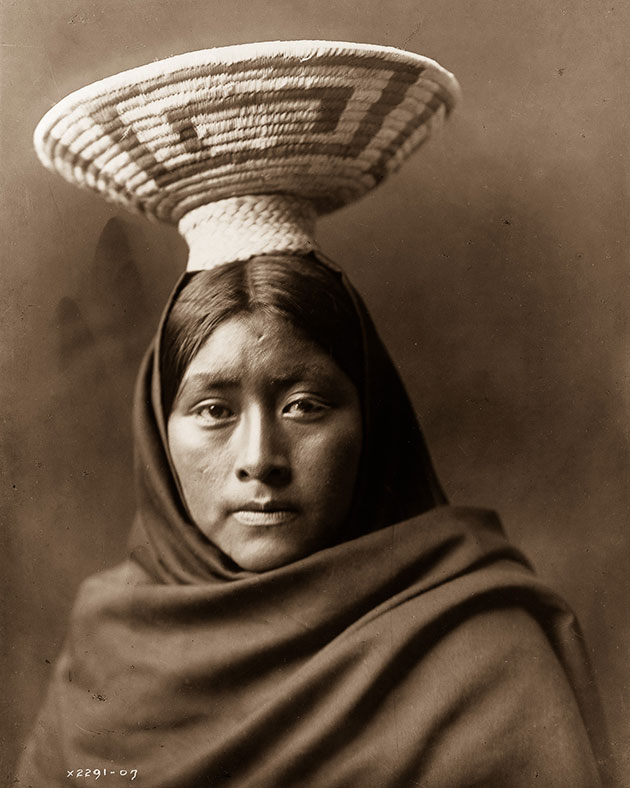 A Qagyuhl woman wears a fringed Chilkat blanket and a mask representing a deceased relative who had been a shaman, 1914 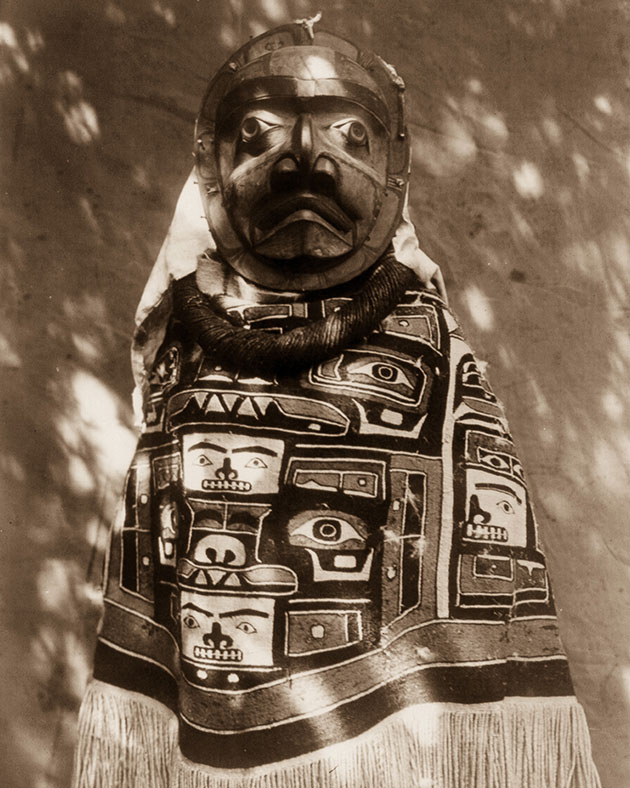 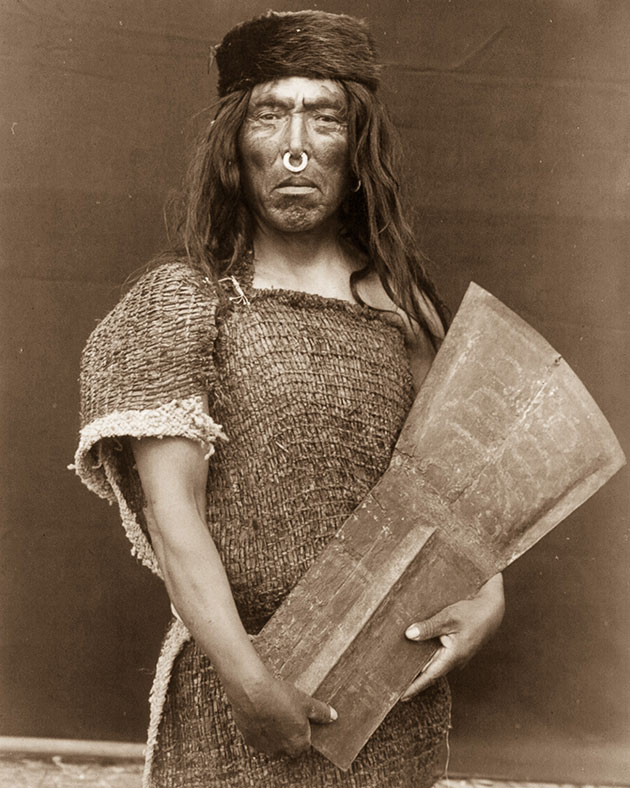 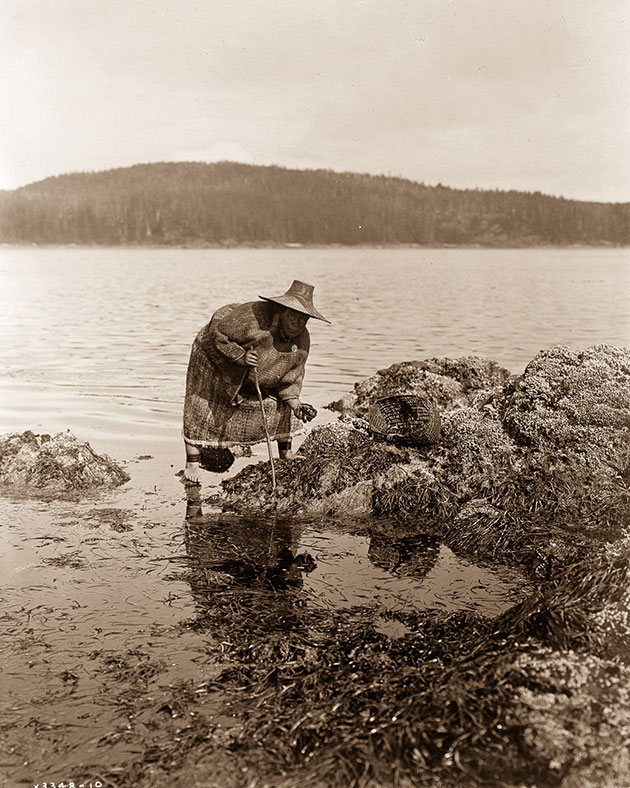 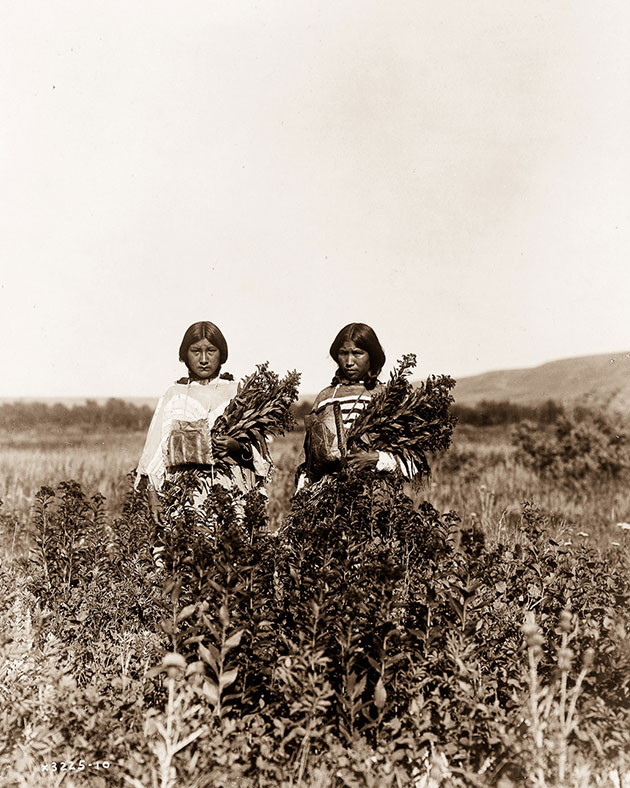 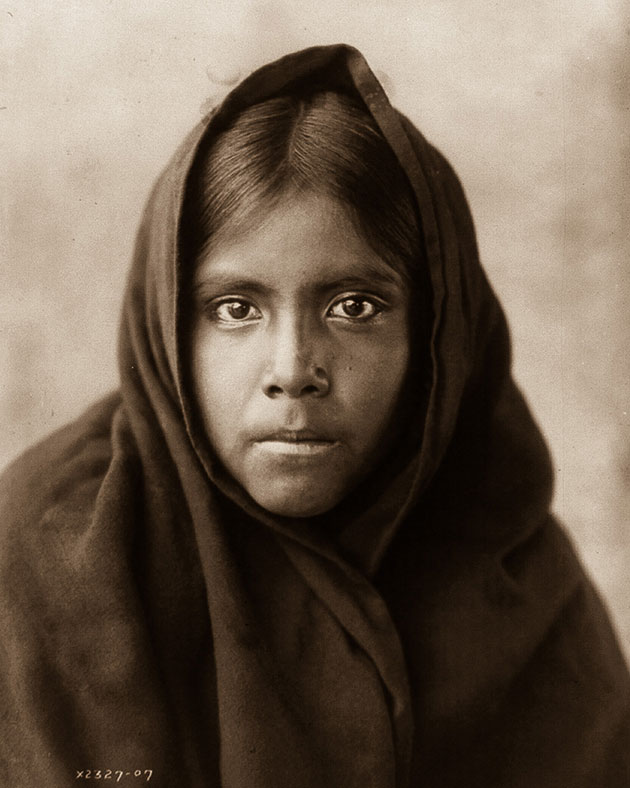 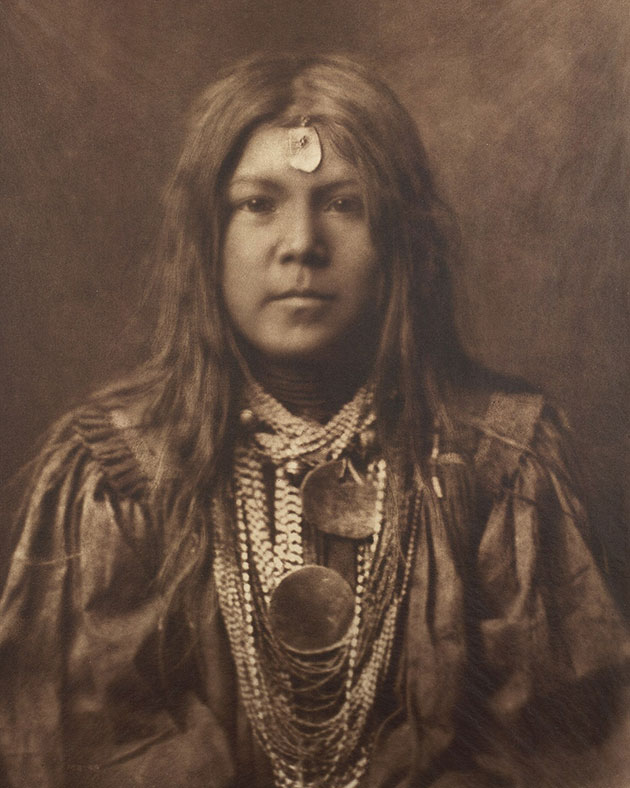 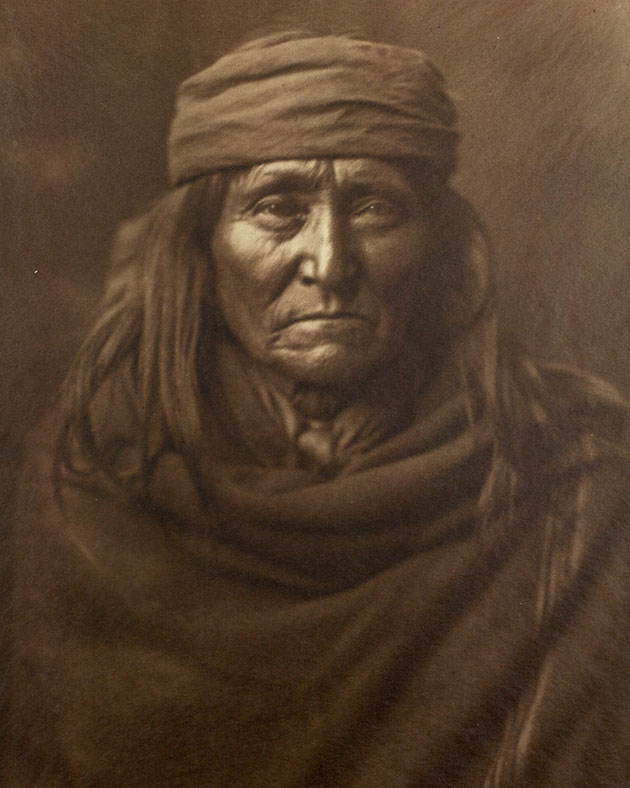 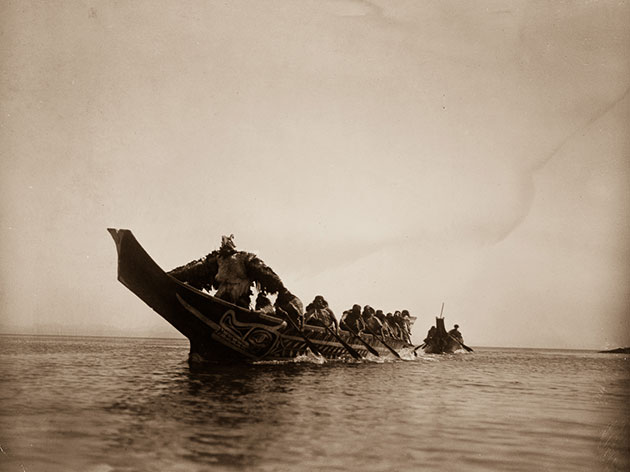 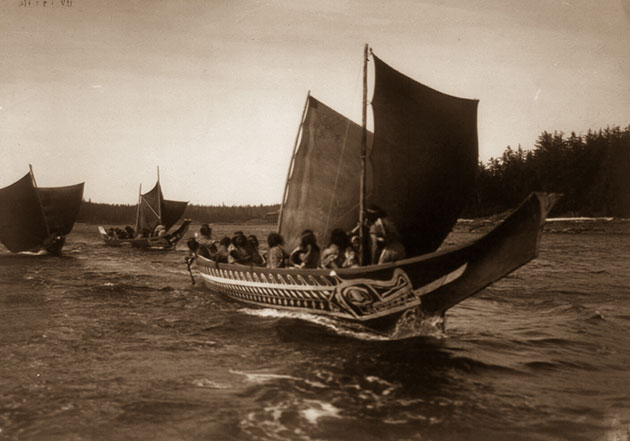 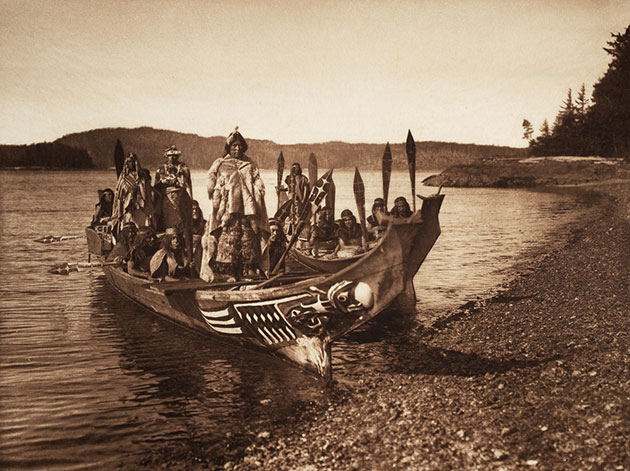