Imagine you are walking home with your favorite food in your hand, thinking about the meal you’re going to have and suddenly someone captures your food and you ended up with nothing left. You are not the only one feeling this frustration. This red fox had a bad day as a bald eagle stole its food. 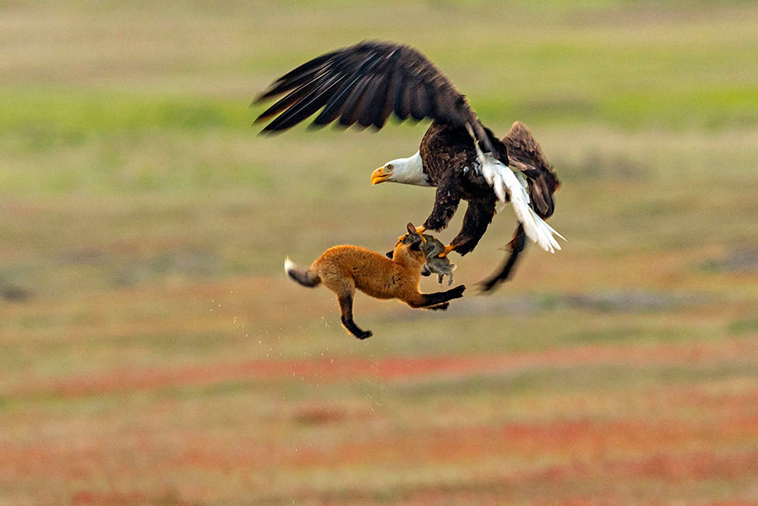 The incident was captured by a photographer in the San Juan Islands. The American symbol, the bald eagle, is a thief in the animal world stealing food in every chance. Kevin told, “Eagles really don’t like to waste a lot of effort in getting their food, so they look for easy opportunities.”. 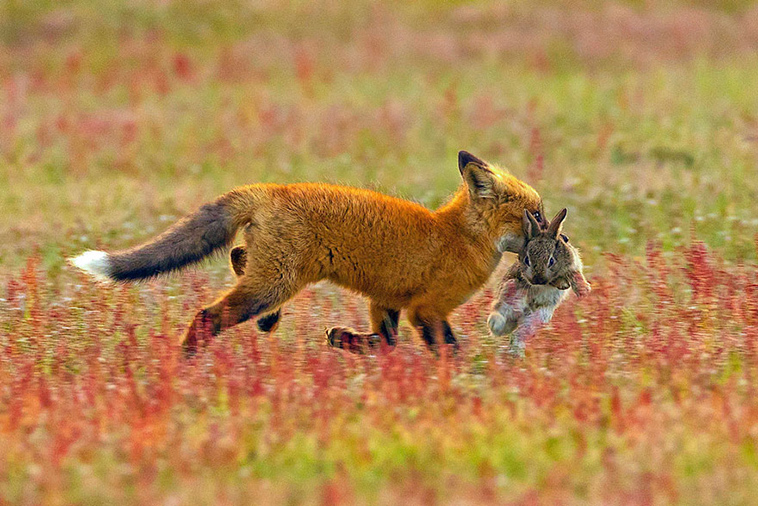 He has written on his blog “A couple of days ago, I captured an especially dramatic act of thievery. I saw a bald eagle steal a rabbit from a young red fox. Even more impressive: at times, this battle played out more than 20 feet in the air.” 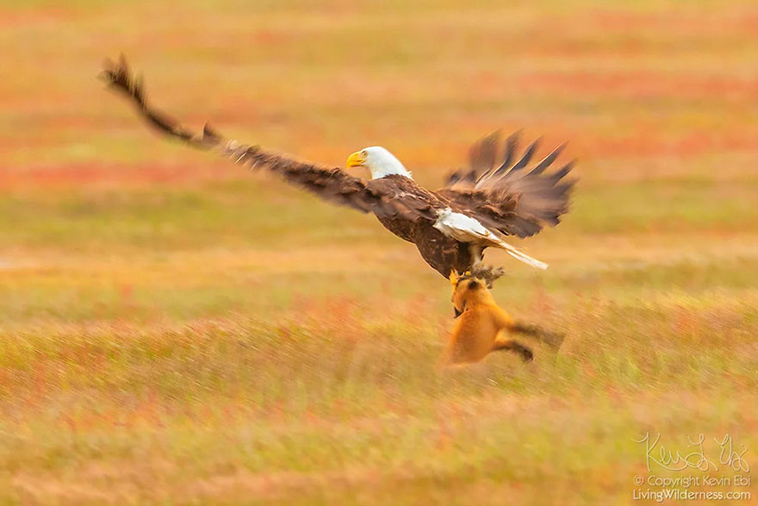 “A red fox caught a rabbit and was carrying it across the meadow, I panned my camera with it to capture the action. Then behind me, I heard the cry of a bald eagle. I turned around and saw it approaching fast. I knew it wanted the rabbit. I intently trained my camera on the fox bracing for a split second of the action.”. he said. 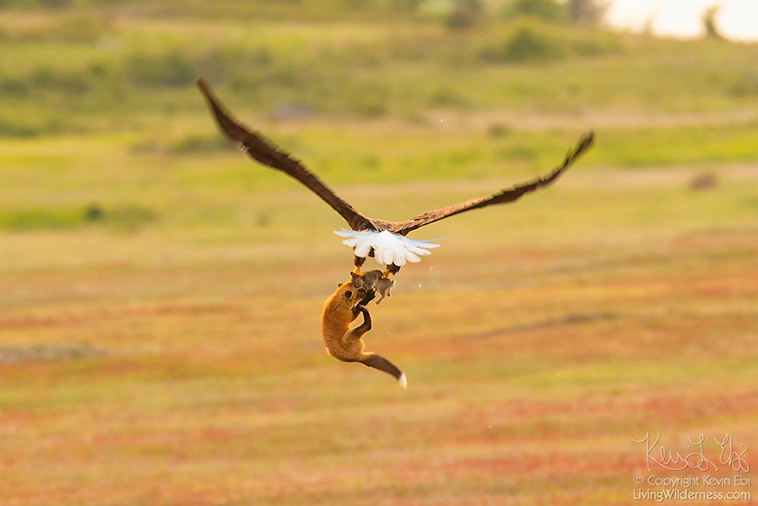 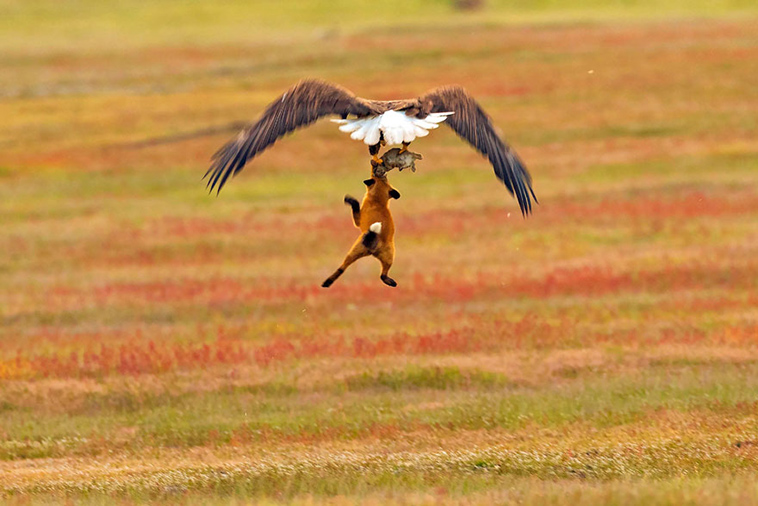 “To my surprise, the scene was even more dramatic than I expected. I thought the fox would drop the rabbit, giving the eagle an easy dinner. Instead, the fox, with its jaw still clenched on the rabbit, inadvertently got snagged by the bald eagle. The eagle lifted the young fox and rabbit into the sky triggering an even more dramatic struggle.” 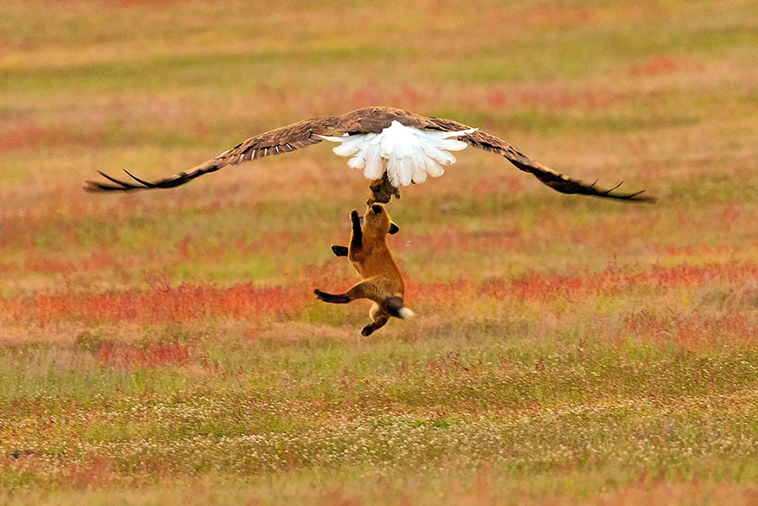 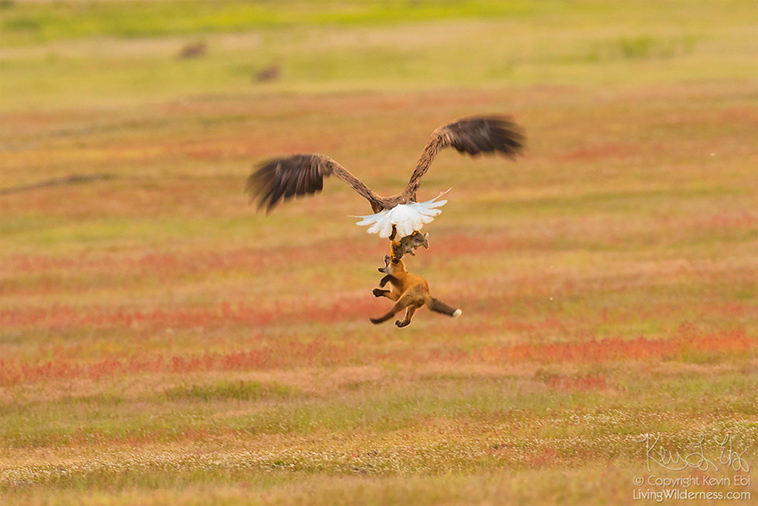 The struggle lasted around 8 seconds in the air. Then the fox realized that the rabbit was eagle’s meal, he gave up; the eagle left it from 20 feet above. Luckily he didn’t have any injuries from that harsh fall. Kevin said, “It shook off the encounter and resumed playing with its fellow kits. I took several pictures of it after the ordeal and couldn’t find a single scratch,”. 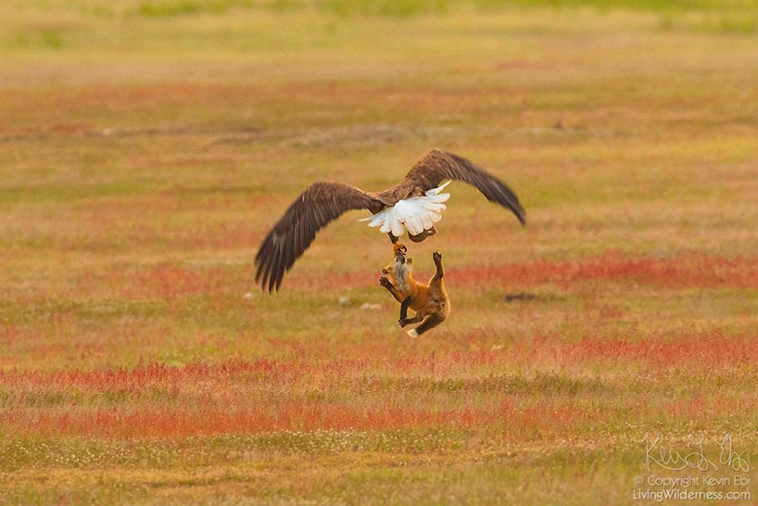 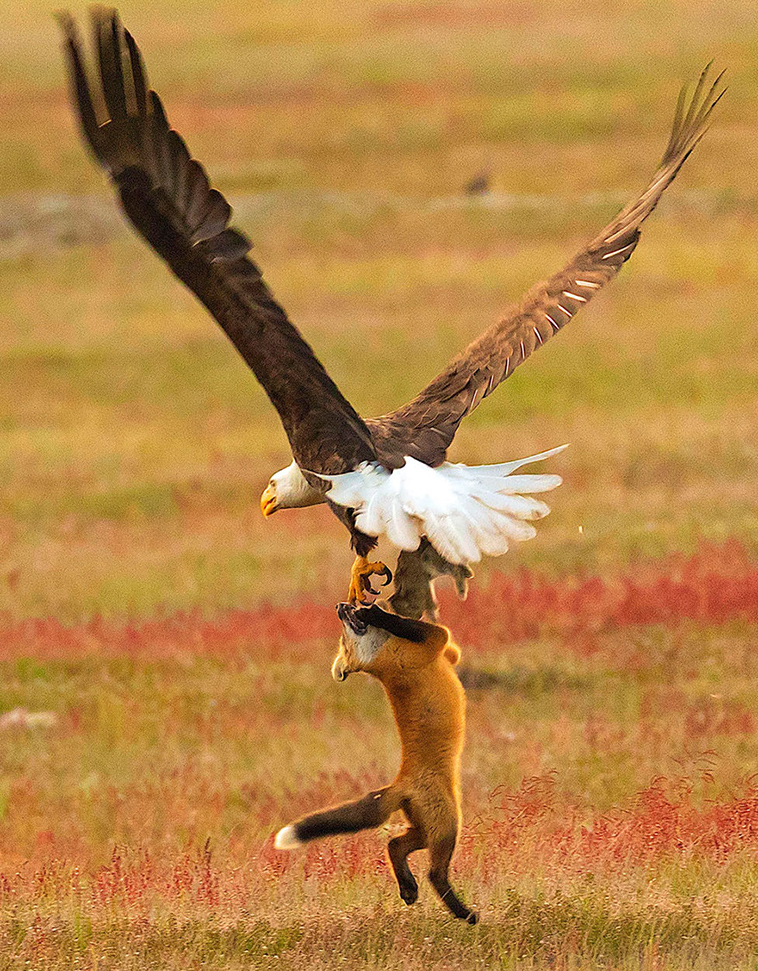 Kevin explained his thoughts on the incident saying “I suspect the eagle thought that since it was a very young fox, the fox probably would have been scared by the eagle and would have dropped the rabbi. It was a very unique experience. I’ve seen bald eagles steal food from crows, great blue herons, and other eagles. I’ve never seen an act of theft like that. But I’ve been a nature photographer for nearly 20 years, I believe every animal has a story to tell.” 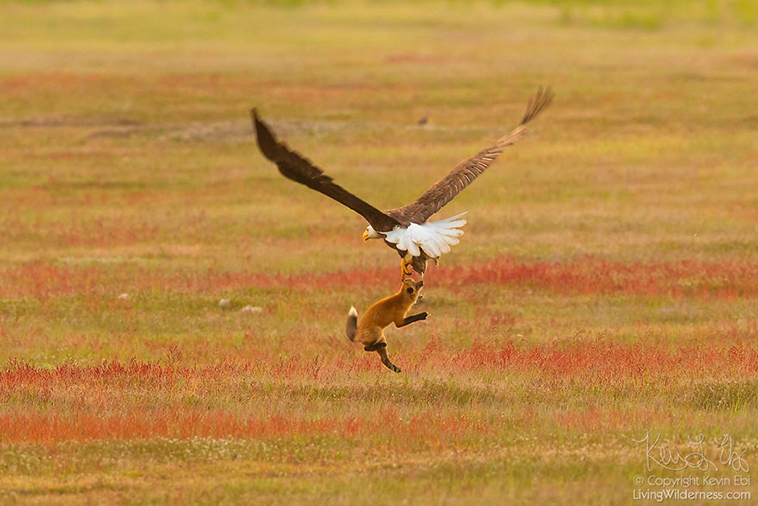 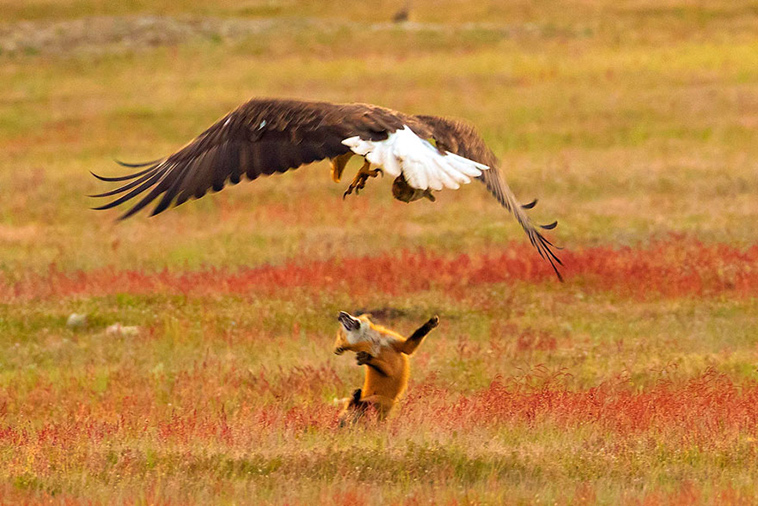 “Images that tell a story — rather than just being pretty pictures — are my favorite. That’s what I work toward” 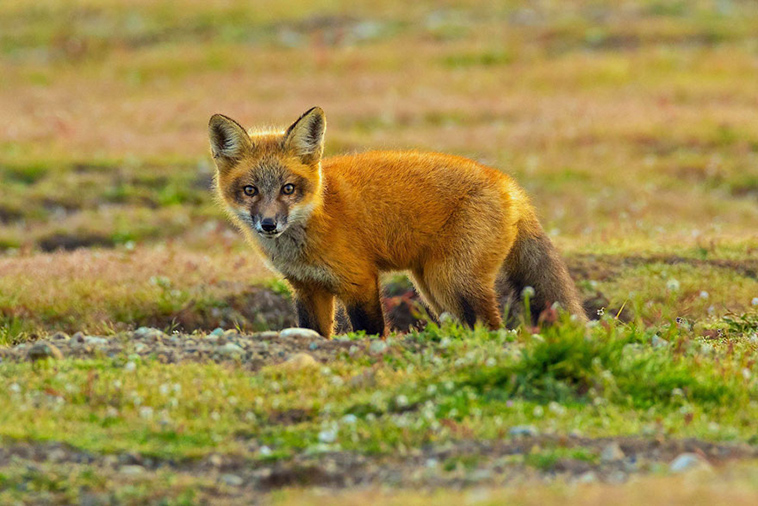