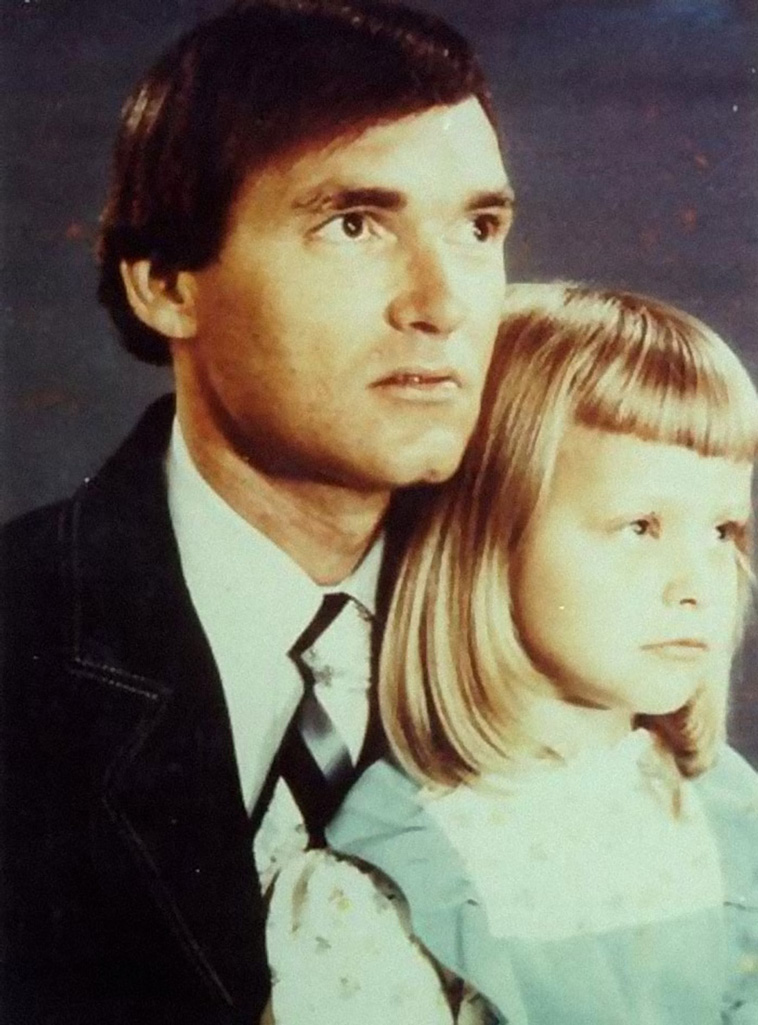 This is the leading image on Franklin Delano Floyd. In actuality, the little girl is Floyd’s stepdaughter, Suzanne Marie Sevakis, who he’d kidnapped around 1974, when Suzanne was under 10 years old.

He would go on to raise her as his daughter, putting her through high school under several pseudonyms, have a son with her in 1988, and marry her in 1989, under the name Tonya Hughes.

By 1990, Suzanne had decided to leave Floyd and take her son, Michael, with her. In April of that year, she was found beaten and bruised on the side of a highway, and she subsequently died in the hospital. Michael went into foster care and was adopted, only to be kidnapped by Floyd in 1994 and to never be seen again.

12. If You’re British, And Of A Certain Age, You’ll Probably Be As Haunted By This Grainy Image As I Am 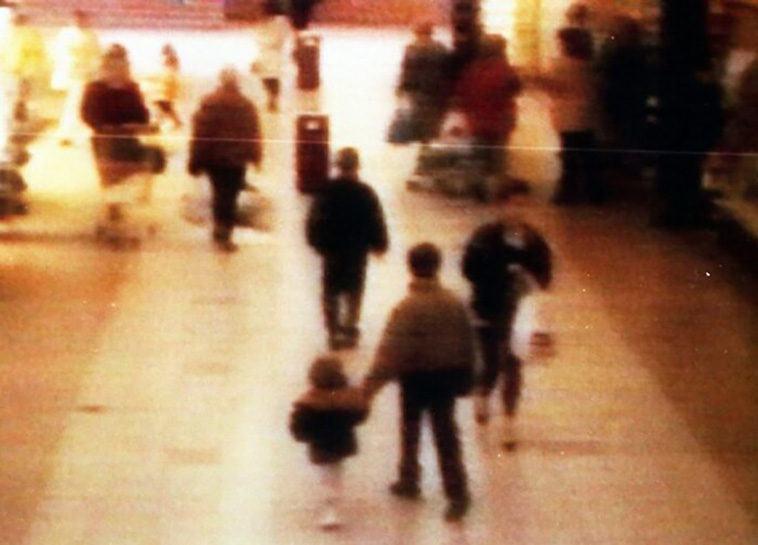 I still distinctly remember the first time I saw it. At the time, James Bulger was only missing, and it was regarded as a cause for optimism that he was last seen with other children. The truth was far worse than anyone imagined, and still inspires a visceral reaction unlike any other crime in my lifetime. 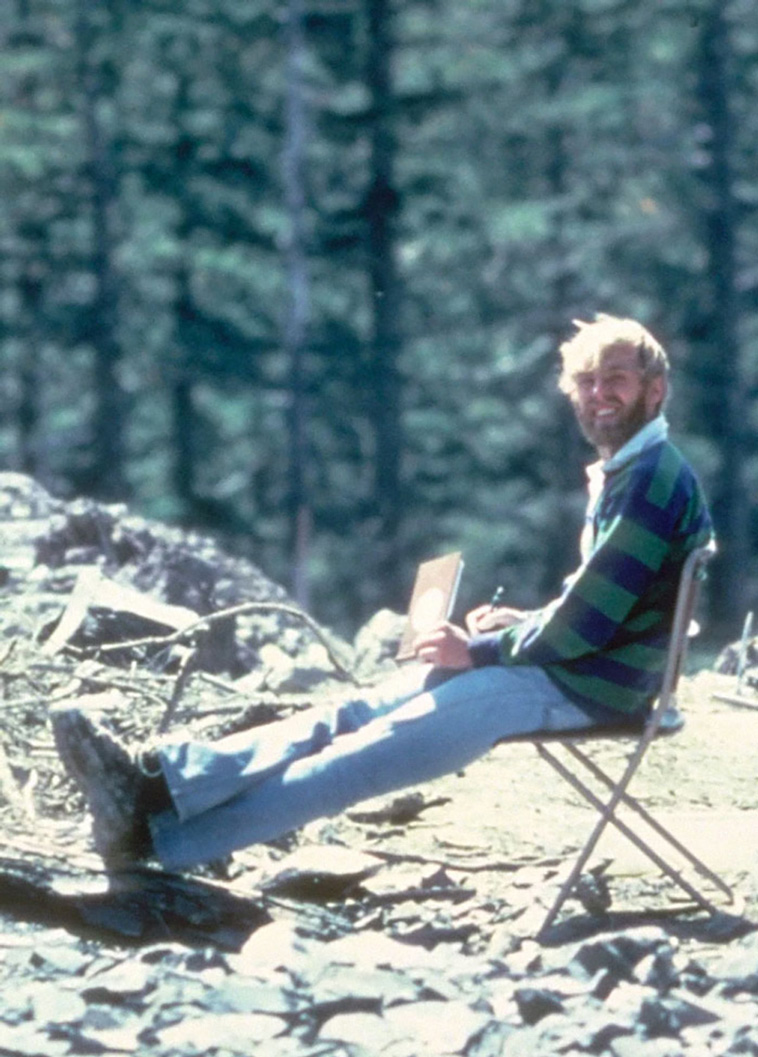 13 hours after the photograph was taken, on May 18, 1980, the volcano erupted and killed 57 people including the volcanologist. 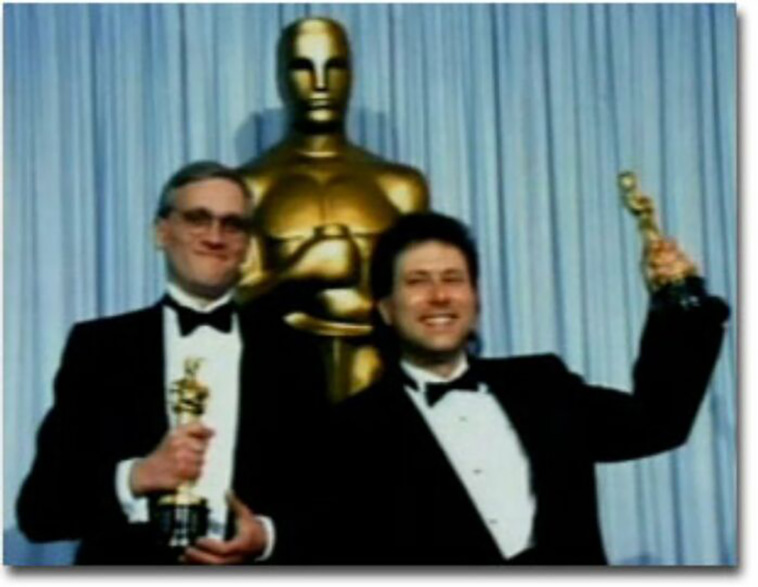 So it looks like a happy photo of two men achieving their wildest dream, but it’s really a record of the last normal moment they had together. And while Menken is all smiles, if you look closely at Ashman you can tell something’s wrong.

15. John Edward Robinson And His Family 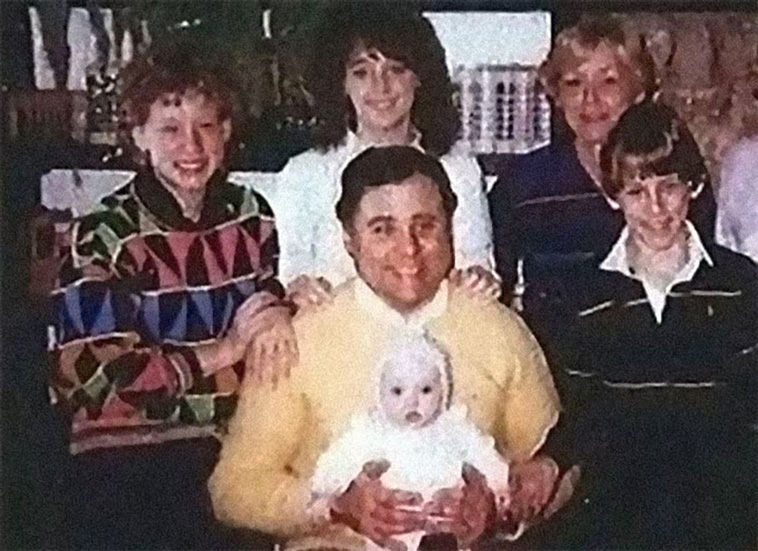 This is serial killer John Edward Robinson (yellow sweater) holding baby Tiffany Stasi, whose mother he murdered the day before.

He later gave baby Tiffany to his brother, saying she was adopted. His brother, along with Tiffany, didn’t find out the truth for 15 years.

Only eight of his victims have been identified, and he’s been on death row since 2000.

16. The Final Picture Of The Webster Sisters And Their Friend 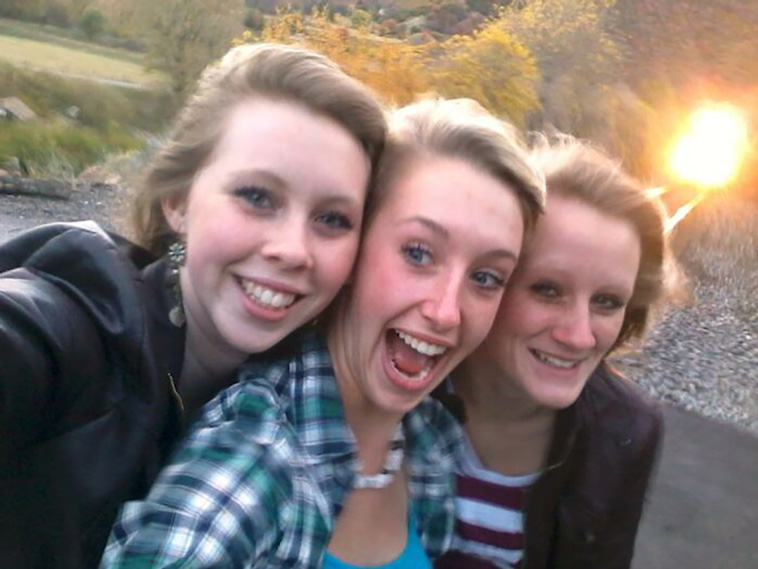 Taking a selfie, they all look so carefree and then you see the bright light behind them and just want to yell at them to get out of the way of the train 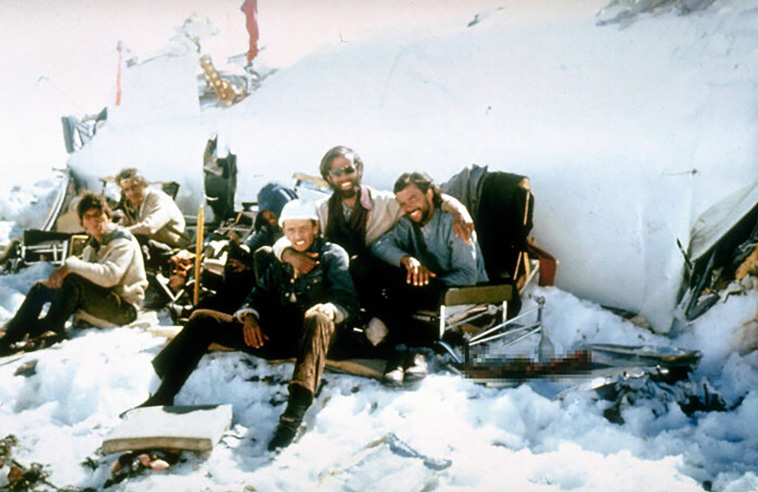 This picture was taken of a group of survivors of the Uruguayan Air Force Flight 571 crash in the Andes. They were eventually saved but had to resort to cannibalism to survive. They are all smiling in the photo, but it becomes eerie when you see the human spine to the right of them in the picture. 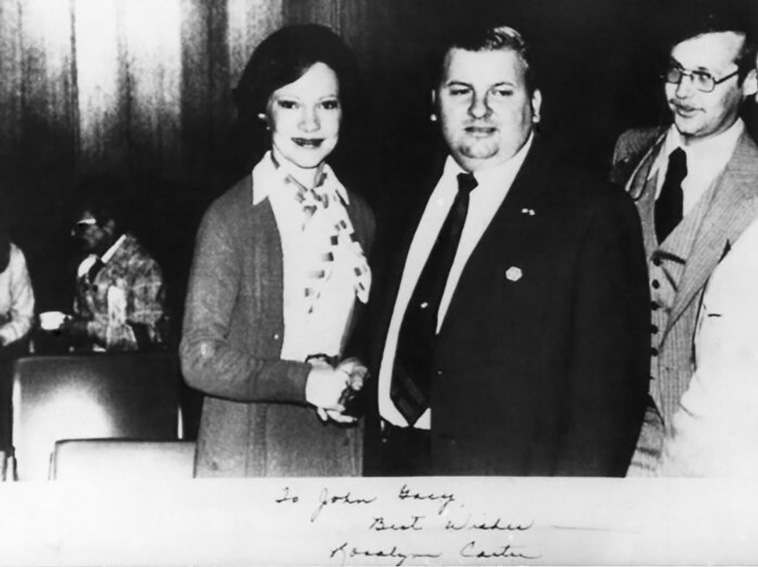 This is a picture of First Lady Rosalynn Carter in 1978 shaking hands with serial killer John Wayne Gacy, who was active in politics at the time. By that time, he had already killed over 20 young men. He’s wearing an “S” on his lapel, which was given to him by the Secret Service to indicate that he’d been given security clearance. The picture was even signed, “To John Gacy, best wishes, Rosalynn Carter.” 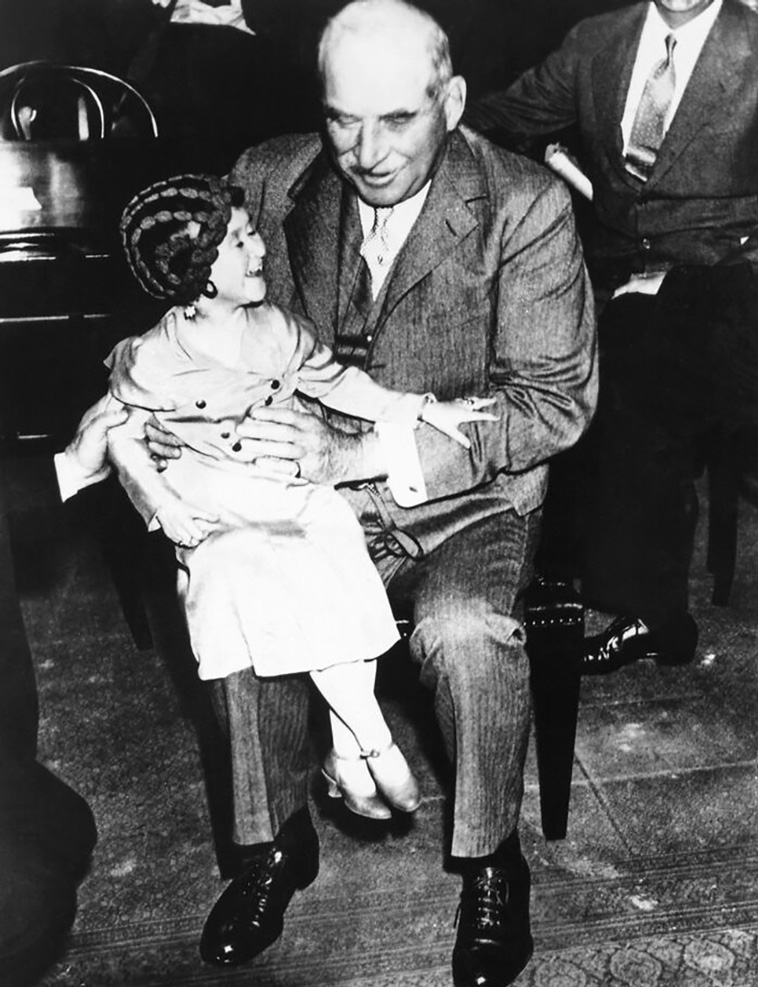 This photo of JP Morgan and Lya Graf, a performer for the Ringling Bros. and Barnum & Bailey circus, caused her to become an overnight sensation, but she couldn’t deal with all the attention. So she moved back home to Germany, where she was later arrested and sent to Auschwitz for being Jewish and she was deemed an unfit human.

Not much is known about her, but it’s assumed that she and her family did not survive.

20. Two Trails In The Snow. Only One Is Leading Back To Life 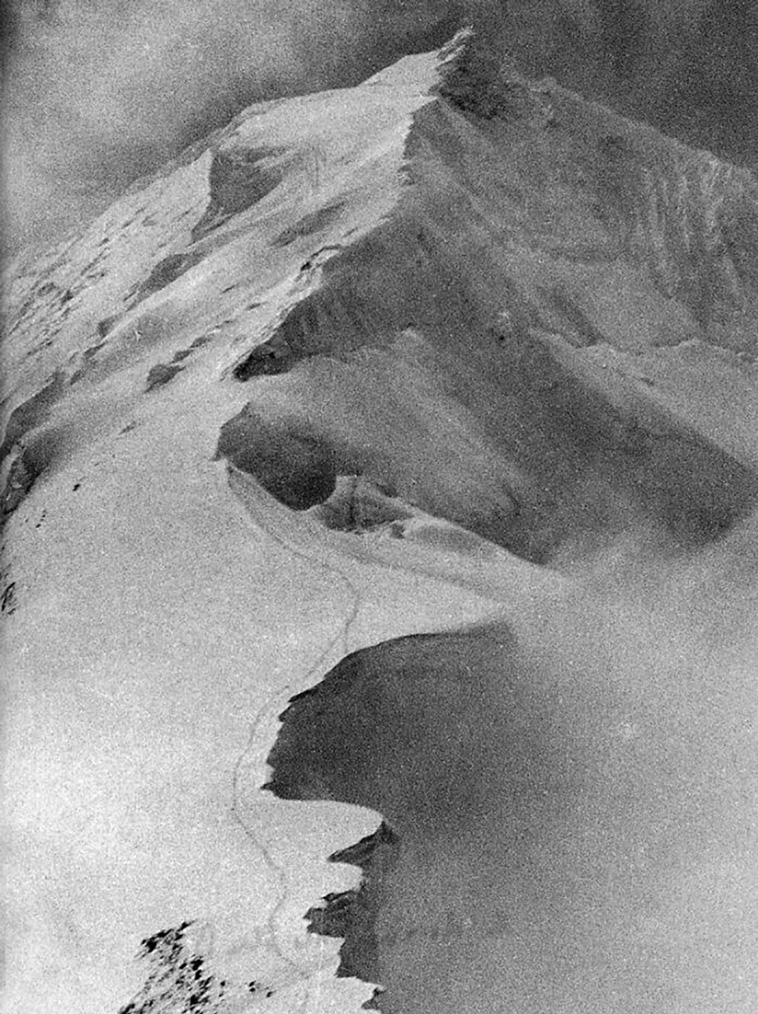 This is the photo Kurt Diemberger took after his companion, the illustrious alpinist Hermann Buhl, fell into the abyss on the Himalayan mountain Chogolisa. Buhl was walking behind Diemberger and momentarily left the trail after which he fell through an overhanging cornice. He remains in the ice.