In a nutshell, he’s considered the “Devil Santa Clause” and originated in Europe. He has been around a very long time, easily dating back to Victorian times and even further back. He has horns and is an anthropomorphic folklore figure that is half demon and half goat. During Christmas, he punishes children who have not behaved themselves, unlike Santa who hands out treats to good children.

In some regions including Austria, Czech Republic, Croatia, Slovenia, Northern Italy, and Hungary he is considered a side-kick of Santa. His actual origins are uncertain and some historians believe dates back before Christianity.

He traditionally shows up in parades and events known as Krampuslauf when young men dress up like him. This event takes place in various Alpine towns. He is often found on greeting cards that are called Karmpuskarten. 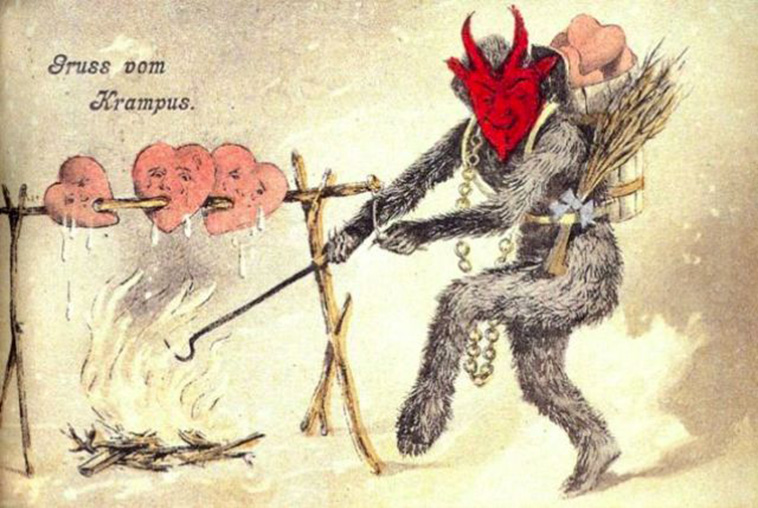 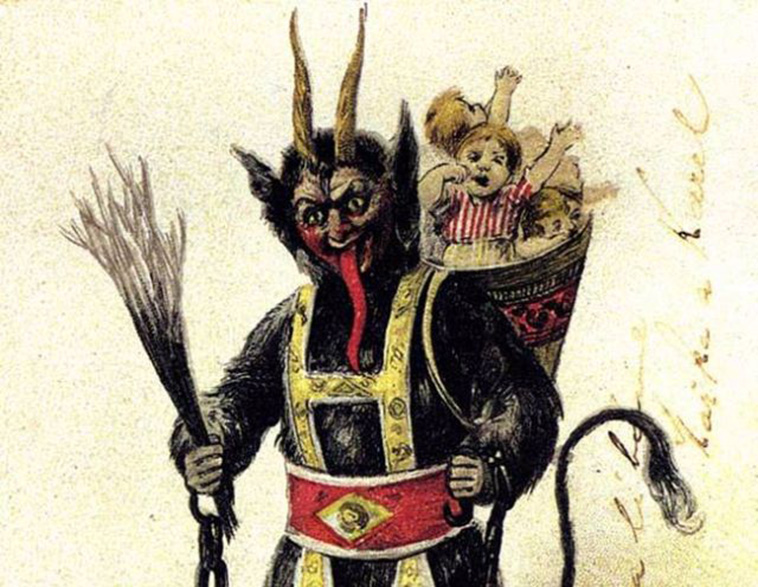 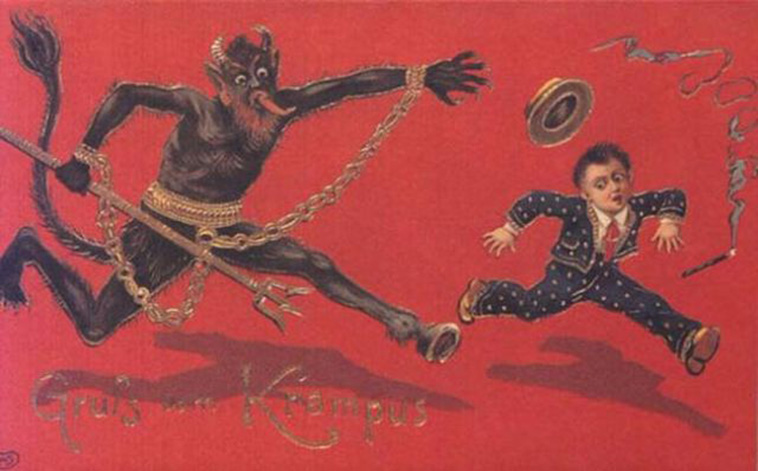 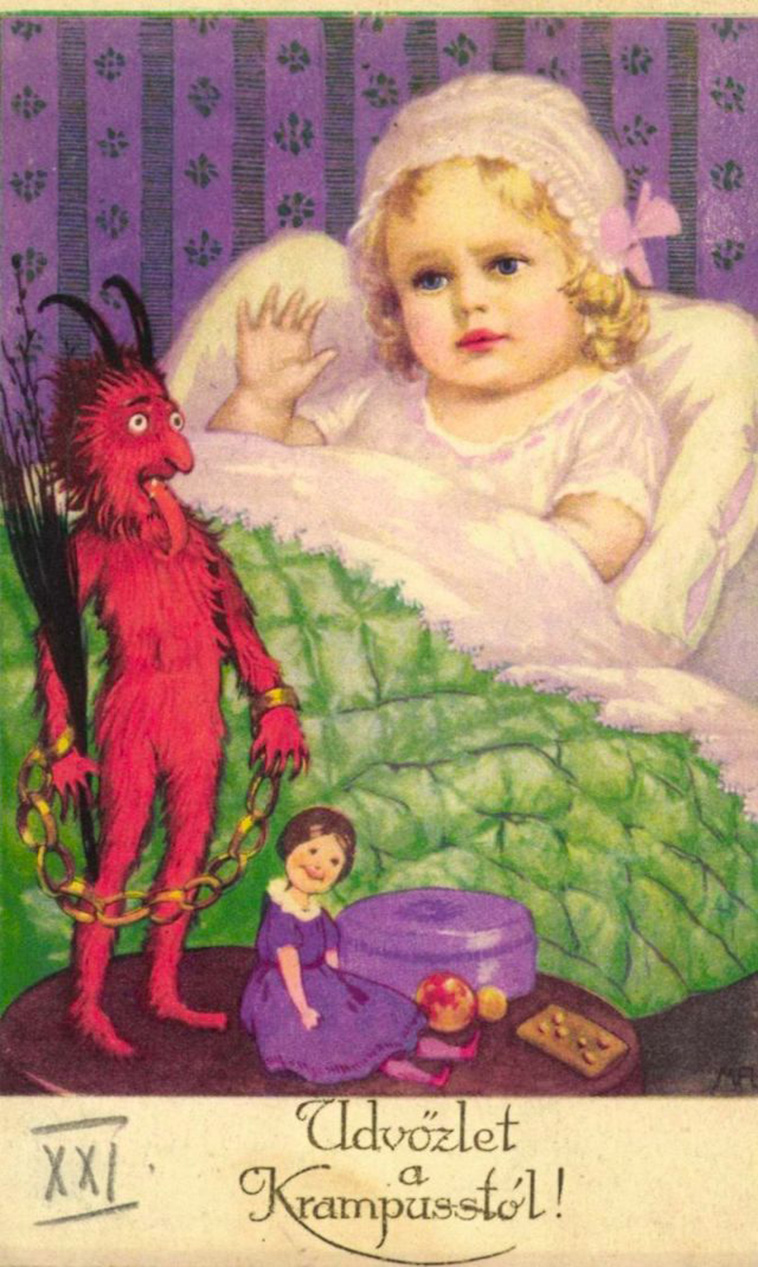 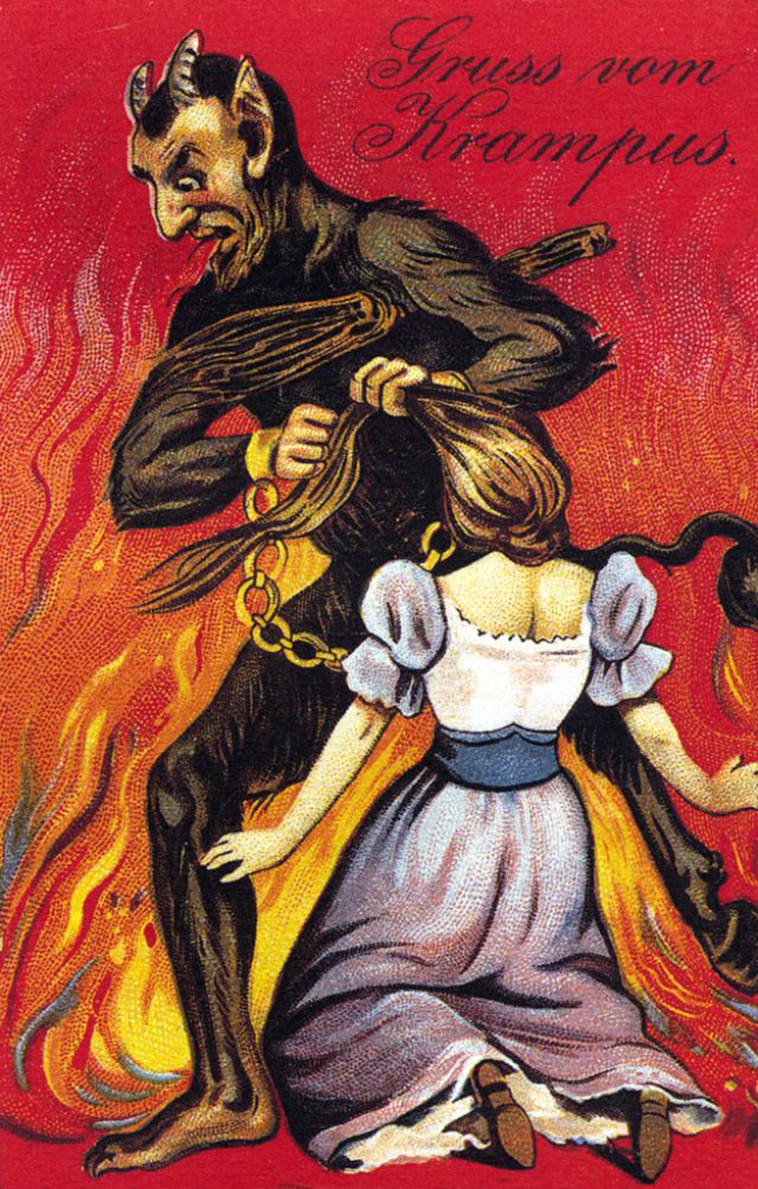 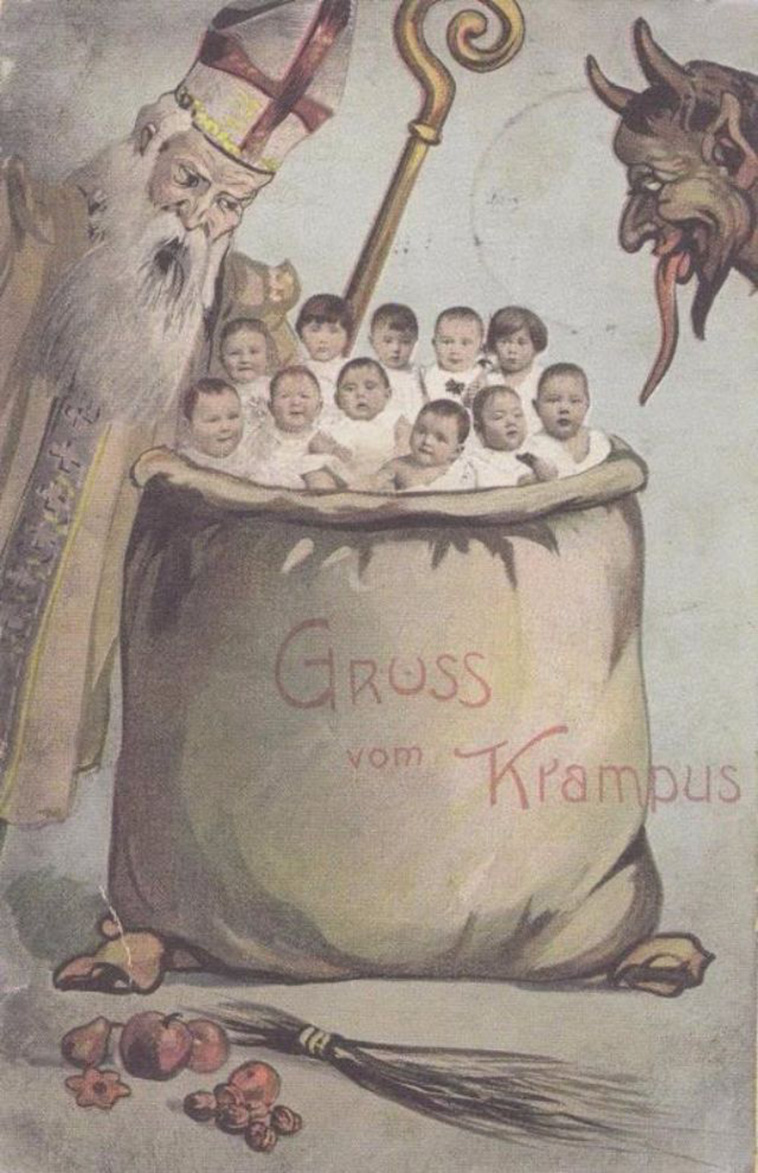 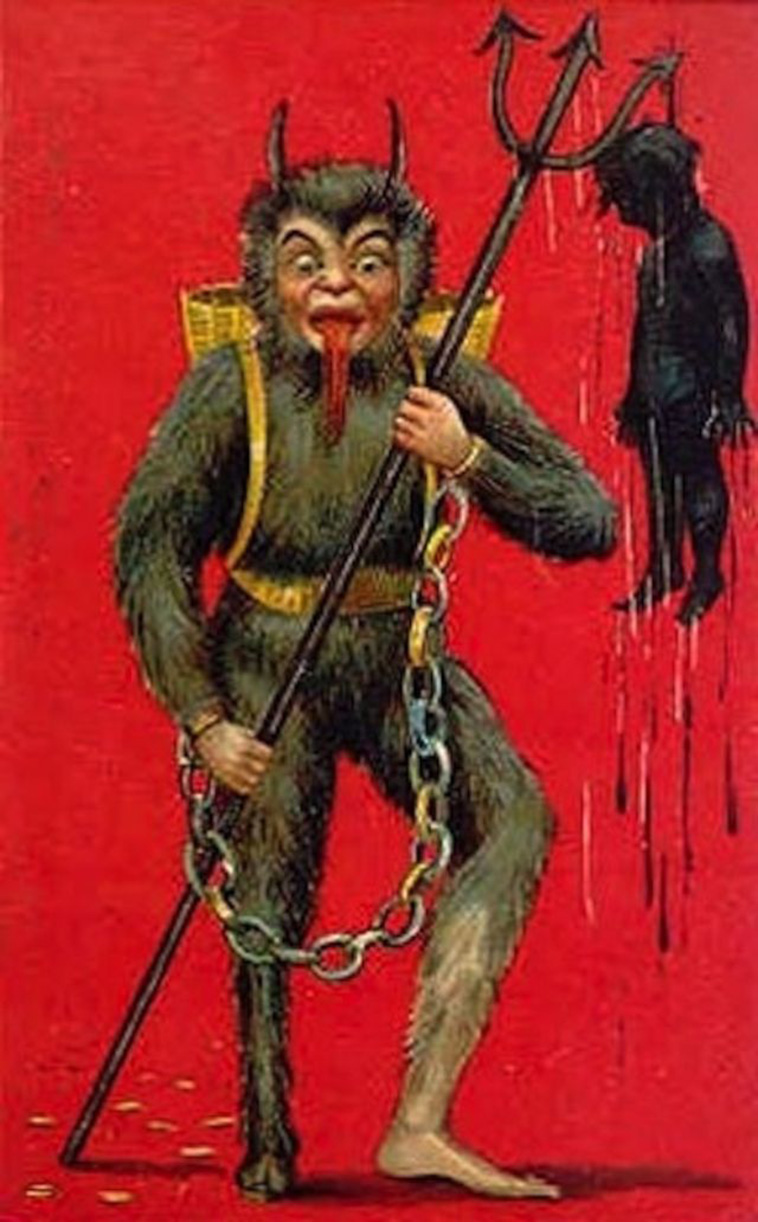 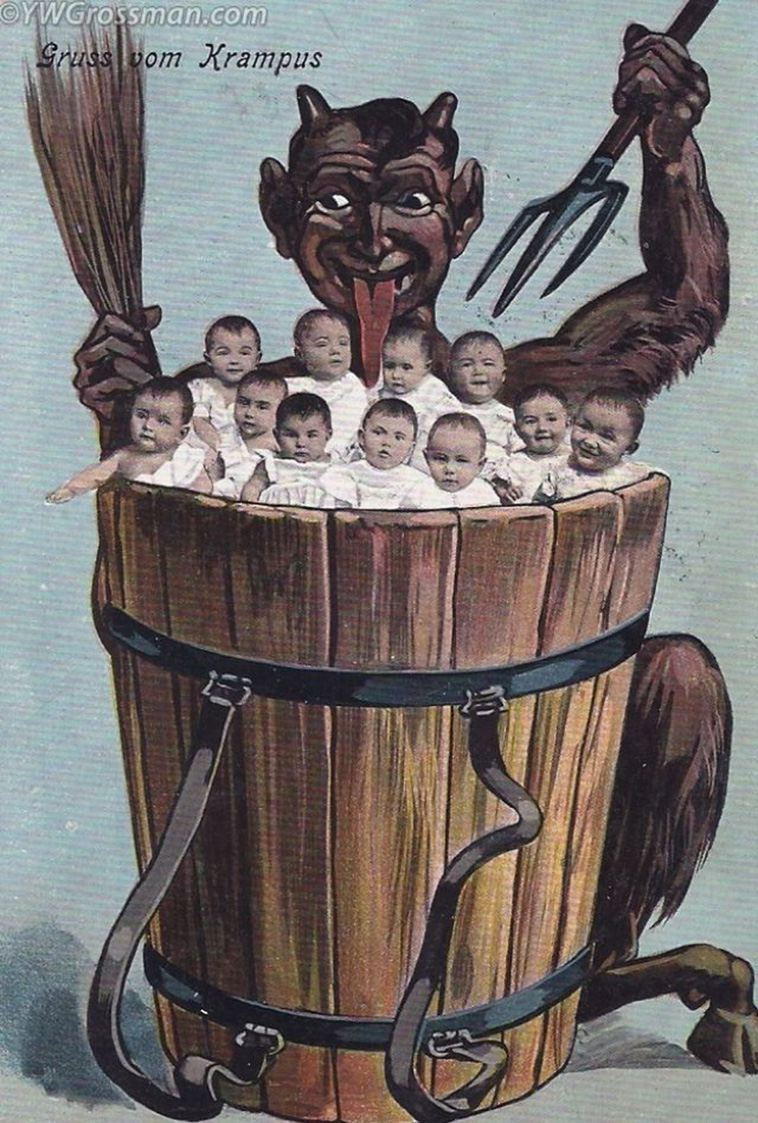 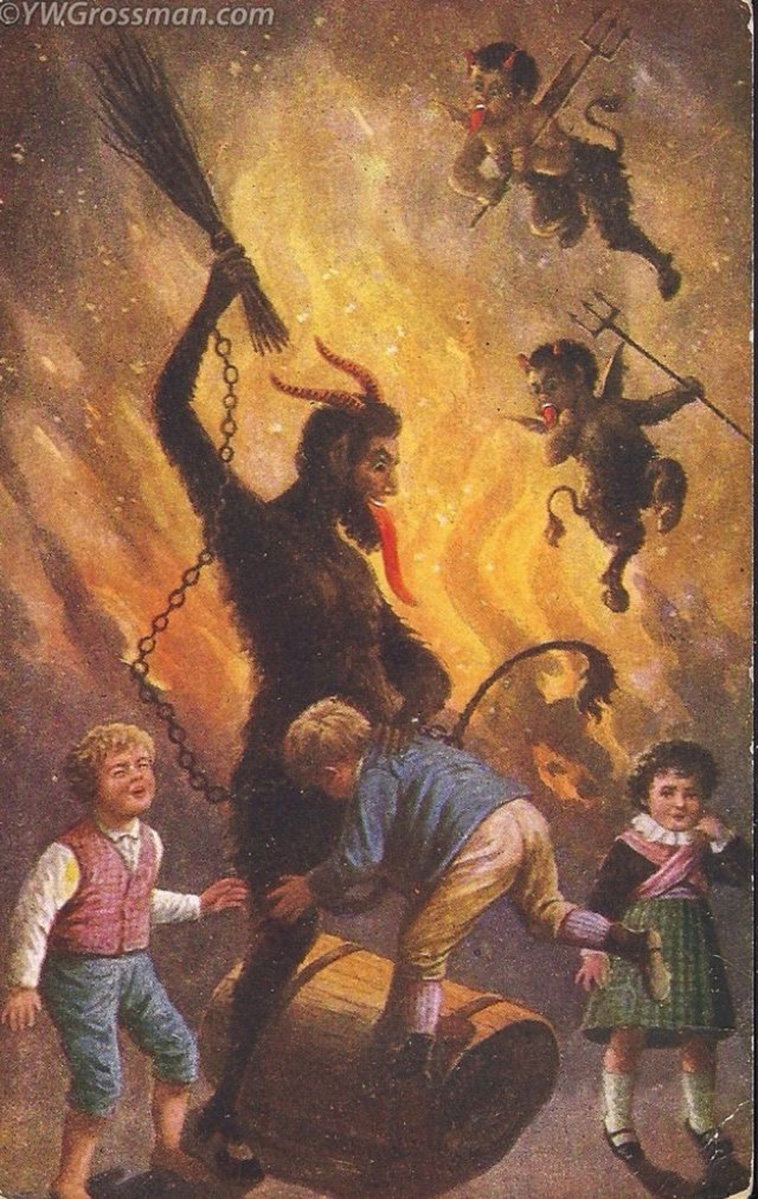 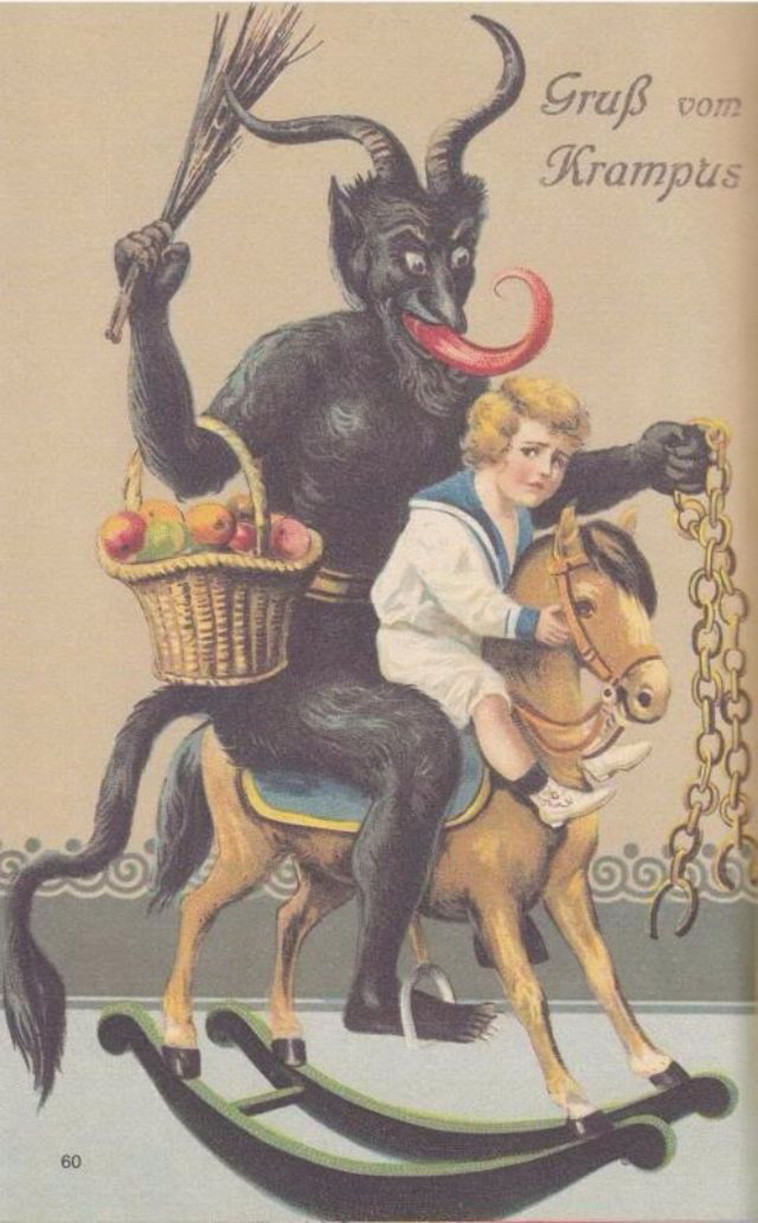