Betsy Ross, her husband, and her children saw a duck nest smashed up in a park in Visalia, California. They found an egg that had a small crack. Betsy decided to take the egg home and started incubating it, in her cleavage. 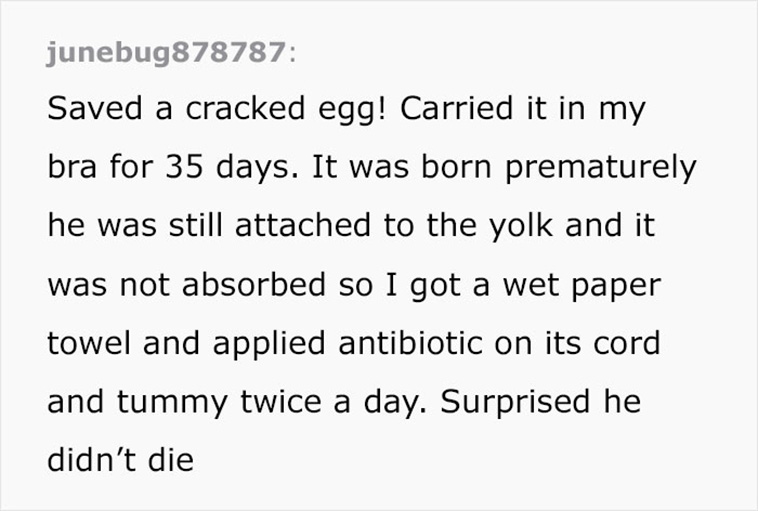 Betsy, her husband, and her children went to a local park in Visalia, California, to play pickleball and noticed someone had smashed up the duck nests that were there 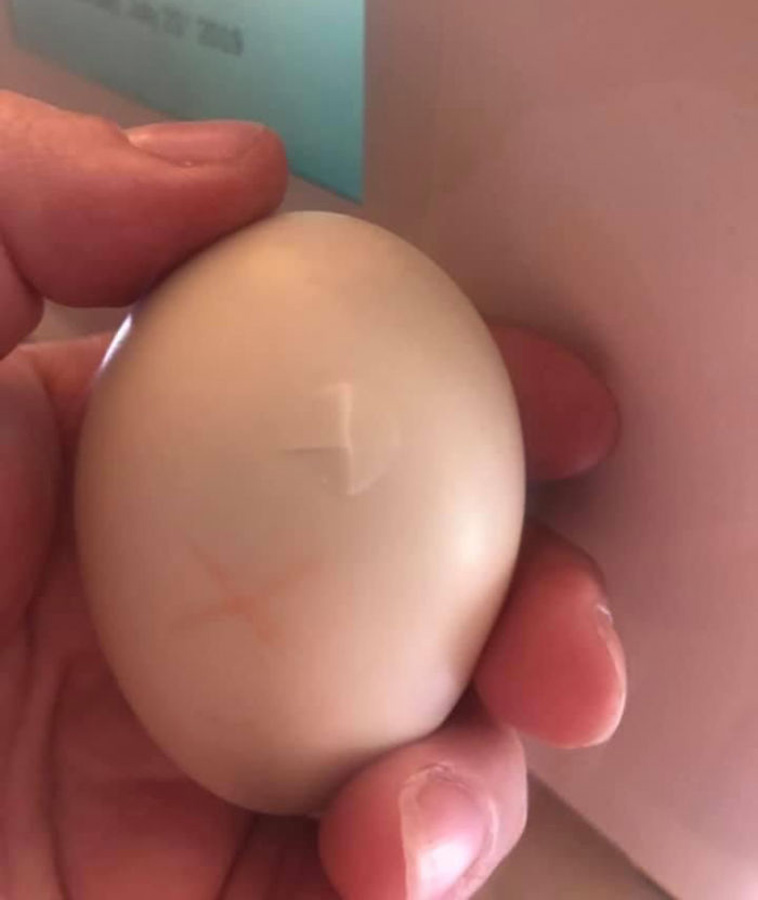 “My kids were very upset about it … [they] found a lone egg with a small crack that wasn’t leaking and asked me to save it.” 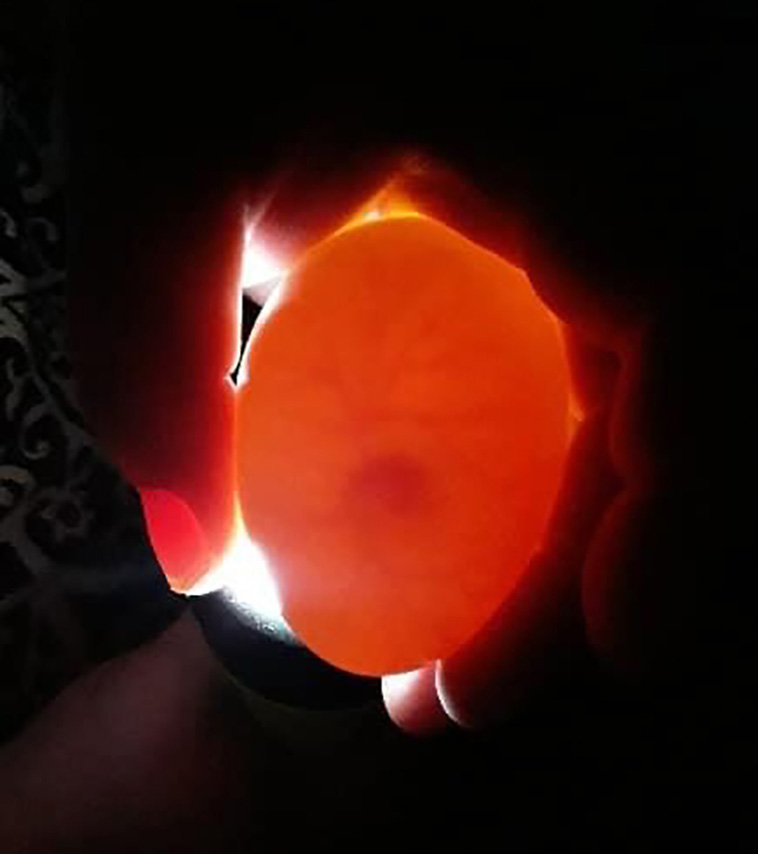 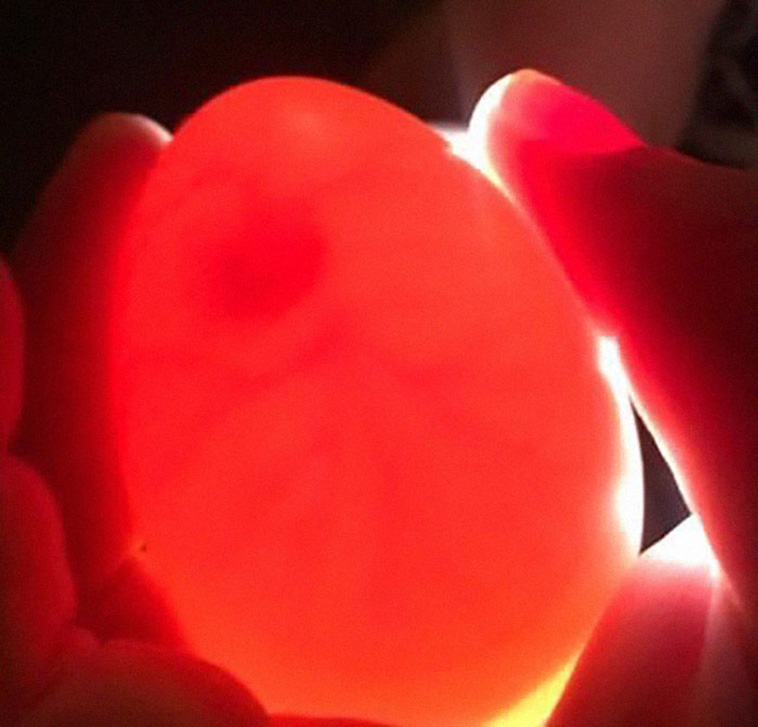 “I couldn’t afford an incubator, so I called our local wildlife place [but] they told me they didn’t take eggs” 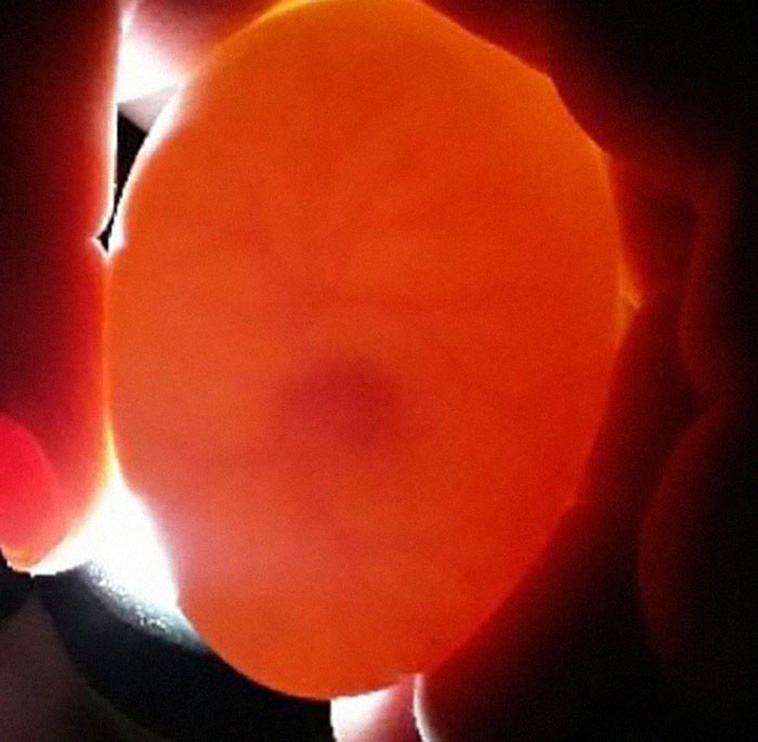 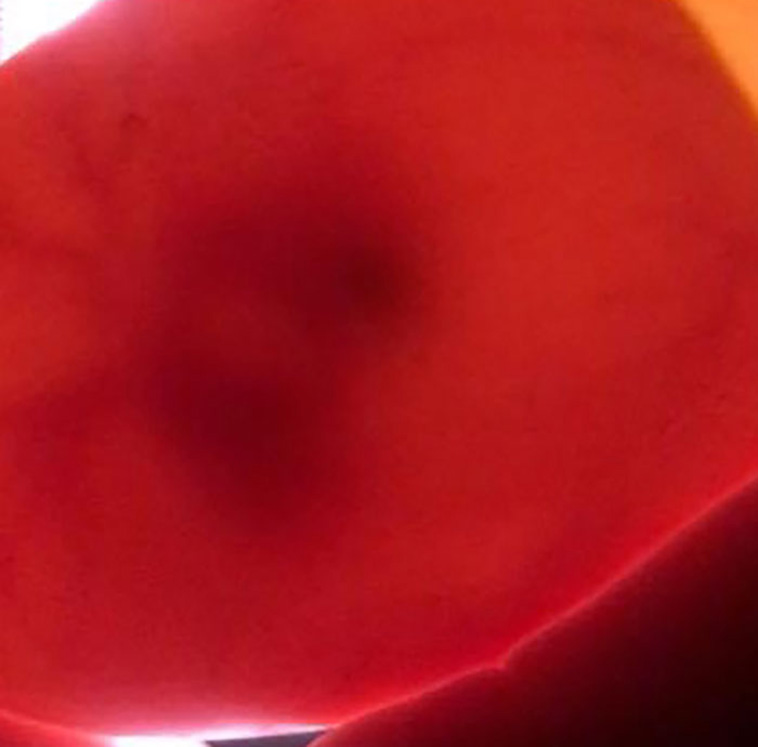 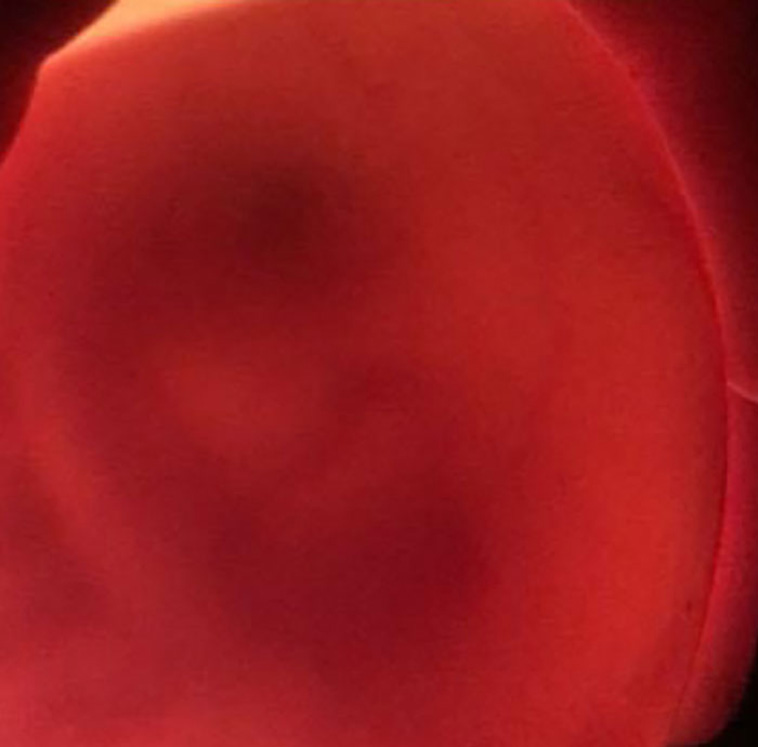 “I carried it in my bra for 35 days and slept with it there as well. I’m a plus size girl so it just kinda fit right between my breast” 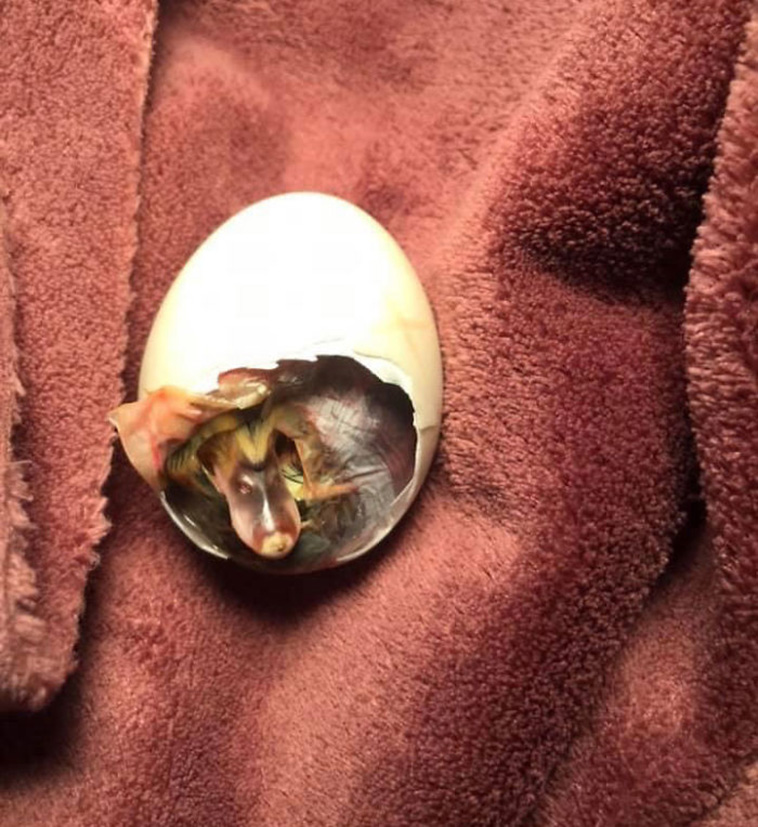 “When I had to shower, I had my husband hold it. I figured if mom ducks leave to get food for a bit then wouldn’t hurt to leave to shower” 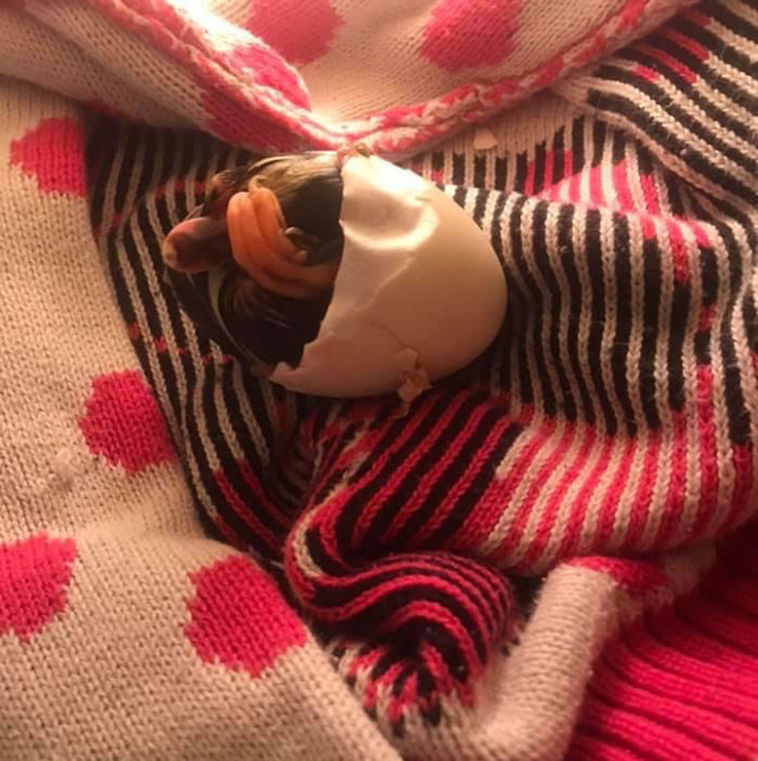 “At 35 days, I started hearing faint peeps which the internet said was called pipping and its beak was pushing out of the lining” 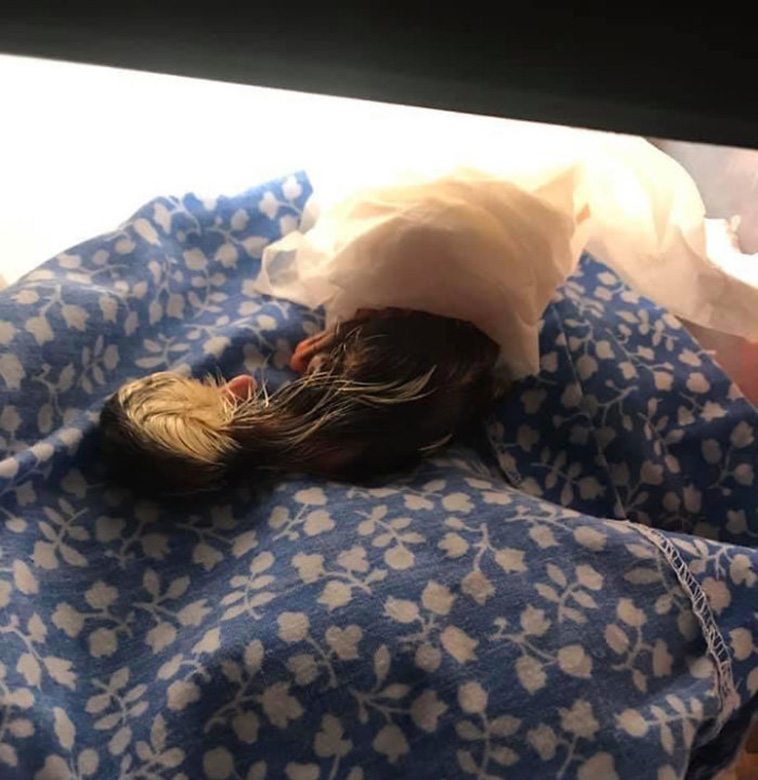 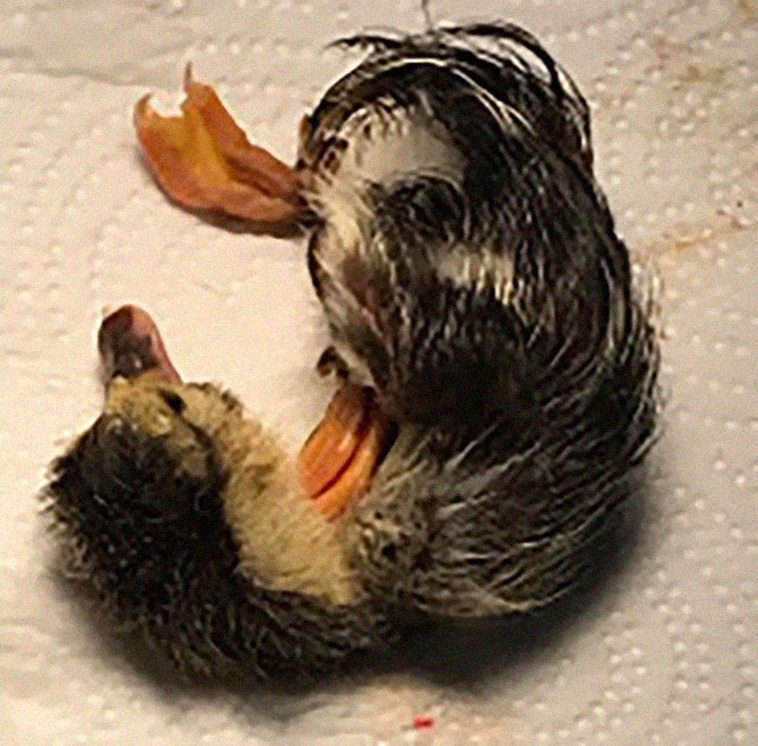 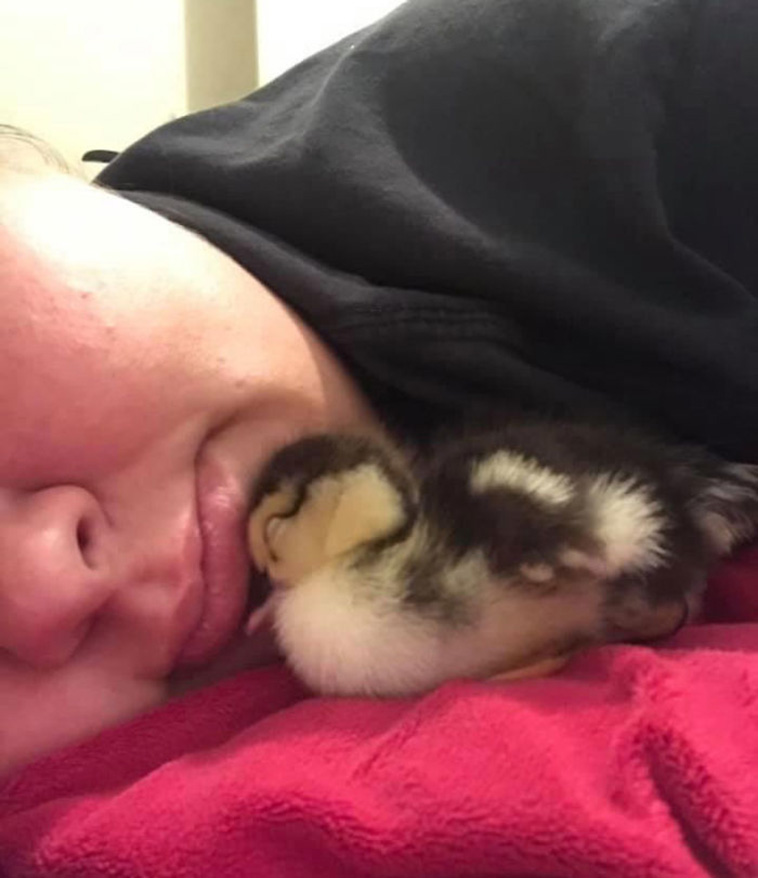 “One day, we woke up and he was walking. Later on, I would let him swim in the tub and mud puddles” 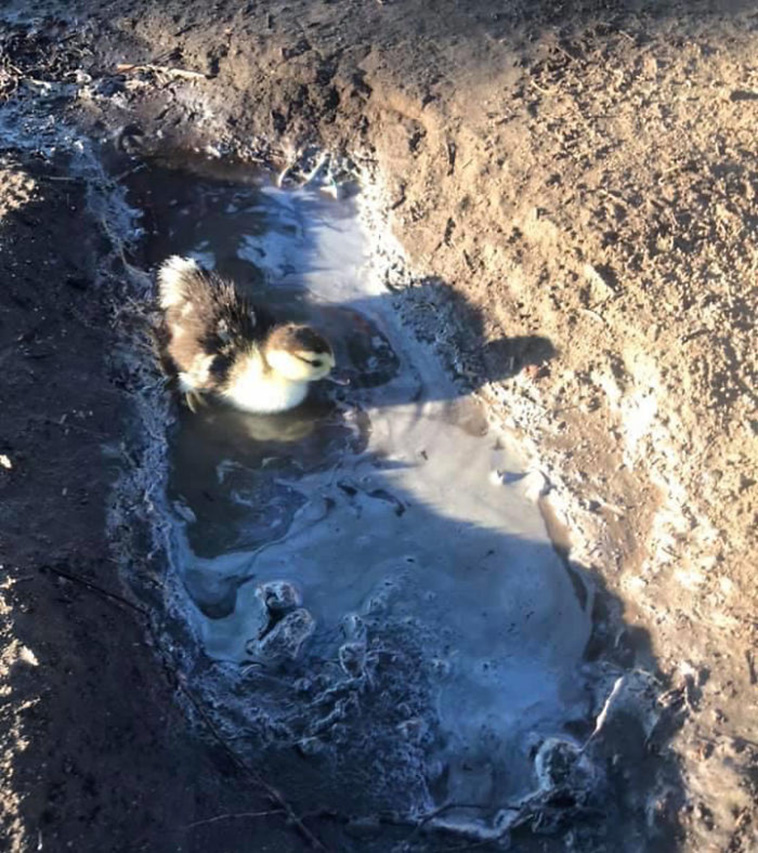 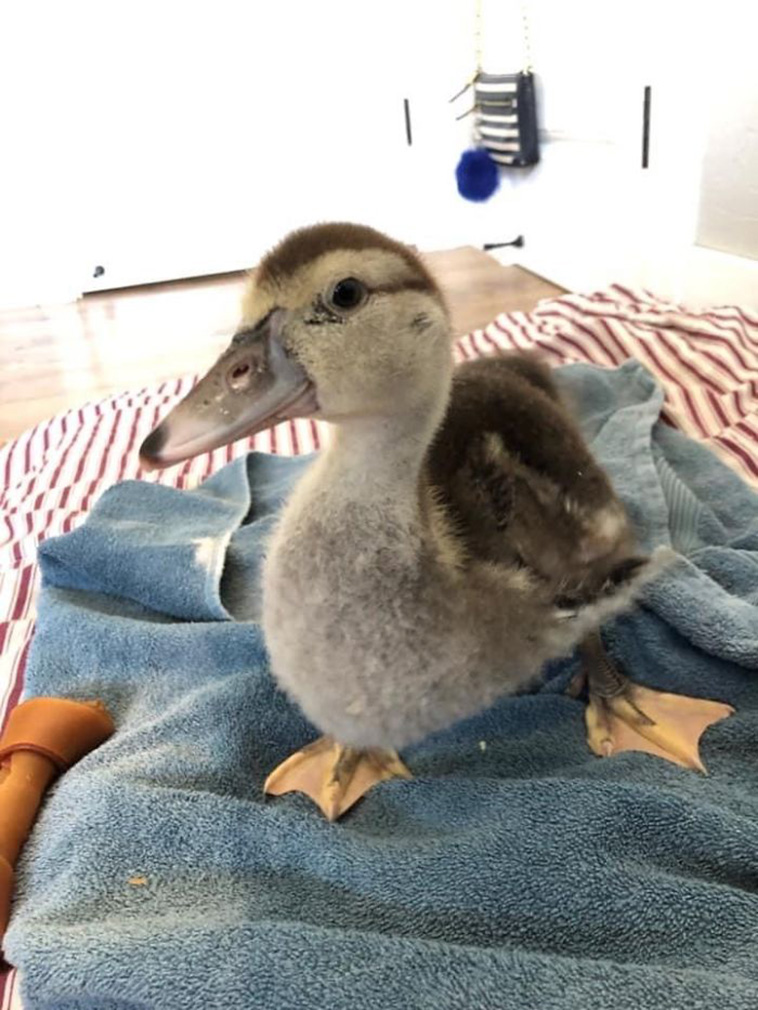 “He would follow me and when he heard my voice, he would lose it and scream. He seemed to know when I left without him because my husband complained that he would sit and cry” 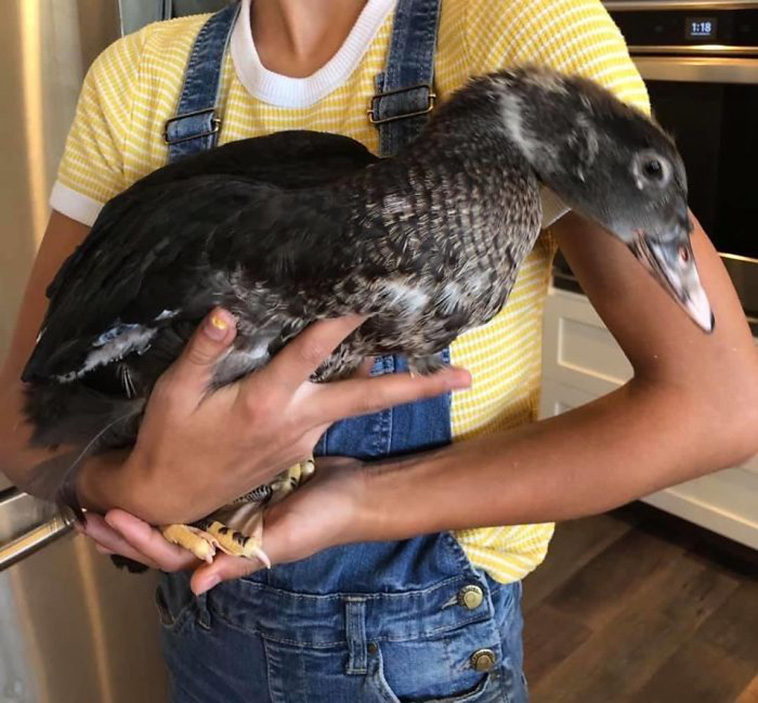 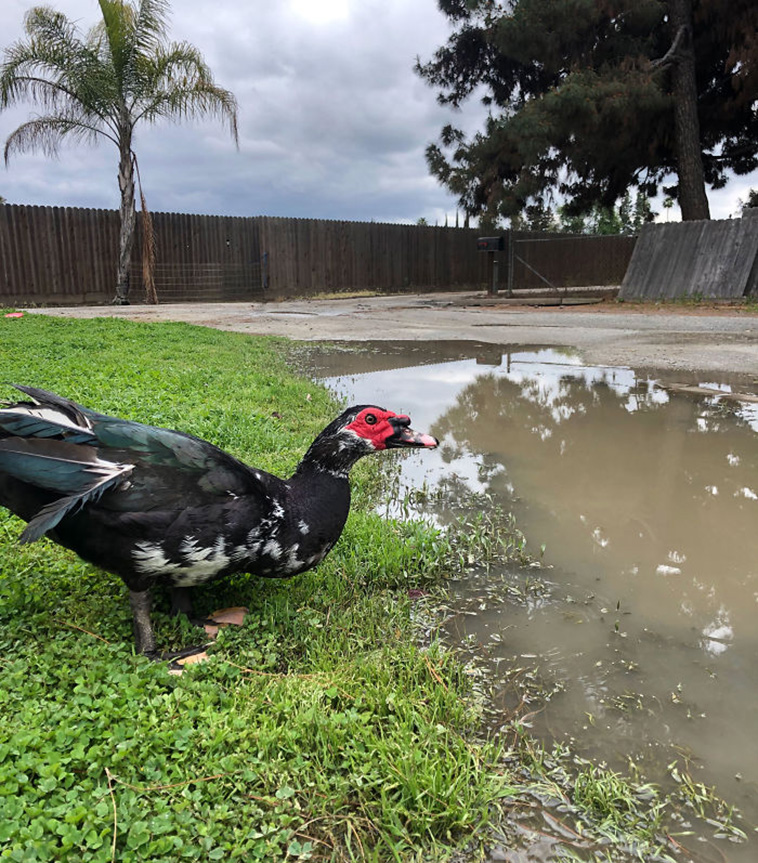 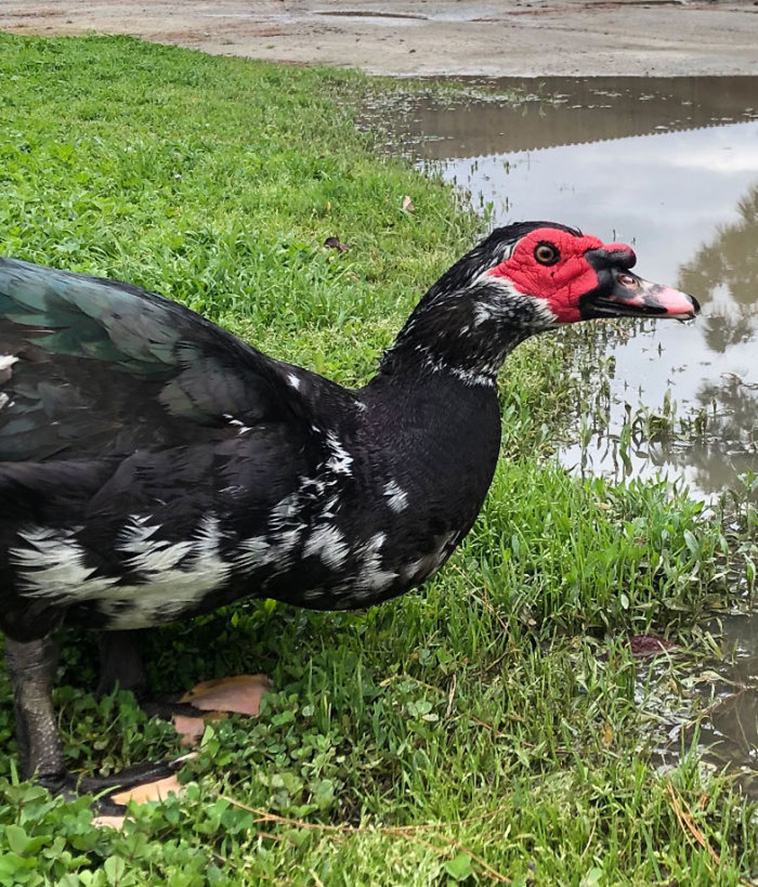