Photographers can encounter extraordinary things sometimes. This is what happens to Brent Cizek, a wildlife photographer living in Minnesota.

It was just an ordinary day for him. He went out to take some pictures after the summer storm. Then, he saw a common merganser. It might sound all-right and common but the thing that was shocking was that she was followed by more than 50 ducklings! He started to take pictures of them and realized that the total number was 76. Cizek named her “Momma Merganser”. 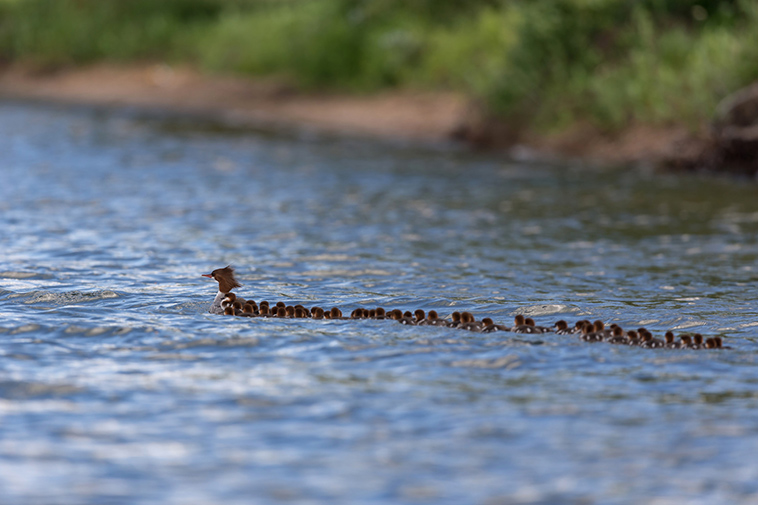 “I happened to find this group of mergansers purely by luck, but I was absolutely amazed by what I saw,” Cizek told. “At the time I didn’t know anything about the species, so I wasn’t sure if what I witnessed was a common occurrence or something out of the ordinary. All I knew was that I had never seen anything like that before.”

It was, in fact, extraordinary. It is known that a female duck can lay only 20 eggs in time, making the scene impossible to be true. Probably several dozen of the ducklings lost their mothers and were adopted into Momma Merganser’s own brood. 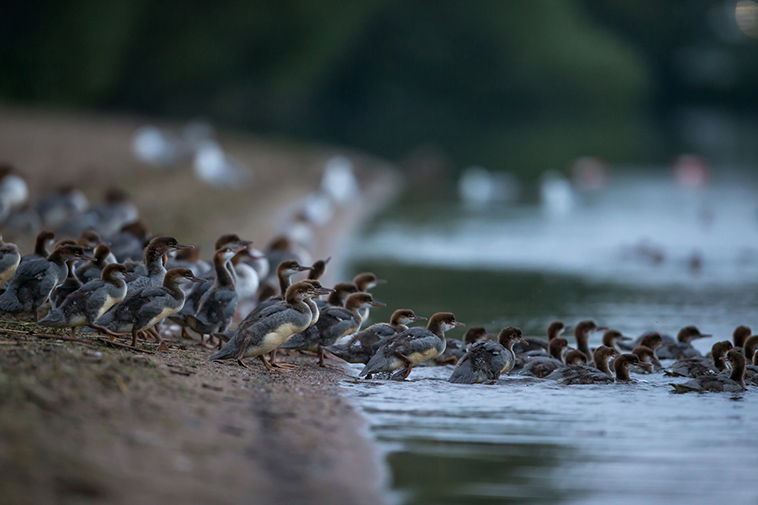 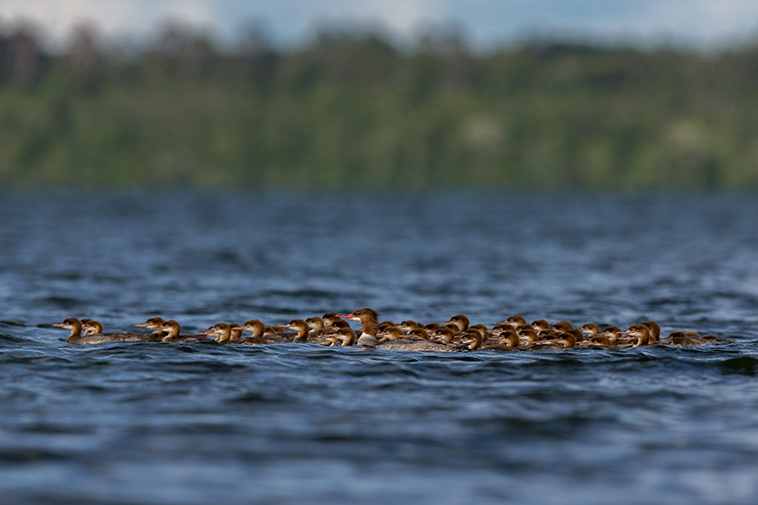