Pictures are important. Some are more important than the others since they are historically important too. However, it is hard for us to conceptualize their reality and importance because they are not colorful, making them seem fictional or as never happened. Marina Amaral, a talented photoshopper is about the change that.

Amaral liked using Photoshop since she was 10 but one thing changed her use of this program. While she was surfing on the Internet in 2015, she saw colored pictures of World War I and immediately inspired. With the help of her interest in history, she began to do colorizations of the historical photographs. She is careful of her color choices; she does extensive research to find the right color to make the scene as much realistic as once it was.

She explains “Each photo is made to be realistic by recognizing the value behind each one of them, respecting and preserving their stories, paying attention to the finer details and maintaining their original essence. Every completed work has gone through long and in-depth research, and is supported by the opinions of experts in each particular area if necessary, to faithfully reproduce the original colors and atmosphere.”

She adds “My work ranges from simple portraits to complex and detailed images, taken from various historical periods covering a wide range of topics.”

1. Ruby Bridges, Escorted By US Marshals To Attend An All-White School, 1960 4. A Photographer Uses His Own Backdrop To Mask Poland’s World War II Ruins While Shooting A Portrait In Warsaw In November 1946

5. Lewis Powell. He Was A Conspirator With John Wilkes Booth, Who Assassinated President Abraham Lincoln 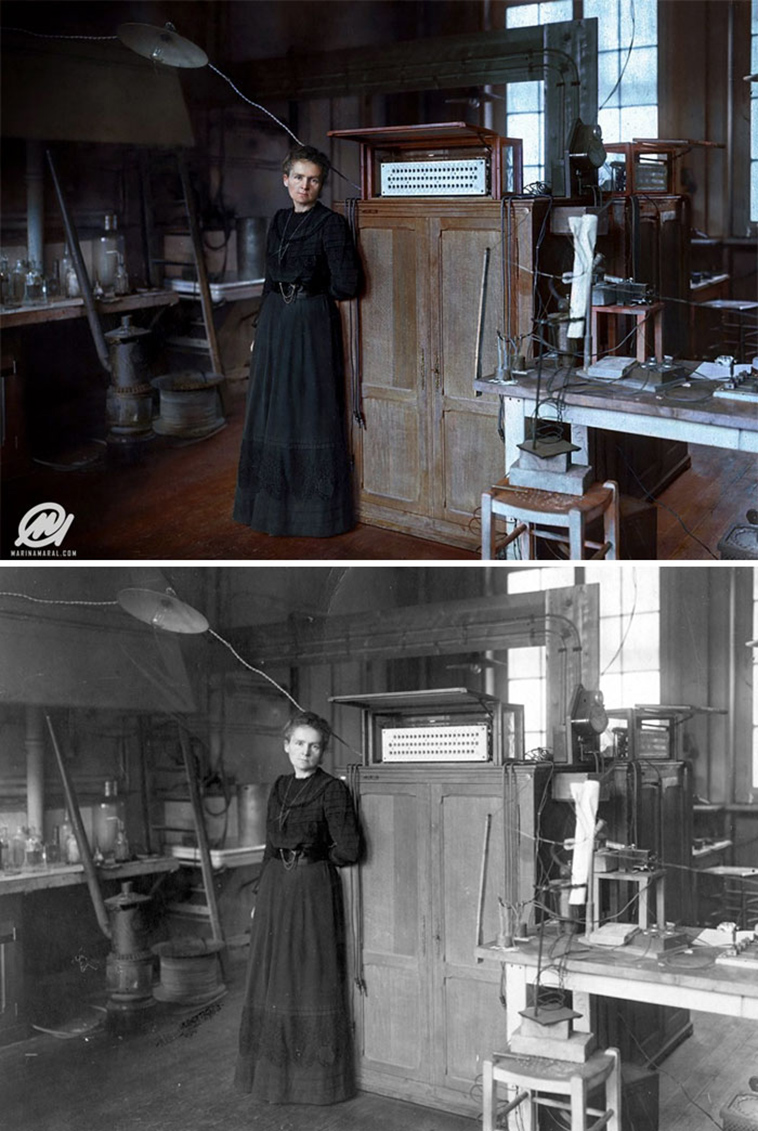