Dusja is a homeless kitten who used to walk around in search for food, water and shelter. One day while wandering at St. Petersburg Leningradsky Zoo into the lynx habitat, she found a lifetime friend named Linda.Linda is a lynx. Lynx is a four-legged animal belongs to the Lynx genus of wild cats.  Wild cats are medium-sized animal with short tail and long whiskers on the face. If you are going to check Linda’s paws, it was padded, so that she can walk on snow during winter time. Historically, lynx originated in Middle English which is popularly known as jungle cat or desert lynx. 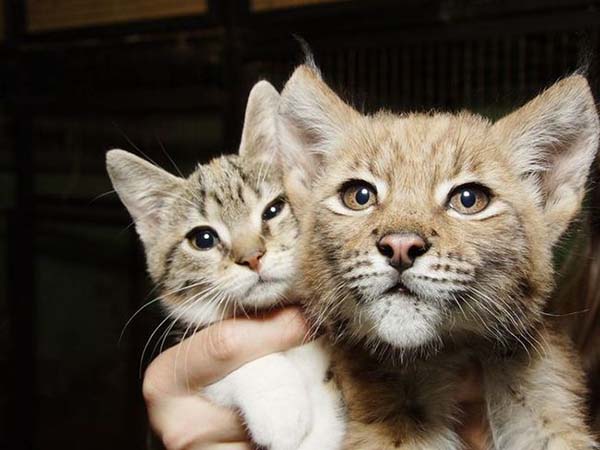 Linda’s body color quite resembles to Dusja, but if you look at it carefully, Linda has medium brown color with dark brown spots most especially on the limbs. When you look at her body color, she has white fur on her bellies, inside her legs, and on her chest. Dusja might be intrigued with the dotted brown color of Linda and tried to compare it with her black upper body, brown color on side, and white lower body color. In terms of their fur and paws, Dusja has shorter fur length and small paw size which are less padded. 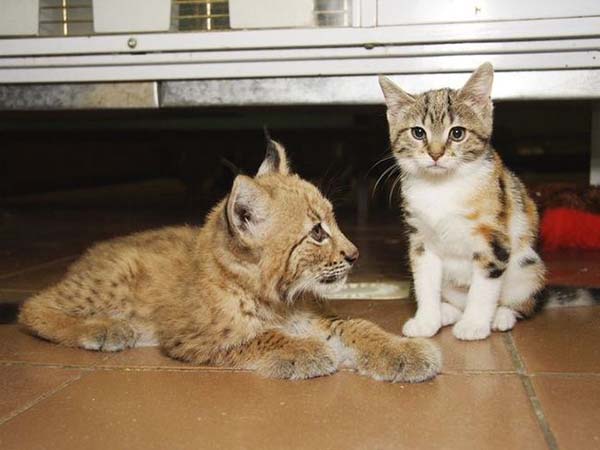 The nature of lynx is usually solitary just like Dusja, the kitten. It’s so amazing that Linda gives her time to become close to Dusja despite of their family background. In spite of being a small domestic cat , Dusja took the courage to befriend of Linda, the lynx. The two should not suppose to become friends at all, but under rare circumstances, Dusja and Linda became great friends in just a short span of time. It only shows that individual differences don’t matter. Dusja   and Linda is a good example of true friendship that ever happened to the feline family. Despite of their size and species, they developed a strong bond that no one can destroy. 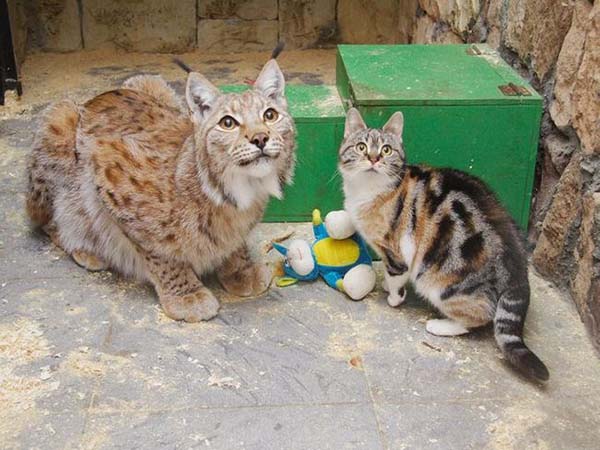 Living Together As BFF

The St. Petersburg Leningradsky Zoo staff decided to let the brave yet friendly kitten to stay in Linda’s habitat.  The staffs were amused with the great friendship that has been developed between the two feline. As time passes by, Linda and Dusja are still inseparable. They shared their food, toys, and habitat. Though they are fully grown now, the size remained a huge difference, but it doesn’t affect their close relationship as BFFR (best friend forever for real). 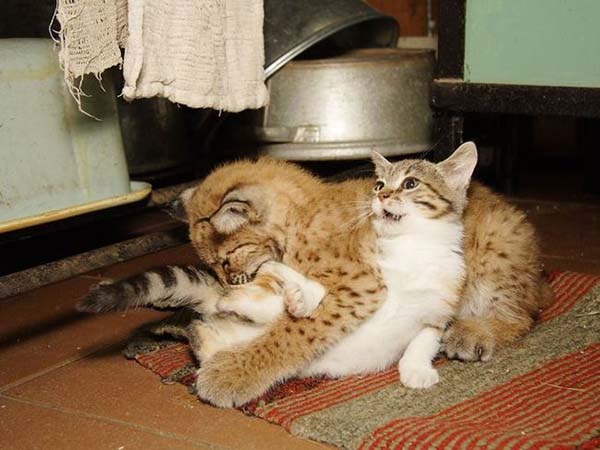 Animals that belong to the Felidae family are known as solitary hunters and carnivorous mammal. They have the ability to hunt vermin and household pests. Felids have quick reflexes, sharp claws, strong teeth adapted to kill small prey, and flexible bodies. One of the most popular felids that people commonly know is cat (Felis catus). Dusja , the kitten is a domestic cat that belongs to the genus Felis and Linda, the lynx is probably a jungle cat (Felis chaus). As compared to Dusja, Linda is a more skilled hunter that makes use of superb hearing and eyesight, too strong to capture a mouse spotted for about 75 meters away. 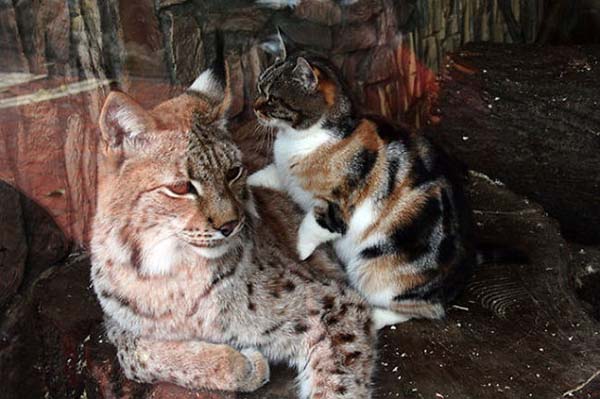 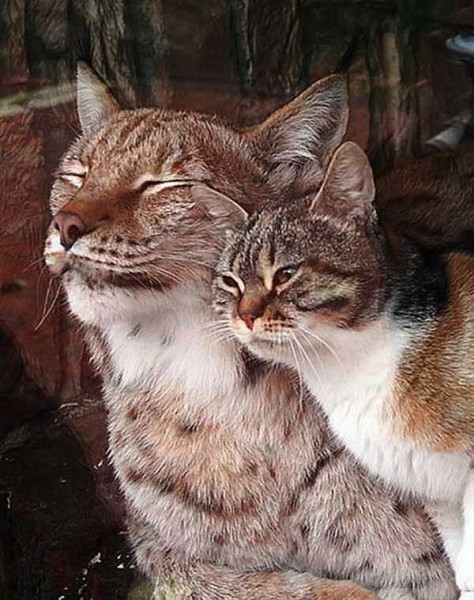