At a quick glance, it’s easy to assume that Cal Okono is nothing more than a huge limescale wall found in the centre of a quarry near Sucre, the capital city of Bolivia. Measuring an incredible 1.5km in length and close to 400 ft in height, the imposing landmark is situated entirely within a quarry, yet showcases life from 68 million years ago. This is because the sheer face of the limestone formation has hundreds of dinosaur tracks still visible today! Formed during the Maastrichtian Age of the cretaceous period in the mesozoic era, there are believed to be 462 tracks from eight different dinosaur species. This totals at over 5,000 dinosaur footprints! 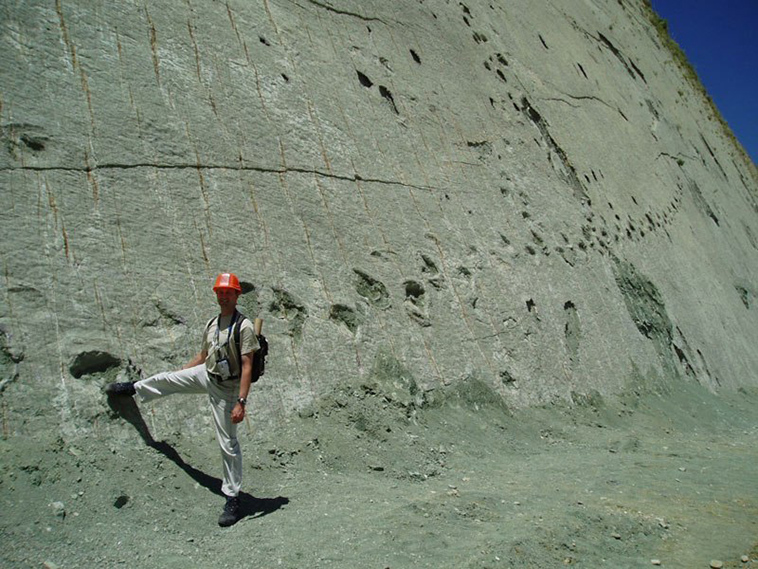 But how exactly do 68 million-year-old dinosaur footprints end up on the side of a limestone formation in the middle of a Bolivian quarry? As explained by Ian Belcher in an interview with the Guardian:

“It was unique climate fluctuations that made the region a palaeontological honey pot. The creatures’ feet sank into the soft shoreline in warm damp weather, leaving marks that were solidified by later periods of drought. 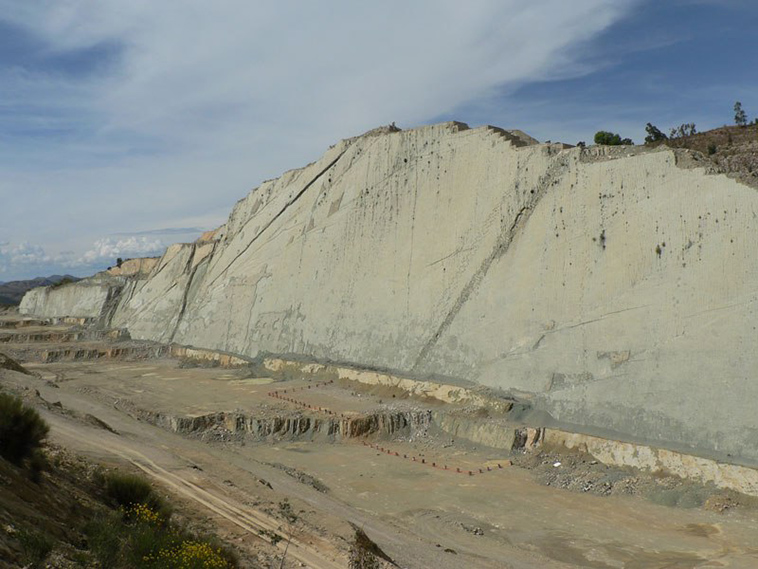 “Wet weather then returned, sealing the prints below mud and sediment. The wet-dry pattern was repeated seven times, preserving multiple layers of prints. The cherry on the cake was added when tectonic activity pushed the flat ground up to a brilliant viewing angle – as if nature was aware of its tourism potential.” 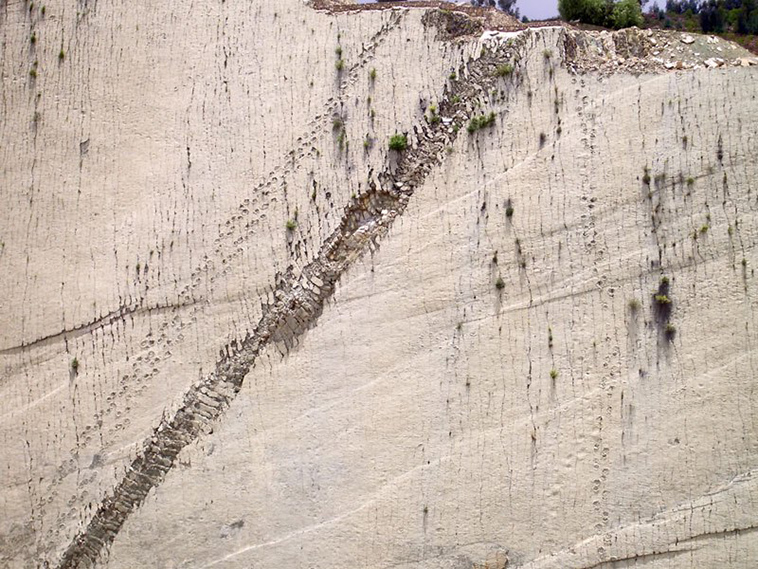 It remains a popular tourist destination, being ideally located to Bolivia’s capital city Sucre. There is even a dinosaur museum located nearby to Cal Oko, which provides a stunning view of the formation from a viewing platform. 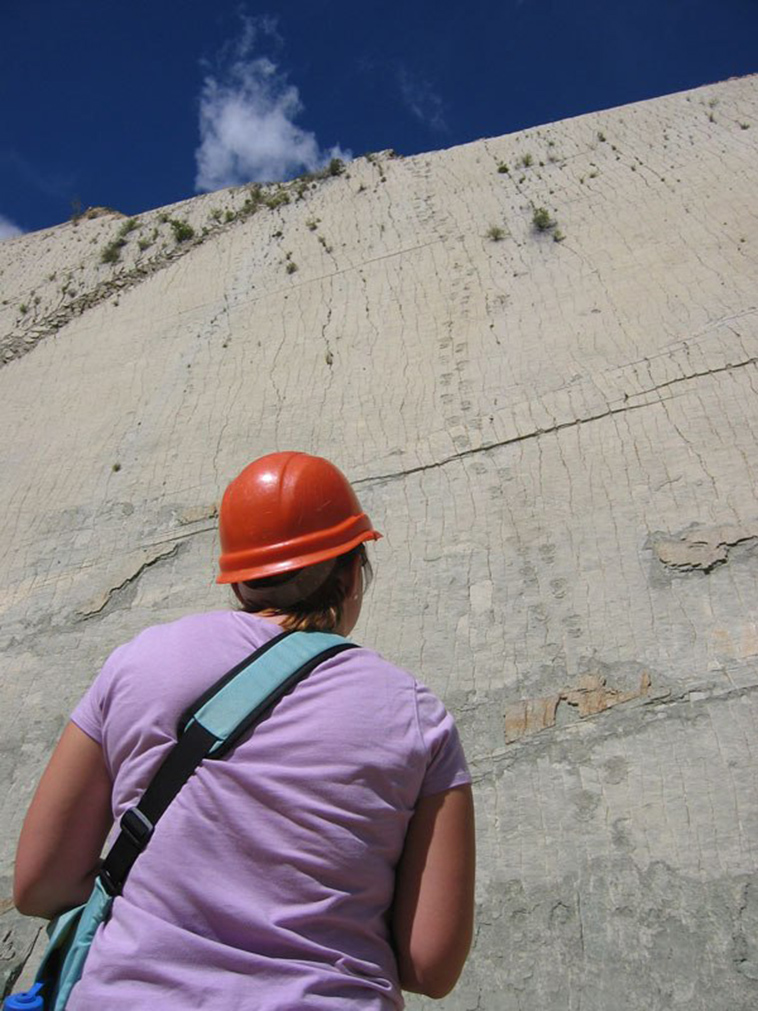 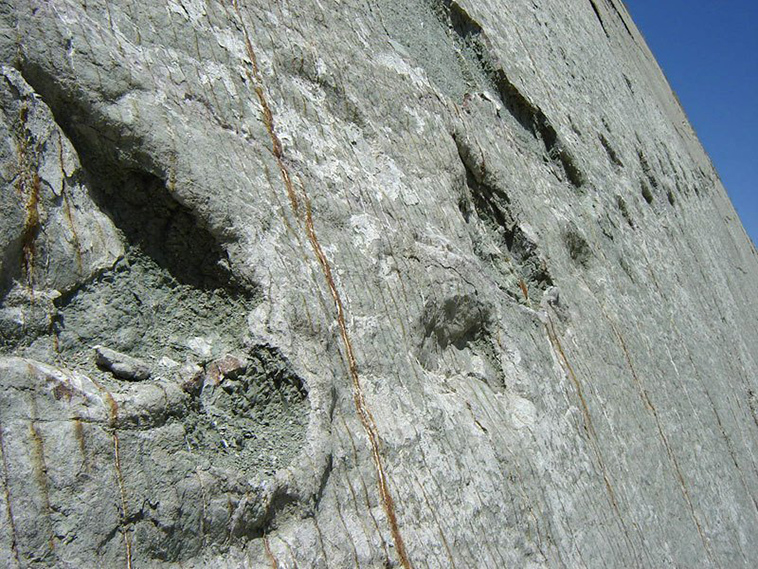 The footprints belong to a variety of species and have given archaeologists more insight of the life of dinosaurs living towards the end of the cretaceous period. This includes the trail of a baby T-rex, which was lovingly named Johnny Walker, whose tracks cover a distance starching over 1200 ft. 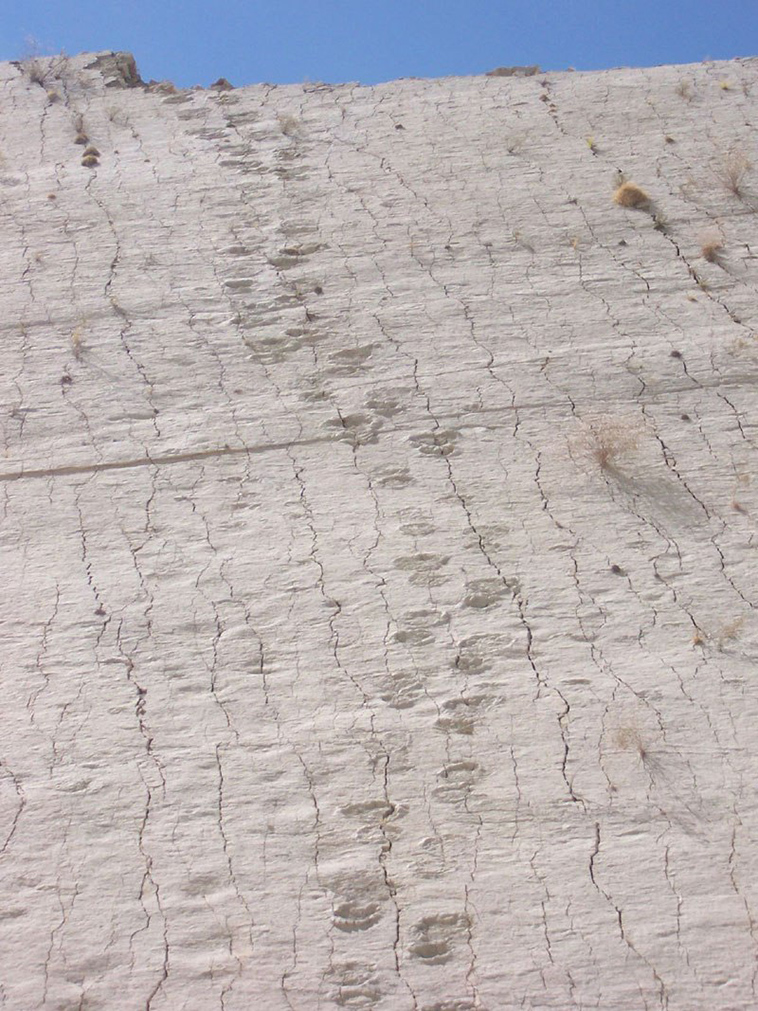 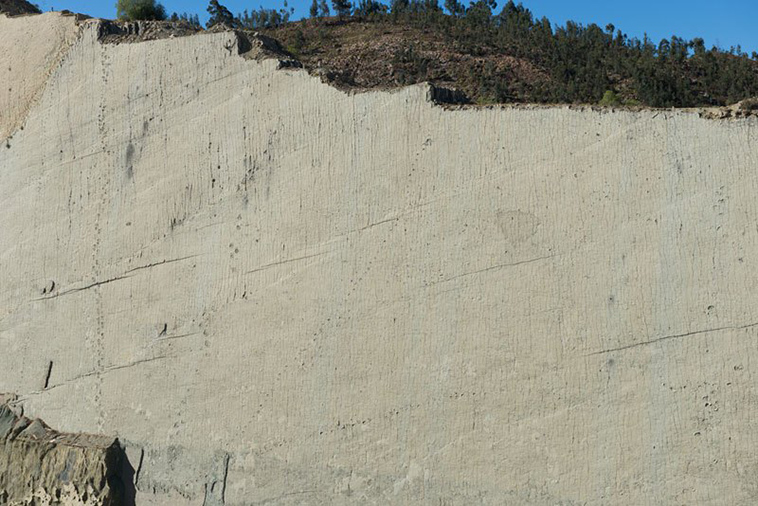 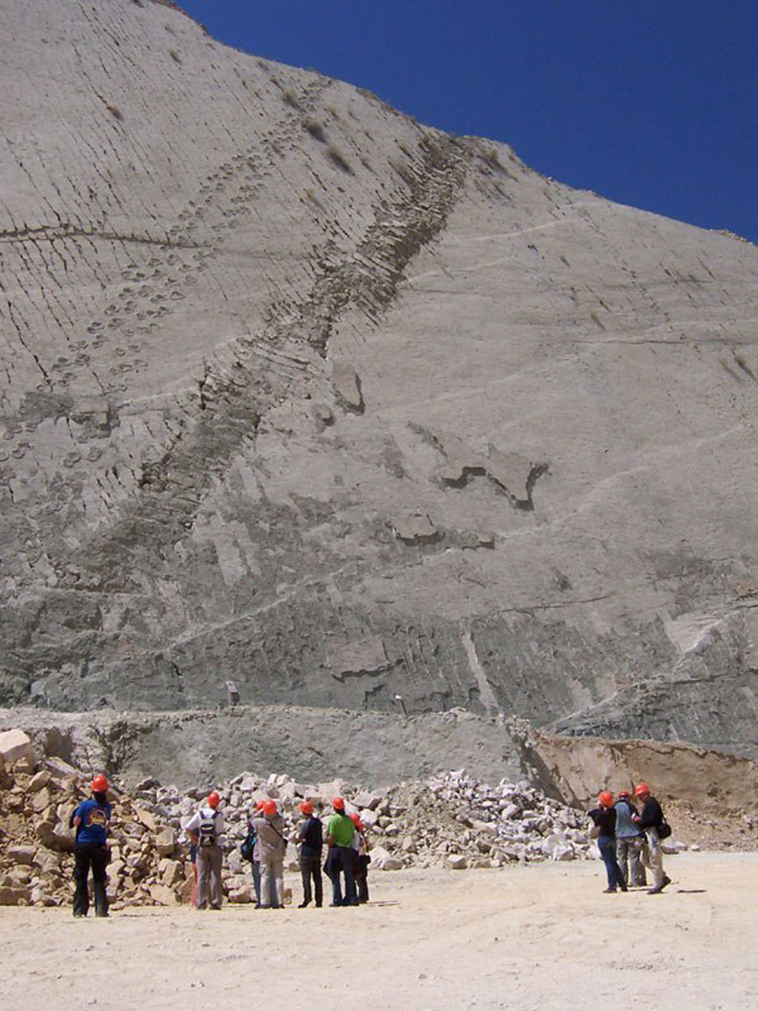