Youri Cansell aka Mantra is a consummate artist and naturalist. While equally adept at painting humans as animals, Mantra is especially fascinated by entomology, the world of insects. Mining memories of his childhood garden in France, he now paints exquisite murals, often of moths and butterflies, on urban surfaces where these ephemeral beings are seldom seen in the wild.

The multitude of butterflies depicted have become almost extinct in recent decades, a phenomenon directly connected to increased pollution and climate change. 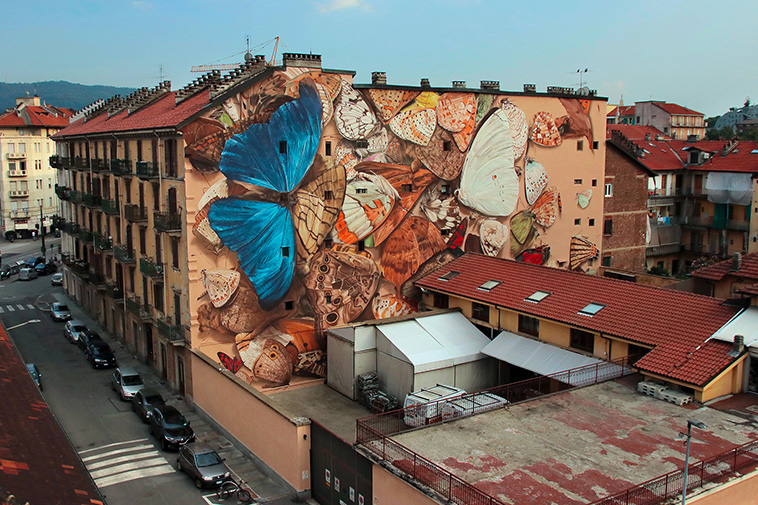 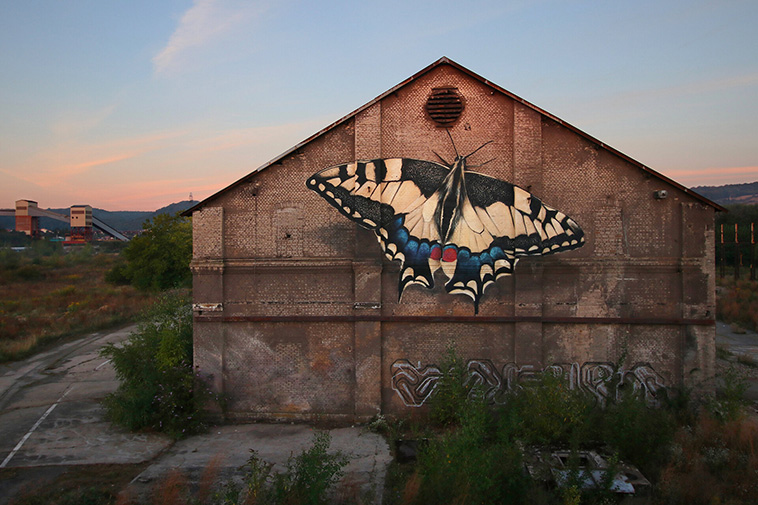 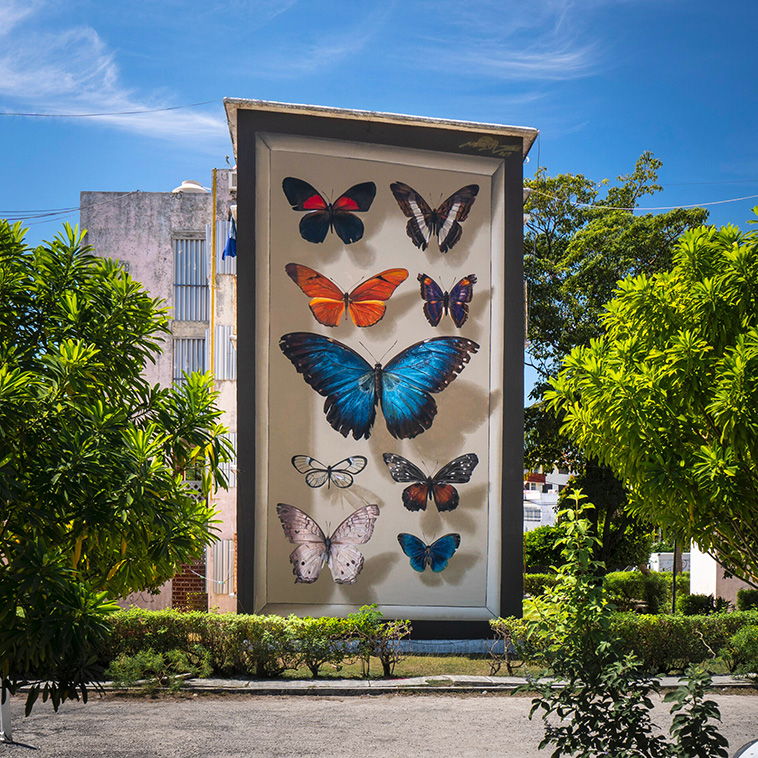 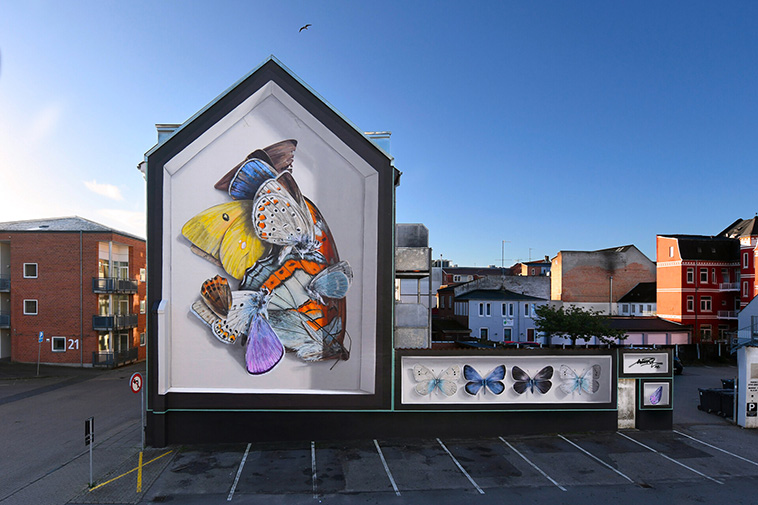 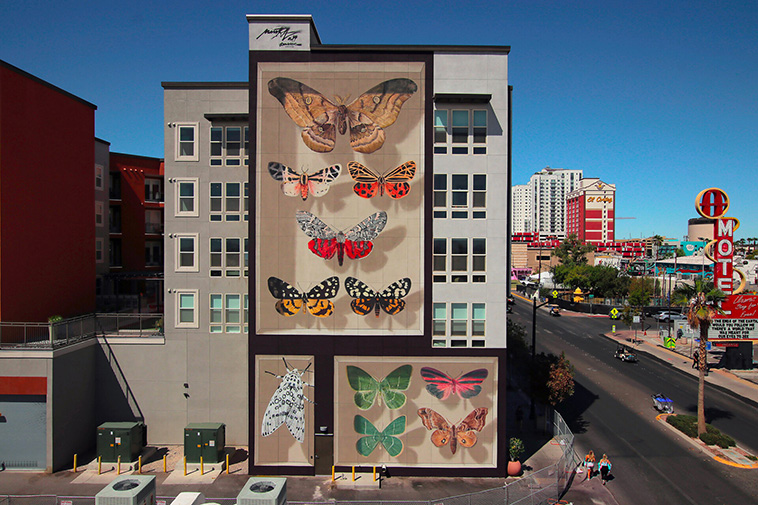 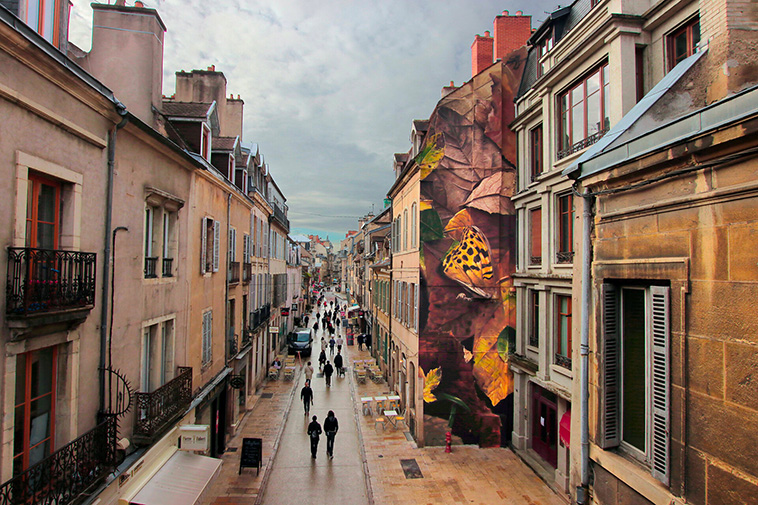 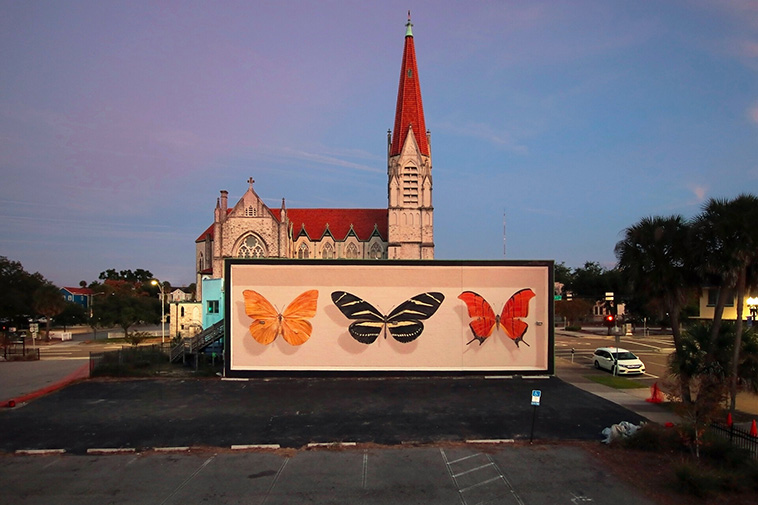 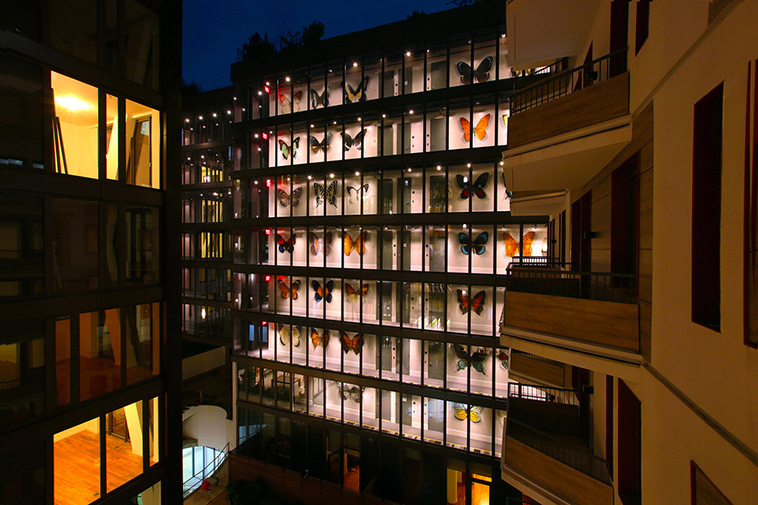 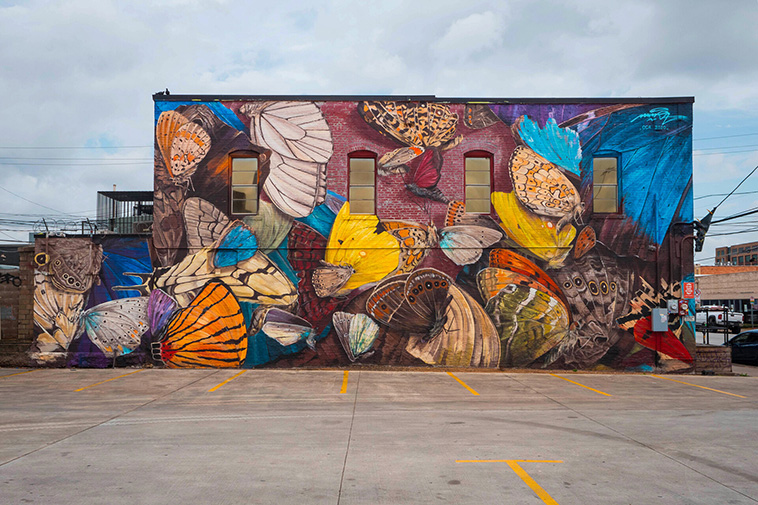 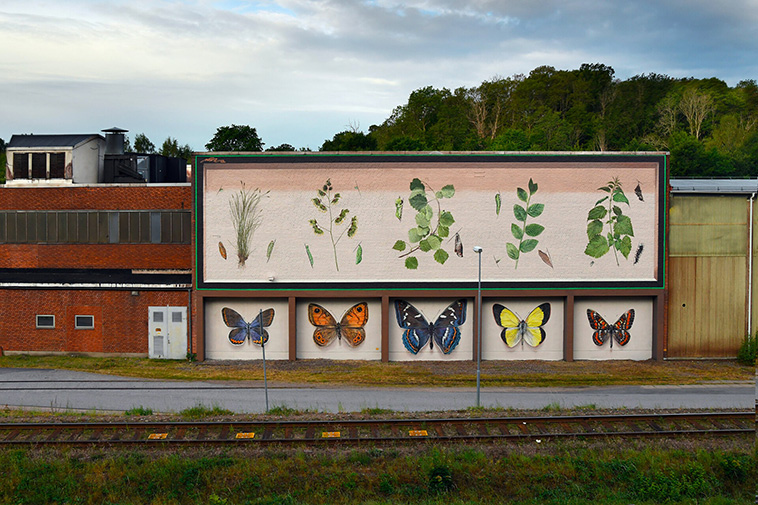 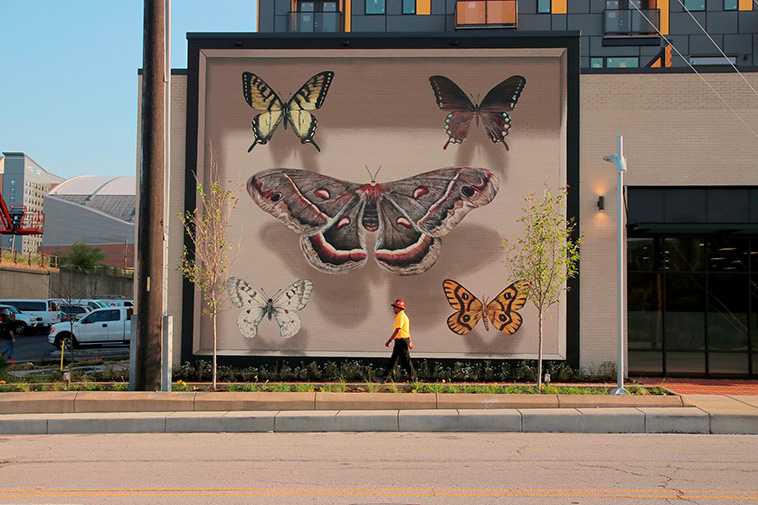 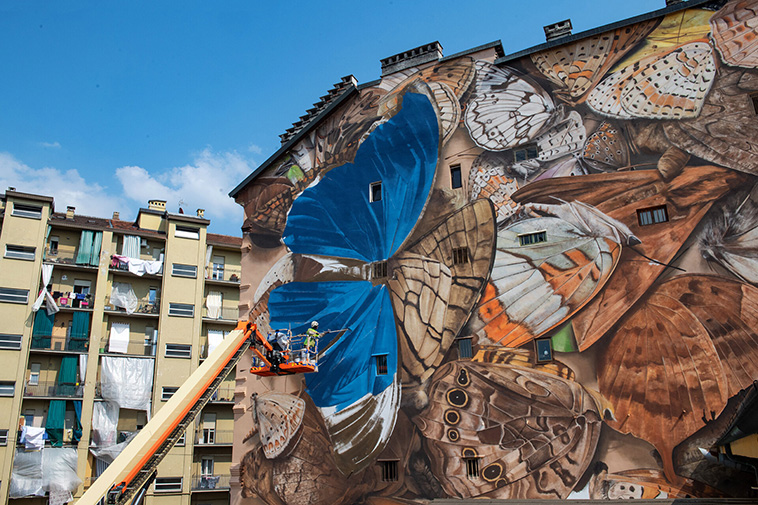