The mountain bluebird is a medium-sized bird weighing about 30g with a length from 16–20cm. Mountain bluebirds can be found in much of the western United States and Canada, especially during the breeding season. 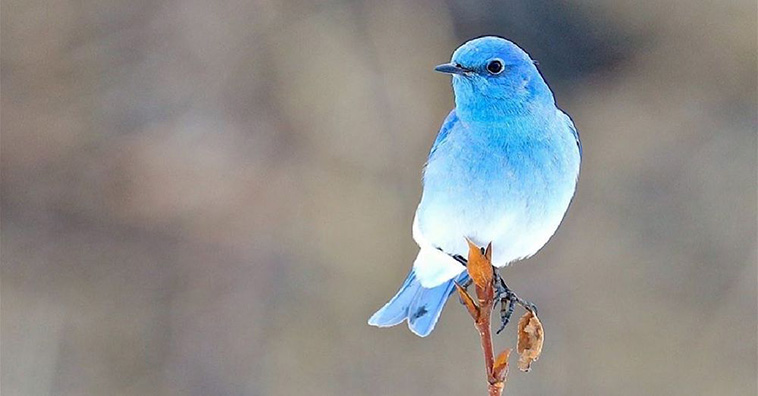 Look how bright he is, and so fluffy with his winter down. 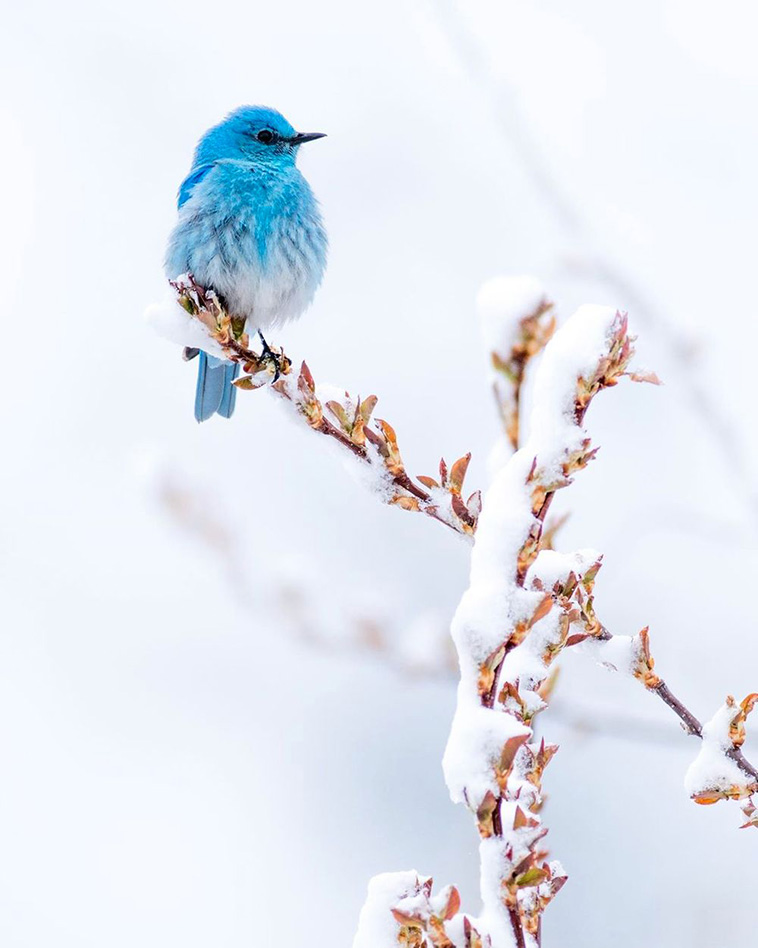 The mountain bluebird is a relative of the eastern and western bluebirds. 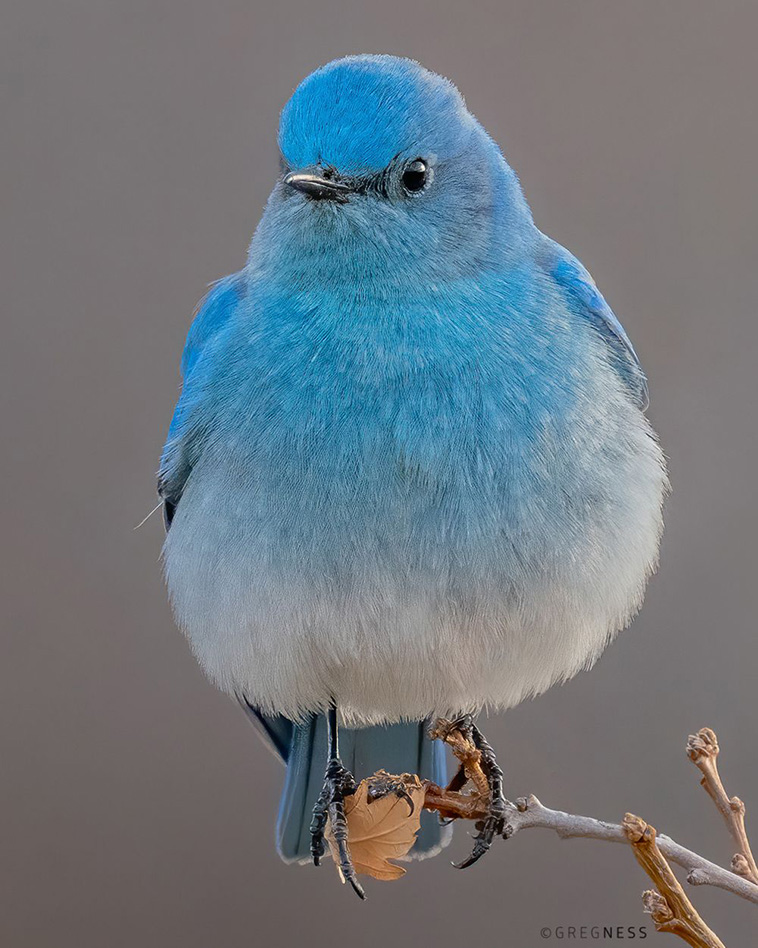 For a while in the 20th century, the population was in decline, but it has managed to bounce back a bit. 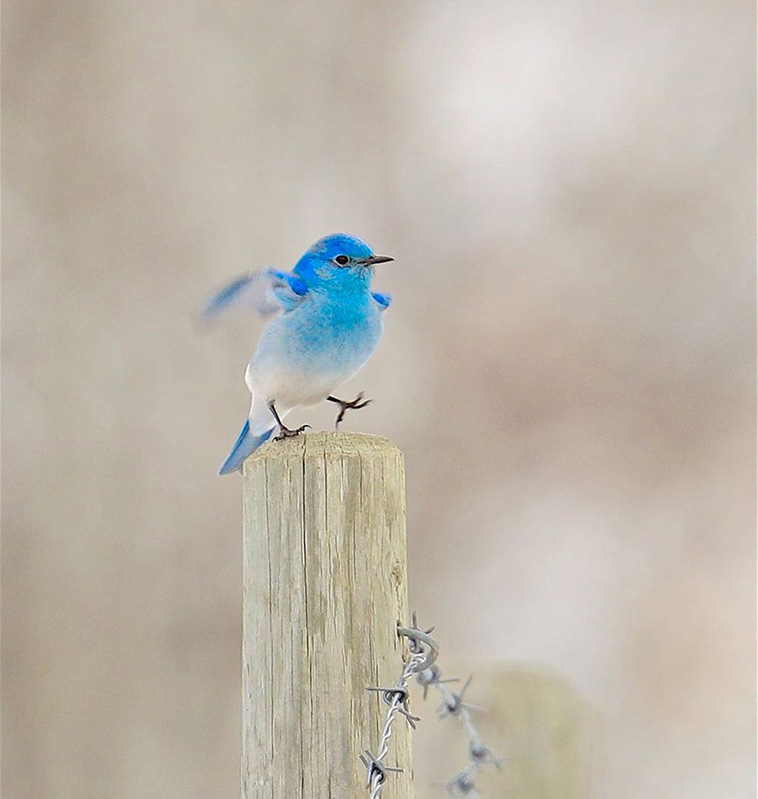 They are said to be aggressive birds, they have rights, look at this little one! 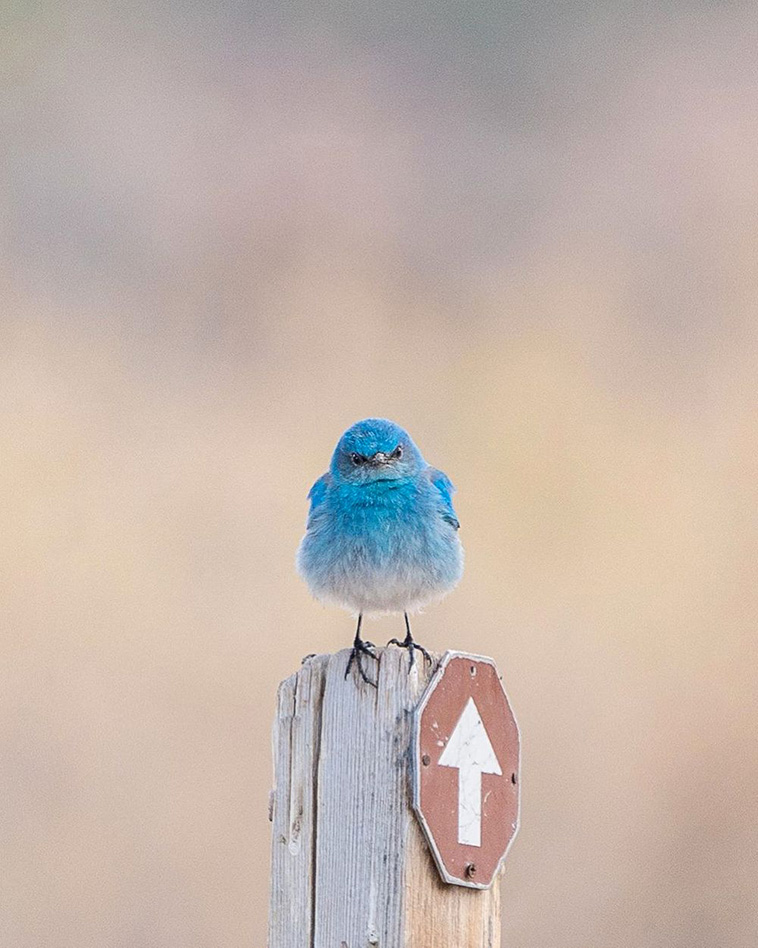