Tania Katan, the curator of code at the software development company Axosoft, has thought of an intriguing way of getting more women into the tech industry – which isn’t famous for its female dominated presence. This way is well, unique.

To change people’s perceptions, it is necessary to take something that people see every day, and then show it to them in a different way – a way that makes them question their assumptions about the world as a whole. That is what Tania Katan is attempting to do with her “It was never a dress” campaign.

So what is the campaign? It’s a redrawing of a design we are all familiar with – the sign that points the way to a female’s bathroom. A stick figure traditionally thought to be the silhouette of a woman wearing a dress – Katan has redrawn in full colour so that it appears as a woman wearing a superhero costume – stating, “It was never a dress.”  itwasneveradress.com | Facebook | Twitter 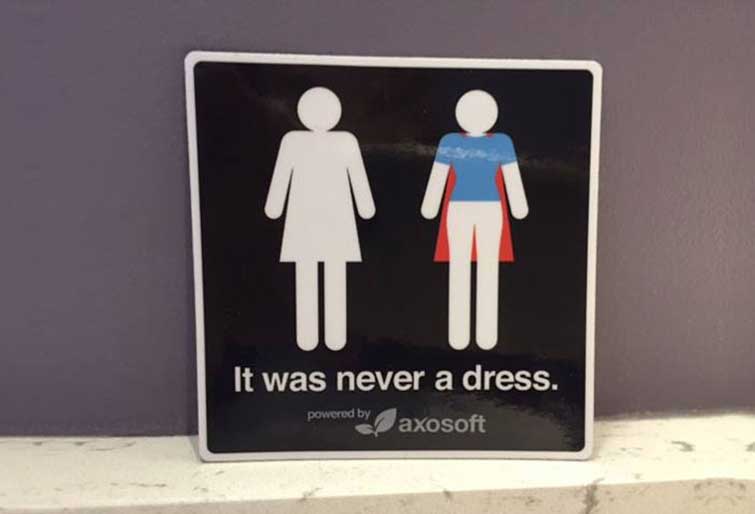 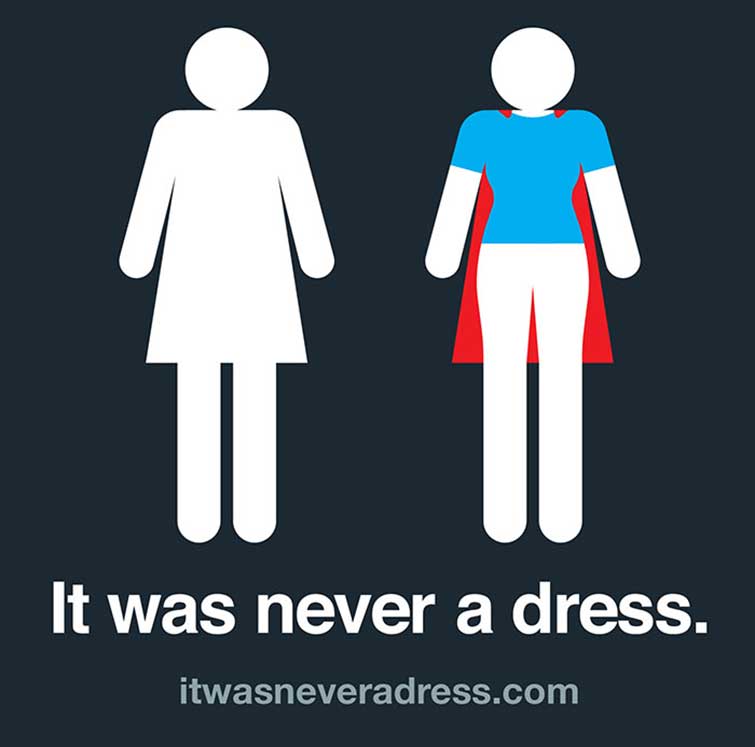 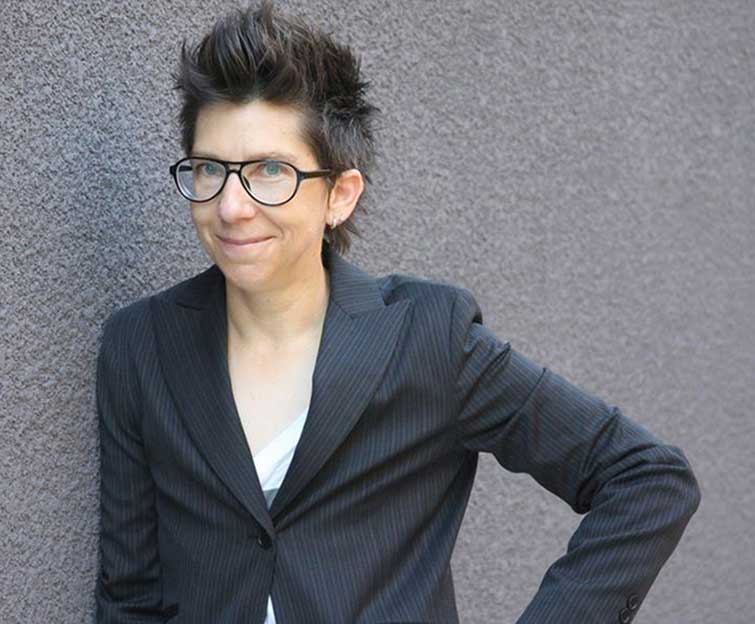 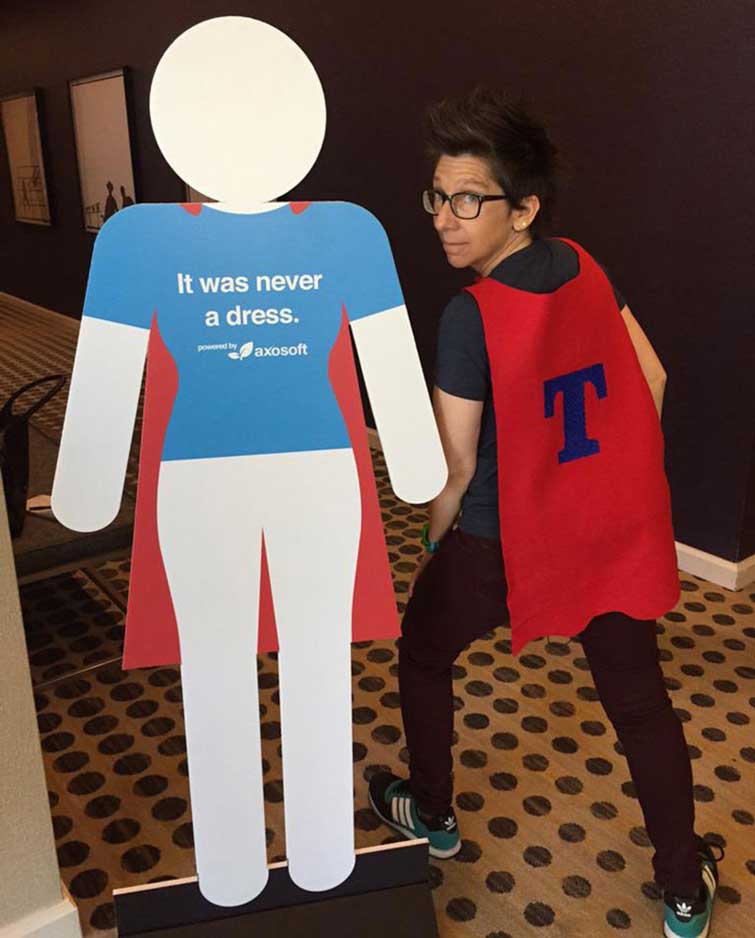 “In science, technology, arts, mathematics, politics, houses of worship, on the streets, and in our homes, insightful women are often uninvited, overlooked, or just plain dismissed” 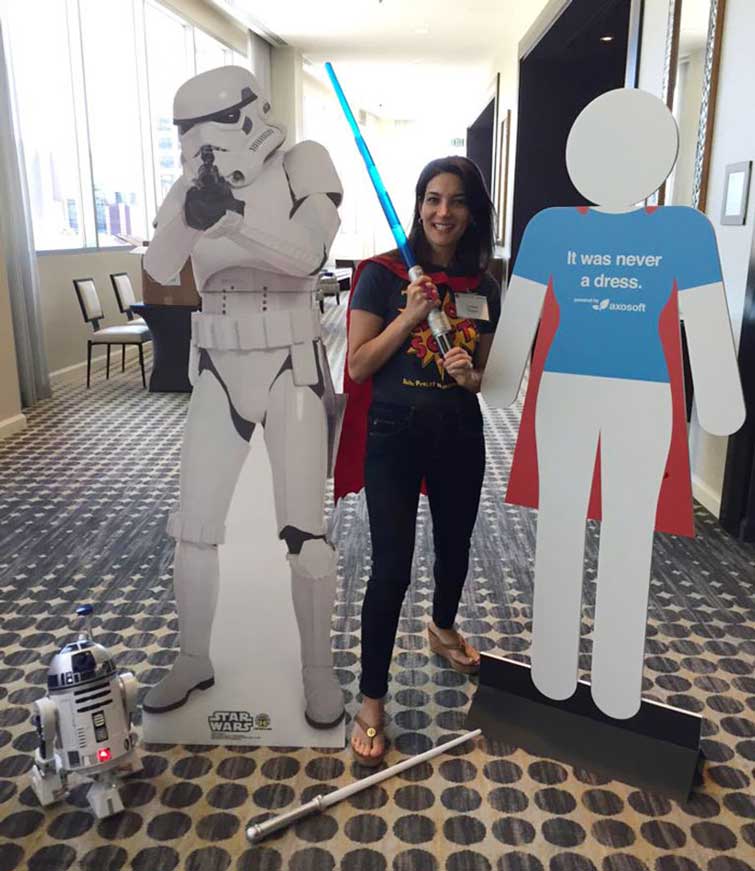 “It Was Never a Dress will foster necessary conversations, vital voices, and images from around the world that honor ALL women. When we see women differently… we see the world differently!” 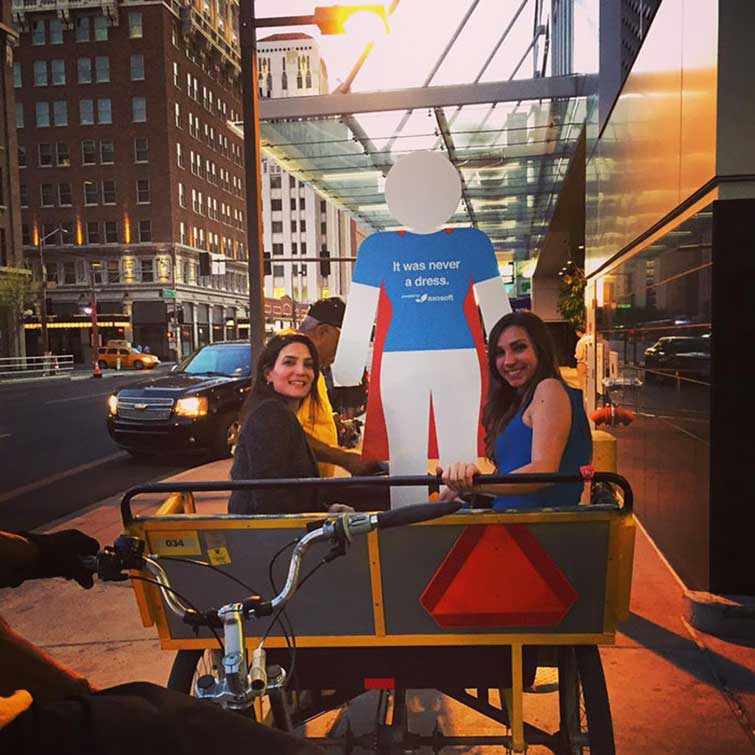