Gabi Shull is a 15-year-old who enjoys the life of a typical teenager. She has a deep love for dancing, and likes roller-blading and ice-skating with her friends. Yet unlike a typical teenager, she does this all with a prosthetic leg!

At only 9-years-old, Gabi was diagnosed with a form of bone cancer known as osteosarcoma. It affected her knee, meaning she had to get the affected area amputated. It was a traumatic time for such a young girl, especially after she thought she would never be able to dance again.

That wasn’t to the case however, as she decided to get a new form of surgery known as rotationplasty. As explained by Gabi in a Youtube video, “they took my lower leg and foot, twisted it 180 degrees backwards, and attached it to my thigh.”

As you can see, that is actually Gabi’s foot facing the opposite direction on her affected leg. This is all part of the procedure, which allows her to control the nerves and muscles in her foot, meaning she can use it to move her attached prosthetic.

Her mother Debbie couldn’t be happier with the results.

“This is everything she would have done if she had not had cancer,” her mother told Cosmopolitan. “She’s just living her life as if this didn’t happen.”

She can even dance en pointe through by using a specially designed shoe that attached to her prosthesis. “She is a determined kid and none of us view her as disabled. At times we forget that she has the prosthetic.” Debbie explains.

At age 9, Gabi Shull had her knee amputated due to bone cancer. 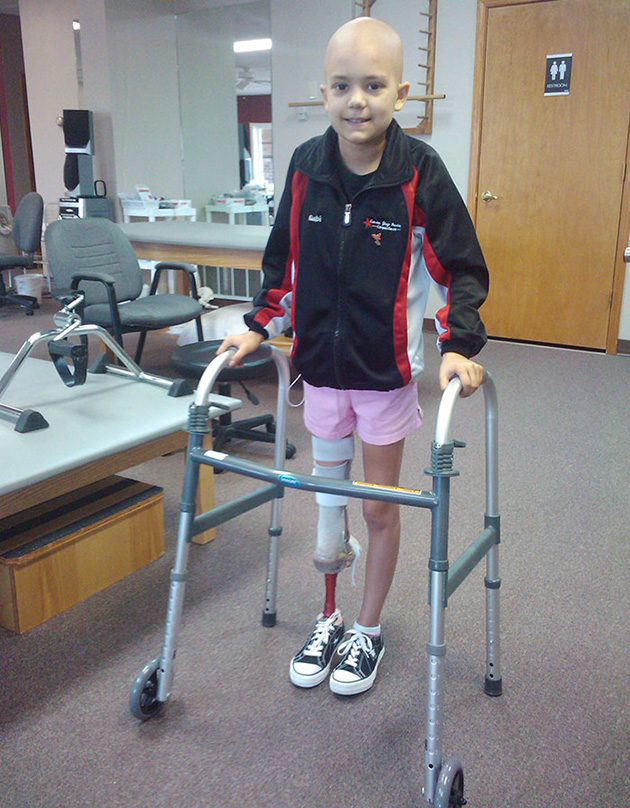 Thanks to a revolutionary surgery, Gabi is dancing again! 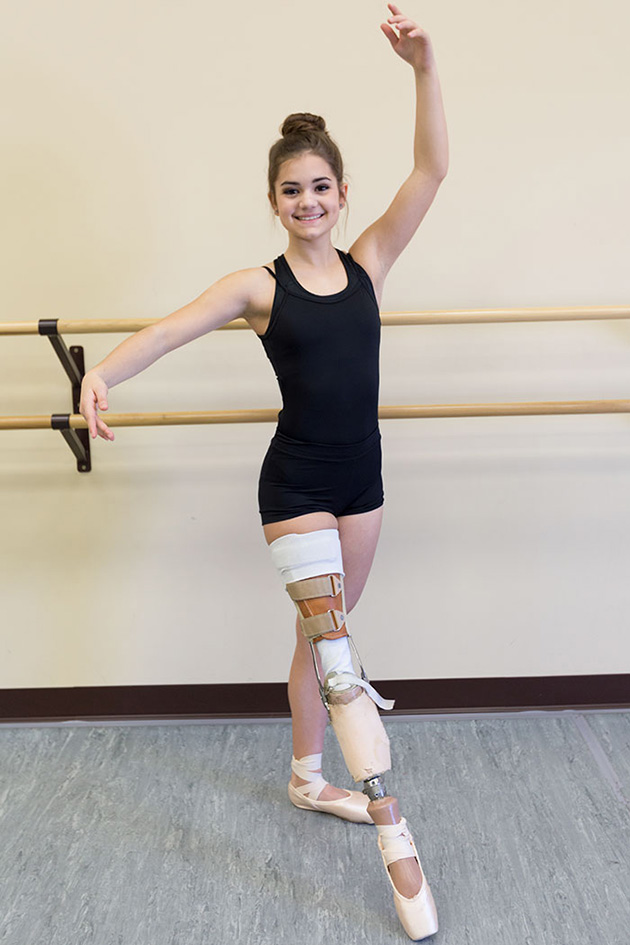 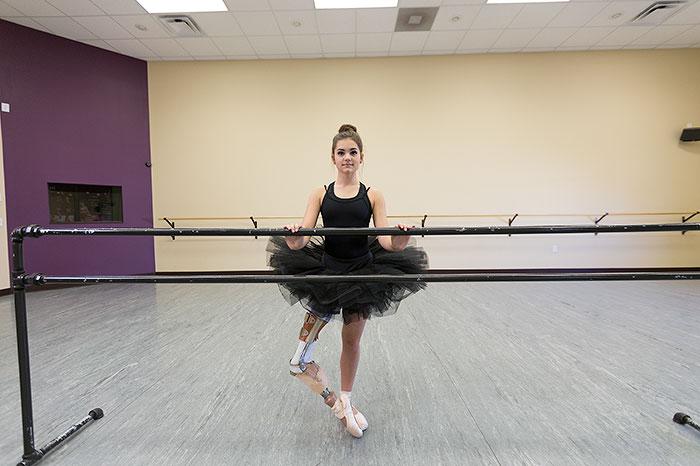 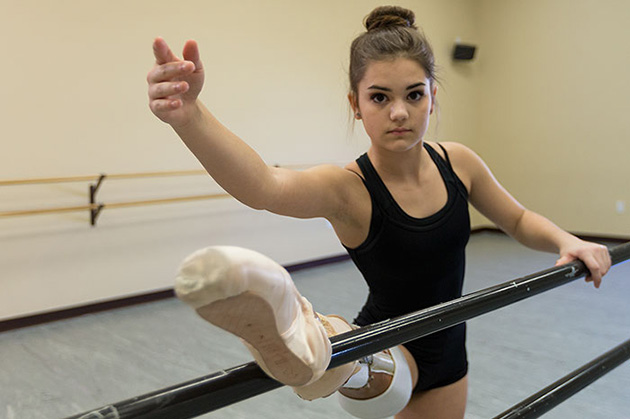