An artist from Spain named Alicia Martin has created an unusual sculpture which features a whirlwind of books pouring out from the side window of a building. It can almost be described as a tornado of books which starts from the window and ends on the street down below. This magnificent sculpture can be found in Madrid at the Casa de America.

Alicia used roughly 5,000 books to create this sculpture. Its massive size outside has obviously attracted people to want to see it. The books appear like they’re defying gravity because their pages and covers blow in the wind while the books themselves stay in the same place. Alicia was able to achieve this by creating a sturdy core which the books are attached to. But the people on the outside cannot see the core because it is covered with all the books. So, it creates the illusion that they are floating statically. 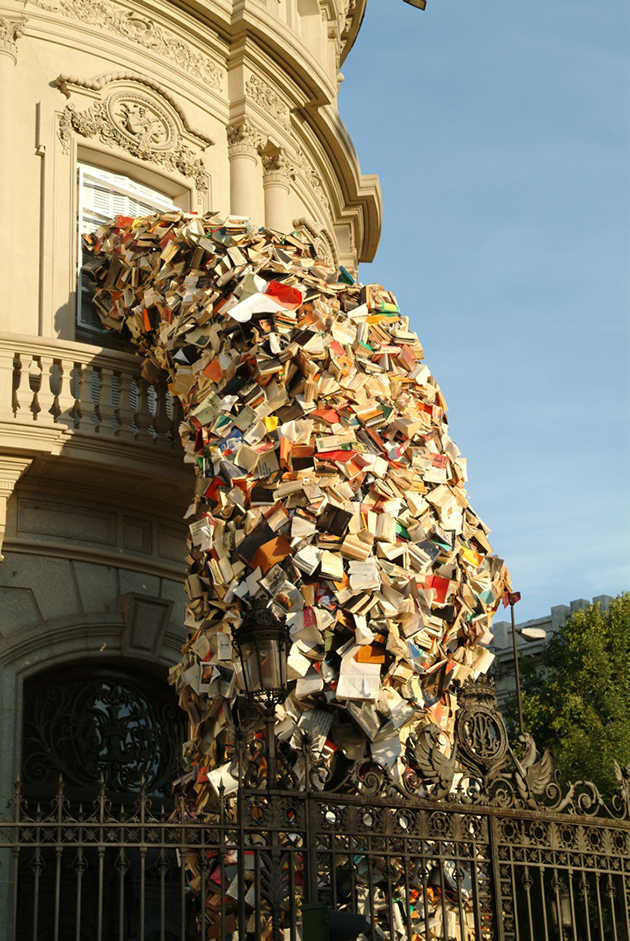 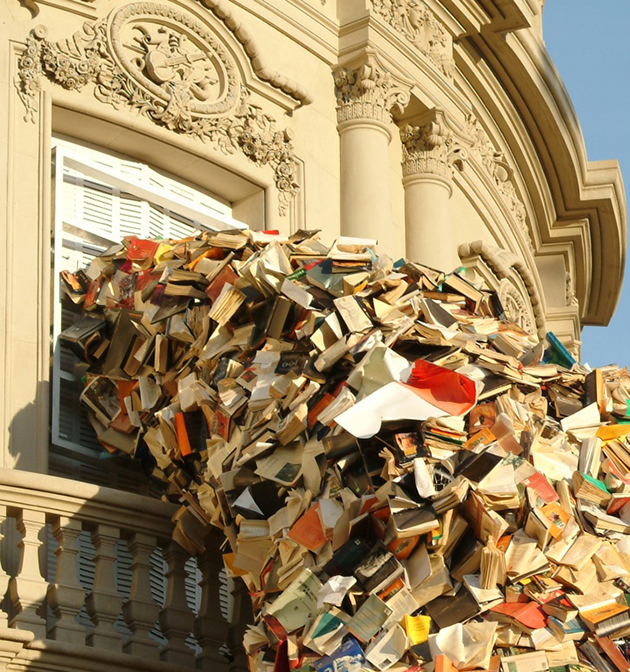 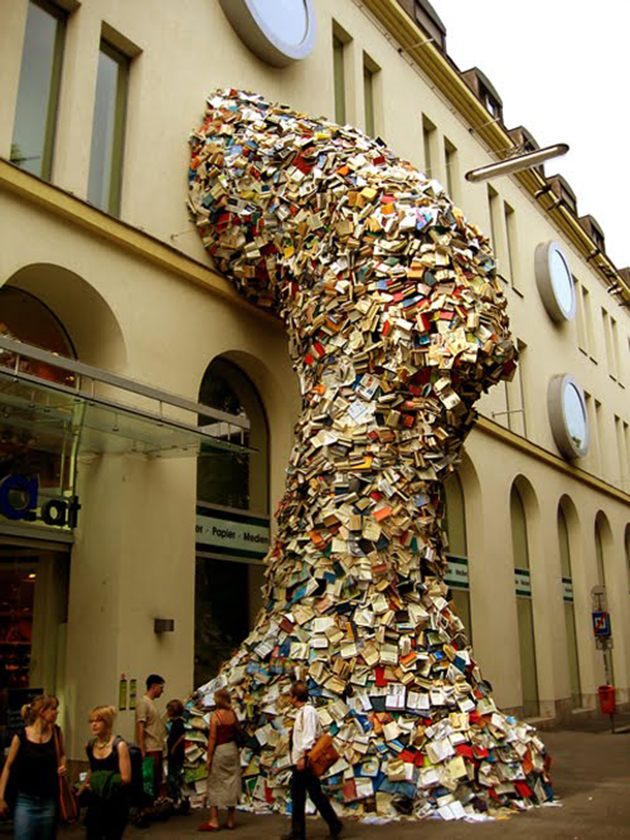 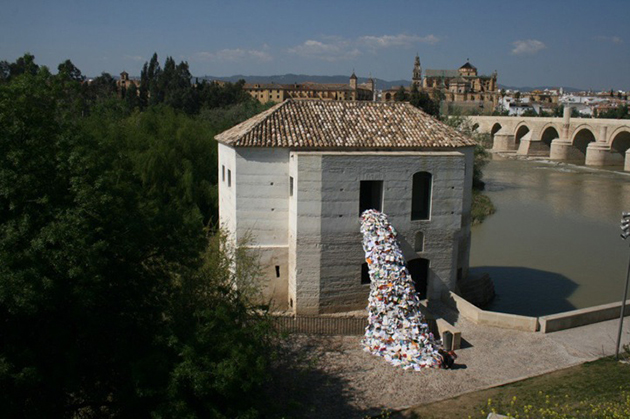 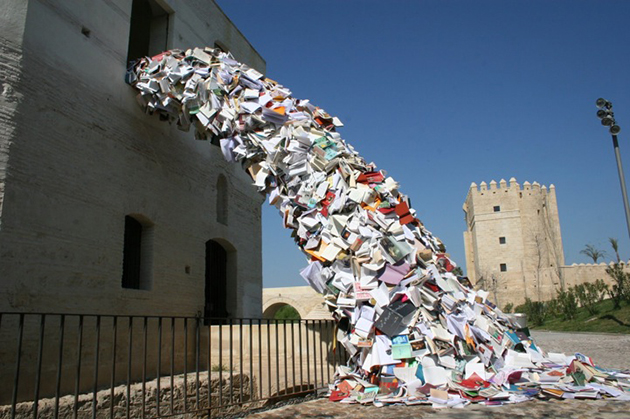 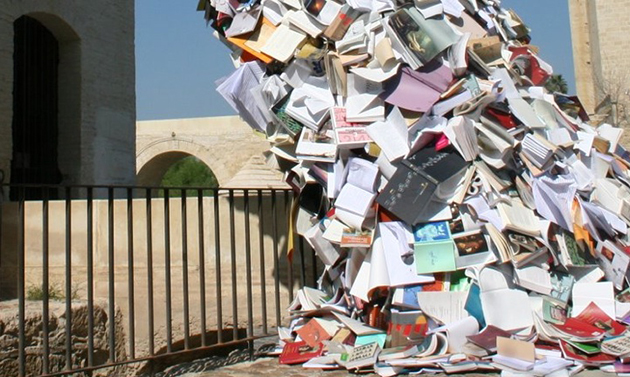 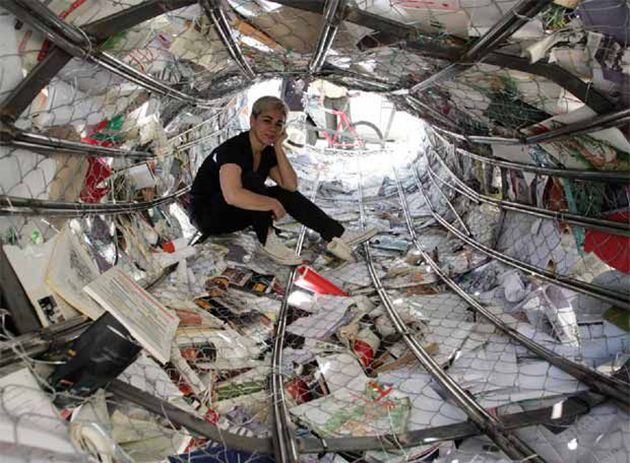