Before or after a natural disaster struck long ago, ancient civilizations would pay homage and try and appease their gods in hope of safety. These were usually done in the form of statues or shrines that depict said gods in the hopes of avoiding any disasters they may send onto them. Lorenzo Quinn of Italy is a sculptor who has taken this ancient tradition and put a modern slant on it.

The Force of Nature measures in at 2.5 m (8.2 ft.) shows Mother Nature swinging a globe around her body. Paying homage to Mother Nature herself was the ideal behind the sculpture after Lorenzo witnessed the devastation caused by recent natural disasters. 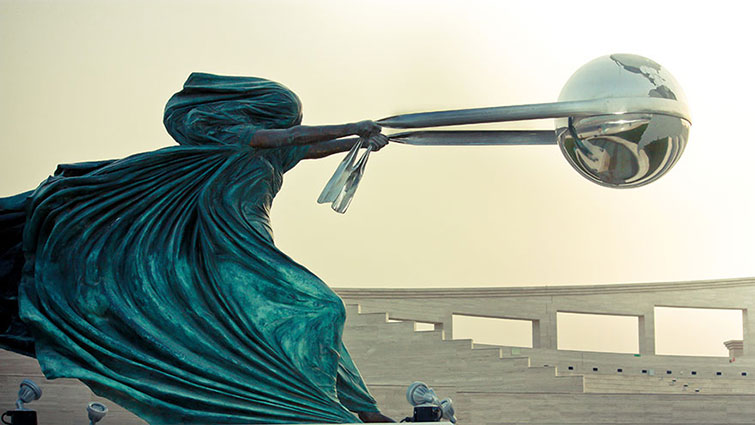 “After having seen the ravaged coast of Thailand and the Hurricane that affected the Southern States I decided to create a sculpture dedicated to Mother Nature,” Quinn explains on his website. “This would be reminiscent of the early statues made as peace offerings to the Gods in the hope of quenching their anger.” The sculptures actually have a presence across the globe, with Britain, the USA, and Singapore all featuring one. 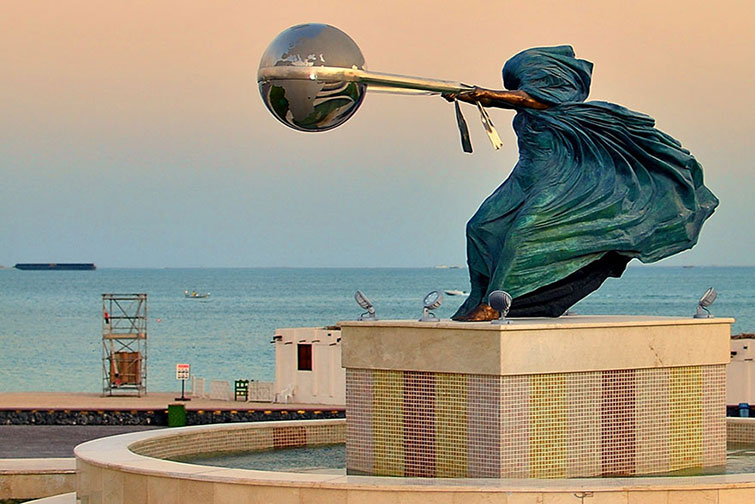 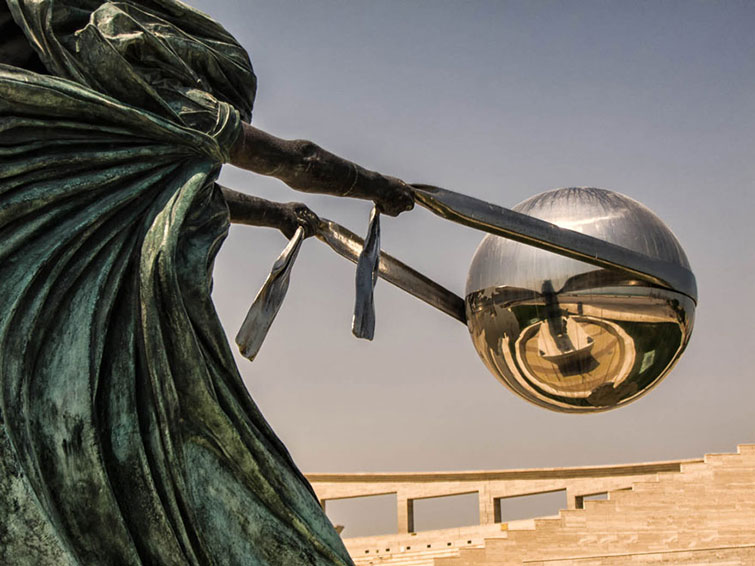 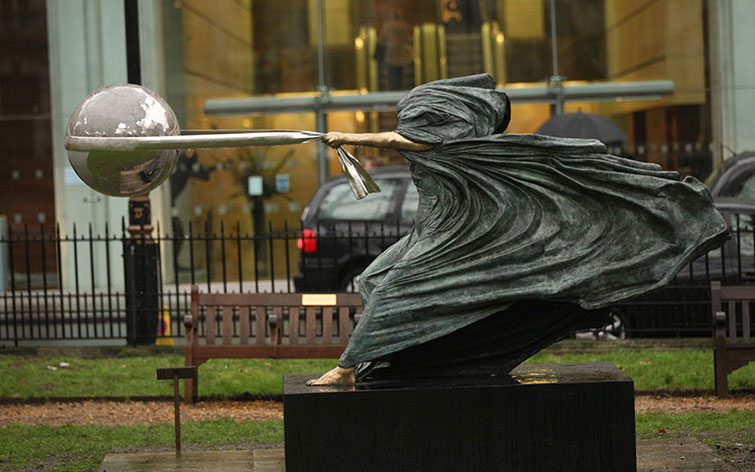 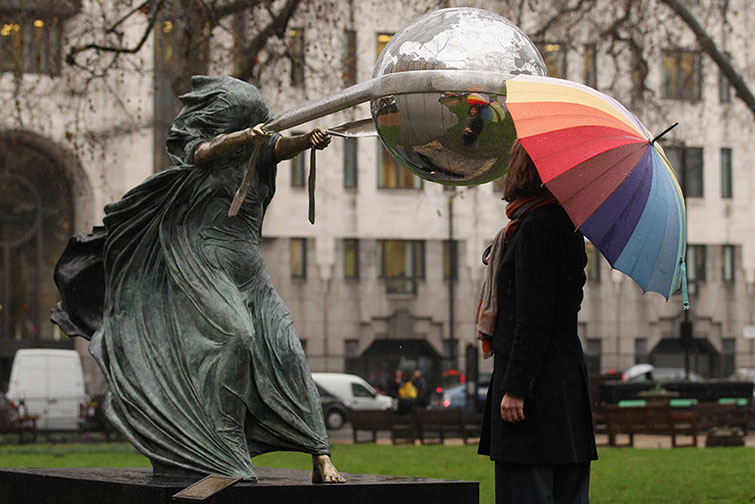 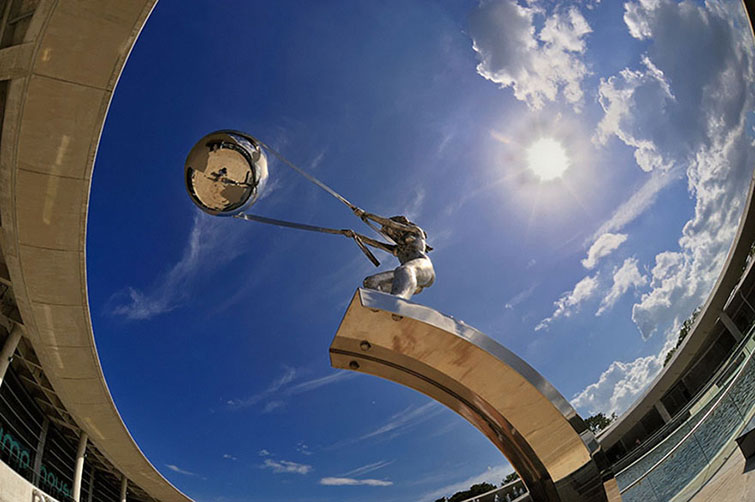 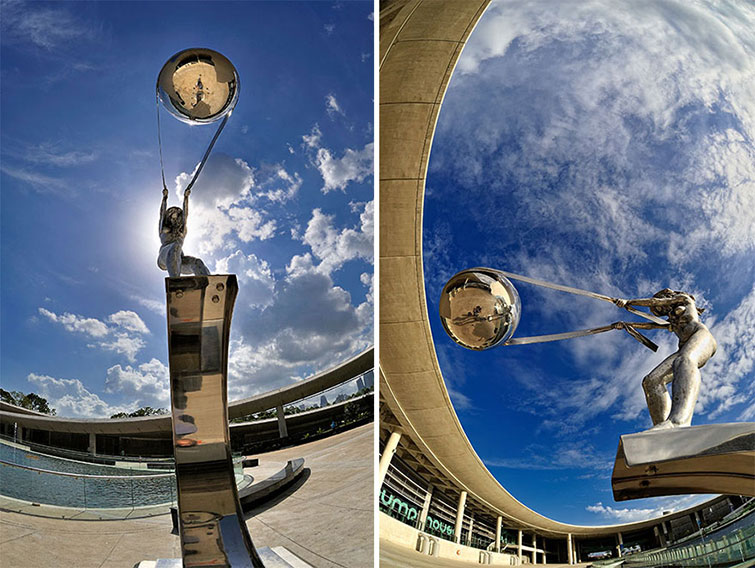 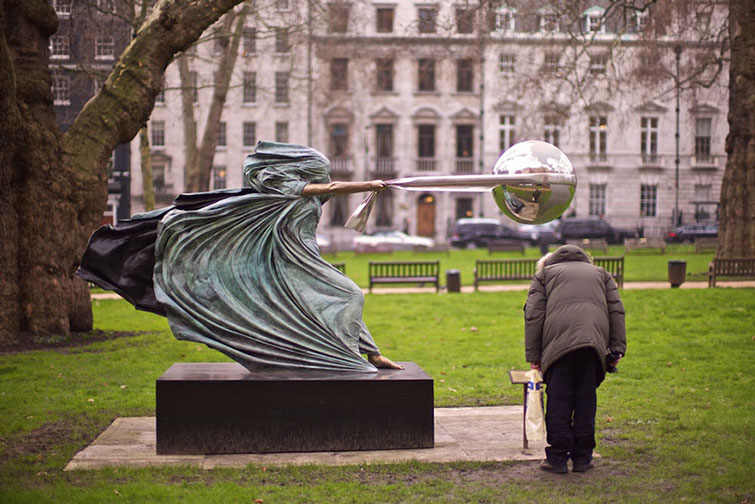 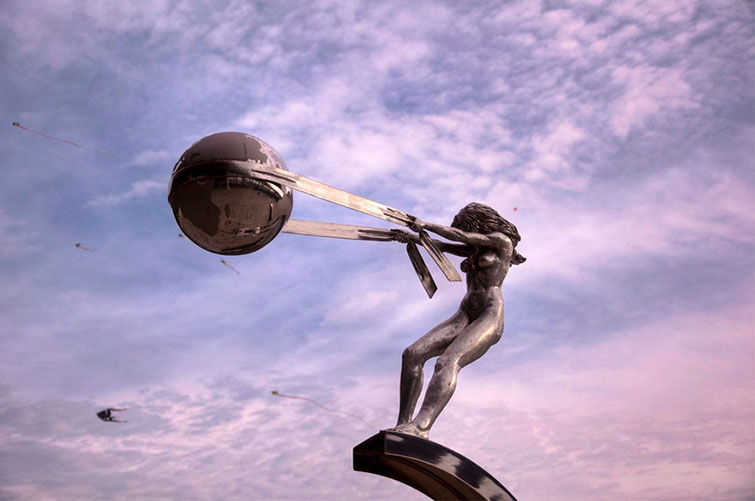