Pippin the deer and the story around it became famous when Hepburn played the role of Rima, the bird girl, in Green Mansions. William Henry Hudson wrote a novel in 1904 on which the movie Green Mansions is based and is commonly called as a romance of the tropical forest. She had to interact with flora and fauna in a setting that was based in a forest. As Ferrer, her husband then, wanted her to freely move along with the animals that were present in the film, he gifted her a fawn before they started the shooting. 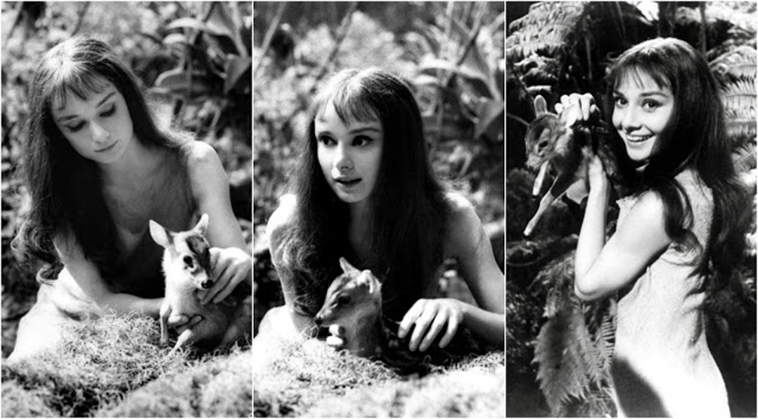 While she was still coming out of her previous movie – ‘The Unforgiven’ by John Huston, where she was terrified about horses, she was bold enough and did her own stunts.

Hepburn bonded with Pippin well and nicknamed it Ip. It was seen with Hepburn everywhere and after four months, she sent Pippin back to the animal farm and started cuddling with her dogs. 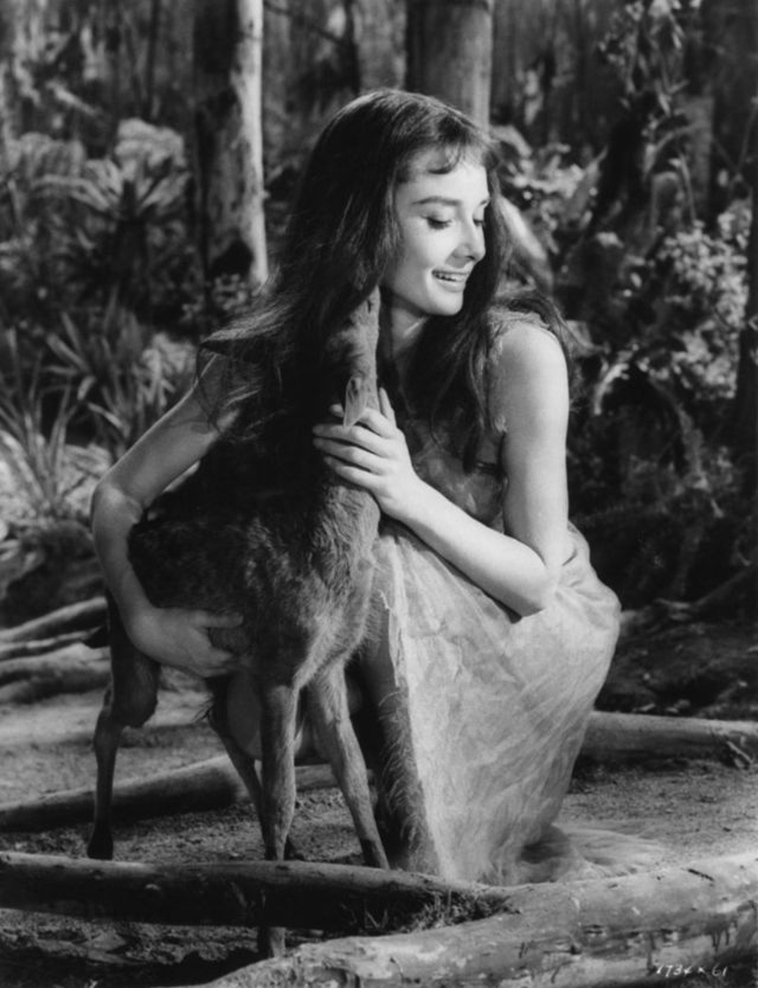 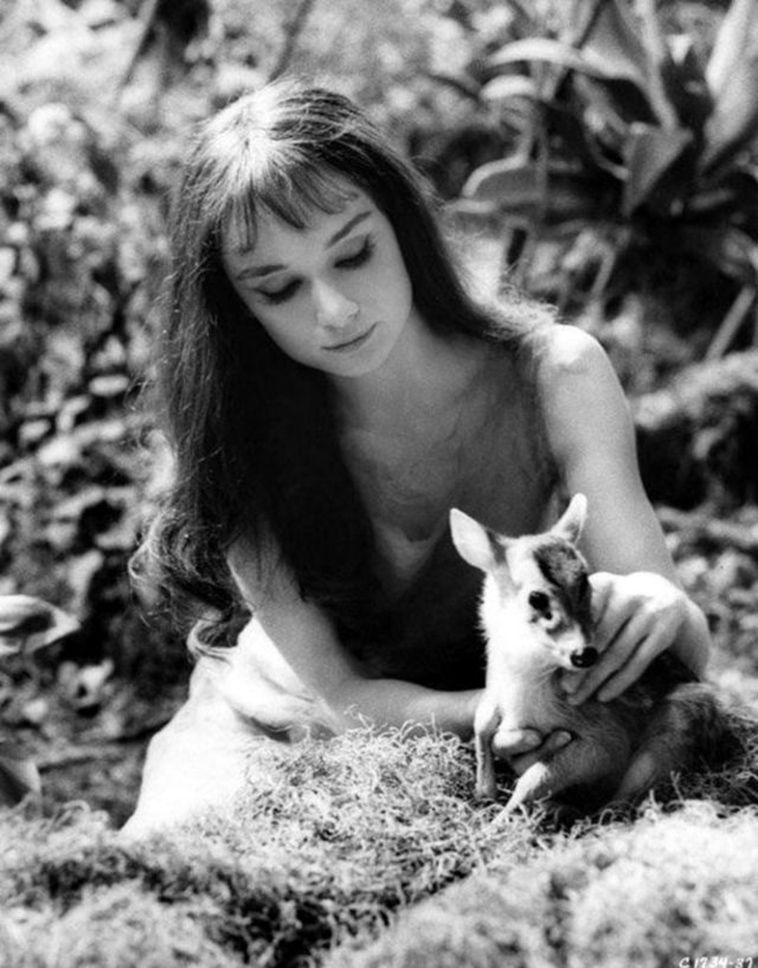 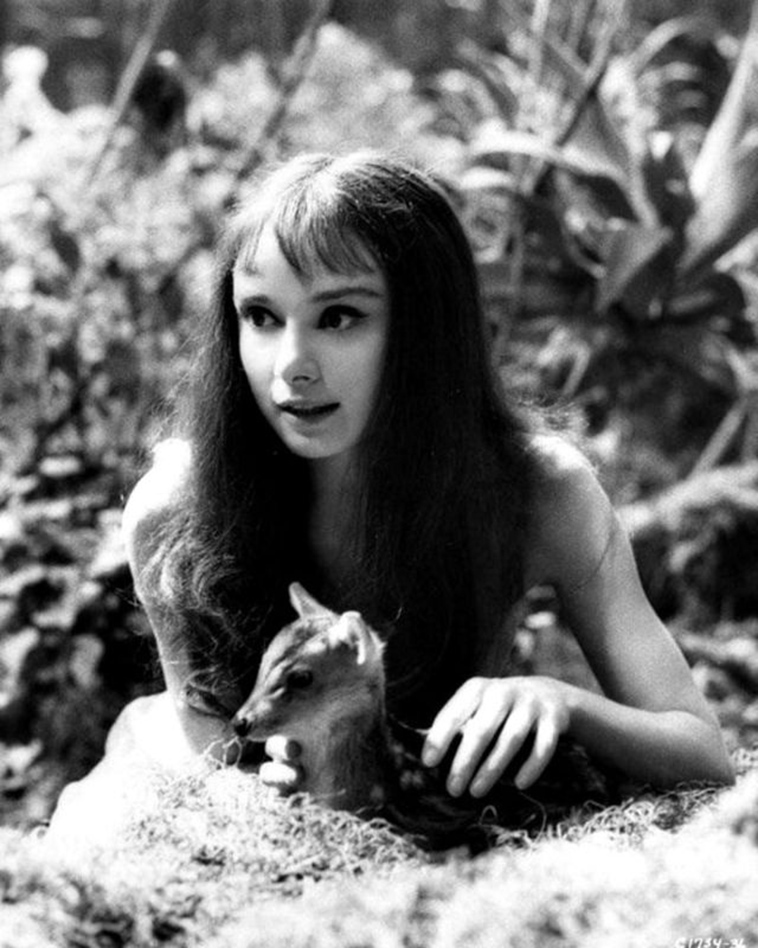 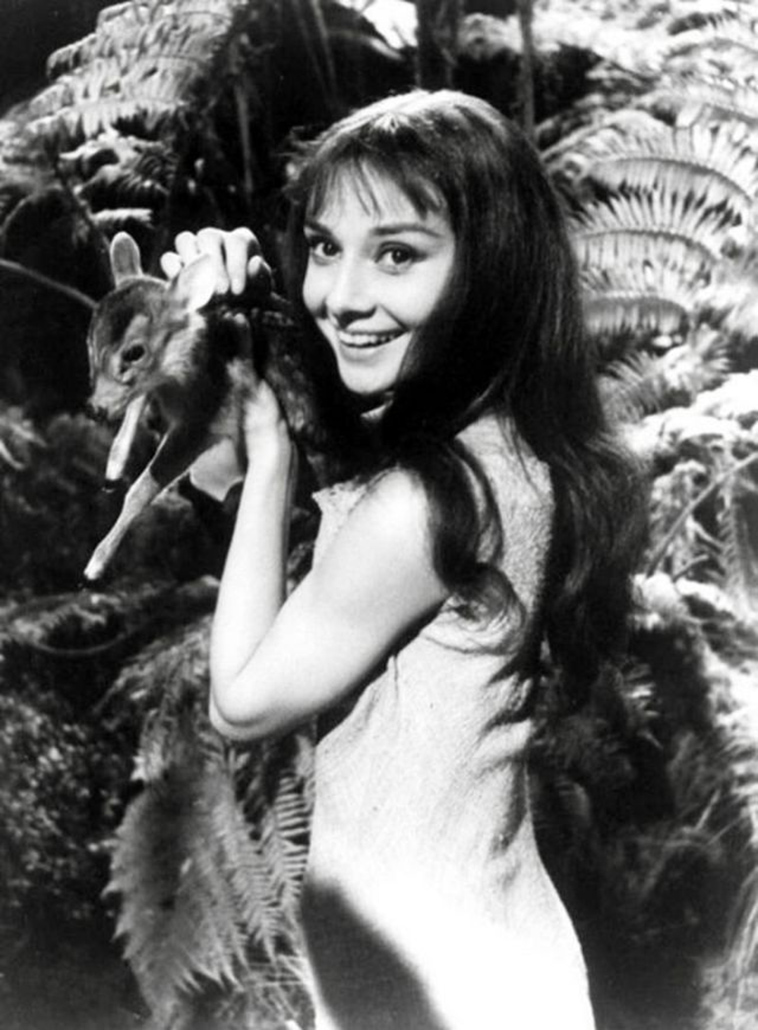 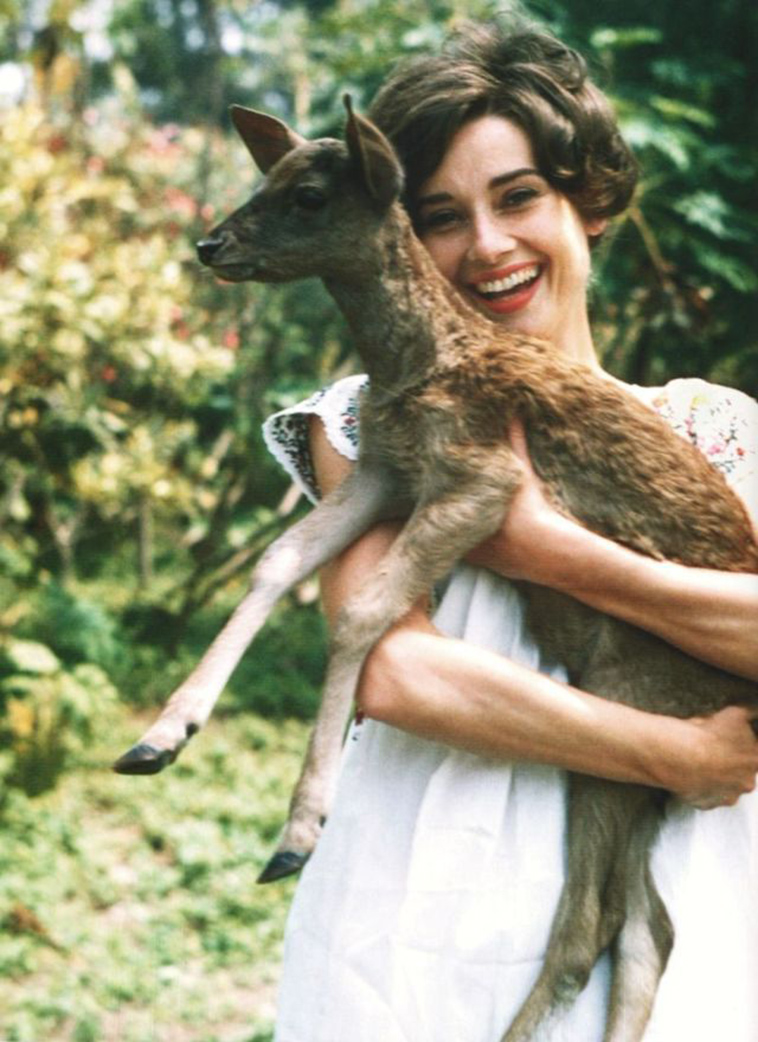 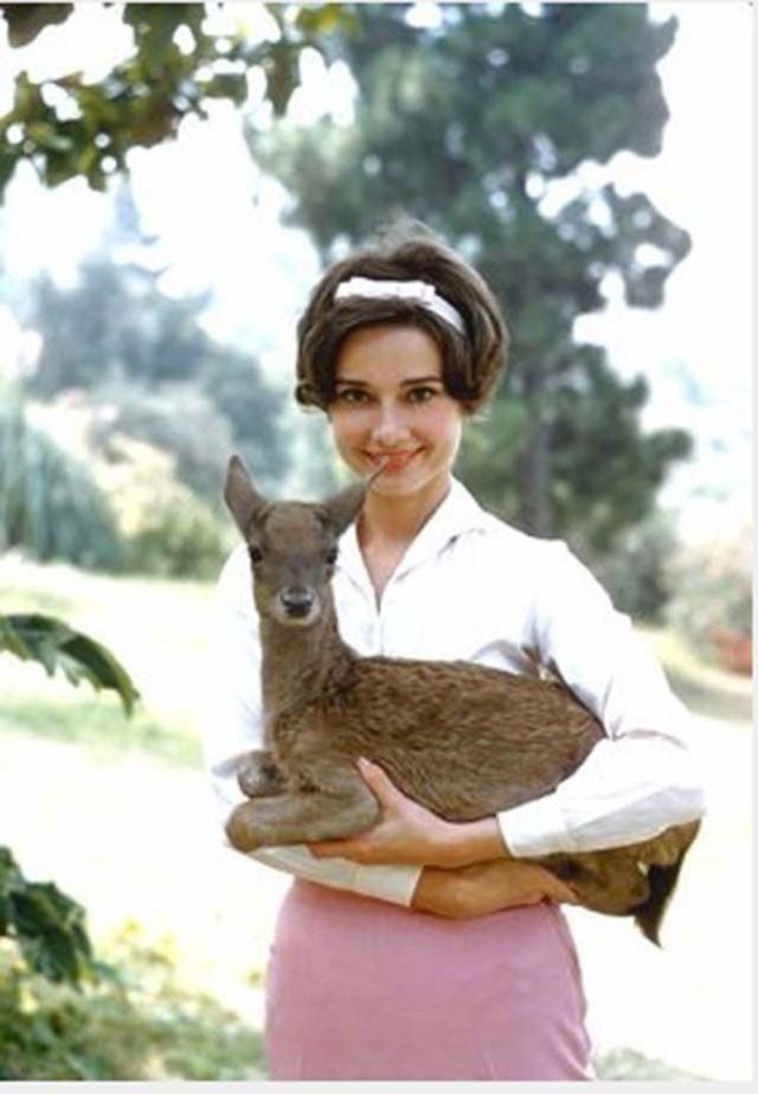 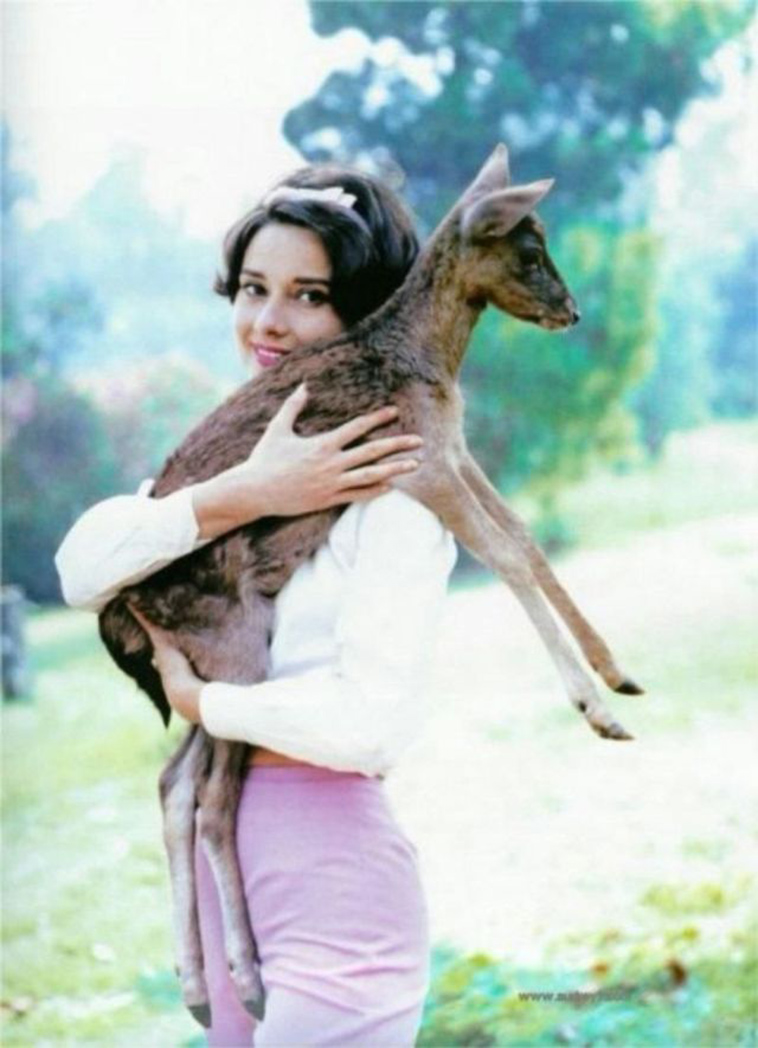 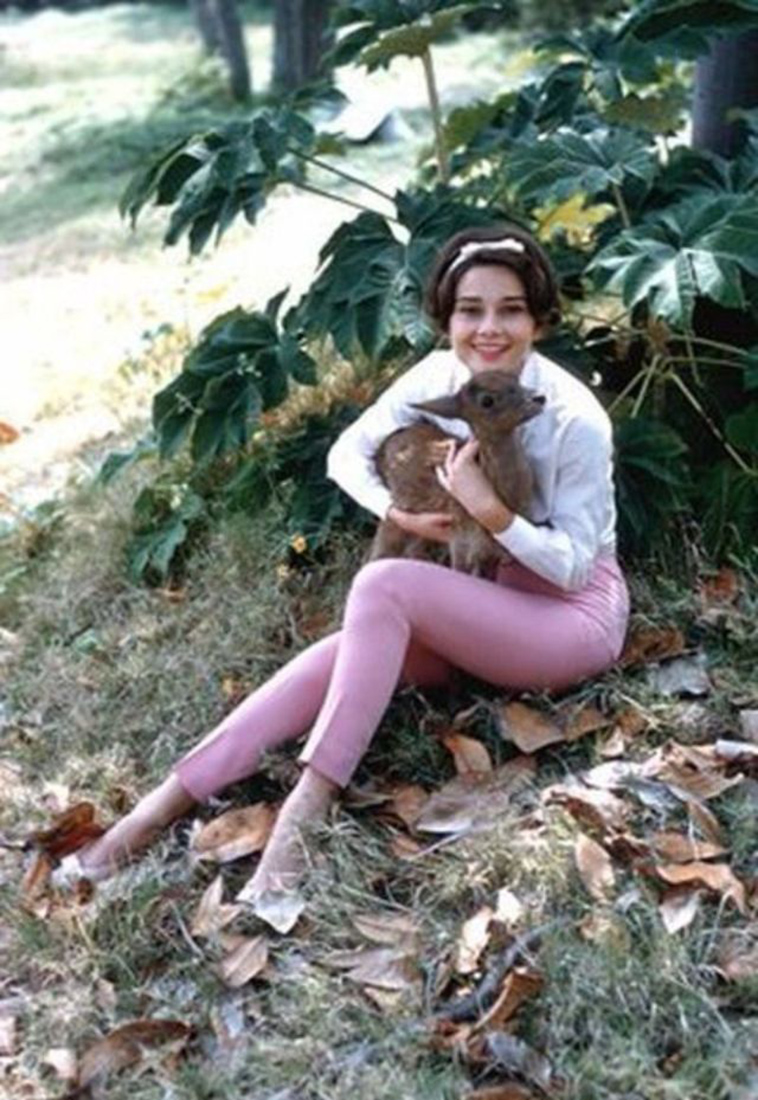 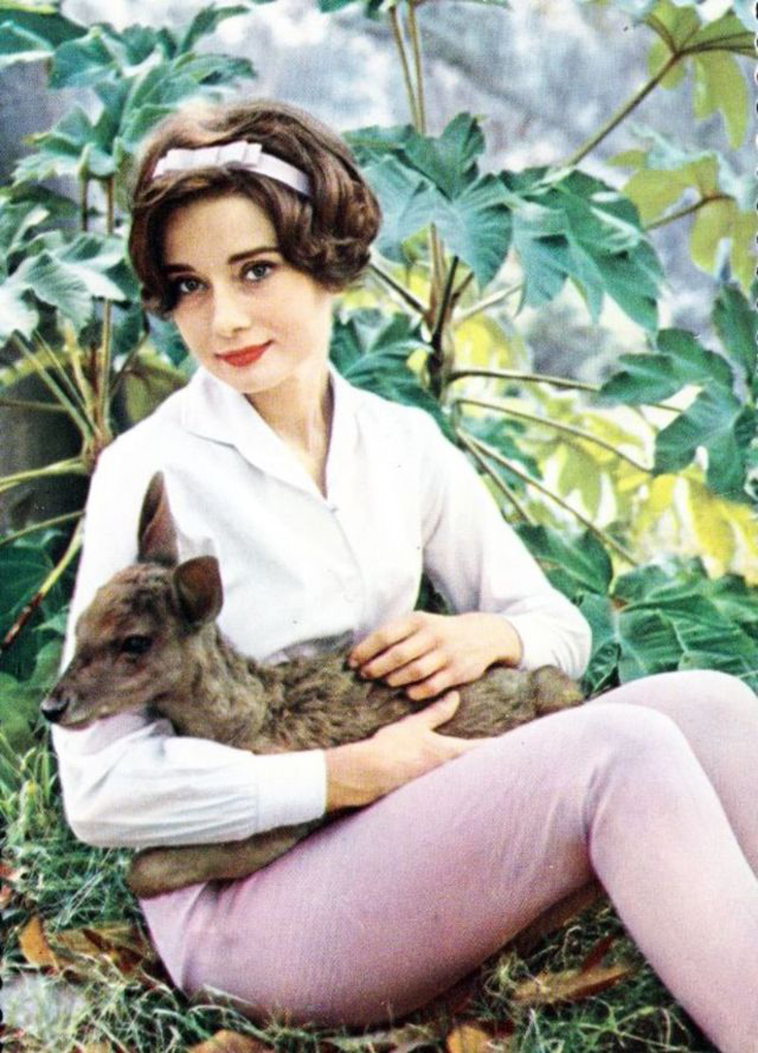 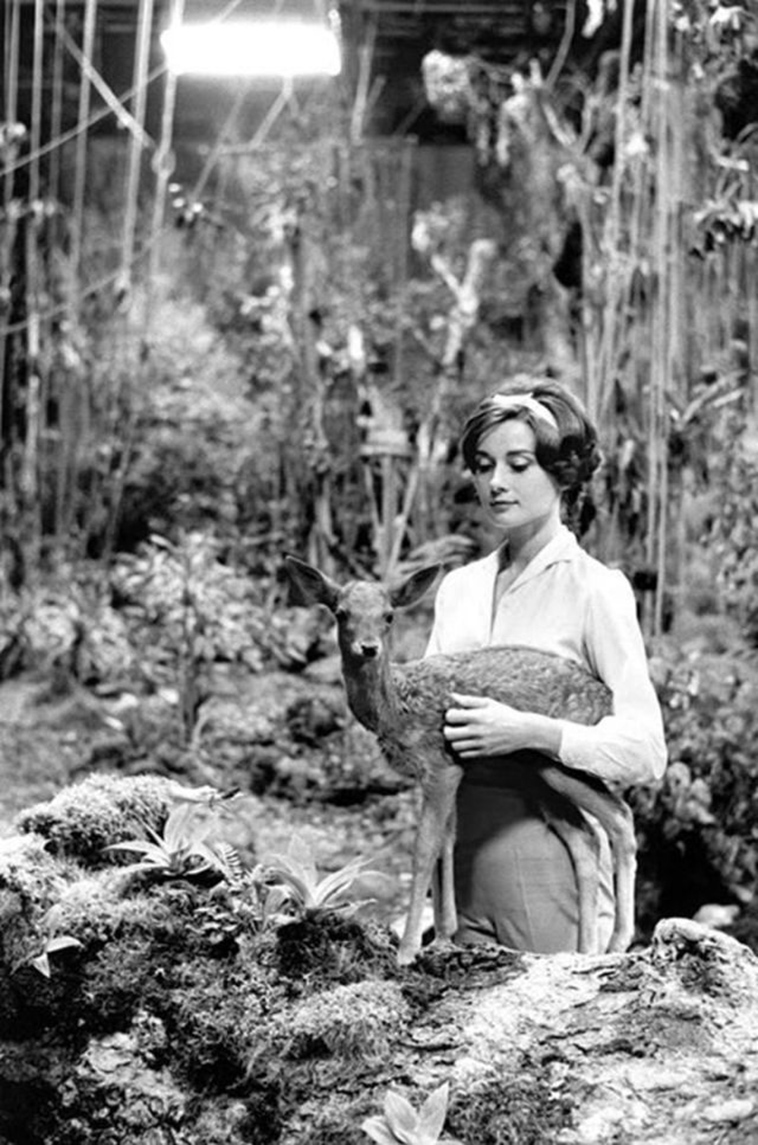 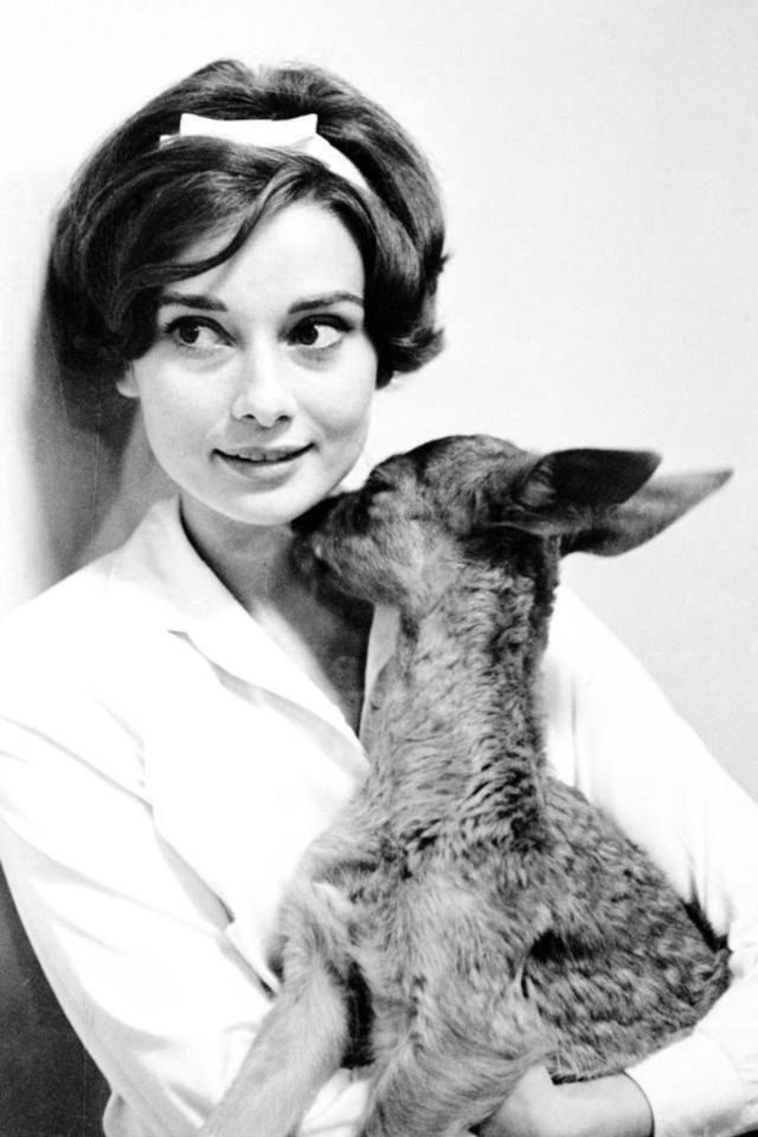