There were multiple swords present throughout history, but there is something special about the Sword of Goujian. Although it was crafted more than 2,500 years ago, it is still in an impeccable condition and it has actually been standing the tests of time. It was found in 1965 by a team of excavators in a tomb located in Hubei, China. 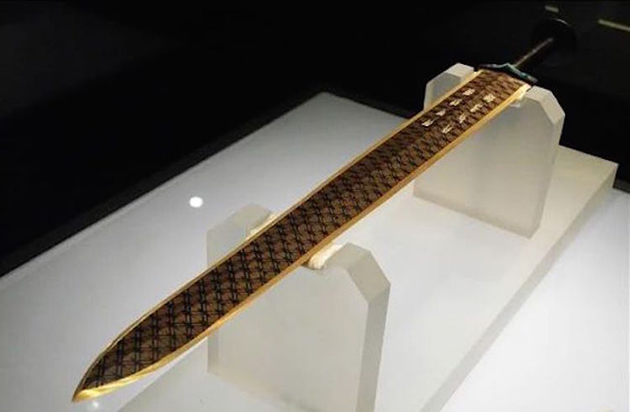 When the team found the sword, it was encased in an airtight box next to a skeleton and it must have been around 771 to 403 BC when it was laid there, as per archaeologists. The blade remained untarnished despite the damp conditions it was laying in, exhibiting unusual resistance since so many centuries. As per a test, it was found that it could cut through nearly twenty pieces of paper without any difficulty. 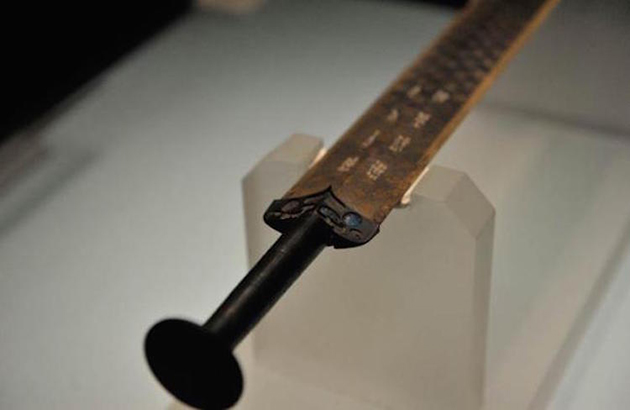 There were close to 50 tombs that were investigated and over 2,000 artifacts being obtained from these tombs, among which was a sword as well. It is 22 inches long and has repeating rhombi patterns on either side, along with intricate blue crystals and turquoise in concentric circles, making it a sword easily usable. It was forged using copper and tin and comprises of eight characters engraved in it. As per experts, this sword belonged to the King of Yue, who led China during a crisis! For people who wish to see the sword for real, they can visit the Hubei Provincial Museum! 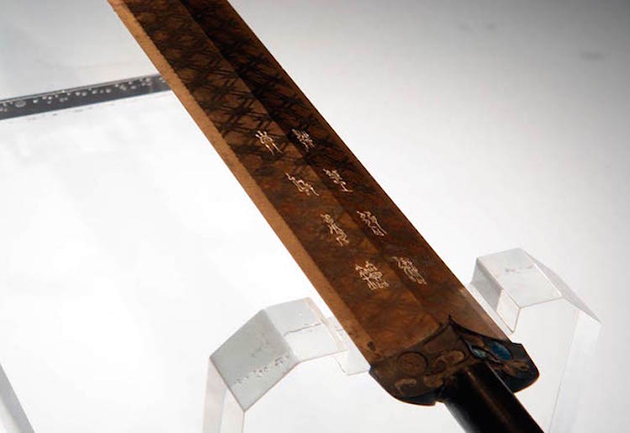 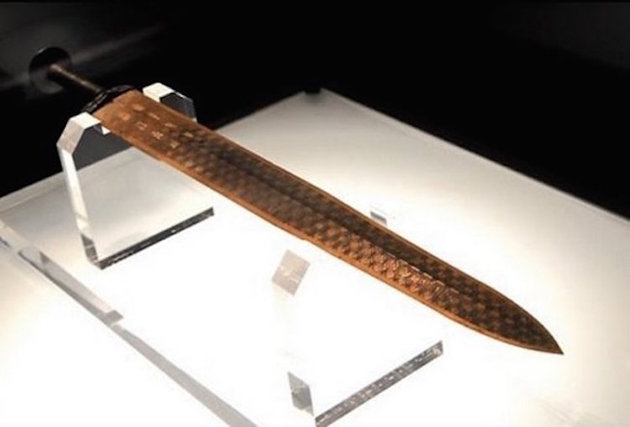